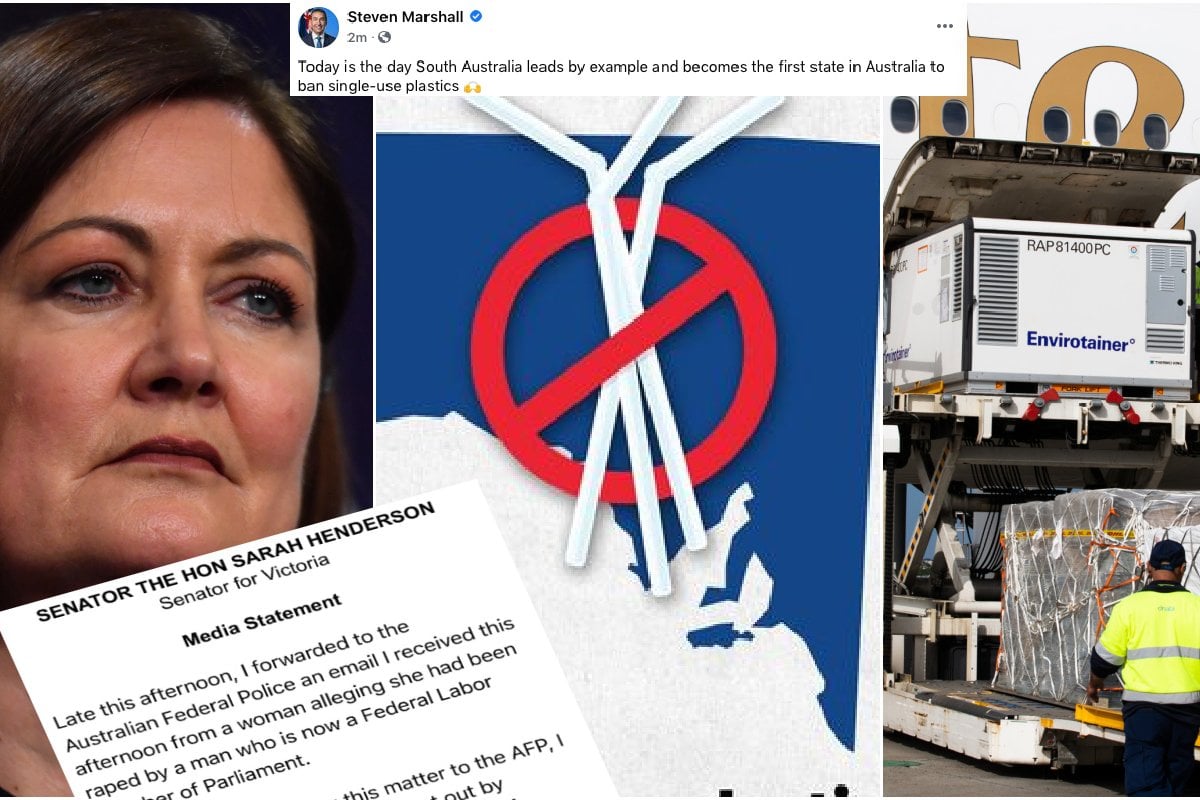 Both major federal parties are facing rape allegations against a man in their ranks after police were provided an email from a woman who claims she was raped by a serving Labor MP.

Liberal Senator Sarah Henderson on Sunday evening revealed she had sent the email to the Australian Federal Police.

"I forwarded to the Australian Federal Police an email I received (Sunday) afternoon from a woman alleging she has been raped by a man who is now a Federal Labor Member of Parliament," she posted in a statement on Twitter.

Ms Henderson said she passed on the email in line with advice from the head of the AFP, who last week urged all MPs to swiftly report alleged criminal misconduct.

The AFP confirmed they received a complaint relating to an historical sexual assault but would not comment further.

Scott Morrison is facing increasing pressure to respond to historical rape allegations against one of his cabinet ministers.

The prime minister, Labor senator Penny Wong and Greens senator Sarah Hanson-Young received a letter on Friday alleging the sexual assault took place in 1988 against a woman who took her own life last year.

Miller opened up to Four Corners in late 2020 about a consensual affair with Tudge which she said led to being belittled and humiliated by the minister, with her career allegedly blocked from progressing with a 'fake redundancy.'

Miller also attests to witnessing a culture of misogyny and harassment during her nine years at Parliament House, and the Sun-Herald reports she has enlisted Gordon Legal to proceed with a legal action.

Police have expanded their search for the remains of Sydney businesswoman Melissa Caddick to a third beachside location.

NSW Police are searching Cunjarong Point, 30km north of Mollymook on the NSW South Coast, where human remains washed up on Friday night days after a foot and shoe were discovered on a beach at Tathra.

Police have expanded their search zone in an attempt to locate more human remains belonging to missing fraudster Melissa Caddick.

The 49-year-old disappeared on November 12 last year after leaving her home for what her husband believed was a morning run at 5.30am. She is wanted by police for running an alleged Ponzi scheme - accused of taking millions of dollars from her family and friends.

One day before her disappearance, the Australian Federal Police raided her cliff-top home in Sydney's Dover Heights.

Scott Morrison says a new milestone has been achieved in the COVID-19 vaccine rollout with 300,000 doses of the AstraZenaca version landing in Sydney on Sunday.

#Breaking First 300,000 doses of OxfordUni/AstraZeneca vaccine have arrived today in Australia. Rollout to begin March 8 – once they clear TGA batch testing process. This is first of 3million doses coming from overseas and 50mil being made at CSL Melbourne. #COVID19 #AstraZeneca

Most Australians will receive the AstraZeneca vaccine with the rollout due to commence from March 8, subject to the TGA's testing process.

Australia started its vaccine program last week with the first injections of the Pfizer vaccine.

Almost 30,000 Australians had been vaccinated since last Monday, including 8110 aged care and disability residents throughout 117 care facilities. 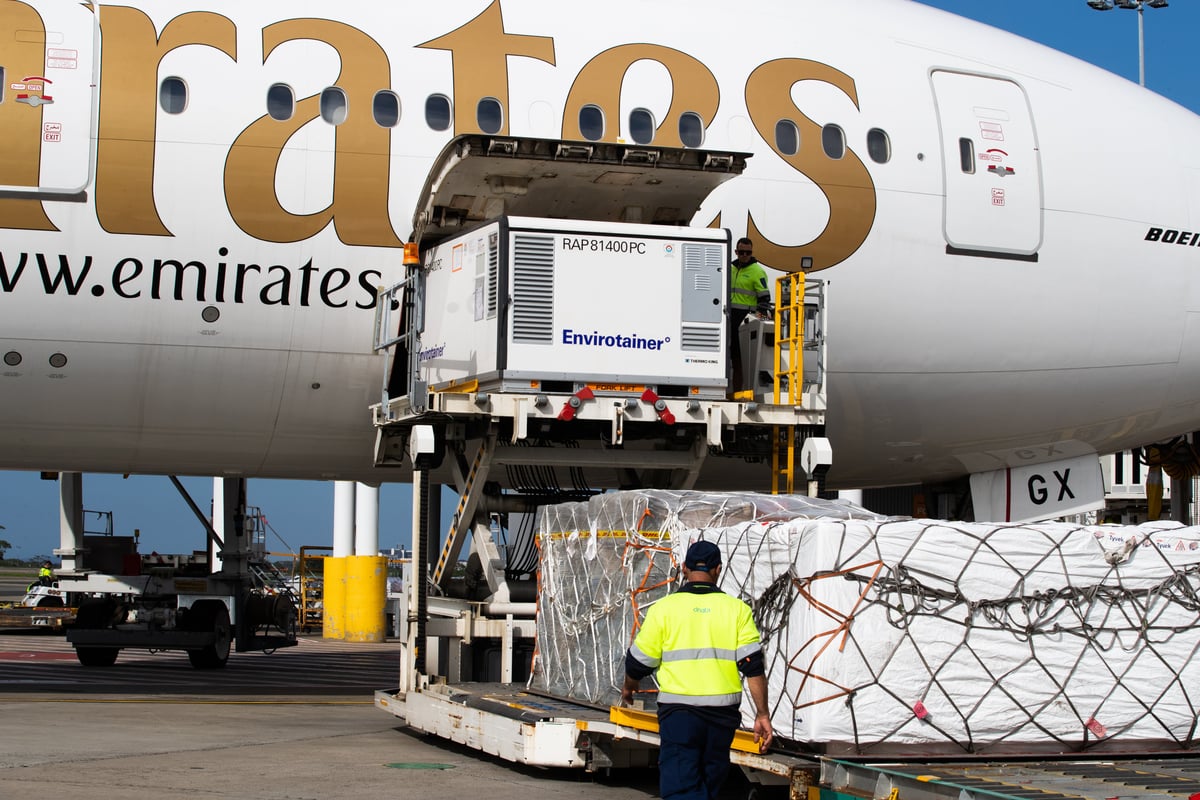 Container holding the AstraZeneca COVID-19 vaccine is removed from the Emirates airlines plane as the first vaccination doses into the country arrives at Sydney International airport on February 28, 2021 in Sydney, Australia. Image: Edwina Pickles/Getty.

The two commissioners charged with delivering the findings of the aged care royal commission have reportedly arrived at differing conclusions on how the sector should be reformed and funded.

The final report of the two-and-a-half-year federal inquiry was received by the government on Friday and is expected to include more than 100 recommendations.

However The Australian said the contrasting philosophical views of commissioners Tony Pagone QC and Lynelle Briggs has resulted in split findings.

Nurses are meanwhile calling on the Commonwealth to hastily address chronic under-staffing in private aged care homes in response to the report.

Rallies will be held on Monday outside the offices of seven federal politicians across Queensland by the state's Nurses and Midwives' Union.

The Australian said the report will be released on Monday, with an interim government response to follow.

More detailed commitments are expected in the May federal budget.

South Australia's nation-leading ban on single-use plastics, such as straws and cutlery, has come into force, with the government targeting other items to add to the prohibited list.

State parliament passed the legislation in September but the government delayed implementing the measures until Monday because of the COVID-19 pandemic.

Environment Minister David Speirs said the new laws ban the sale, supply and distribution of a range of single-use items.

He said more will be added to the list in early 2022 including polystyrene cups, bowls and plates.

Jacinda Ardern says the sheer number of possible exposure events has prompted Auckland into a second lockdown in a fortnight.

On Sunday, New Zealand's prime minister defended her decision to put the country's biggest city into a week-long snap lockdown.

This testing centre in Wiri has opened half an hour early as cars were already queuing to get a test - legends doing their bit as Auckland spends its first weekday in lockdown @1NewsNZ. pic.twitter.com/DouVwhBiw6

Ms Ardern called a 9pm press conference on Saturday announcing the return of restrictions for the second time in this month.

Auckland will be locked down at alert level three for the next week, while the rest of NZ moves to alert level two - which caps gathering sizes.

- More than 20 million people in the UK have now been given their first dose of a coronavirus vaccine.

- Prince Philip, 99, spends a 13th day in hospital in his longest-stay yet as the royal continues to receive treatment for an infection.

- Former US President Donald Trump will deliver the closing speech at a conservative conference on Sunday, making it clear he intends to remain a dominant force within the Republican Party.

- The 78th Golden Globe awards get underway at 10AM AEST this morning, with titles like Mank and The Crown, and streaming platform Netflix dominating the nominations.