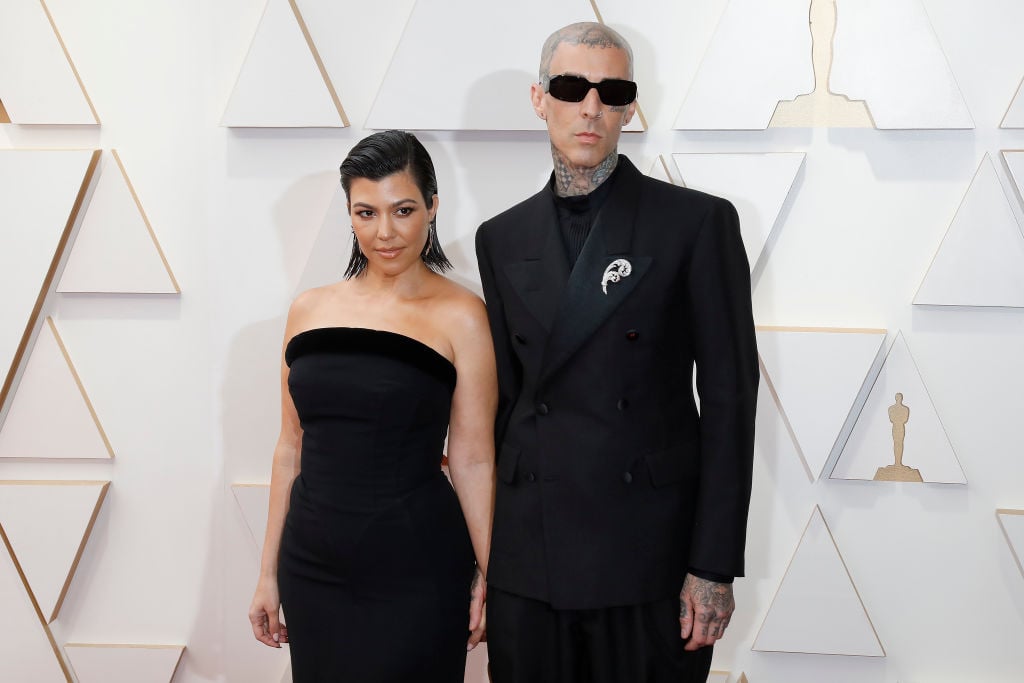 Commenting on how a woman's body looks is never really okay.

Speculating on the size and shape of a woman's tummy and questioning whether she is pregnant? Well, this is particularly cruel when you know she is having fertility issues.

Kourtney Kardashian is the latest in a long line of female celebrities to have her stomach publically scrutinised after wearing a fitted black dress to the Oscars with fiancé Travis Barker.

A Twitter user commented, “Am I the only one who thinks Kourtney Kardashian looks pregnant in her Oscars [sic] pics?" while someone else helpfully tweeted, "Kourtney Kardashian is 200 percent pregnant [sic]. She’s never had that big of a belly. Maybe it's just happy weight idk.”

What makes these and countless other tweets, as well as news articles, even more invasive is that the couple have recently shared their decision to go through IVF.

For thirty-four-year-old teacher Anna, the speculation and questioning around her tummy and fertility began shortly after she got married, three years ago.

"I work in a catholic school and as soon as I got married, the questions about whether we were 'trying' for a baby began," Anna says.

"People would obsessively watch to see if I was drinking coffee at school or alcohol on nights out. If I wore loose clothing I would get questions like, 'what are you hiding under that top?'"

"There was one friend who I felt quite anxious to see," Anna recalls.

"I ended up bursting into tears on one occasion. It was too much and that person just didn't understand the gravity of what they were asking."

While it was mostly older women at work who made the comments, Anna says in some cases it was friends and even their partners who would directly ask about pregnancy in social situations.

When she started IVF, she eventually had to ask certain people to just stop.

Listen: The Quicky discuss the mental load of IVF. Post continues below.

Thirty-one-year-old Leanne*, who recently got engaged, started her IVF journey in July 2021.

"I’ve had three failed IVF cycles and the questions and speculations about my fertility never end," Leanne says.

"At a friend's barbeque recently, my belly was bloated because of the IVF treatment. A four-year-old poked my stomach and asked, 'what’s in there'. A bystander saw this exchange and headed over to my partner to say congratulations. But we were not pregnant."

Since that day Leanne has been conscious of wearing anything too tight or too loose which might lead to speculation, but like Anna, says the questions aren't always based on her clothes.

"At a hens' party, I was discretely trying to hide the fact I wasn't drinking, and I was busted, so the whole group asked me if I was pregnant. I’ve been fairly open about my journey, so I had to tell them I'd just had an egg transfer.

"Ten days later I found out that transferred failed, so following the hens' party, I had a whole new list of people to update about my 'failure'."

Anna tried the same tactic of being open with people to stem the flow of constant questions, but found the updates and explanations emotionally draining.

"People don't understand terms like 'egg collection' so I have to give them a mini education on the process and then they want constant updates which I don't always want to give.

Leanne says that dealing with the constant questions about pregnancy is a challenge that she didn't expect and is still learning how to deal with.

"I find the baby questions triggering and unrelenting, but I’m also so aware that it’s my current stage of life.

"My friends are either pregnant, or new mums to their second baby. I adore all the babies and kids surrounding me, but the time I spend with them also comes with a bit of pain.

"I don’t want my friends to withdraw or step on eggshells around me due to sympathy. I also despise pity, so my response to any fertility questions has defaulted to a nonchalant and light answer, despite the weight that it can hold."

Other female celebrities who can relate to the non-stop challenge of deflecting such weighty personal questions are Hailey Bieber and Jessie J.

On Instagram she simply wrote, "I'm not pregnant leave me alone."

She has previously told the media that at age 25, she feels too young and wants to wait for motherhood and kick some career goals first.

Jessie J suffered a miscarriage in 2021 and while she has spoken openly about that, she commented last week on her Instagram stories that she wishes people would stop speculating on her or anyone's body. 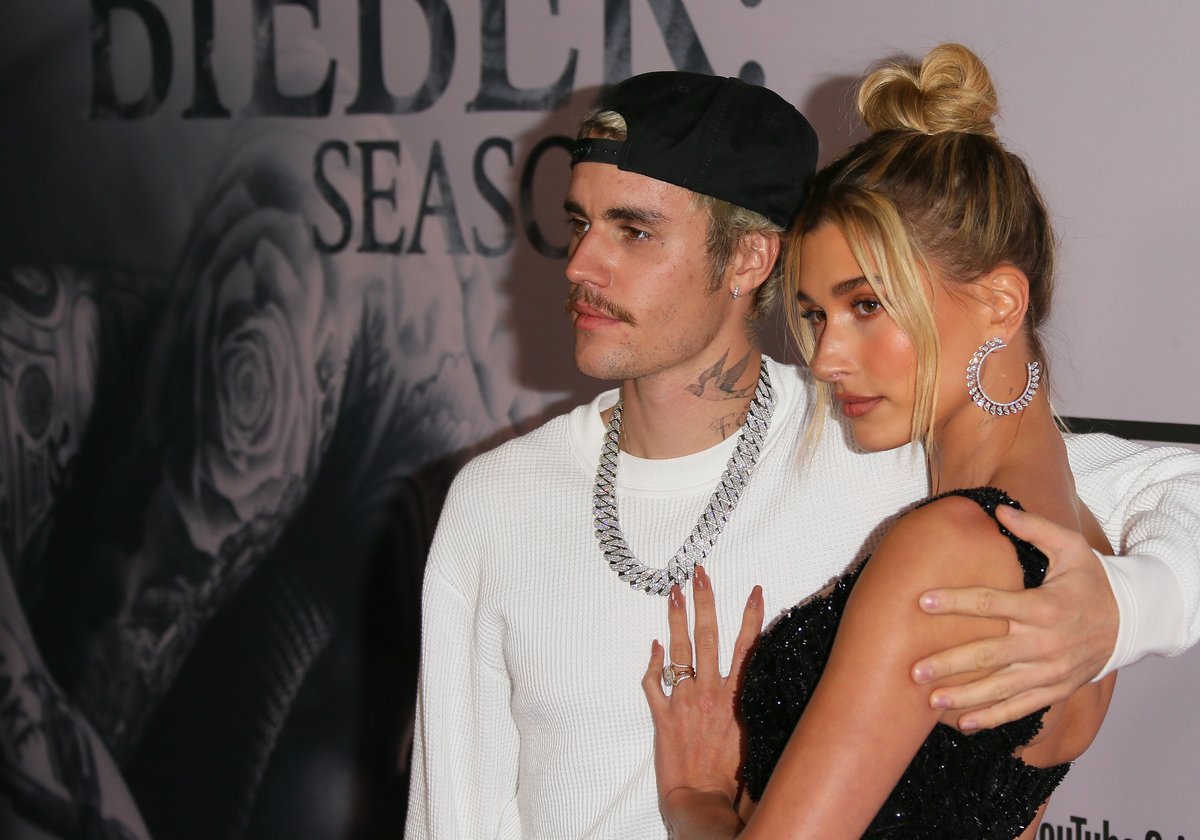 "Stop commenting on people's weight. Anyone. Just stop. Or telling someone they look pregnant for sure. Or you look skinny. Just anything. Just stop," she wrote.

"Someone literally just asked me if I was pregnant. 'You look pregnant.' And they also knew of what I went through last year and told me their thoughts on that and how I should have handled it," she said.

"So strange and damn bold. I would never."

Anna believes that most of the time, the people who ask personal questions of her are not malicious, rather they are making small talk or even wanting to celebrate good news.

"I understand people want to celebrate happy pregnancy news, but I don't think they always understand what they are asking. I get particularly upset when people give me a 'what will be will be' type toxic positivity platitude or say, 'don't think about it and it will happen'.

"When you're taking supplements, exercising, having injections, saving and spending money and having multiple doctor's appointments - it's impossible not to think about it."

Anna suggests that a sensitive approach is always best.

"Maybe I've just had a chat with my doctor about my IVF plan, spoken to a nutritionist about weight loss, or had a psychologist appointment that's left me feeling raw.

"Start by checking in with me generally, rather than asking specifics about my IVF journey, and that way if I want to talk to you, I will."

"Friends can also take the pressure off by educating themselves on some IVF basics, and really I think the best thing someone can say to me is, 'I'm sorry' or 'that must be really hard'.

*While this person is known to Mamamia, their name has been changed for privacy reasons.

Reply
Upvote
2 upvotes
I've had so many intrusive questions about pregnancy from work colleagues over the past 16 years. Groups of older women are the worst offenders. It's awful the way women who aren't mothers are treated as 'other.'
A
alessandra.z87 2 months ago