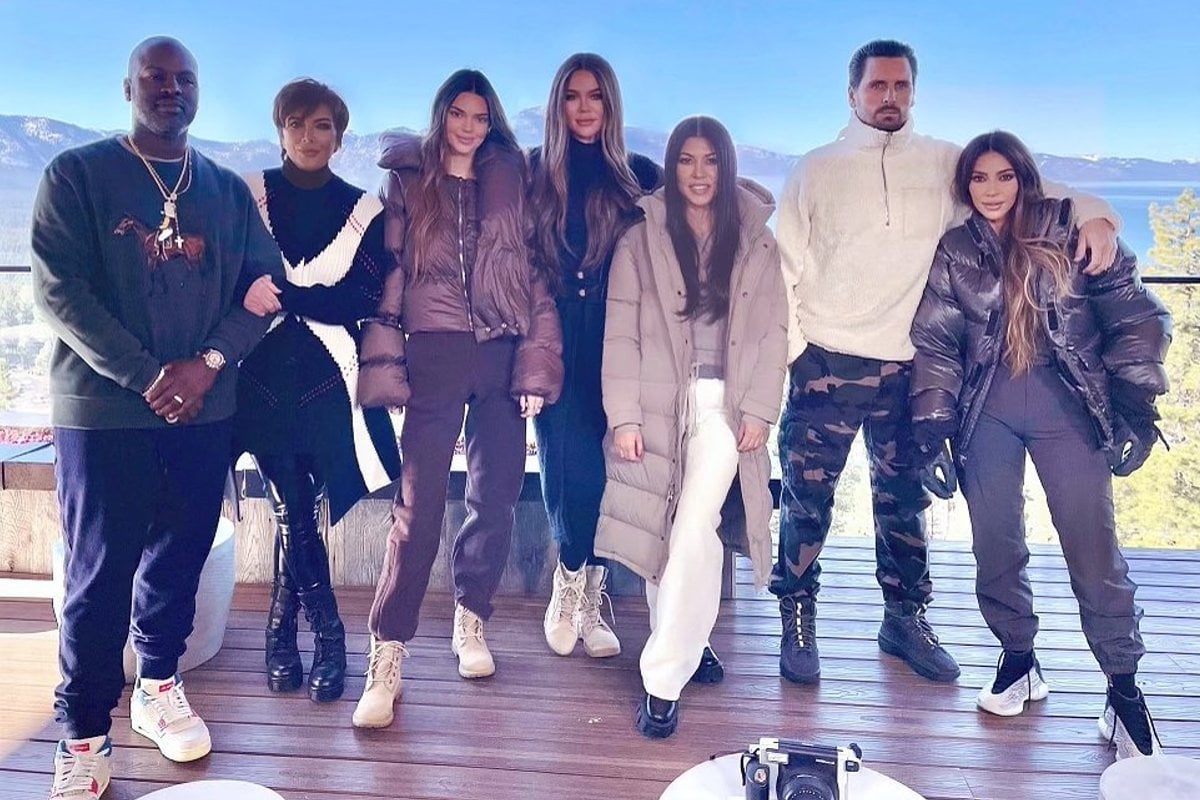 After 20 seasons and over 200 episodes, Keeping up with the Kardashians is coming to an end.

Over the past 14 years, we've watched the family get married, have babies, get divorced, and create multi-million dollar empires (among many other things).

Watch the trailer for season 20 here. Post continues after video.

While the Kardashians have shown us almost every aspect of their wildly dramatic lives on-screen, there are still plenty of lesser-known facts about the iconic TV show.

Here are 15 things you (probably) didn't know about Keeping up with the Kardashians.

1. There were other potential names for the show.

Before the first season aired in 2007, producers struggled to come up with a name for the show.

In an interview with The Hollywood Reporter, Damla Dogan, the senior vice president of development and programming at E!, said there were two contenders: "Kardashians: Krazy with a K" and "Living Kardashian", but neither stuck.

One day, when executive producer Farnaz Farjam turned up to a meeting without ideas, she apologised saying she was "too busy keeping up with the Kardashians".

Boom. The name was born.

2. Only Kris can review taped footage.

While Kris, Kim, Khloé and Kourtney are all executive producers of the show, Jenner is the only one allowed to review taped footage.

"There are no exceptions and she can nix anything she doesn’t like," a source told OK! magazine, via Mirror.

3. The sister who hated filming the most.

In an interview with Hayu, Farnaz Farjam shared which sister loved filming the most - and who loved it the least.

"I would probably say Kim," she said of who enjoyed filming the most, before sharing which sister didn't like being on camera.

"I would say Kylie likes to film the least, but she’s actually way more present in the final season – probably because it was season 20 and it was coming to an end," Farjam said.

"If you think about the last few family trips that we did, Kylie was missing – but she came for this one, and she was definitely way more present this season."

One question on everyone's mind is how much the stars make for the reality show. And of course, it's a lot.

According to TMZ, the Kardashians signed a $150 million deal for five seasons in 2017.

After Kris takes her 10 per cent managing fee, the final amount is $135 million USD (or $27 million a season) for Kourtney, Kim, Khloé, Kendall, Kylie and Kris.

In a 2017 interview with Ellen, Kris shared that the family divides the money equally. Meaning, she and each sister receive $4.5 million a season.

"Everybody gets paid pretty much equally, because we all film a lot and we all work hard, and we’ve created this show and this brand for the last decade. Everybody’s happy," she said.

The production crew can be sneaky at times and add stuff into episodes that might have nothing to do with that particular episode. The added content will allude to things that will take place further along in the season.

So while the show isn't scripted per se, producers have events and timelines they prepare for.

6. The crew were gifted Rolexes.

After filming the family for over a decade, the crew was given a sweet (and expensive) parting gift.

According to TMZ, after the final season wrapped in January, Kim Kardashian and co gifted each crew member a Rolex watch, valued at about $10,000.

7. There's controversy about who came up with the idea for the show.

In Caitlyn Jenner's memoir The Secrets of My Life, she implied she came up with the idea for the show, not her ex-wife Kris Jenner.

"The house is awash in puberty and adolescence and young adulthood and two parents with very different styles, it seems to me something is there for television," Caitlyn recalls telling Kris in the book.

However, Kris fiercely denies the claims.

"It’s so absurd. I’m not sure what the motivation was for her to say something like that. Maybe somebody should remind her that it’s called Keeping Up With the Kardashians," she told The Hollywood Reporter.

8. Kris has Google Alerts on her kids' names.

In a 2014 episode of Beyond Candid With Giuliana, Kris Jenner admitted that the only way she can keep up with the Kardashians is via Google Alerts.

"Sometimes I want to know where everybody is," she said. "I have a Google Alert on the kids. I'll go, 'Wait, oh that's right. They're in Italy.'"

9. Kim is the most involved.

Out of all the sisters, Kim Kardashian is the most involved in the show. She even hints at where the crew will find the drama.

"I'm very aware of what fans want to see," she told The Hollywood Reporter.

"I think if you ask the crew, I probably produce the most because I know what my sisters might not be sharing. So I'll tell them, 'Go over to Kourt's house right now. Something is going on.'"

While the family is known for sharing everything, warts and all, Khloe admitted she never wanted to film her spin-off TV series, Khloé and Lamar.

"I never wanted to do Khloé & Lamar, my ex-husband did," Khloé said. "He has his career, but he really fought for it. I said, 'You have to go into E! and promise them that you have the time.'"

"He sold it, and I let it happen because I wanted him to be happy, but I was the one who cancelled it," she said. "It was way too much."

Kourtney Kardashian has since admitted that airing her breakup with Scott Disick was the "hardest episode to film".

"The hardest episode to film was my breakup with Scott," she told The Hollywood Reporter.

"I had a lot of anxiety about it, and finally said let's just get this over with. I sat down and started crying. You go through something, and then you move past it. Then you do your interview, and get all riled up again. And then you see the episode, and start seeing all these comments."

12. The family had brand new iPhones dropped off each week during the pandemic.

In an interview with Elle, Farnaz Farjam shared that during quarantine, the Kardashians were given new iPhones every week to shoot the show.

Every Monday, a showrunner would drop off the phones to their security teams and pick up the ones from the previous week. The phones would contain around 16 hours of footage - just enough for the editorial department to string together a storyline for each episode.

While live-tweeting the show, Kim Kardashian confirmed that everyone who appears on KUWTK is required to sign a non-disclosure agreement (NDA).

There are also rumours that Kris keeps a stack by her front door.

As the Kardashian women are known to work 365 days of the year, it's no surprise that their employees do too.

"She’ll call me at 2am and I will answer, I don’t really have set hours. It’s pretty much whenever duty calls."

Despite all their apparent demands, makeup artist Hrush Achemyan said the Kardashians were the "kindest clients" she's ever worked with.

"They found me through Instagram, which is crazy. And then we had mutual friends," Hrush told People in 2016.

"Their beauty resides from within. They are probably the kindest clients I’ve ever worked with."

For more on the Kardashians: