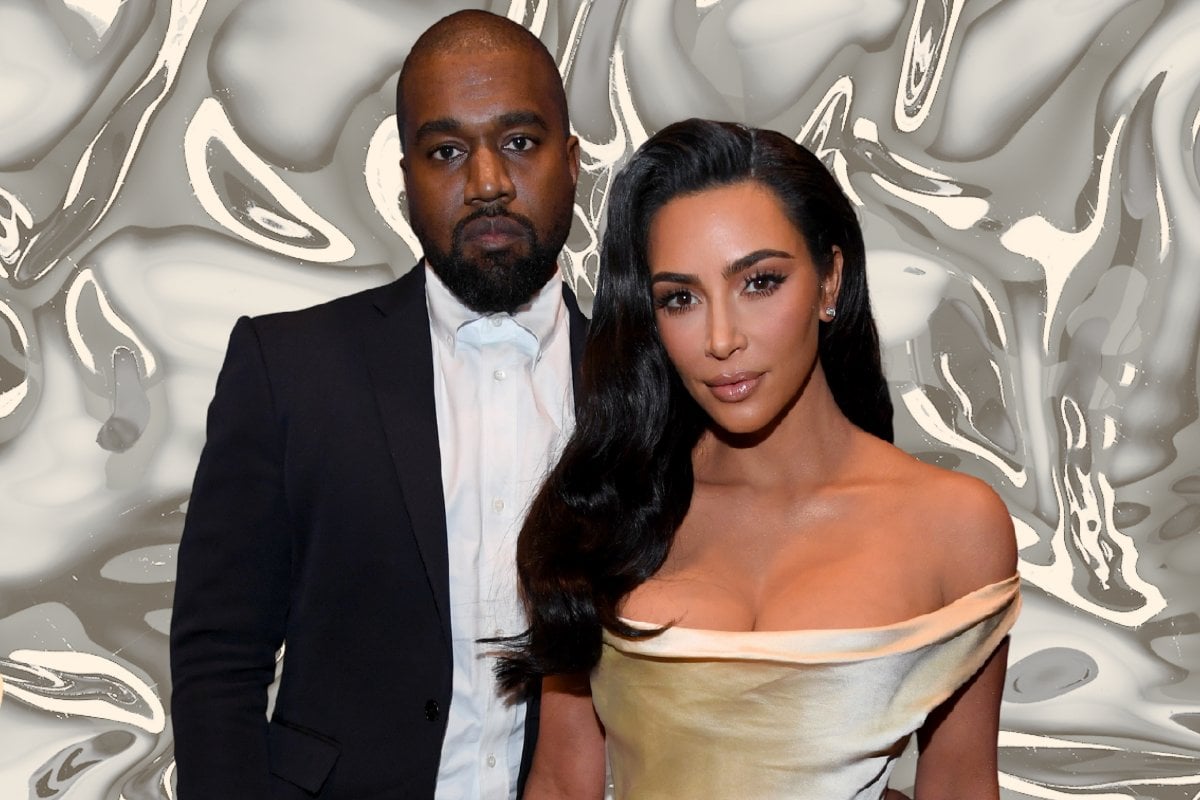 Kim Kardashian and Kanye West are getting a divorce, which is a surprise to precisely no one.

We were literally told it was happening by 'sources', and if we've learned anything by now, it's that Kardashian 'sources' are really bloody onto it. We're not saying this is because the 'sources' are actually Kris in a wig, but we're also not not saying that. Kapeesh?

Anyway, the wild ride that was Kimye may be over, but we still have the memories.

Oh golly, what glorious memories they are. Remember when they showed us the inside of their house and it was actually just... empty? Remember that other time Kanye gifted Kim a hologram of her dead father for her birthday? Remember that edible still life photo?

Read more: The world's most famous marriage is officially over.

Things are bound to be different from here on out. Maybe Kim's wardrobe will revert to her 2005 Paris Hilton-chic of yesteryear. Maybe Kanye will buy some furniture.

In memoriam, here is a selection of Kimye's most Kimye moments. 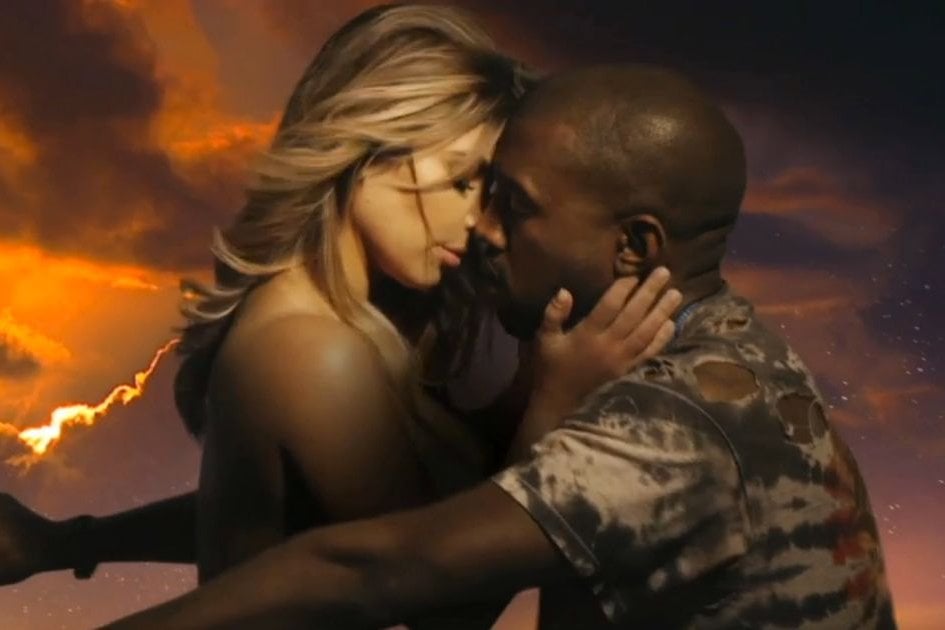 In 2013, Kanye released his music video for single 'Bound 2', which is a banger of a track largely considered one of his best.

But... we... simply must remember the music video.

In the clip, Kanye rides a motorcycle through a bunch of pastoral landscapes with a naked Kim.

It doesn't really make any sense and the people of the internet™ slammed it as weird but also uncomfortable, but Kanye didn't care.

"I wanted to take white trash T-shirts and make it into a video. I wanted it to look as phony as possible," he told The Breakfast Club.

Yet another musical success.

Kanye made Kim throw out her entire wardrobe.

Early in Kimye's relationship, Kanye and his stylist absolutely ripped Kim's wardrobe to shreds on an episode of Keeping Up With The Kardashians, throwing out pretty much everything - including more than 200 pairs of shoes.

Kim had a hard time with it, and asked if she could keep the ugliest brown leathery sheep skin bag to ever exist 'for her future daughter'. 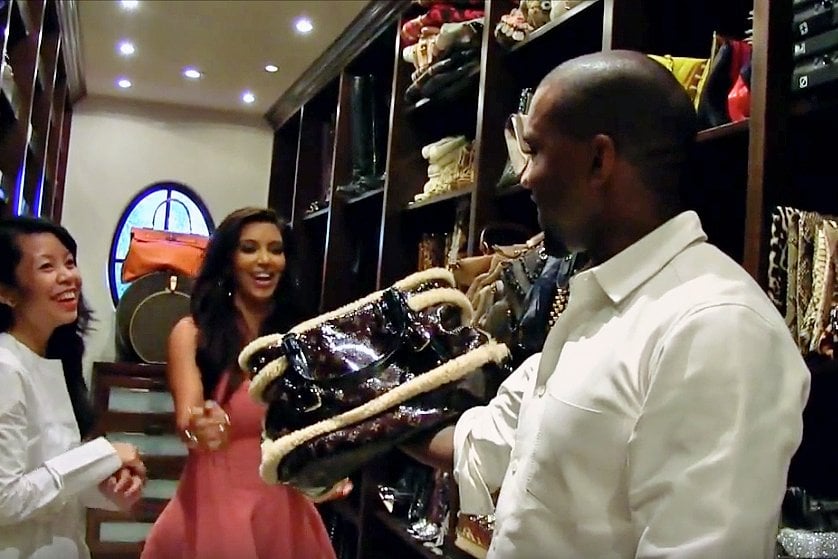 He replaced it with a bunch of clothes that fit what we now envision Kim's style to be.

They've both made many comments since this scene about how Kanye has inspired Kim's style - including how he sends her mood boards of small sunglasses, saying "you cannot wear big glasses anymore".

Precisely everyone remembers Kim's 2019 Met Gala look. Because it was this: 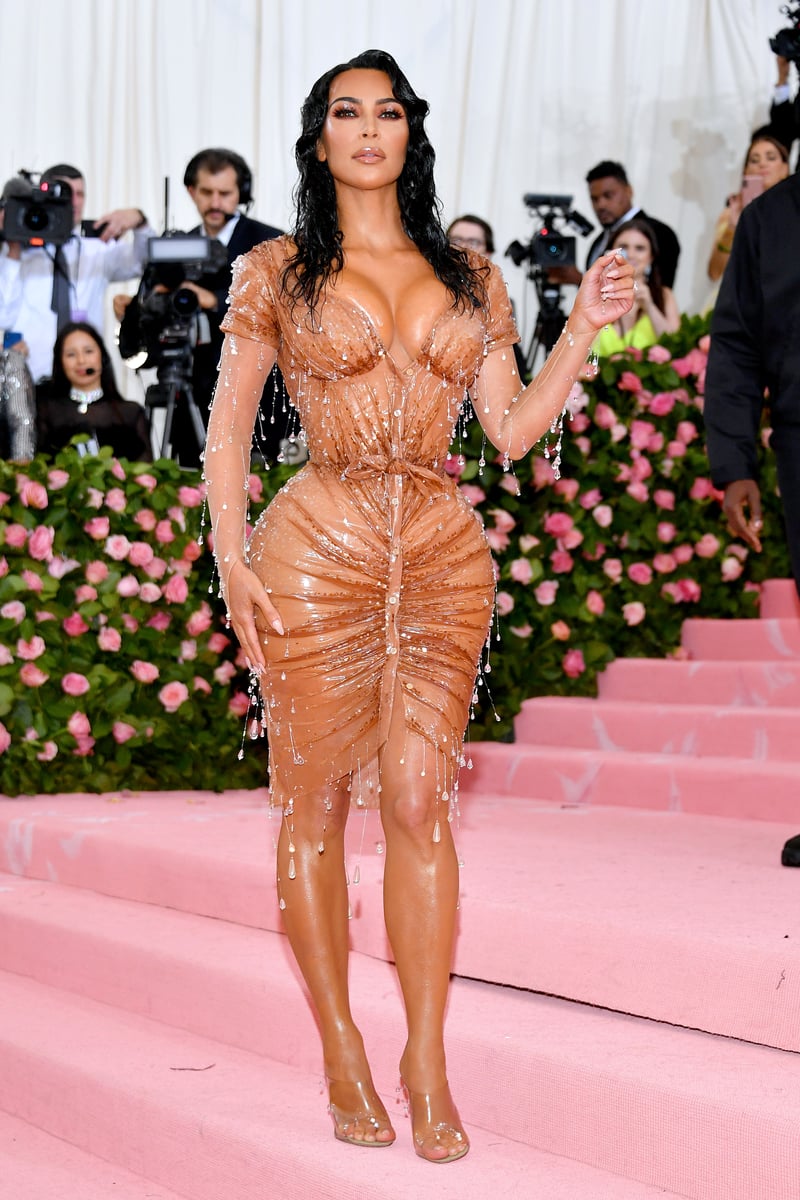 It kind of defies proportions, and as we saw in a KUWTK episode, required a corset so tight Kim had to learn how to breathe in it and committed to spending the entire night... standing. Because she physically could not sit down.

What was also wild was Kanye's reaction to Kim's costume, which was mostly about... him.

"You are my wife and it effects me when pictures are too sexy," he said, expressing his disapproval of the corset.

"The corset, underwear, all of that vibe, I just feel like I went through this transition from being a rapper, looking at all these girls, and then looking at my wife like, 'Oh, my girl needs to be just like these other girls, showing her body off, showing this, showing that.'

I didn't realise that that was affecting my soul and my spirit as someone that's married and loved, the father of what's about to be four kids.

"A corset is a form of underwear. It's hot. It's like, it's hot for who though?"

We've been given a look inside Kimye's renovated Calabasas home a couple of times, and each time, it confuses us more.

In 2019, we saw it in Vogue's '73 questions' YouTube series and in 2020, they showed off the property for Architectural Digest.

The home is worth more than AU$80 million, and Kimye are not short on money, but they appear to never had purchased furniture.

Plus, there's this room that is dedicated solely to this bizarre, soft, octopus-looking thing.

In 2015, Kim accompanied Kanye on a trip to France where they were photographed by Juergen Teller. The photos, featured in System Magazine, were... weird.

Kim was pantsless on a pile of dirt, Kanye was fully clothed but pouty, and photographer Teller wading through rivers in his underwear. It confused everyone and somehow ended up being displayed in a London Gallery.

The private jet that costs more than we have ever earned in our lives.

In 2018, Kim and Kanye flew on a private Boeing 747 jet with private bedrooms, ensuite bathrooms, a dining room, living room, glass staircase and a gym.

We don't know where they were going, but they got there in style.

"No big deal, just taking a private 747!" Kim said in possibly the most Kardashian video of all time, uploaded to Instagram. "This is how [Kanye] does it now, only 747s, private!"

Excuse me while I open up my banking app and WEEP.

In June 2020, Kim K officially became a billionaire and Kanye celebrated with this photo: 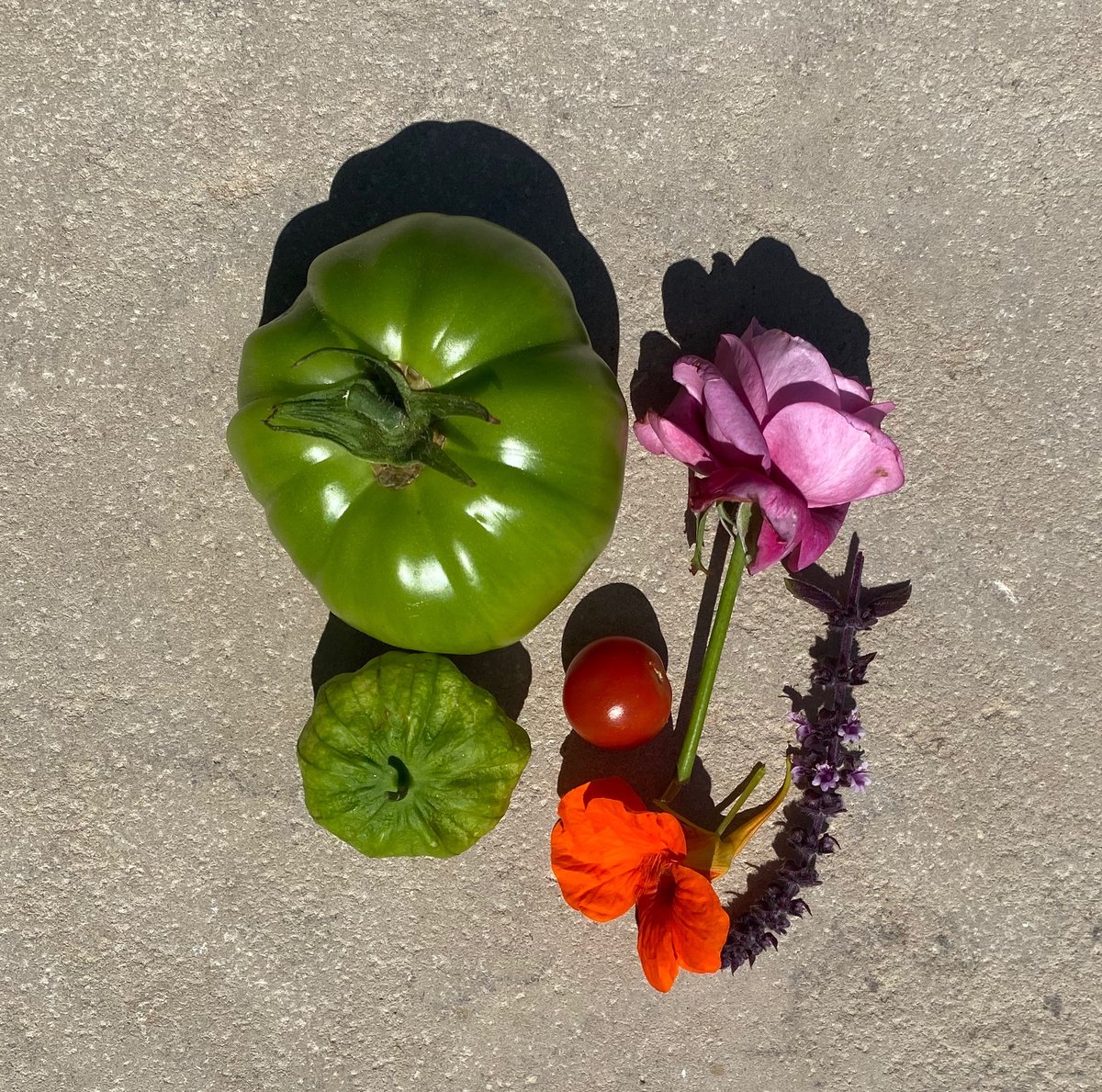 "I am so proud of my beautiful wife Kim Kardashian West for officially becoming a billionaire," he wrote alongside it.

"You've weathered the craziest storms and now God is shining on you and our family. So blessed this is still life. So I made you this still life. We love you so much."

Kim celebrated her 40th birthday (by flying her whole family to an island, in a pandemic no less) in October 2020 and Kanye's gift was a little bit unconventional.

He, uh, surprised her with a hologram of her late father, Robert Kardashian.

"For my birthday, Kanye got me the most thoughtful gift of a lifetime," Kim wrote alongside a video.

The video shows Robert's uh... hologram self telling his daughter he watches over her every day, which is actually really sweet, before saying she married "the most, most, most, most, most genius man in the whole world, Kanye West".

Kim loved it. She described the hologram as "so lifelike" and "a special surprise from heaven" (and a tech company).

Oh Kimye, at least we'll always have the mems.