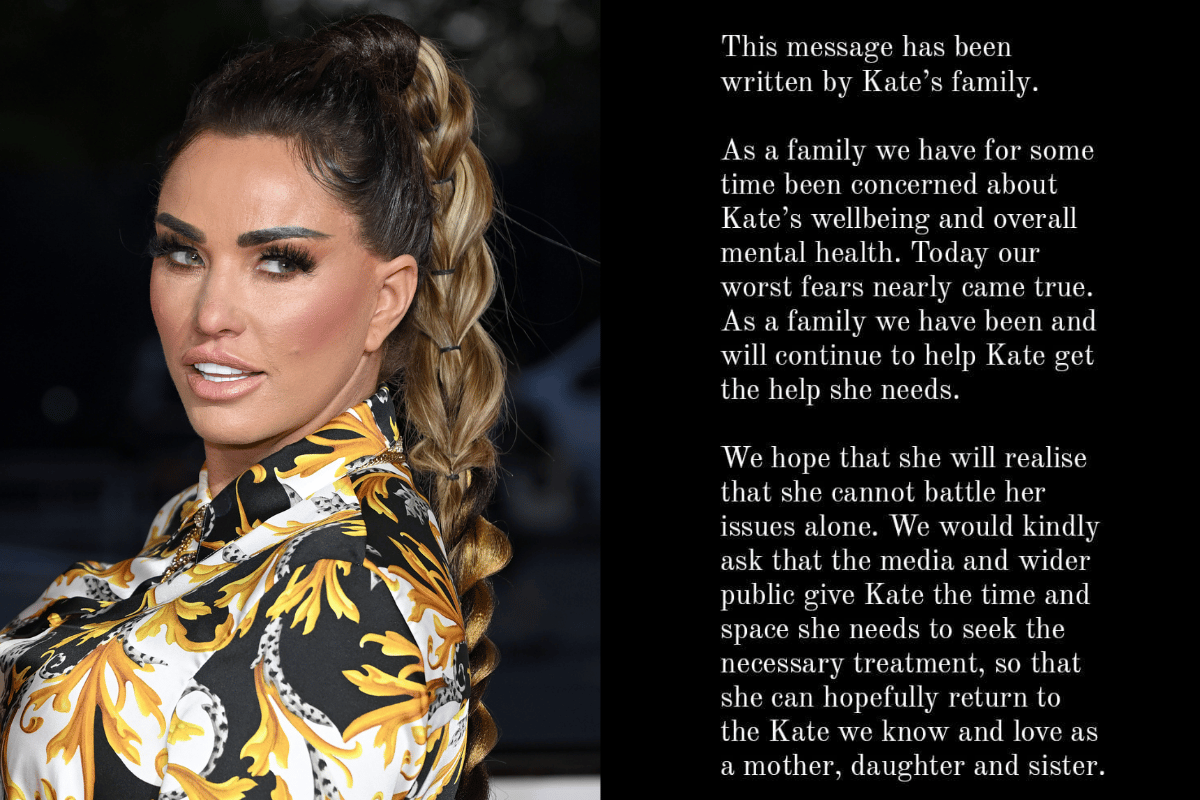 Katie Price has reportedly been involved in a car accident.

According to The Sun, the 43-year-old was rushed to hospital following the accident, which occurred in the early hours of Tuesday morning.

A Sussex Police spokesperson confirmed: "A woman, 43, was arrested on suspicion of driving while above the legal limit for alcohol and drugs, and has been taken to hospital to be checked over."

Watch the trailer for Katie Price: Harvey and Me below. Post continues after video.

Since reports of the crash broke, Katie's family have released a statement on her Instagram page.

"As a family we have for some time been concerned about Kate's wellbeing and overall mental health," the statement read.

"Today our worst fears nearly came true. As a family we have been and will continue to help Kate get the help she needs.

"We hope that she will realise that she cannot battle her issues alone."

Katie's family asked the wider public to give the 43-year-old space to "seek the necessary treatment".

"We are concerned and worried about her deeply, we know she lives her life publicly and to many she is fair game, but as a family we hope she can find her path privately moving forward during this very difficult period in her life," the statement continued.

"We are not asking for sympathy - just that it is recognised that Kate is unwell.

"We take great comfort in reading the messages of support and love for Kate that we will pass on to her, in the hope that these positive messages will help spur her on."

The reported crash comes just one day after Katie opened up about struggling to visit her eldest son Harvey, who has a number of disabilities.

Speaking on Good Morning Britain, Katie shared that she is currently serving a driving ban until December, hindering her ability to visit Harvey, 19, who is studying at a residential college.

"Harvey's in Cheltenham now. He keeps ringing me saying, 'Mummy I miss you, I need your kisses and cuddles', so it is quite hard," she shared.

"Obviously I don't get my licence back until December, so I can't just whizz in the car down there and it's not close."

In the past 10 years, Katie has previously been banned from driving at least six times.

Katie Price's life in the spotlight.

Katie Price, also known by her previous pseudonym Jordan, launched to fame as a model on Page 3 in the British tabloid newspaper The Sun.

After making a name for herself as Jordan in the tabloids, the model made appearances in Playboy, Vogue, Esquire, Maxim, Loaded, and the Daily Star.

She also became a regular face on UK TV screens, appearing as herself in the drama series Dream Team and Footballers' Wives, releasing her own workout videos, co-hosting several talk shows, and appearing on reality shows I'm a Celebrity... Get Me Out of Here! and Celebrity Big Brother.

She has also released her own autobiography as well as two novels and a series of children's books. 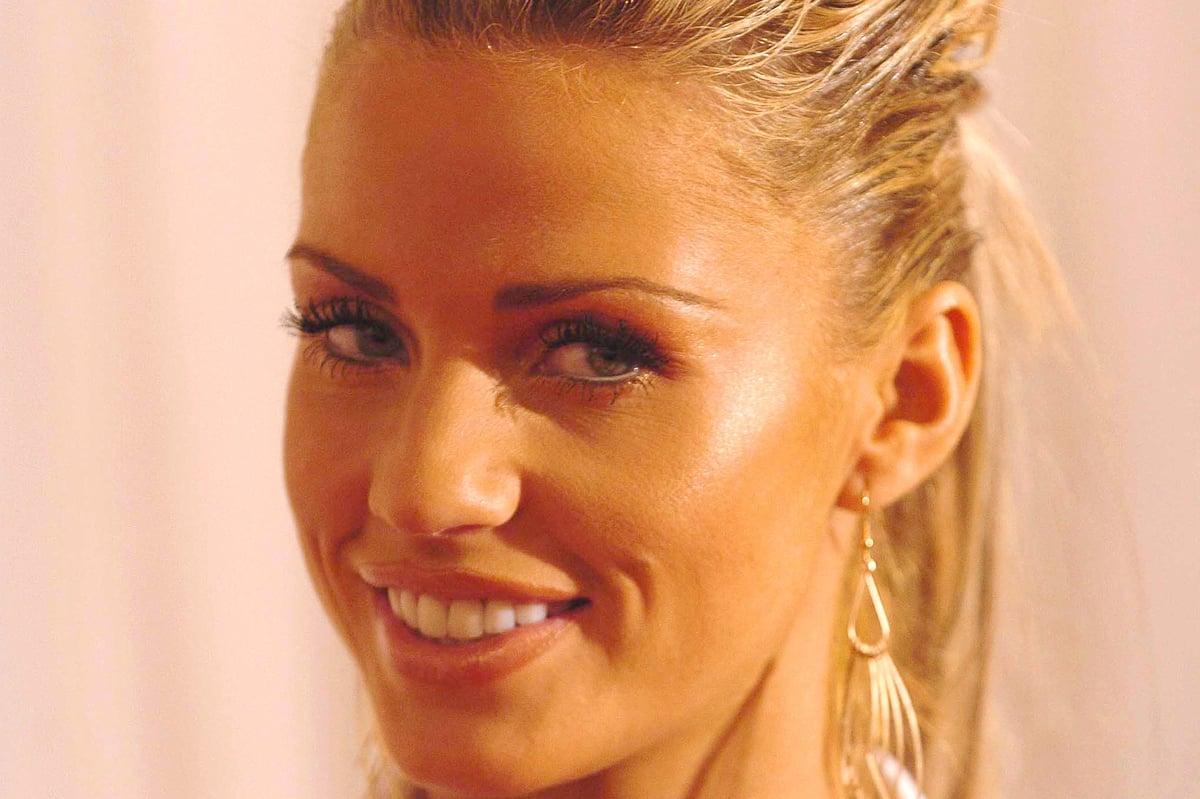 While Katie's career has been undoubtedly jam-packed, many remember the model-turned-household name for her famous relationships.

At the height of her glamour modelling career, Katie Price started dating Manchester United footballer Dwight Yorke. The two attended red carpets together and seemed like a match made in tabloid heaven.

However, at 14 weeks pregnant with her first child, son Harvey, Katie found out that Dwight had been cheating on her when evidence emerged of him with another woman.

Following the cheating scandal, Katie decided to make her pregnancy public - which triggered Dwight to deny being the father and demanding a DNA test to prove her wrong.

The DNA test did exactly the opposite. Dwight was the father, and his next move was to disappear. 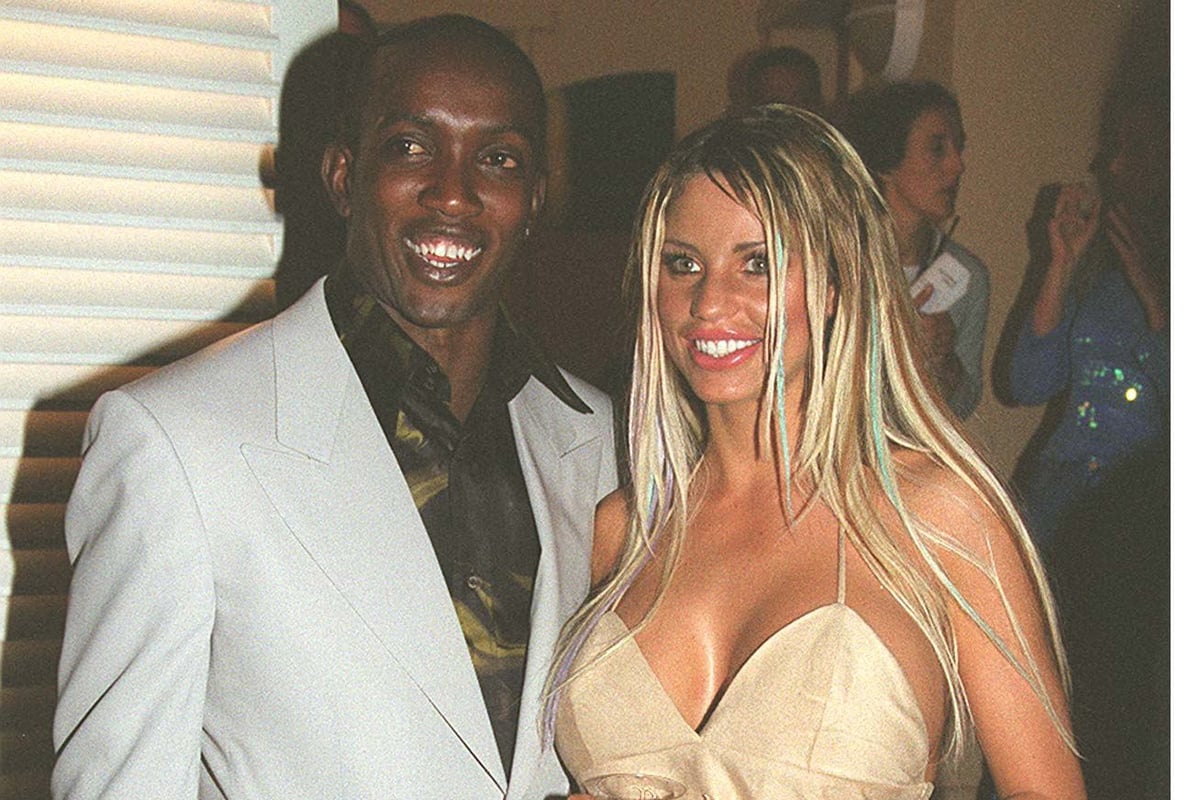 Katie and Dwight’s son Harvey was born in May 2002, and diagnosed with partial blindness, autism, septo-optic dysplasia and Prader-Willi Syndrome - a rare genetic disorder that affects mental and physical development.

In her 2016 autobiography Reborn, Katie explained that Dwight has only seen his son once since he was born - when he was around 10 years old - and that the now retired footballer really struggled to understand his son’s disabilities.

After her relationship with Dwight ended, Katie met singer Peter Andre on I'm a Celebrity... Get Me Out of Here! 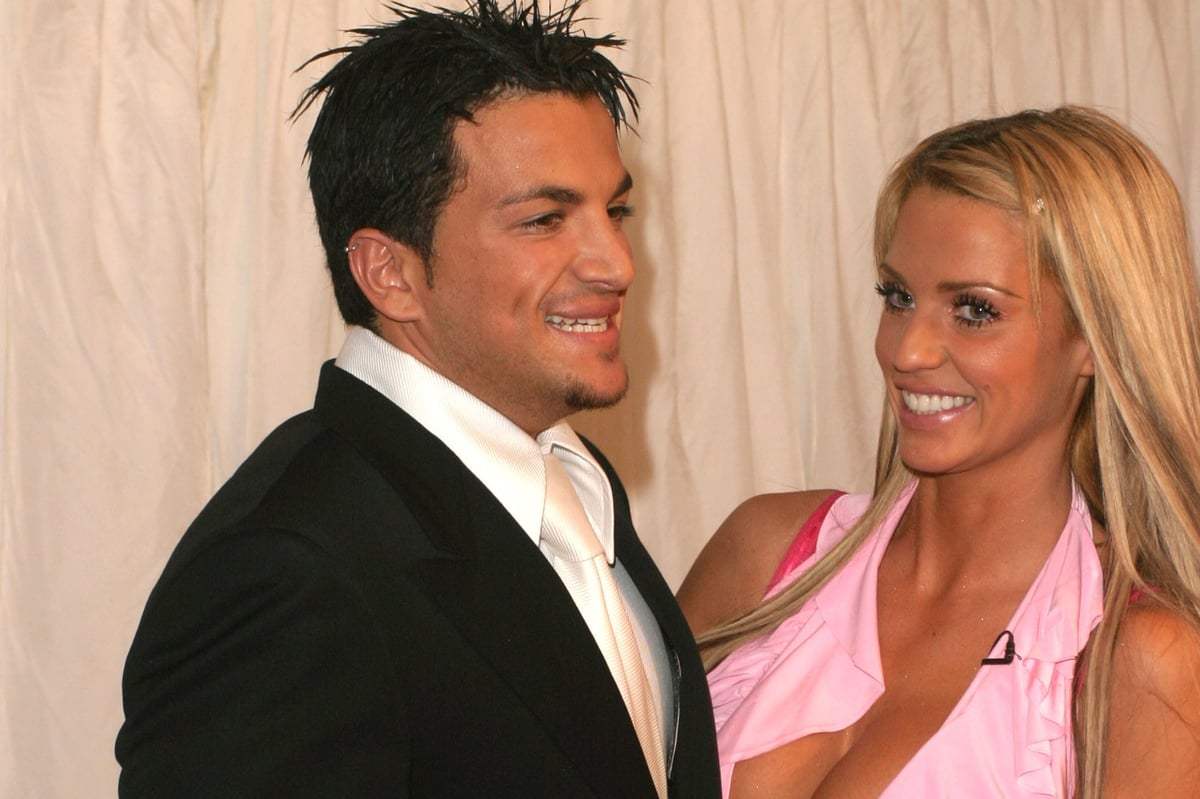 They married in 2005 and welcomed two children together - son Junior, now 16, and daughter Princess, now 14.

During their marriage, Katie and Peter welcomed viewers into their life through their reality show, Katie & Peter.

To this day, Katie claims that she still doesn't understand why Peter ended their marriage.

"I'd love to know - I wanna know [why we split]," she told the That's After Life podcast. "I never did anything wrong." 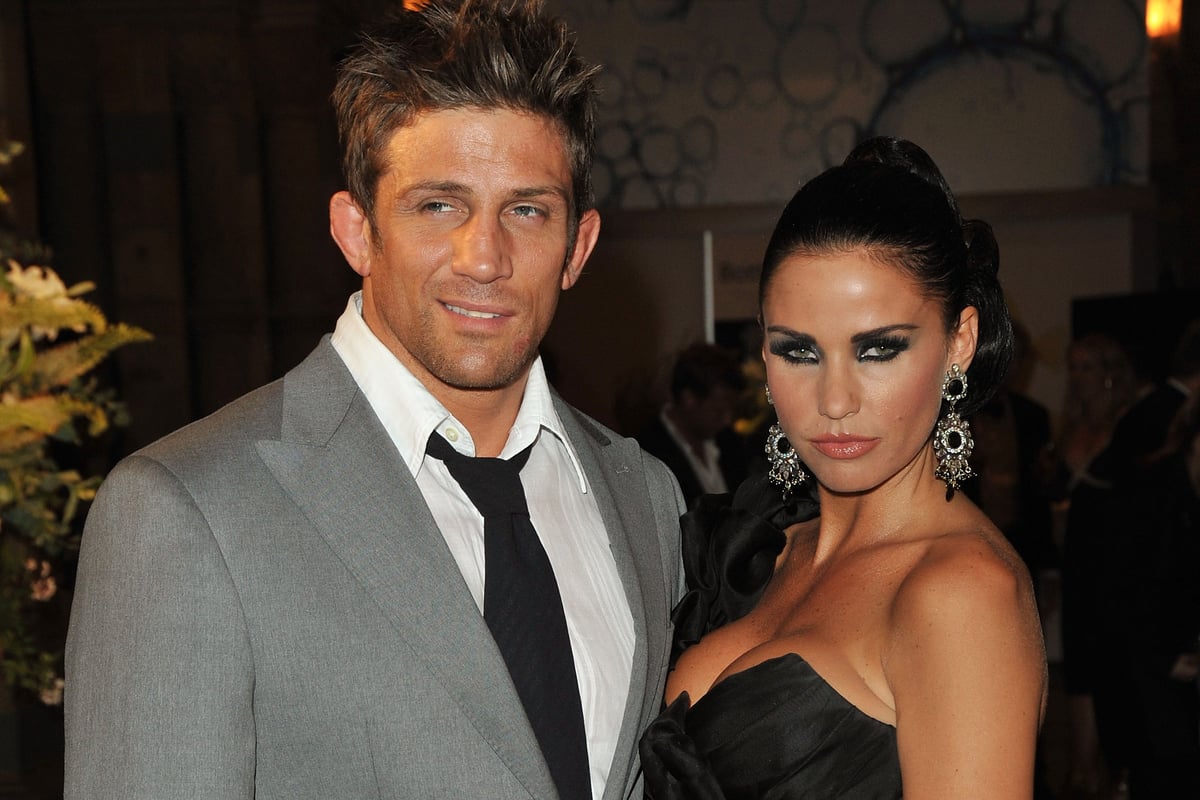 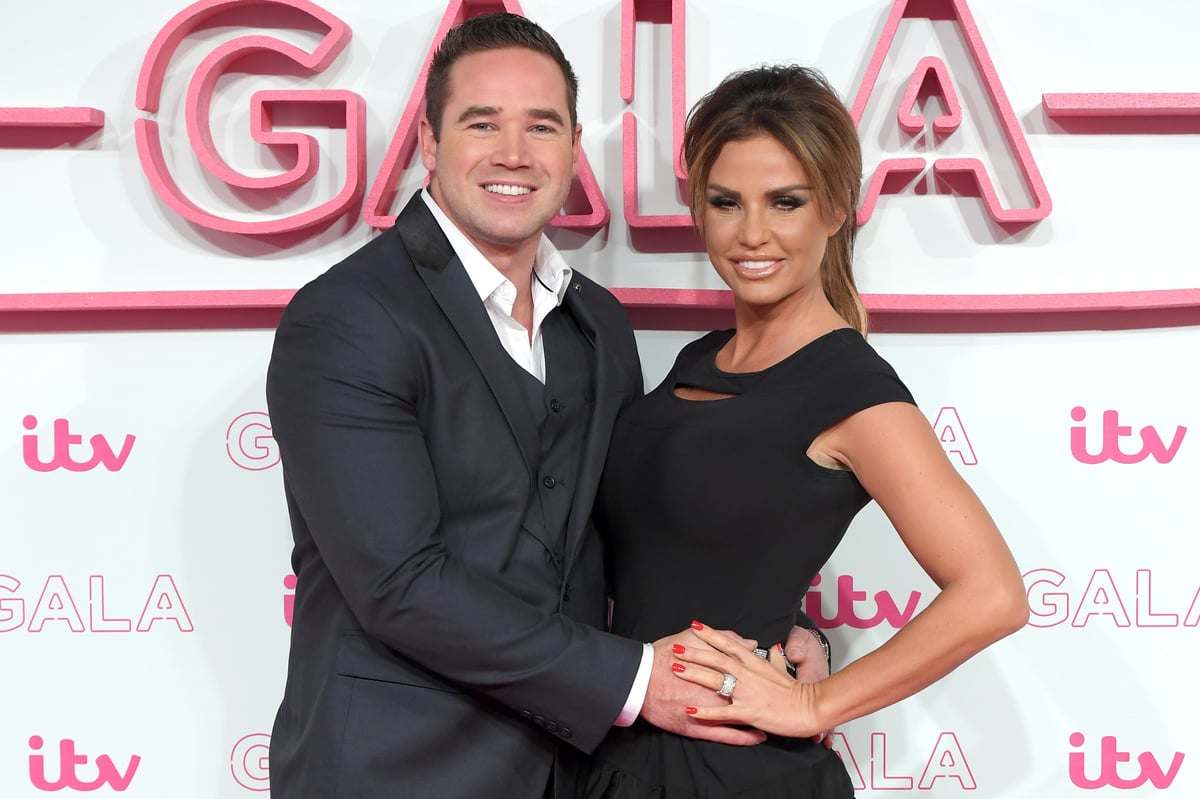 They split in 2018 after Hayler had a series of affairs, including with two of Price's close friends and the couple's nanny.

In January 2020, following a "build up" of personal traumas and relationship breakdowns, Katie was diagnosed with PTSD, leading her to check into a mental health care facility for five weeks.

"There's only so much I can take as a human being," Katie shared in Katie Price: My Crazy Life, reflecting on her mental health.

"Traumas from the exes, the media giving me a hard time with constant bullsh*t stories. I’ve had two dogs that have died, I even got blamed for that by the press.

"It got to the point where I literally can’t talk to anyone. My mum is terminally ill, I don’t want to stress her out. Yeah, I turned to coke, and I turned to drink."

In a video diary filmed at the mental health facility, Katie added: "I need to get myself well for Harvey and the kids. I think this is something which has been brewing for a while."

Without her children, and especially her eldest son Harvey, Katie believes she wouldn't be here today.

"If I ever died, my other kids, obviously, would be heartbroken but Harvey would not understand where I’d gone," she told The Sun.

"And I just think no one would look after him the way I do, and he wouldn’t understand why I’m not there.

"The thought kills me. I hate it. I don’t know what’s going to happen in the future."

Throughout his life, Harvey has been at home with his mum and siblings, with Katie managing his health care herself without respite. 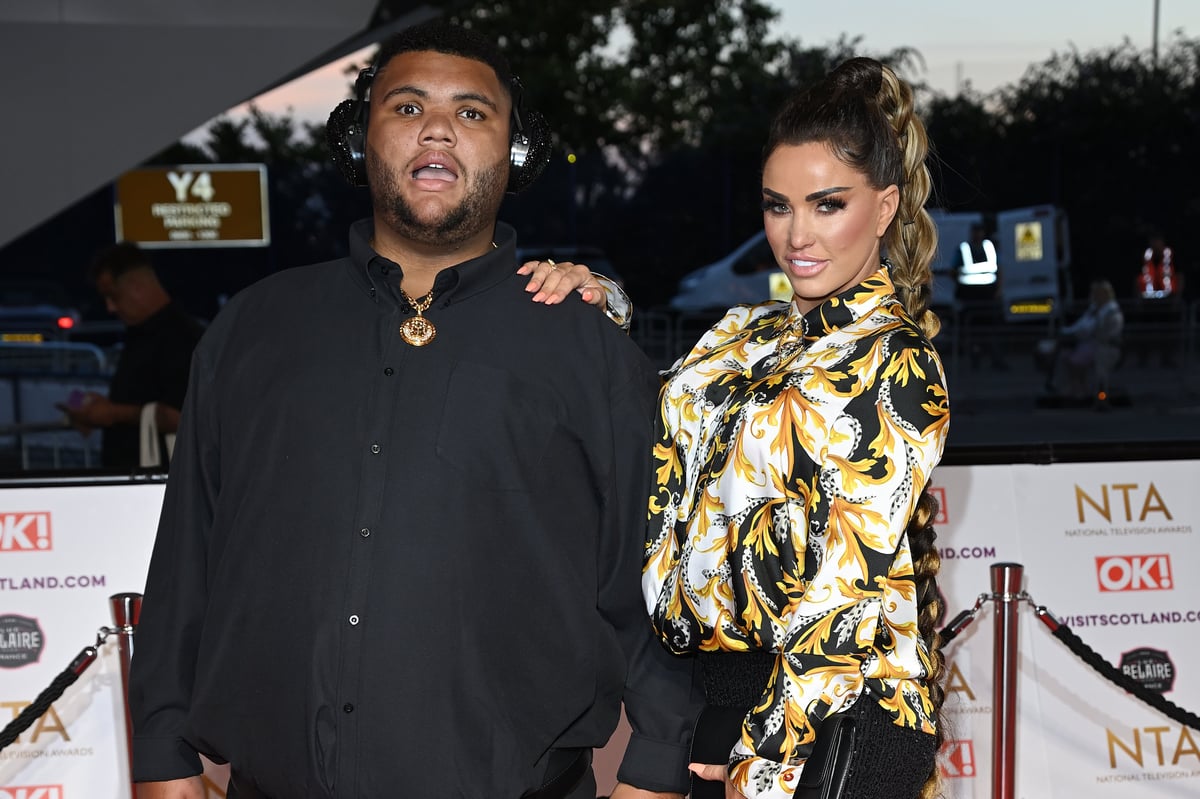 A lot of Katie's fears about putting Harvey into care are surrounded with the panic that these 'homes' won’t understand Harvey. Katie has shared before that he can have violent outbursts when he’s frustrated or scared, so in an environment that exaggerates those emotions for him, he could certainly lash out.

"If someone put Harvey in a room, he would kick off. He would headbutt the walls and everything, because they don’t understand him," she told This Morning.

"He would look like a lunatic, basically, and they’d probably sedate him. And once you’re in that system [of sectioned care] then it can take up to five years to get out of it. I would never want that for Harvey."

C
chontellegillies a year ago

Reply
Upvote
I feel terribly for her. Clearly she has alot on her plate family wise and maybe not the partner support. All the best wishes to her doing alot on her own.

Reply
Upvote
From the outside, her life has looked like a bit of a shambles for a while now. I hope she is able to get some help now.
C
cat a year ago