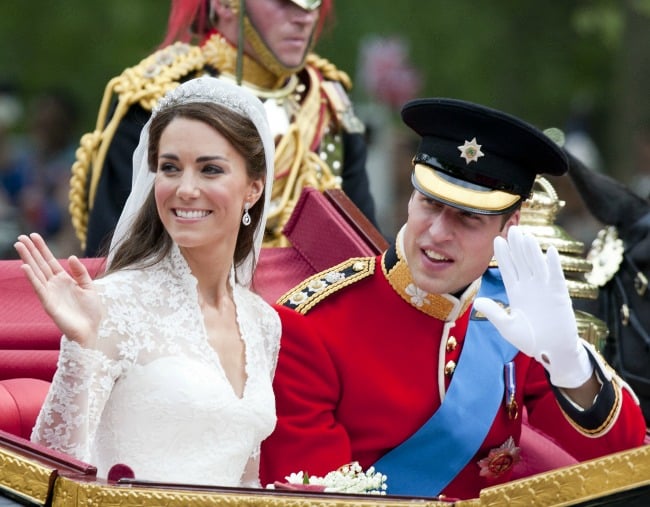 As the newly appointed Duchess of Sussex Meghan Markle is learning, royal life comes with a whole lot of traditions, rules and royal protocol.

Prince Harry and Meghan Markle broke away from royal tradition with their modern May royal wedding, and since they wed, the couple have been bending the rules with their PDAs and public hand-holding.

But despite usually sticking to the rules, it seems Prince William and Kate Middleton also broke royal tradition on their wedding night back in 2011.

According to the Express, the Duke and Duchess of Cambridge actually spent their wedding night together in Buckingham Palace.

Traditionally, most royal couples leave for their honeymoon on the day of their wedding, but as William intended to go straight back to work as a search-and-rescue pilot following his wedding, the couple didn’t travel to a private island in the Seychelles until 10 days after their wedding.

Watch: Royal rebels and the rules they broke.

When Queen Elizabeth and Prince Phillip married back in 1947, they spent their wedding night at Prince Phillip’s uncle’s house in Broadlands, Hampshire.

On the other hand, shortly after their balcony appearance in 1973, Princess Anne and her first husband Mark Phillips headed straight to their honeymoon cruise on the Royal Yacht Britannia.

Princess Diana and Prince Charles also boarded the Royal Yacht Britannia for their honeymoon, leaving just a few days after their 1981 wedding.

According to the Express, it’s not known where 36-year-old Meghan and 33-year-old Harry spent their wedding night.

Royal wedding traditions is just one of the many royal rules mum-of-three Kate Middleton has to stick to.

According to Kate’s friend, journalist Bryony Gordon, the Duchess of Cambridge isn’t allowed to take part in marathons, due to security issues.

So they broke the rules by ... doing the same as some other royal couples. Okay then.

This is so interesting and newsworthy!