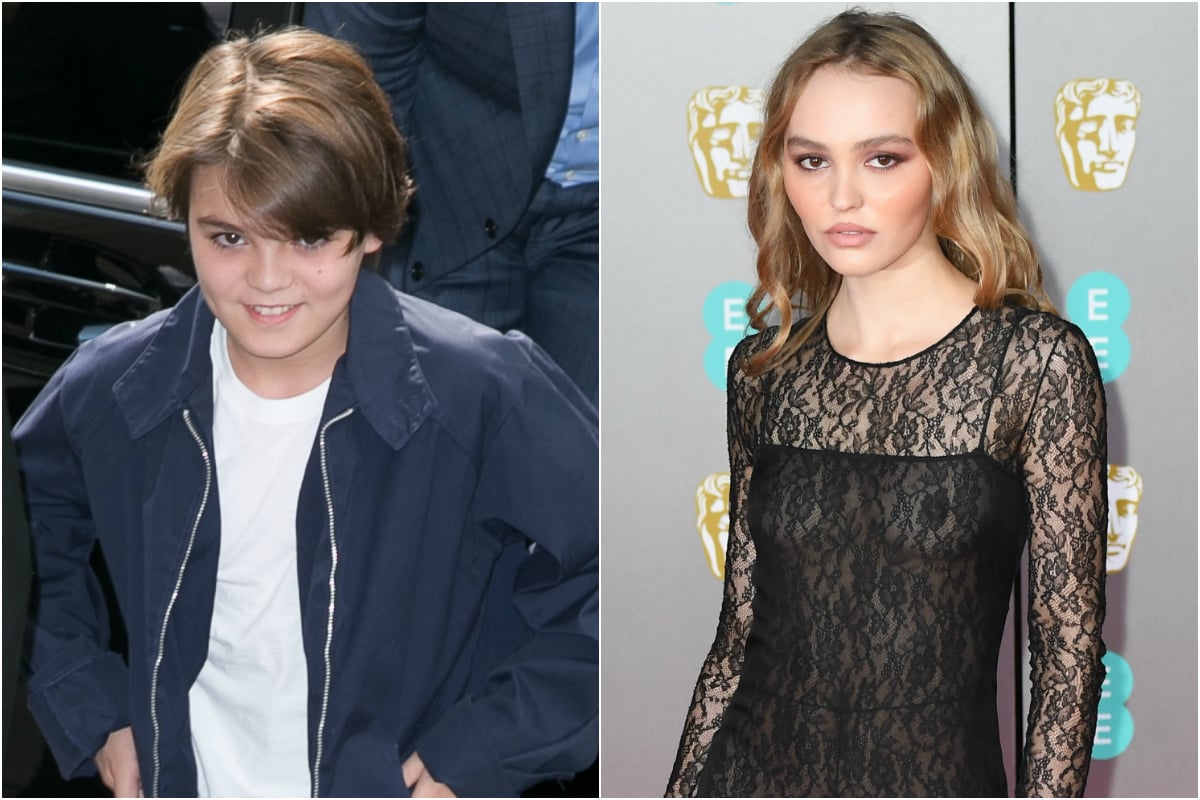 Actor Johnny Depp and French singer Vanessa Paradis were two of the biggest fashion and beauty icons of the 1990s. The two formed a relationship in 1998 and remained together for 14 years before splitting in 2012.

Together, they had two kids – Lily-Rose Depp, now 20-years-old and Jack John Christopher Depp III, 17-years-old. As the children navigated growing up with famous parents, Depp and Paradis more or less protected their offspring from the scrutiny of public life.

Alas, Lily-Rose Depp is now an international model, sharing her life with the 3.5 million people who follow her on Instagram. A quick scroll shows her attending the Met Ball dressed in Chanel, acting in films and gracing numerous covers of Vogue.

But as she emerges from the shadows of her parents, her brother Jack Depp has seemingly taken a different, more sheltered approach to life.

Here's everything we know about Johnny Depp's children.

The eldest child of Johnny Depp and Vanessa Paradis, Lily-Rose Depp, has embraced the spotlight she was born into.

She is a coveted actress and high-fashion model, who has been an ambassador for fashion house Chanel since 2015.  She has also had a lead role in French film Planetarium, alongside Natalie Portman, and co-starred alongside Timothée Chalamet in The King - all by the age of 20.

On Sunday, the 20-year-old attended the British Academy Film Awards (BAFTAs) as a presenter for the night, and made worldwide headlines for her floor-length, sheer catsuit by Chanel.

Lily-Rose seemingly maintains a close relationship with her father. In 2016, amid abuse allegations made by his ex Amber Heard, Lily-Rose defended her father in a statement.

"My dad is the sweetest most loving person I know," she wrote. "He’s been nothing but a wonderful father to my little brother and I, and everyone who knows him would say the same."

In December last year, Lily-Rose - who dropped out of school - spoke about her lenient upbringing while doing press for her role in film The King.

"My parents weren’t very strict. They’ve always trusted me to be independent and make my own decisions. There wasn’t really ­anything to rebel against," she told The Sun.

"They both left school when they were 15, so they can’t really say ­anything. I never thought of university as my goal. I’ve always just wanted to work."

Certainly, Lily-Rose now enjoys a plethora of work as she pursues paths in modelling and movies - although her initial dream was a career in music.

"I wanted to be a singer, but once I started acting, I felt so comfortable. Now all I want to do is act," she told Vanity Fair in 2016.

In a family of models, moguls and musicians, Jack Depp (Jack John Christopher Depp III) has opted for a quieter life.

"He draws really super well. He also plays music very well. He’s got a good feel for that. Aside from school plays and things, he hasn’t shown any desire to become an actor. Whew."

In 2015, the then 13-year-old made a rare public appearance when he attended Paris Fashion Week to support his sister, Lily-Rose, who was walking in the Chanel show.

And in 2018, the youngest sibling made headlines when reports emerged that he was suffering from serious health concerns, which reportedly led his mother, Vanessa Paradis, to miss the premiere of her film A Knife in the Heart.

According to People, the director of the movie explained at the time: "Unfortunately, Vanessa Paradis was not able to join us tonight, she had to be absent because of her son’s serious health problems."

However, neither of his parents commented on the matter.

Clearly, both children of the famous faces are leading very different, but nonetheless united, lives.

Gingergirl a year ago

How does one use the bathroom in that gorgeous catsuit?