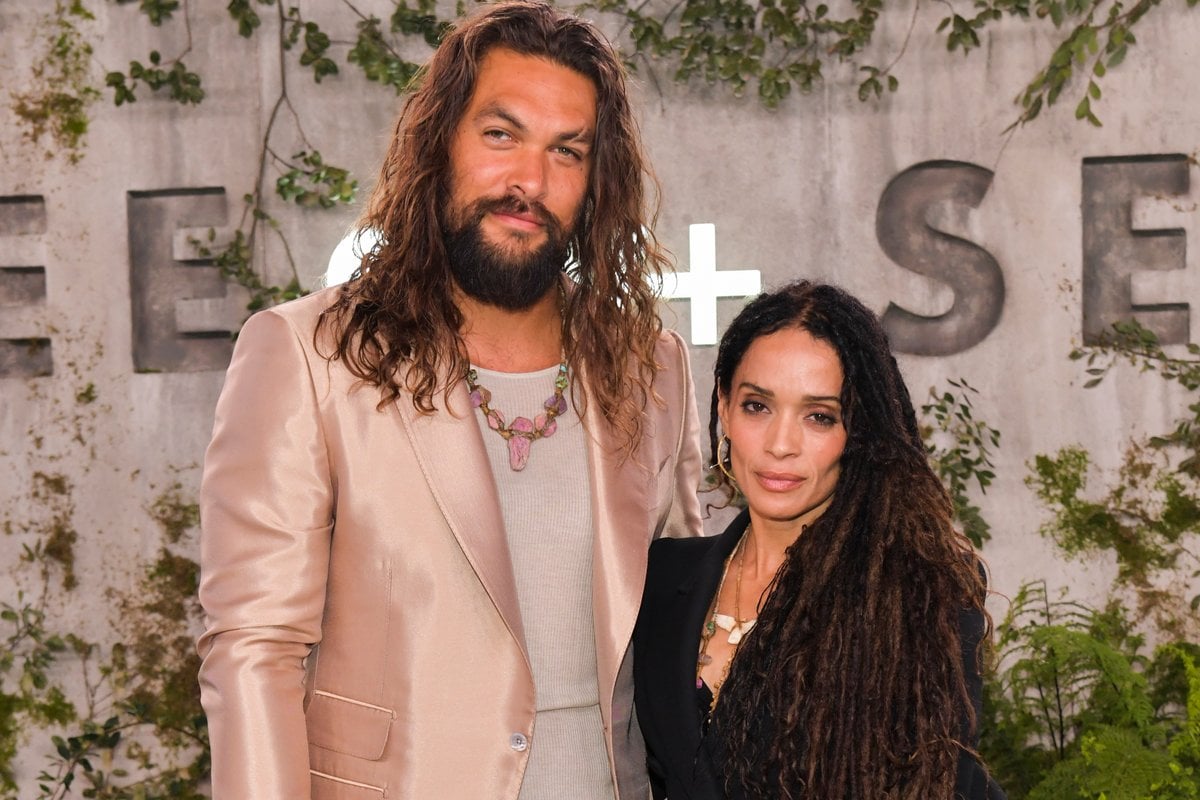 Game of Thrones is no doubt one of the most successful TV shows of the past decade.

But for actor Jason Momoa, who had a short stint on the show as Khal Drogo, it wasn't quite as successful.

Watch: The things I say while watching Game of Thrones. Post continues below.

In a new interview with InStyle, the 41-year-old shared that he was "completely in debt" after his character was killed in the first season of the show.

"I mean, we were starving after Game of Thrones," he shared.

"I couldn't get work. It's very challenging when you have babies and you're completely in debt."

The actor, who has two kids with wife Lisa Bonet, was cast as Aquaman in the DC Extended Universe in 2016, starring in both Batman v Superman: Dawn of Justice and Justice League.

He later appeared in a standalone movie, Aquaman, in 2018, before being cast in the lead role in Apple TV+ series See.

But until Jason Momoa hits our screens once again, here's everything you need to know about the actor.

Before his breakout role as Khal Drogo in Game of Thrones, Momoa won Hawaii’s Model of the Year 1999 at 19 years old.

That same year, he was cast in Baywatch: Hawaii.

In the years that followed, Momoa appeared in a number of TV shows, including North Shore, Stargate: Atlantis and The Game, before landing a role in Game of Thrones in 2011. 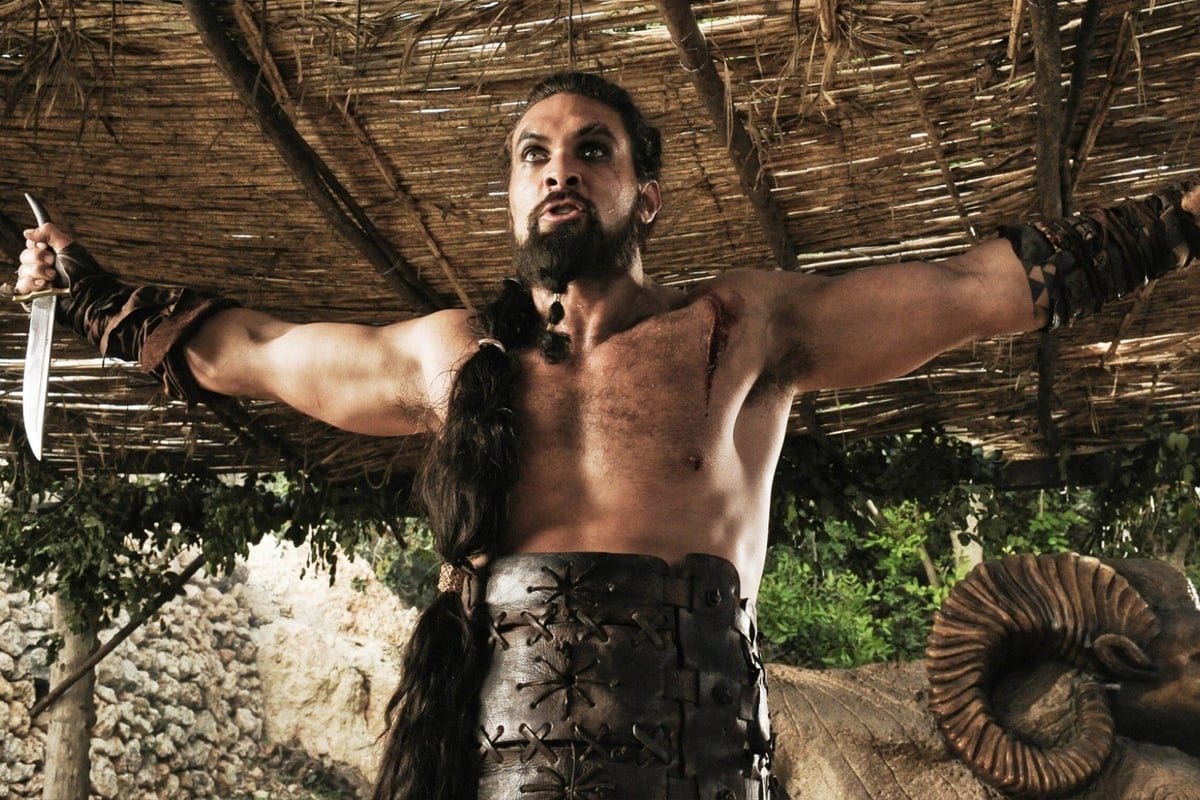 Jason Momoa met Lisa Bonet (who played Denise in The Cosby Show) in 2005, but his interest in her started long before that.

"Ever since I was eight years old, and I saw her on TV, I was like, 'Mummy, I want that one!'" Momoa shared on The Late Late Show, revealing that his crush on Bonet began when she was on The Cosby Show.

"I’m like, 'I’m going to stalk you for the rest of my life and I’m going to get you.' I am a full-fledged stalker. I didn’t tell her that until we had two babies — otherwise, I’d be creepy and weird. I’ve always wanted to meet her. She was a queen, always."

Fast forward 18 years, and Momoa’s wish came true when he was 26 and fate brought them together one night at a club in Los Angeles.

"I had huge dreadlocks, she had dreadlocks. I literally turned around, I was with my best friend, and I see her and I’m just like..." he has said of the moment they met.

"That was it," he added. "We had Guinness and grits and, you know, the rest is history."

One of the greatest moments of my life. ❤️❤️Subscribe To My YouTube channel link in bio. #cheeeeehuuuuuu #aquaman Aloha j

In 2017, Momoa and Bonet officially tied the knot after more than 10 years together, during a ceremony at their house in Topanga, California.

The couple have a 12-year age difference between them.

Why Jason Momoa is tight with Lenny Kravitz.

Lisa Bonet is also mother to actress Zoë Kravitz, 31, from her first marriage to iconic American singer, Lenny Kravitz (from who she split in 1993), making Momoa's Zoë's step father.

Momoa made headlines this month when he posted Instagram photos of the matching skull-shaped, carved-bone friendship ring he gave to Kravitz.

"They were divorced 15 years before I even showed up. We’re awesome. He’s an amazing dad. And Zoë is like my daughter," Momoa previously said.

"So, it’s family. And I’m just coming into the new part of the family."

I’m a huge fan of the artists I meet on instagram love spreading the aloha. I got @lennykravitz a present made by @leroyswoodentattoos amazing bone skull ring. Check him out insta. Mahalo lenny for coming to support me on @nbcsnl aloha j

Other important Jason Momoa facts you need to know.

He plays guitar and drums:

"I don’t want to be an actor that plays music," Momoa said.

"I’ll back up my kids maybe with some bass. But that’s about as far as it goes."

He has a lot of tattoos:

Momoa has several tattoos. He has a half sleeve featuring nine rows of black triangles encircling his left forearm – his Hawaiian family’s crest, the manō. The triangles represent shark teeth.

The actor also has a memorial tattoo on his middle right finger, which reads "Diablo", in memory of his best friend who passed away in 2013.

Lastly, Momoa has the signatures of his two children, Lola and Wolf, tattooed over his left pectoral in red ink.

Momoa has a penchant for wearing pink scrunchies on his wrist – and to tie back his hair. He’s also worn pink pants when hosting Saturday Night Live.

"It tones down the testosterone," Momoa previously said.

Not gonna include "destroys women's property if they don't pay him attention"?

I know I've been pretty hard on him about the "destroying Amber Herd's books" thing, but it seems warranted. It's a red flag so big if you planted it on the top of Mount Everest you could see it with the naked eye from sea level.