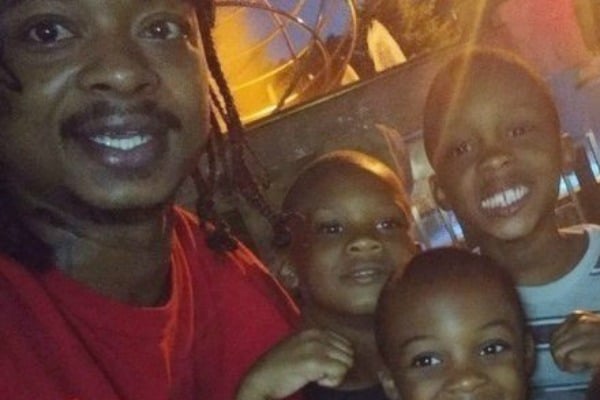 On Sunday afternoon, Jacob Blake was shot seven times by police in the US state of Wisconsin while his three young sons watched on from the family car.

The Kenosha Police Department had been called to a “domestic incident” in the city of Kenosha at around 5pm, with witnesses telling The Kenosha News Blake, an unarmed black man, had been trying to break up a dispute between two women.

Video footage circulating online shows at least one officer shooting at him as he walked away from them towards his vehicle.

The 29-year-old is alive, but in a serious condition in hospital, with the shooting reigniting Black Lives Matter protests across the country.

Mamamia has watched the video circulating online of the shooting, but has chosen not to include it in this article.

The graphic footage shows Blake falling to the ground outside his car window after being shot at point blank range.

You see him walk calmly around the car, while two officers follow him. He is showing no signs of threatening behaviour and doesn't have a weapon of any kind in his hands.

As he opens the car door, and officer grabs him by the shirt and seven shots ring out. 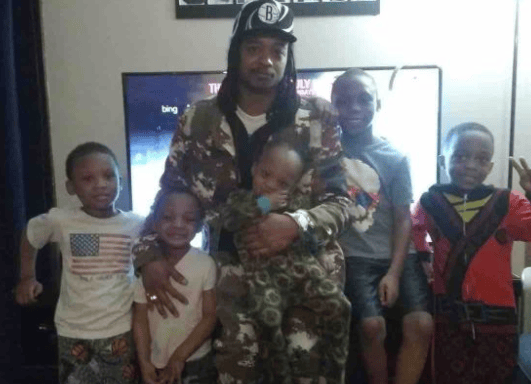 Jacob Blake, 29, is a father of six and was shot on Sunday afternoon by police. Image: GoFundMe.

No further explanation has been given by the police as to what led to the shooting, but they have confirmed it is being investigated by the Wisconsin Department of Justice.

The officer who shot Blake, who has not been named, has been placed on administrative leave.

Ben Crump, a civil-rights attorney who is representing Blake's family, confirmed three of the young father's six children were in the backseat at the time of the shooting. 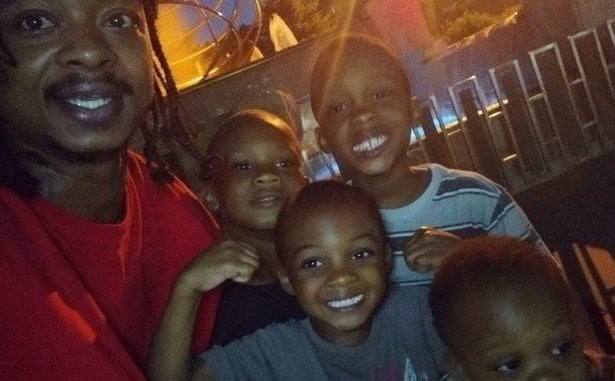 Three of Blake's sons witnessed their dad being shot from the backseat of the family car. Image: change.org.

They are eight, five and three years old - and one of them was celebrating their birthday on Sunday.

"They will be traumatised forever," wrote Crump on social media.

"You can only imagine the psychological problems these babies are going to have for the rest of their lives," he later told CNN.

Confirmed: Jacob Blake’s 3 SONS were IN THE CAR he was getting into when @KenoshaPolice shot him tonight. They saw a cop shoot their father. They will be traumatized forever. We cannot let officers violate their duty to PROTECT us. Our kids deserve better!! #JusticeForJacobBlake

Blake was given first aid at the scene before being flown to hospital where he remains in a serious but stable condition after undergoing surgery.

"At this point, we’re still waiting for the facts to be confirmed," Crump told the Journal Sentinel on Monday. "But we know what we saw in that video, and it was clearly an excessive use of force that was shocking and outrageous and devastating and nobody’s more devastated than his three sons."﻿﻿ 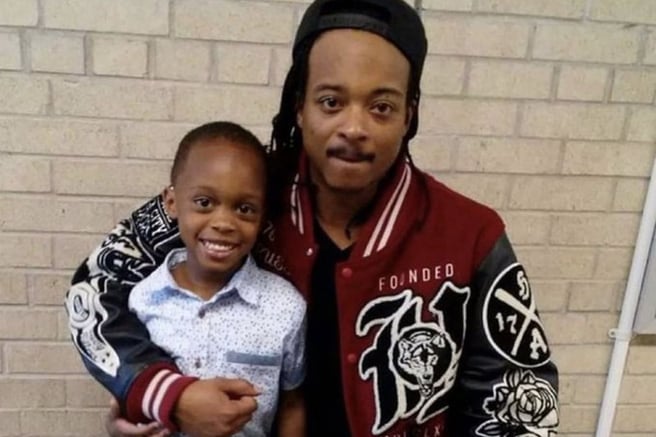 Jacob Blake with one of his sons. Image: Facebook.

Blake's father, also named Jacob Blake, thanked the public for their outpouring of grief and support, with 200,000 people signing a petition to have the police officers involved charged.

At the time of writing, close to $400,000 has been raised in a GoFundMe for the family.

"I want to thank everybody for their prayers and their concerns," said Blake Snr. "No matter what the (expletive) they say...doesn't justify shooting my son in the back....After surgery, (he) is stable. Stable. Still here." 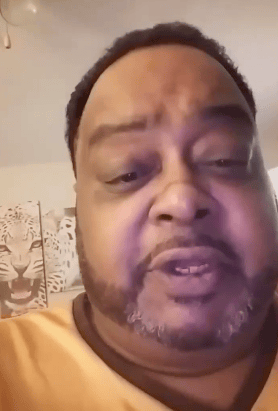 Jacob Blake's father says his son has undergone surgery and is now in a serious but stable condition. Image: Facebook.

Neighbours who live near the shooting scene told local media Blake is a friendly, fun-loving person who was often seen with his children.

Blake's family is urging protesters to remain peaceful as they wait for news on his health, and demand justice from authorities.

Black Lives Matter: "We won't back down."

Protests immediately erupted in Kenosha, Wisconsin following the shooting, forcing authorities in the city to declare an emergency 8pm curfew as hundreds marched on the local police headquarters.

But demonstrators ignored the ruling, and continued to protest until 7am Monday morning.﻿

Vehicles were set on fire and protesters shouted "we won't back down," as bricks and Molotov cocktails were thrown at police. 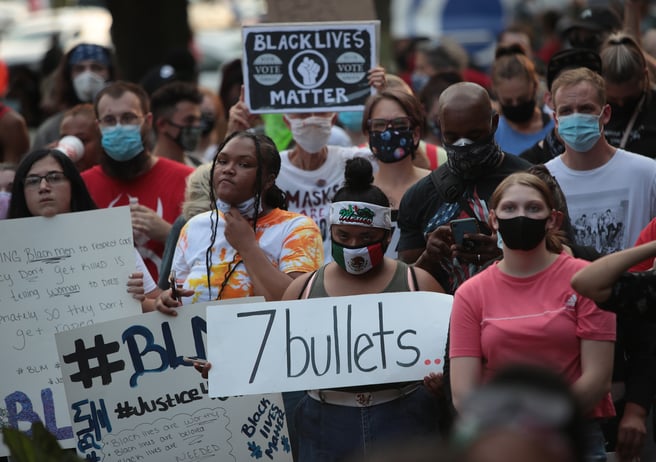 Officers fired tear gas to disperse the crowds, and on Monday Wisconsin’s governor summoned the National Guard to help the city as it braced for more protests.

On Monday, protests were held in numerous other American cities, with hundreds marching through Times Square and Washington DC.

Hundreds march through Times Square after the police shooting of Jacob Blake. Looks like NYC is fully reopened. pic.twitter.com/Xbuse5kaC3

"Yesterday in Kenosha, Wisconsin, Jacob Blake was shot seven times in the back as police attempted to restrain him from getting into his car. His children watched from inside the car and bystanders watched in disbelief.

"This morning, the nation wakes up yet again with grief and outrage that yet another Black American is a victim of excessive force. This calls for an immediate, full and transparent investigation and the officers must be held accountable," wrote the Democratic nominee.

Yesterday, Jacob Blake was shot seven times in the back by police. His kids watched from the car. Today, we woke to grieve yet again.

We need a full and transparent investigation. https://t.co/9X7l25nq8d

Wisconsin Governor Tony Evers said in a tweet: "We stand against excessive use of force and immediate escalation when engaging with Black Wisconsinites."

As our state reels from another attack against a Black man, as communities grieve and exercise their first amendment rights to demand justice, and as Jacob Blake fights for his life— we are reminded that racism is a public health crisis. There is no time to waste.

There have been ongoing protests in the United States against police brutality and racism since the death on May 25 of George Floyd, a 46-year-old African-American man, who died after a white police officer knelt on his neck for nearly nine minutes.

In the months since, there's been a racial reckoning worldwide - including here in Australia - as people of colour demand real change against entrenched racial inequality.

His name was George Floyd: Why you're seeing this man's face all over your social media feeds.

Breonna Taylor should've been blowing out 27 candles last night. Instead, thousands marched in her memory.

How to have a conversation with someone who keeps saying 'All Lives Matter'.

Reply
Upvote
4 upvotes
Shooting an unarmed man in the back 7 times. And they call it the land of the free.
C
cat 2 years ago