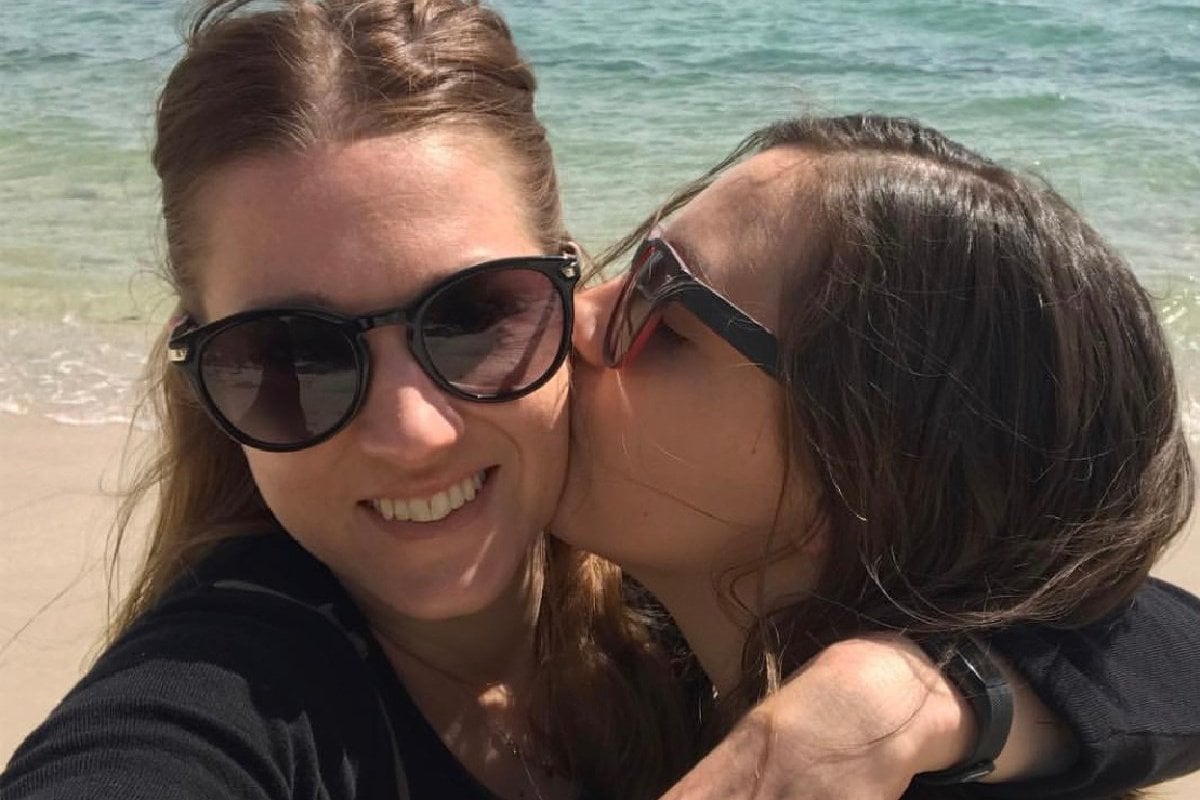 In 2017, my fiancée Amanda and I were ready to start a family. Being a same-sex couple we obviously needed some help and started fertility treatment with the help of a sperm donor and an IVF clinic.

After having initial fertility tests, the doctor declared that I would be pregnant in no time. After a gruelling couple of weeks of IVF injections and egg retrieval surgery, we transferred one healthy looking embryo and went away for our two week wait.

Watch the trailer for Get Me Pregnant, Mamamia's podcast all about fertility. Post continues below.

On January 20, 2018, we found out we were expecting our first baby. We were ecstatic!

We couldn’t wait to tell family and close friends we were expecting and were showered by congratulations. This was going to be my parents' first grandchild and they were so happy, they’d been waiting a long time.

At six weeks pregnant we went for our first ultrasound at our fertility clinic. It never occurred to me at that point that anything could go wrong.

We saw a little blob on the grainy screen and saw a flickering heartbeat. We were in love and so thankful that IVF had been so easy for us. 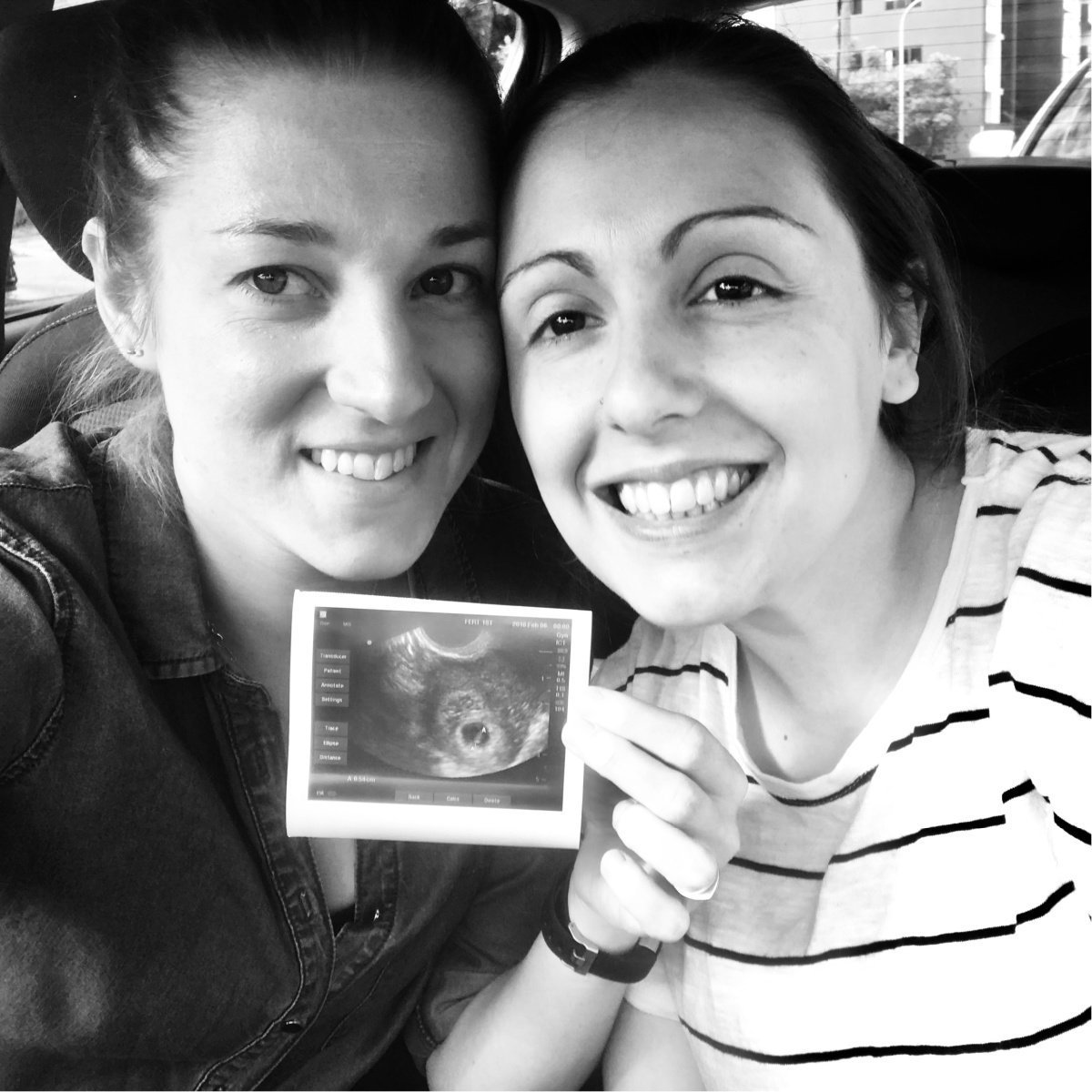 The doctor told us that after detecting a heartbeat at six weeks the likelihood of a successful ongoing pregnancy was around 80 per cent. It would be unlucky to be in that 20 per cent, I thought.

We blissfully floated through the next couple of weeks, imagining our life with a baby and picking out names. I had no morning sickness and everyone told me I was one of the lucky ones.

At nine weeks we went in for a dating scan, only to hear the words that no one wants to hear:

“I'm so sorry, there's no heartbeat.”

I looked up at Amanda who had tears streaming down her face and all I could say was, "I’m sorry, I’m sorry”. I was numb. We were devastated. What the hell was a missed miscarriage?

My GP was great and ran us through our options - wait for the miscarriage to happen naturally (which could be a matter of days or weeks), take medication to bring on the miscarriage or have a D&C (dilation and curettage).

I opted to have a D&C because miscarrying at home seemed terrifying and unpredictable.

Our experience with miscarriage and a D&C in a public hospital was pretty awful. There was a lot of waiting in emergency, miscommunications, misplaced test results, being surrounded by heavily pregnant women and newborn babies, waking up in a dark room by myself bleeding and no information provided on what happens next.

The weeks that followed were a flood of well-meaning but actually really damaging statements by family and friends.

"Everything happens for a reason", "It wasn’t really a baby", "Better now than later on,” and "You just need to get over it”.

I didn’t really know anyone who had had a miscarriage and had no idea what to do. I was lost, I felt alone, our relationship suffered and ultimately I was diagnosed with PTSD.

We threw ourselves into IVF and transferred another 13 embryos over the next two years. In that time I had five chemical pregnancies which is when the pregnancy hormone hCG is detected but you have a loss before a heartbeat is detected at six weeks.

On January 20, 2020, we went in for our 14th embryo transfer. It seemed like a sign that exactly six years earlier we had the news of my positive pregnancy test.

Two weeks later, we found out we were expecting again, but this time there was no blissful excitement. That pure joy in seeing a positive pregnancy test has been forever ripped away from us. Instead, we just felt the pure fear and anxiety of anticipating another loss.

We told my parents I was pregnant again, and there were no congratulations. They were terrified for us too. 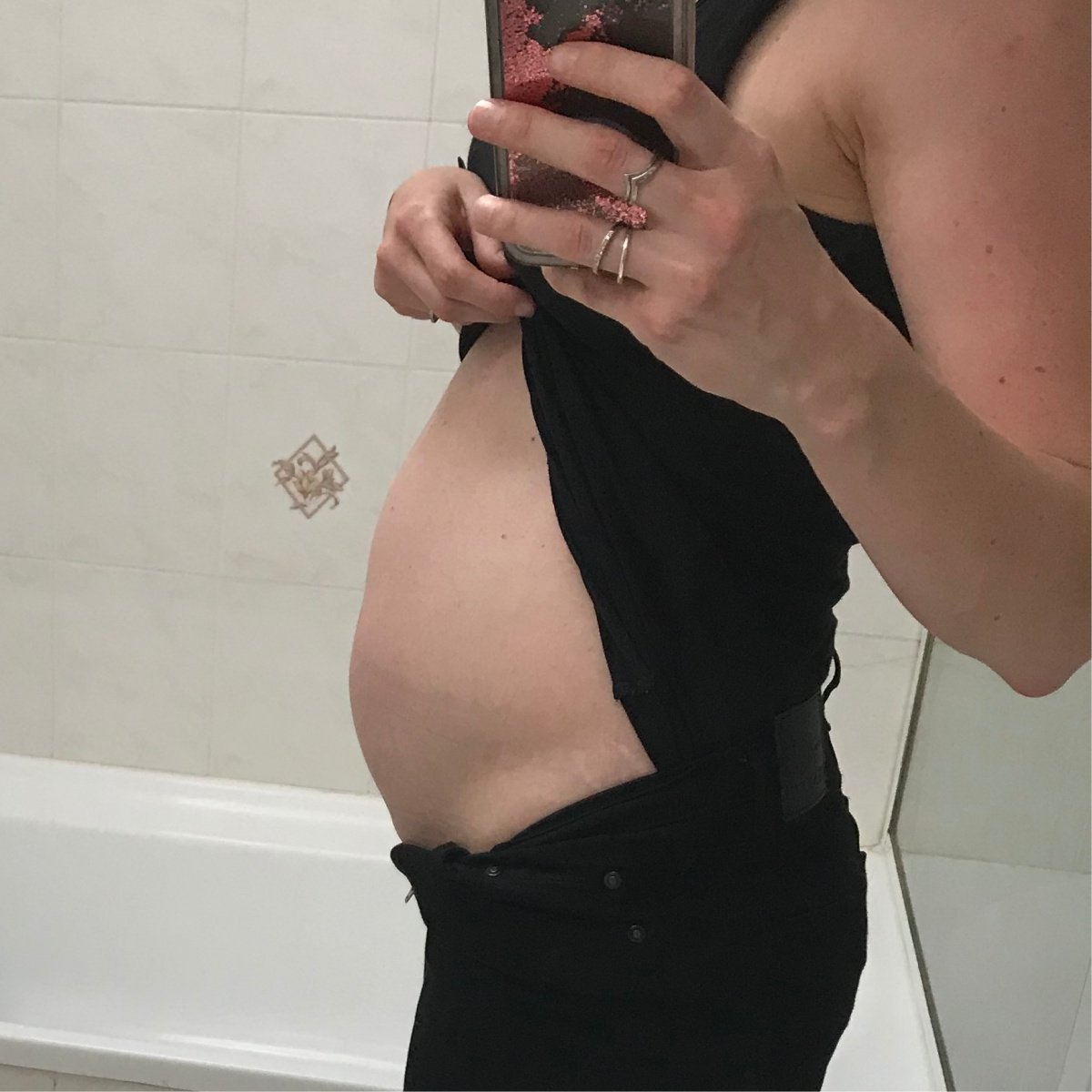 October is Pregnancy and Infant Loss Awareness Month in Australia. We thought that we would (very poetically) be announcing the birth of our rainbow baby. Instead, we are mourning the due date of yet another angel baby.

Our second miscarriage was a long drawn out process over three weeks of scans showing a slow, irregular heartbeat and slower than normal growth. It was excruciating.

I once again opted to have a D&C once we knew the heartbeat had stopped but this time we went privately. Our fertility doctor was able to perform the D&C at our fertility clinic. It was a much easier and well-managed process. We knew the doctor, we knew the staff, Amanda was there when I woke up, I was given tea, toast, a heat pack and information on what to expect. The doctor even called me the next day to see how I was.

Second time around we knew what to expect, I coped better and our relationship wasn’t as strained, but it still wasn’t easy and never will be. I found help in an online community of women who I now call friends and an amazing organisation called Pink Elephants. It's not easy being in a small minority of women who have suffered multiple miscarriages with no reason why.

We still get the well meaning comments but they have morphed into, “Well, if you can’t have kids, at least you have nieces and nephews”.

As I write this, we should be celebrating our first baby's second birthday and I should be 37 weeks pregnant with our second baby, but here we are preparing for reciprocal IVF.

1245 days later, we are still waiting for our rainbow baby.

To learn more about infertility, loss, reciprocal IVF and TTC as a same sex couple, follow our (very naively named) Instagram or watch our story as part of the documentary Misunderstandings of Miscarriage, released on 1 October only on Stan.