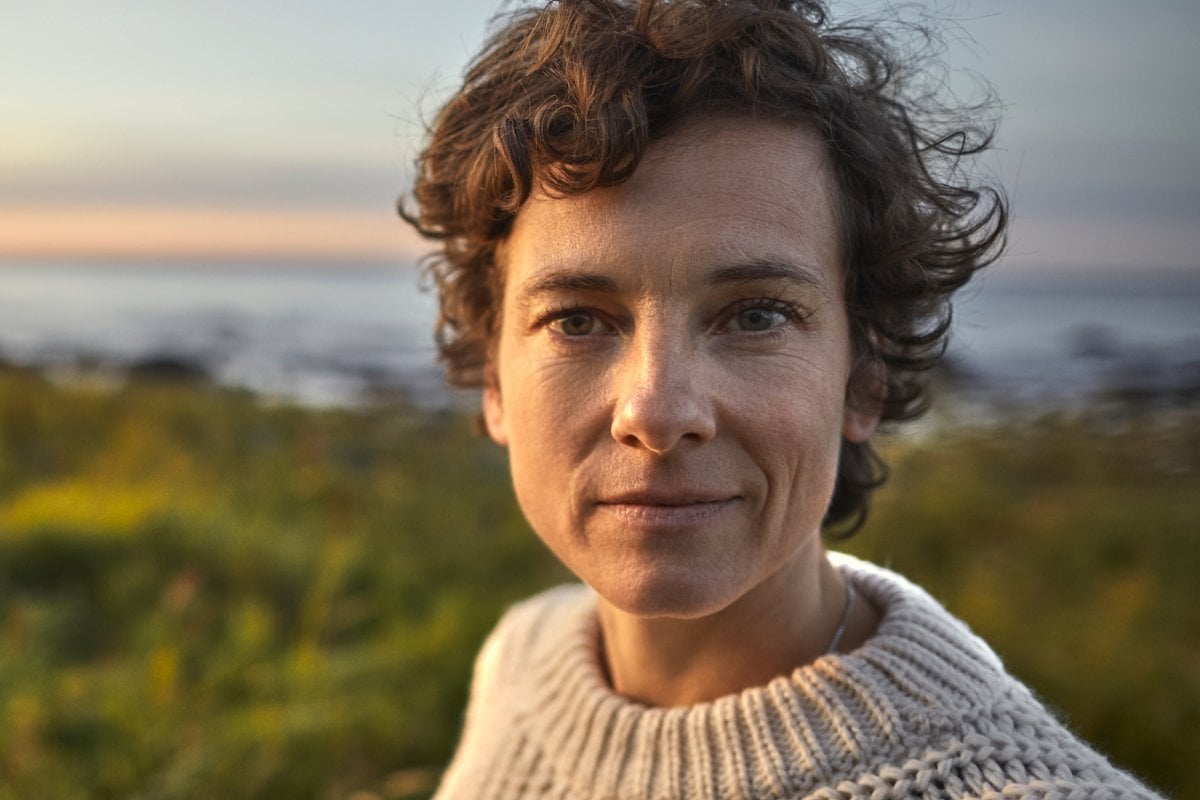 My regular pap smear had come back clear, so I thought the nurse was overreacting when she booked me in for a colposcopy.

"You mentioned bleeding after sex, so I think we better be on the safe side," she told me over the phone.

I’d only mentioned the bleeding because she’d asked as part of the exam. I hadn’t been concerned about it.

Watch: 2,000,000 Aussie women are not up to date on their pap smears. Post continues after video.

It’s not uncommon for me to bleed at random times. I’ve never had overly regular periods and now that I’m perimenopausal, I can’t keep track of my periods at all. Sometimes my cycle is over 60 days long and often my periods are more like spotting than a real period.

Even when I was younger, I often had spotting between periods.

I’ve had some scares in the past. In my 20s, I had biopsies taken after two smear tests came back irregular. Some precancerous cells showed up, and I’d been quite worried at the time. But they’d sorted themselves out and everything returned to normal without treatment.

I found out later that precancerous cervical cells are actually quite common and don’t necessarily lead to anything worse.

For the past decade, my smears had been coming back with no signs of abnormal cells.

On the morning of the colposcopy, I was prepared for a bit of discomfort, but I still wasn’t worried they’d find anything. When the doctor took not one but three biopsies, I started to get a little more concerned.

He called me a few days later. "The biopsies show some abnormalities," he said. "I’d like you to come in tomorrow to discuss a management plan."

A management plan didn’t sound too bad. Probably follow up smear tests or biopsies, like in my 20s, so I headed into the hospital the next day on my own.

"So, I’ve booked you in for surgery in four weeks," the doctor announced.

I stared at him. "Surgery?" I felt like he’d punched me in the stomach. I lifted my eyes and tried to stop myself from crying. I listened silently as he explained what they’d found. He was pretty sure it wasn’t cancer, but the biopsies hadn’t been clear enough for him to get a real sense of what was happening. He strongly suspected the glands higher up in the cervix were also affected.

The glands in the cervix can sometimes get blocked and look inflamed, but other times it’s a sign something nastier is going on.

Atypical glandular cells are more rare, but they’re also more likely to turn into cancer than precancerous cells in the outer part of the cervix.

"I’m going to do a cone biopsy," the doctor explained. "But I’ll need to take more than normal. I’ll remove most of your cervix to make sure we remove the glands as well."

I made it home before I broke down. Then rang my mum.

"Just get it all out. Don’t even think twice. It’s too common in our family," she said. I knew she was right.

I wasn’t quite ready for a full hysterectomy like she’d had, but I mentally prepared myself to do it if I needed to.

I’m pretty sure I’m finished having children, but the doctor warned me that removing most of the cervix means there’s a higher chance of premature birth and miscarriage from the second trimester. If I decided to have more children, they would place a stitch in the cervix to reduce the risks.

If they found more cell changes, though, I may need to look at getting everything removed.

On average, four females in Australia die from gynecological cancers every day. And although survival rates have improved, many women are still being diagnosed too late.

Listen to The Undone where Emily revealed she had never got a pap smear, even though she'd just turned 25, so we decided to get a real doctor in to bust some myths. Post continues after podcast.

I didn’t want to take any risks.

After surgery, my mum came and stayed to help with the kids while I recovered. I slept for most of the first few days and had bad stomach cramps, but by the end of the week, I felt almost normal again.

The doctor rang with the lab results. There were significant precancerous cell changes in the cervix and the glands, but he was confident they’d gotten all of it.

If the nurse hadn’t asked about bleeding, I wouldn’t have mentioned it and, with a clear pap result, it would have been two or three years before I was checked again.

Most gynecological cancers rely on us knowing our bodies, what to look for, and following up with our doctors. We’re only screened for cervical cancer, and the smear didn’t pick up the abnormal changes happening in the glands.

Unusual vaginal bleeding, bleeding after or during sex, pelvic and back pain, changes of the vulva or itching, changes in discharge, needing to pee more, feeling full much more quickly than usual, and bloating are some signs there may be a problem.

Our regular smears are important, but we also need to make sure we notice changes and take them seriously in between check-ups.

Reply
Upvote
I am very uncomfortable with aspects of this story. While there were 'precancerous cells' that is not cancer and she did not make an informed choice.  Were there other ways to deal with it? I don't know -but does she? The doctor basically barrelled her down a treatment path without any consultation or consent. This is not ok.
M
mamamia-user-482898552 2 days ago

Reply
Upvote
@cadds No, there is no other way of "dealing with it" if there are persistent high-grade changes in the cervix following colposcopy. Note, also, that it was the author's mother who suggested a full hysterectomy. The doctor appropriately offered a cone biopsy, which is entirely the correct thing to do in a patient with high-risk changes and a significant family history. It would have been negligent to just leave it alone.
A
Asurace 22 days ago