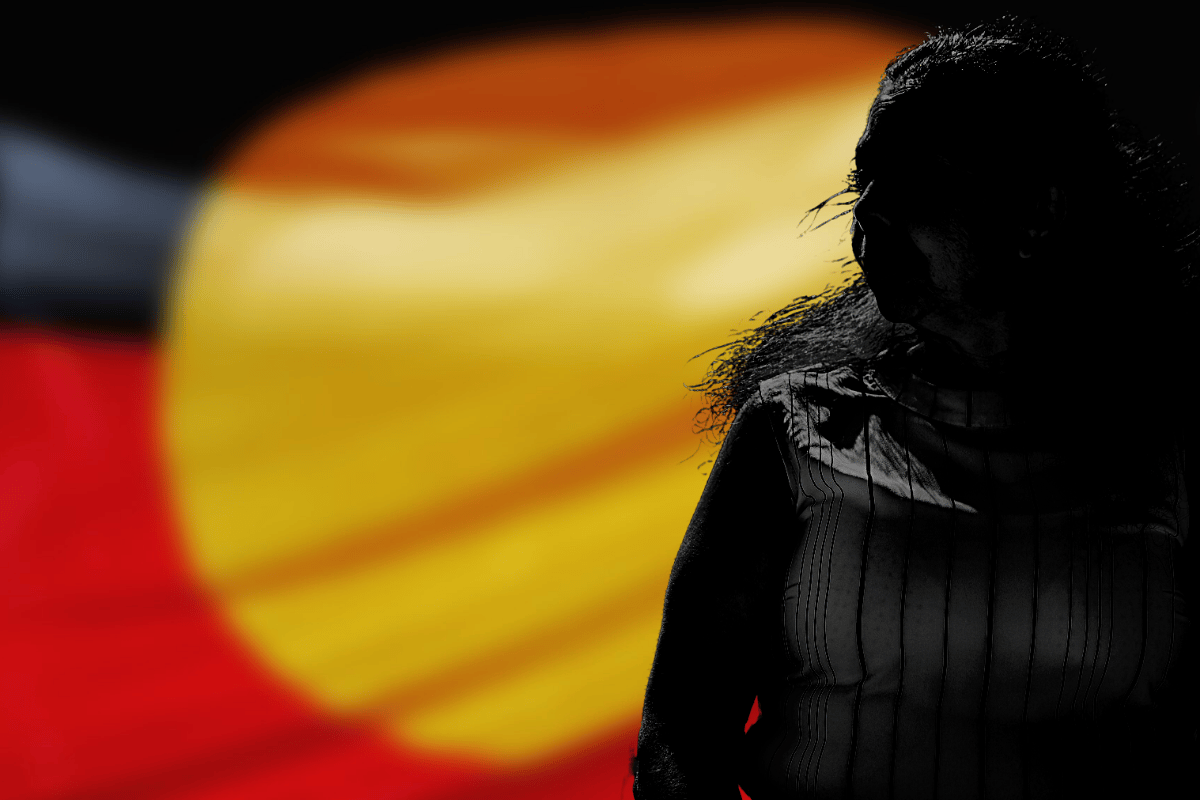 WARNING: Aboriginal and Torres Strait Islander readers are advised that this article contains the names of people who have passed.

Violence against women in Australia is an epidemic.

Every single week in Australia, one woman is killed, murdered by her husband or intimate partner.

Their names are heard; they are said out loud. There are marches, vigils.

This domestic violence epidemic is a vivid reflection of our patriarchal society with deeply entrenched power structures that support inequality on the grounds of gender, race and social class.

And so for Aboriginal and Torres Strait Islander women, family violence is not just gendered, it's racialised.

It follows that they experience the highest rates of domestic violence in Australia.

A 2018 report by the Australian Institute of Health and Welfare found that from 2016-2017, Indigenous females aged 15 and over were 34 times more likely to be hospitalised for family violence than non-Indigenous females.

The rate of intimate partner homicide was twice as high.

And yet they remain the unheard victims of this epidemic.

These names are silenced. They are not said out loud. There are no candlelight vigils; no protests; no cries for justice.

This silence says they don’t matter, that they can die like this. We need people to care about Aboriginal women’s lives just as they do the lives of non-Indigenous women; Indigenous women who are being murdered at a shocking rate.

For them, the colonisation process, and extremely violent one, never ended.

Aboriginal women and girls were raped and murdered by colonists as if it was their right. Children were removed as part of assimilationist policies later denounced as a form of genocide, and in the homes and missions, they were subject to every form of abuse including widespread sexual abuse. There has never been reparations or Treaty with Indigenous people which is required under human rights law.

Racial inequality remains alive and well throughout our country; violence against women has inequality and abuse of power at its core.

For the last year or more I’ve been supporting the family of Stacey Thorne, a Noongar woman who was murdered in 2007 in Boddington, a small country town in West Australia.

Aboriginal mothers in this state are at high risk of being murdered and according to Telethon Kids Institute research are 17.5 times more likely to be murdered than a non-Aboriginal mum.

Just think, how many Aboriginal children are being forced to grow up without their mums as a result of this violence.

Stacey, a teacher's aide, was 22 weeks pregnant when she was murdered.

We asked the WA government to release a confidential report about her murder and the police investigation. We were ignored.

We also wanted an inquiry into missing and murdered Indigenous women and girls.

Then there is Lynette Daley, violently raped on a beach in NSW by two white men who tried to cover up how they killed her. It took a national campaign by her family with the help of Four Corners, before the NSW Crown even charged the men responsible for killing her in such a cowardly and violent way.

Aboriginal women are even punished when they survive.

Take Jody Gore, a child care worker from Kununurra sentenced to 12 years for murder because she fought back to protect herself from her ex who had a history of extremely violent attacks on her.

In jailing her, the judge said a "deterrent" sentence was needed because there is "far too much drunken violence in the Kimberley".

After reading about Jody, I began a campaign for her release.

Jody was released from prison in 2019, after the Western Australia government applied ‘mercy laws’ reserved for rare cases.

Mercy came late for Jody; she spent four years locked up and separated from her children.

And for far too many Indigenous and Torres Strait Islander women, mercy does not come at all.

While the media played an important role in calling for justice for Lynette Daley and exposing the wrongful treatment of Jody Gore, too often we see them engaging in stereotyping of Aboriginal victims, effectively minimising the violence towards Aboriginal women.

It’s not only men killing Aboriginal women like this. Aboriginal women are still dying in prisons from cruel, inhumane treatment. They are still dying in hospitals, being turned away without any proper treatment by health professionals. Coroners investigating these women’s deaths are just starting to ask about unconscious bias and racism - but we know that white society is still in deep denial of its treatment of Indigenous women.

That’s why the US campaign Say Her Name is so important and we should apply it here as well. We need to acknowledge Black and Indigenous women who are suffering human rights violations and call for accountability.

Grace Tame and Brittney Higgins have been incredibly courageous, as has Louise Milligan from the ABC, but the fact is Indigenous women have been courageous too.

They’ve been speaking out for a very long time, in the face of personal risk.

But they have been unheard or ignored.

This year let’s make it our goal, to be truly brave about what we can all do to end violence against women.

Indigenous women must be at the forefront as we develop solutions.

The impacts of intergenerational trauma and the constant presence of systemic discrimination and structural inequality must be addressed if we are to make real progress in ending violence to Indigenous women.

It shows there are many changes we can make.

We just need to be seen, we need to be heard, we mustn’t be silenced any longer.

Mamamia recognises that Aboriginal and Torres Strait Islander women are the unheard victims of domestic violence and wants to break the silence. In 2022, we’re making a commitment to tell more of their stories, amplify their voices, raise awareness of the issue, and be united in our conversations about how we end violence against women for good.

Reply
Upvote
I am so very glad for this article. I have slammed down my phone after reading of the death of a non-indigenous women, while being full aware that in my town an aboriginal women was set on fire by her partner - yet no article, no story about her life and her value, who she left behind. I value both the women, but was mad only one story was written. The piece in the newspaper on the Aboriginal women was in a tiny box not more then a rectangle of 3 x 5cm. That included the title and the story. Was that all she was worth? I wondered if it was because it is too political. That maybe new outlets didn't see value in their life so didnt report on it. That they didn't matter. Thank you for this. Because all women matter.
B
blink and army 5 months ago

Reply
Upvote
1 upvotes
Very powerful article and the death of each and every woman is a tragedy.  Indigenous women face the challenges outlined in the article.  However, it does not assist the debate to ignore the fact that statistically violence against indigenous women is overwhelmingly perpetuated by indigenous men.  Why did the author only give the ethic background in one example - 'white' - and not in any of the other cases discussed?
News
General
Opinion
True Crime
Politics
Sport
Explainer
Entertainment
Celebrity
Reality TV
Movies
TV
Books
Rogue
Royal
Lifestyle
Beauty
Fashion
Weddings
Home
Wellness
Health
Fitness
Travel
Food
Family
Before The Bump
Pregnancy
Baby
Kids
Teens
School
Parent Opinion
Work & Money
Money
Finance
Career
Lady Startup
Relationships
Sex
Dating
Separation
Friendship
Family
Real Life
Couples