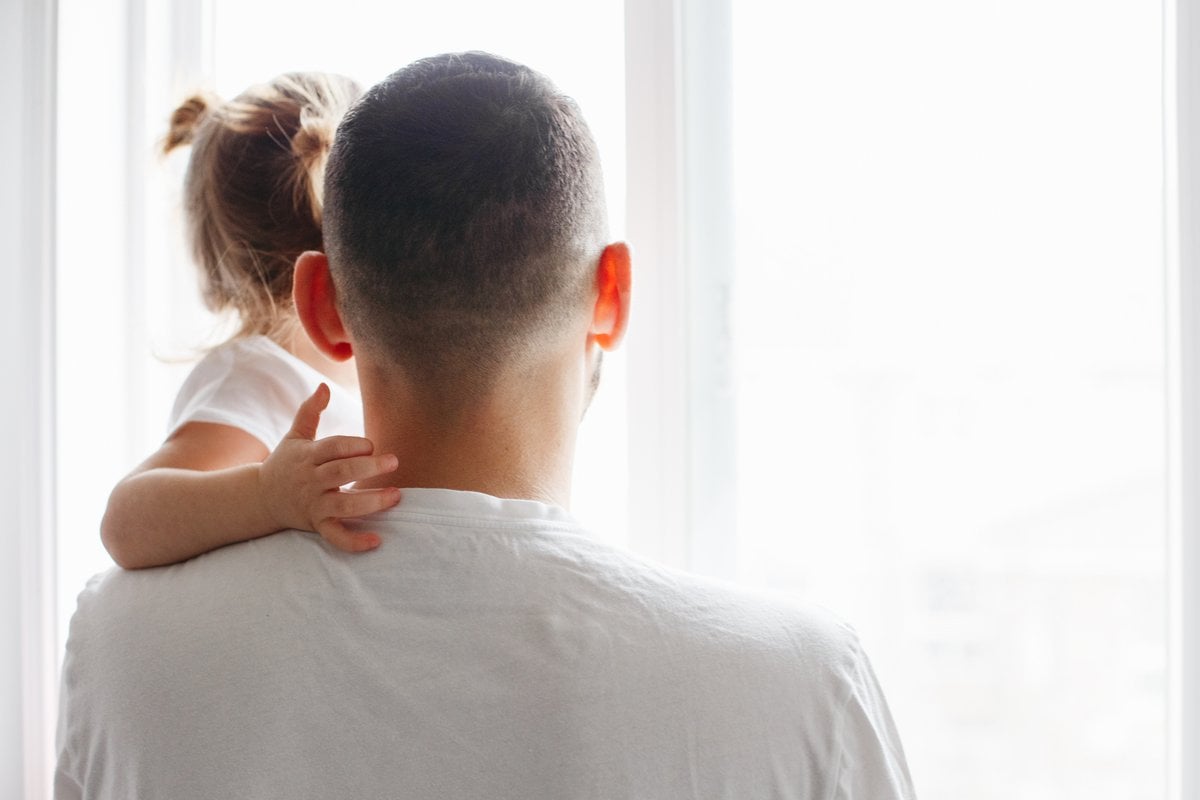 When I told a friend I was pregnant, she didn’t congratulate me.

Instead, she warned me.

“A baby changes things,” she said. “You won’t look at your husband in the same way. Most men don’t really get fatherhood at first.”

Well, I’m happy to report she was wrong… because he actually never got it. It was a major surprise to me, as I’d seen him as a loving dad with his kids from a previous marriage.

But I discovered when I had my own child that affection only gets you so far as a parent.

Yes, there’s all the hard stuff like waking up throughout the night and sacrificing time with friends (neither of which, again to my surprise, he ever did). But kids also need to engage and bond with you through laughter and play.

I mean, that’s the best part of being a parent. If you’re not interested in the good stuff… well, you’re missing the entire point.

I know some of you might not agree with me. I know some of you would rather do 30 loads of washing than build Lego or kick a football around with your kids. But you’ll read together at bedtime or make bath time fun or sing songs in the car…

My husband never did any of those things.

Never got on the ground when he was crawling, never sang with him, never even played with him in the bath.

My husband actually could play guitar beautifully and he never once took it out to strum with his son.

Any engagement with our son was done in silence – even if our child was babbling away.

To say I was flummoxed, confused, disappointed and frustrated would be an understatement. I’d only seen him with his kids who were school-aged – so maybe he’d be better then?

But I wanted our son to have a better relationship with his dad now. So, I tried to help, firstly by talking to him about it.

“Why don’t you play some guitar to him? Show him how to build his Duplo? Or use lots of bubbles in the bubble bath?”

His response: “You’re a control freak. I know how to be a parent.”

But what I was witnessing just didn’t make sense to me.

Once, he was trying to feed our son in his high chair. Our kid was never a big eater so when I saw him fussing, I started singing some silly train song and smiling encouragingly at my baby from where I was in the kitchen.

It was such a natural thing for me to do – and I thought it was a natural family scene, too.

“I can do this myself you know,” he snapped at me.

That’s when I realised I was wrong about what was happening. He wasn’t being lazy, or disinterested. It wasn’t that he didn’t love his son.

It’s that he was deeply uncomfortable with himself. I hadn’t noticed it until then, but even his laugh was silent. He was self-conscious about showing loud emotion.

He was so insecure in himself that he couldn’t just be silly – he couldn’t behave in an attention-grabbing way. A vulnerable way.

But to me, that’s 50 per cent of parenting. You sing, dance, play sports badly, do arts and crafts and bake cakes badly. These are the glorious moments that build memories and family traditions.

Listen to this episode of This Glorious Mess. Post continues after podcast.

You get on the ground and tackle and scream and do things like leave the bathroom soaking wet after a bubbles war.

But my husband just couldn’t. Or wouldn’t make the effort to.

Having said all of this, I know my brother-in-law is a dad like that. A playful dad. He plays “Dad-Jail” where he captures his kids in bear hugs as they giggle with glee. His girls have been raised playing eye-spy in the car, making dinosaur noises, having summer days in the pool with their father - having fun.

I’ve never understood why my husband couldn’t overcome his self-consciousness to have fun with his son – even when it was just the two of them.

Silliness – enjoying my son during silliness – came so naturally to me. It was probably even a priority.

I guess that’s why my husband saw those young years more of a chore than finding moments of pure joy.

Reply
Upvote
It's probably just a personality thing. If you'd met your husband and his brother when they were children, you'd probably find they were the same then. He was probably a quiet, more introverted child. Was there anything before you had a child to make you believe he would be an outgoing, extroverted, 'fun' Dad? If not, leave him alone. You can provide the fun.
B
bigtigs69 19 days ago

Reply
Upvote
I had to learn how to play with my kids when they were born. My parents were always too busy to play with me when I was growing up and so I never learned how. I'm still not that good at it.
News
General
Opinion
True Crime
Politics
Sport
Explainer
Entertainment
Celebrity
Reality TV
Movies
TV
Books
Rogue
Royal
Lifestyle
Beauty
Fashion
Weddings
Home
Wellness
Health
Fitness
Travel
Food
Parents
Before The Bump
Pregnancy
Baby
Kids
Teens
School
Parent Opinion
Work & Money
Money
Finance
Career
Lady Startup
Relationships
Sex
Dating
Separation
Friendship
Family
Real Life
Couples