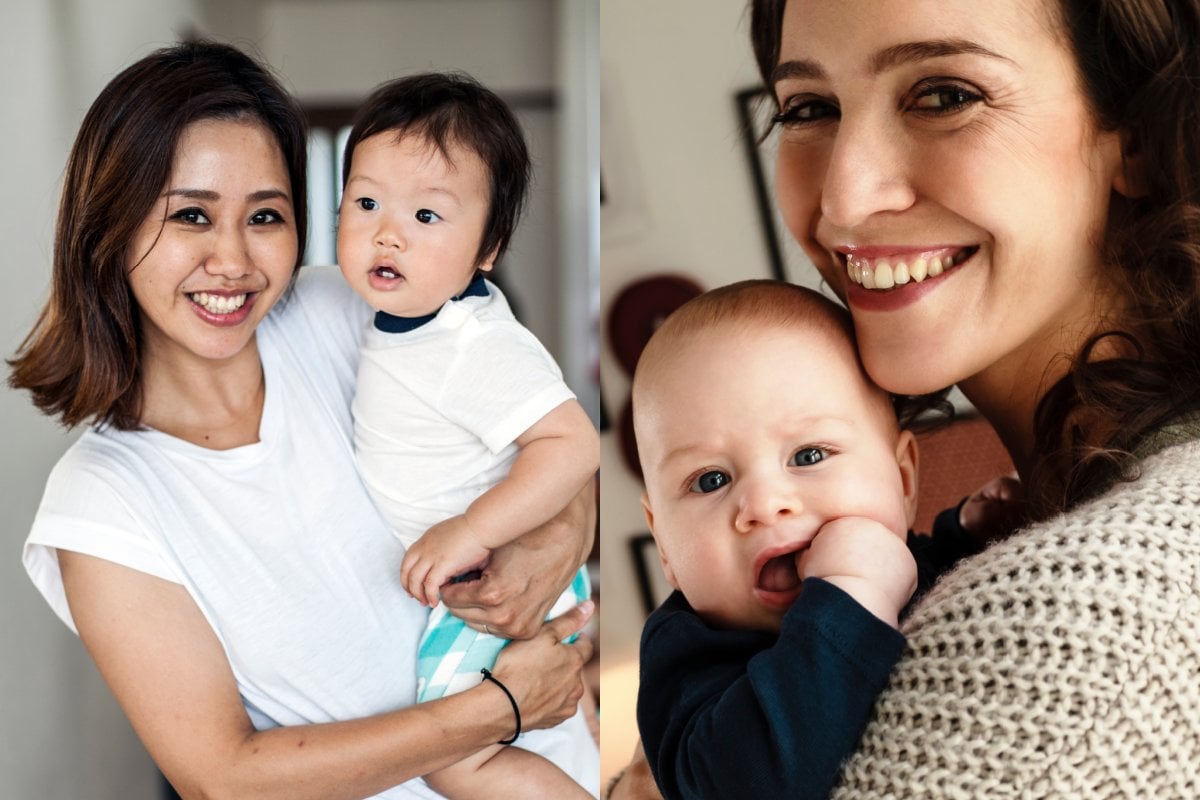 While preparing for a baby is a very exciting time, it can also be a rather expensive one.

For first-time parents, you're overloaded with information about the many products you need to own before your baby arrives. Cots, prams, change tables, the list goes on.

Watch: Here's how to have a stylin' baby. Post continues below.

But depending on whether you're after brand new items or would rather opt for second-hand, your expenses will vary.

We spoke to eight parents to find out exactly how much they spent preparing for a new baby, and what exactly they spent the money on. Here's what they had to say.

"I had twins so two of everything except a pram. Two cots, two car seats, a chest of drawers with a change table on it, two bouncers. Then we got stuck in Sydney and all my stuff was in Adelaide (thanks COVID), so I had to re-buy a lot of stuff like the change table and bouncers (thank god the pram was in Sydney). I also bought bottles, knowing it was highly likely I would need to do at least mixed feeding being twins. And I bought some clothes because who can help themselves. So that all probably came to about $5000. And then I needed a car, so another $30,000!"

"First baby - probably $10,000. Must-haves of everything, recommended products, etc. Any time there was a baby hiccup, teething or sleep issues, I bought a product for it. Instagram heavily influenced me so I needed all the Byron Bay $70 linen onesies. Now, in my second pregnancy (I’m pregnant with twins) I've bought nothing yet. My parents bought us brand new car seats and a flash new donkey pram, that’s it so far."

"We bought most things second-hand including our pram. Most of my friends had boys before me so they gave us all their clothes. I have maybe spent $2000 all up. We were gifted our most expensive items - our cot and our car seat. The most expensive things I needed to buy that I had no idea about was a breast pump and bottles."

"I had one 'want' item that was very extravagant... It was 2003, and I wasn't even pregnant yet. I was living in London and I walked past Selfridges and inside the window was a gloriously red pram - a bugaboo. I told my husband then and there that I was buying that pram when we had a baby and shipping it home back to Australia with me. Fast forward to late 2004 when I was pregnant and getting ready to head back to Australia, I bought that pram that was nearly $1000 pounds (just under $3000 AUD). ZERO REGRETS! I loved that pram until I needed to sell it when I had two kids. Side note: I wanted that pram long before Gwyneth Paltrow had one!"

"We got given most of our stuff as gifts or hand-me-downs, or through our local 'buy nothing' group. We bought the pram, car seat and cot mattress new, but I think that was about it (the pram and car seats were gifts). We barely bought anything for our second child. I reckon we spent less than $2000 for both kids, all up. Most of our money went on UberEats so I didn’t have to cook!"

Jane, next to nothing.

"The only thing new we bought was the pram and a lot of people contributed to that including my father-in-law. It was $1500 (twin pram for my twin babies). Luckily for me, my cousins had finished having their babies and actually had matching cots, etc. I didn’t need to buy clothing for my kids until they were two as we had so many hand-me-downs and still do. I had friends who were so generous with their second-hand baby items. At the time, I was overwhelmed but when you know you’re done with having your babies you are so glad to get rid of the things. I also had friends lend us things too like the capsules. Having twins, people were overjoyed to help. Lots of people bought us nappies. Great gift."

"For the first baby in early 2018, we spent about $5000 on all brand new items (husband has a thing about second-hand baby products). Nothing crazy just the pram, change table, bassinet, car seat, linen, pump kit, etc. For the second baby in late 2020, we spent $600 getting a new car seat, co-sleeper (learnt from my first that this would be handy) and a swing to pop her in for a few minutes while I attend to the firstborn. Because we didn’t know the sex of the first, we bought and were given neutral clothing which has been passed on the second. So we haven’t had to buy clothes yet."

How much did you spend preparing for your new baby? Let us know in the comments!

More articles on the topic: