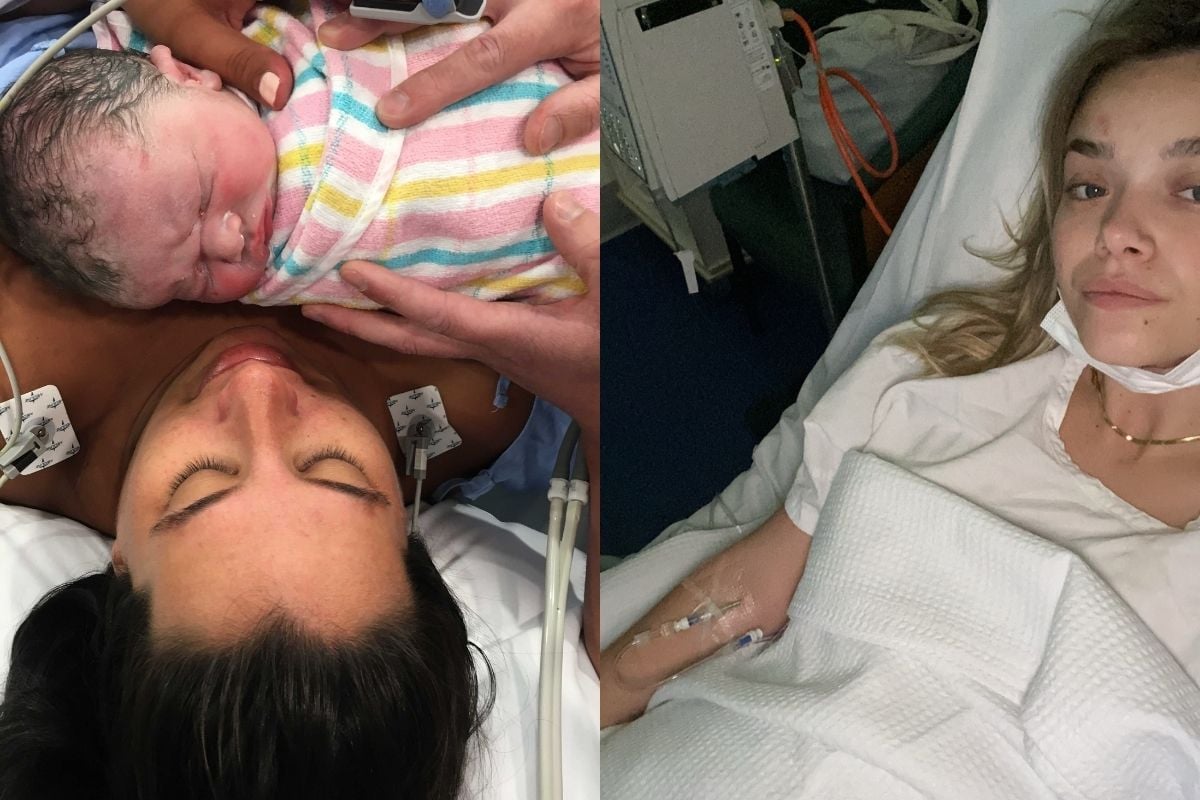 Endometriosis is a fickle beast. While some people will experience excruciating, stabbing, could-potentially-pass-out pain on the regular, others might not experience pain at all. That's because everyone's endometriosis experience is different.

And while the condition varies in severity, it's something that's shared by hundreds and thousands of women - a whopping one in 9 Australian women have endometriosis.

But for something so common, the fact is that many people go through years - or even decades - of debilitating pain until they finally get some answers.

Here, four women share how they were eventually diagnosed with endometriosis. 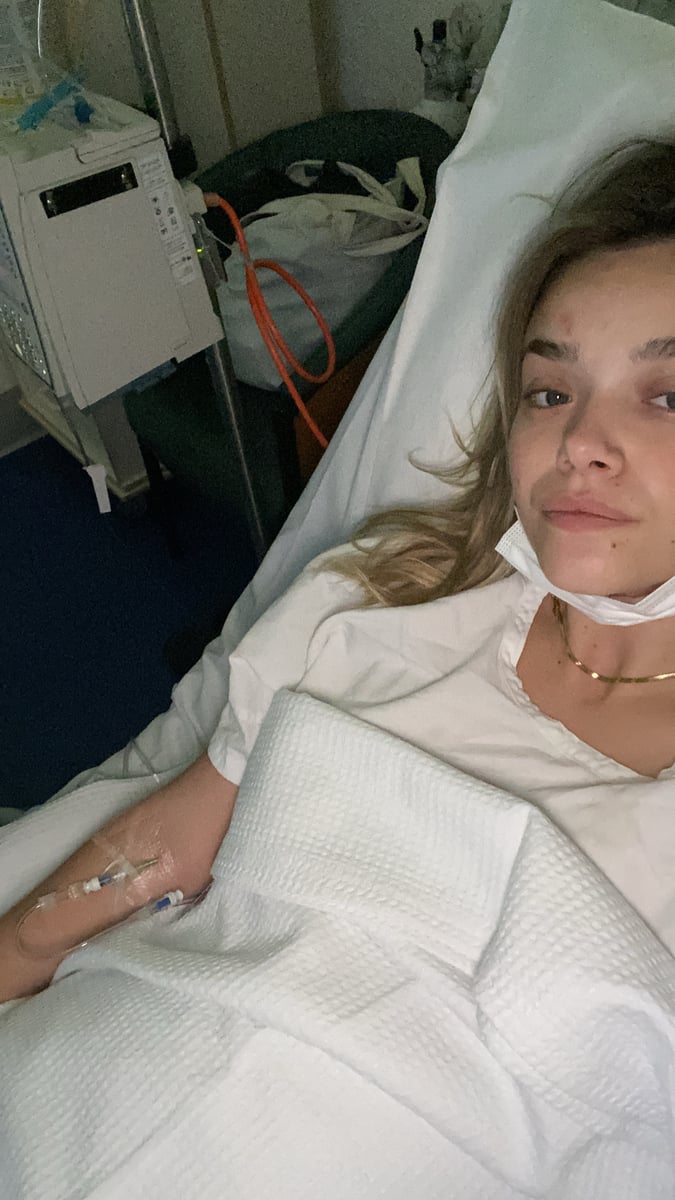 Let’s rewind the clock to 13-year-old Maddie, experiencing her period for the first time.

I was expecting some light bleeding, maybe a little bit of pain - according to primary school sex-ed (which is an issue in itself) and I had my trusty emergency pad ready to go (thanks, mum).

Unfortunately, I quickly discovered that I had been cursed with a heavy, horribly painful period. The kind of heaviness that involves me wearing BOTH a pad and a tampon, drugging myself up on any and all available pain relief… yes, I will accept your sympathy.

I grew up thinking that it was the luck of the draw. The second I started bleeding I would have to take two Nurofen and keep taking them every four to six hours to keep the pain at bay. If I didn’t take Nurofen, I would be in my bed in the foetal position with a heat pack in almost unbearable pain.

About one year ago, I got a sudden onset of stomach pain (about a week after my period finished). I was rushed to the hospital where they did some scans and an ultrasound. I was diagnosed with gastritis, due to the high volume of Nurofen I was taking for my period pain every month for the first three days of my period. Oh, did I mention my periods last for eight days?

About three months later, I had another sudden onset of crippling stomach pain. I could barely walk myself to the bedroom. My girlfriend called the ambulance and once again I was rushed to hospital.

After spending a night in hospital, being poked and prodded with needles and speculums, the gynaecologist and surgeon came to see me. They suspected appendicitis and told me I had a hemorrhaging cyst on my ovary.

“You have three options,” the surgeon said:

After surgery they told me I had appendicitis, a hemorrhaging cyst, and it appeared I had some endometriosis. Unfortunately, they weren’t able to remove it due to the cyst.

They recommended I go on the contraceptive pill and have a follow-up appointment in a few months. I remember walking away from the hospital feeling like I didn't have the answers I needed.

Once again, two months later I was rushed to hospital with the same crippling stomach pain I had experienced previously. They did lots of scans, blood tests - the whole works.

Turns out I had ANOTHER hemorrhaging cyst, causing inflammation.

I was booked in for another laparoscopy to clean up the mess left by the cyst, and to further explore the extent of the endometriosis. They also decided to implant the Mirena in order to stop the pain, heavy periods and to treat the endometriosis.

After I woke up, the doctor told me I had stage four endometriosis that they missed in my first surgery. They removed most of it, however it had spread to my bowel and that was too risky to remove.

It’s now almost four months after my surgery and I feel so much better having a clear diagnosis.

After the endometriosis removal and Mirena implant, I don’t experience period pain and I have the lightest period. To say it’s made a big difference in my everyday life would be an understatement.

My mum had a history of endometriosis and had a hysterectomy when she was in her mid-20s, as that was the only treatment option in the '70s.

I was formally diagnosed with endometriosis after over a decade of painful periods to the point where I had to take days off work every month when I got my period. I had pain down my legs and in my back. There were no pain meds that made a difference.

Between 1997 and 2000, I had five laparoscopies to remove the endometriosis each time it grew back.

In 2000, my then gynaecologist put me on a hormonal treatment for six months. It simulated menopause in the hope that would put the endometriosis into remission.

I was told that my fertility would be impacted and to expect never to fall pregnant.

After I had our twins, I tried using the Mirena to see if that helped.

In 2007 I had it removed and had my tubes tied because we knew we weren’t ever having anymore kids.

It was another 10 years before I could get a doctor to give me a hysterectomy. I lived in pain for all that time and would need to take days out of my life all the time. By the time I had a hysterectomy, my periods had gotten so heavy (related to the endo) that I couldn’t leave the house when I had my period.

Over the years I had pain during sex (but would pretend it was ok), and I would always know when my period was coming because I would have had days of pain and missed work.

After the hysterectomy, my gynaecologist told me I had also lived with adenomyosis all my life. This is a diagnosis that can only be 100 per cent confirmed via a biopsy, which is done after the uterus is removed during a hysterectomy.

The difference between the adenomyosis and endometriosis:

I had what is called a radical hysterectomy, as my gynaecologist decided that it would be best to take my ovaries, cervix and everything else at the same time to ensure that it was all gone.

When he went in to do the operation, he discovered there was so much endometrial tissue, that it was hard to determine what was bowel and what was uterus.

I would say that a hysterectomy is the most radical treatment option that I wouldn’t suggest unless you are sure you are either done having children or are sure you don’t want to try for them. It also is not a guaranteed cure. I still get pain from some residual endo in my bowels. 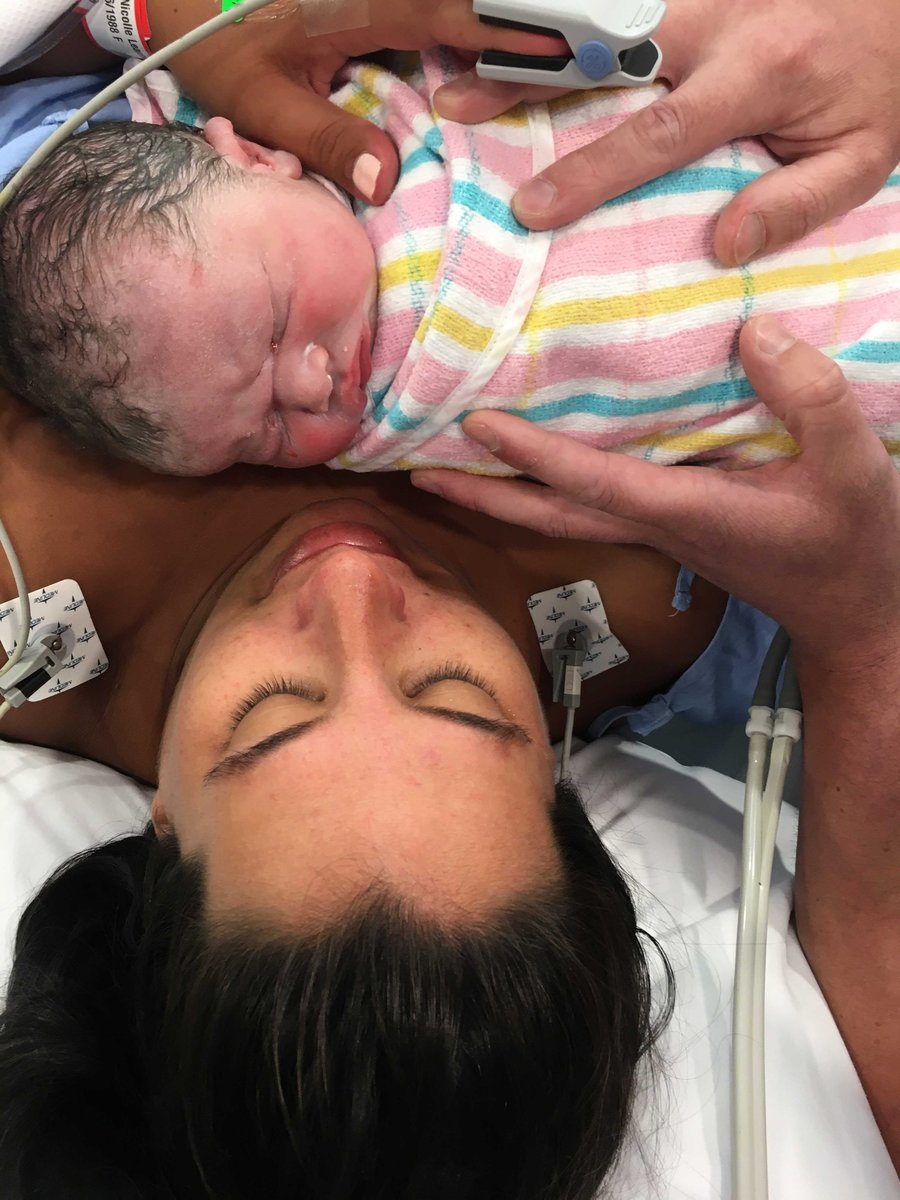 My diagnosis came unexpectedly with the birth of my son, Hudson. After being induced and never really progressing towards active labour, I went in for an emergency caesarean. At some point afterwards, they took Hudson to clean him up and my obstetrician said to me, “Nicolle, did you know that you have endometriosis?”

I was shocked. I kept questioning him and asking him “how he knew” because all I’d ever heard about endo is that it’s hard to diagnose. I literally thought it was invisible, but it wasn’t - it was there. In fact, so much so that he told my husband to have a look, which he did and promptly regretted it and wouldn’t take a photo for me!

My obstetrician asked me if I’d like him to remove it and I said to him, “Yes, please - as long as you don’t charge me. It’s two for the price of one, right?”

He sent it off for testing and I got the results at my six-week checkup, and he said that it was stage four.

Looking back, the only signs I ever had were bad cramps on the first day - but nothing ever debilitating, I just thought cramps were part of the deal. He said I’m either lucky or have a high pain threshold. I also have really heavy periods, which is apparently a sign.

I don’t know if it impacted my fertility because my pregnancy was unplanned - so I don’t know if I will struggle in the future, which does make me feel a bit uneasy

I was diagnosed with endo when I was around 21. I was really 'lucky' because mum has it so was able to recognise the symptoms, which were terrible, terrible periods and a few other things. From there I went to a specialist and got it diagnosed.

Mine was quite bad, so I decided to have surgery to remove it, and I got a Mirena put in at the same time. Surgery was pretty terrible, but they were successful in removing it. The Mirena completely stopped my period, so I was no longer suffering there.

The surgery took about two weeks to recover from, and the Mirena has been so great that I got my replacement one put in about six months ago.

Do you have endometriosis? How were you diagnosed? Share your story with us in the comment section below.