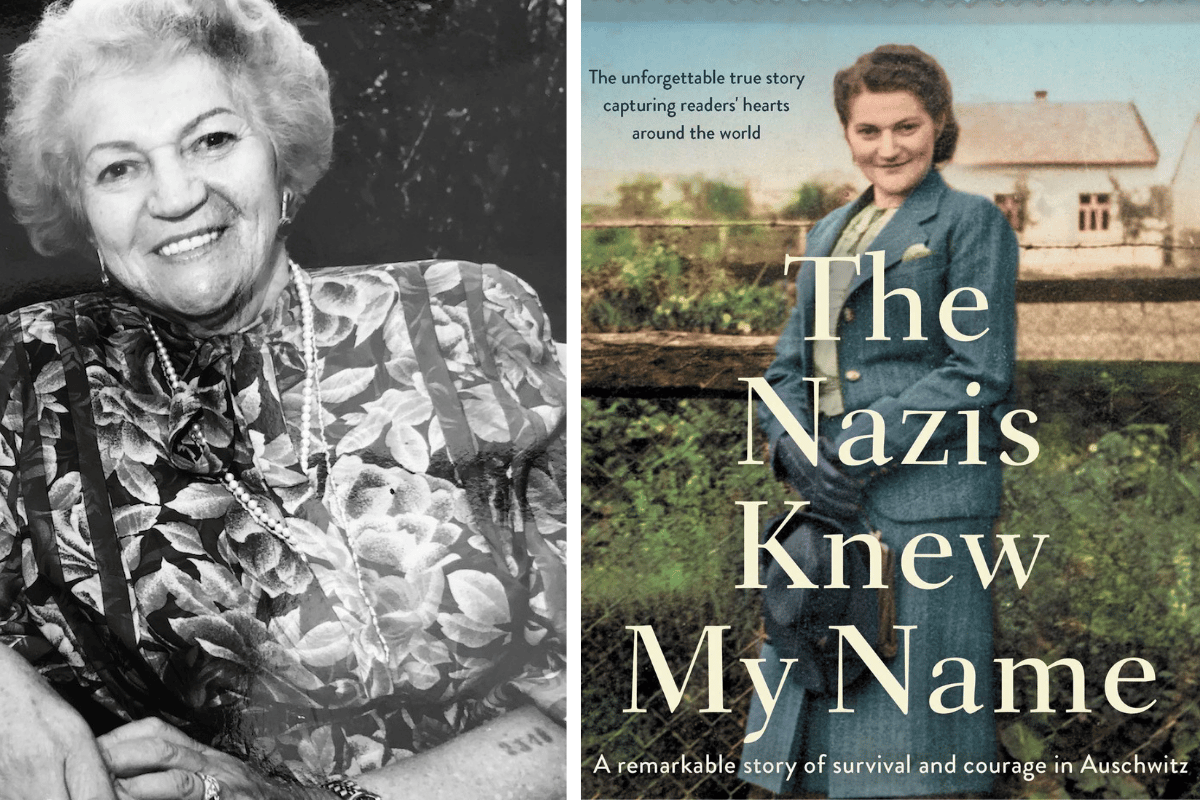 Holocaust survivor Magda Hellinger had 'chutzpah'. There's no doubt about it.

She was a woman of courage, audacity and confidence, using her smarts and nerve to save hundreds of lives during her time in Auschwitz from 1942 to 1945.

Magda, much like so many others who were exposed to brutality, wasn't expected by the Nazis to have made it out of Auschwitz. But she did. And her story did too, thanks to Magda's daughter, Maya Lee.

In a new memoir, The Nazis Knew My Name: A remarkable story of survival and courage in Auschwitz, Magda's incredible story is being shared with the world.

What makes Magda's story so different from other Holocaust accounts, is that Magda was a prisoner functionary: an involuntary prison leadership role where the Nazis forced Magda to keep order, perform administrative tasks, supervise food distribution and make sure the women in her block were healthy. If order was not maintained, Magda herself would face serious consequences, in the form of a gas chamber.

"She didn't have any real power. But somehow her strategies and manipulation worked. She did everything she could to survive and help others. It was a dangerously fine line: using every possible opportunity to save lives while risking execution," daughter Maya said to Mamamia.

Today is also International Holocaust Remembrance Day, where we commemorate the six million Jewish lives and millions of others who perished at the hands of the Nazis. It marks 77 years since the liberation of the Auschwitz Concentration Camp.

In March 1942, 25-year-old kindergarten teacher Magda and thousands of other Jewish Slovakian women were deported to Auschwitz. The women were told they would be working at a shoe factory.

Less than 300 of the 7000 women and girls deported to Auschwitz from Slovakia survived.

At Auschwitz the Nazi SS guards began putting Jewish prisoners in charge of the day-to-day running of the accommodation blocks, camp administration and workforces. Magda was one such prisoner selected for leadership.

Her role was simple: keep order to avoid scrutiny and punishment from the SS. Because if there was chaos in the blocks, the SS guards would soon come with their dogs and guns.

One such year, Typhus began to spread throughout Auschwitz, which led to the death of tens of thousands of Jews. If one person in Magda's barrack was found to be infected with the disease: the whole barrack would be sent to the gas chambers.

"Those who were sick, Magda would hide in the back of the barracks she was in charge of ensuring they weren’t spotted by the SS guards," Maya told Mamamia.

This wasn't the last time Magda would put her own safety on the line to help others.

One day on a camp road Magda observed that SS officer and physician Josef Mengele, also known as the Angel of Death, had randomly selected 800 young Jewish girls to go to the gas chambers.

"Mum was horrified. So, she stood amongst them, broke the group in half and told the half behind her to go back to their barracks while Mengele had left the camp. She wasn't able to save all of the girls, but she did manage to save half," Maya said. 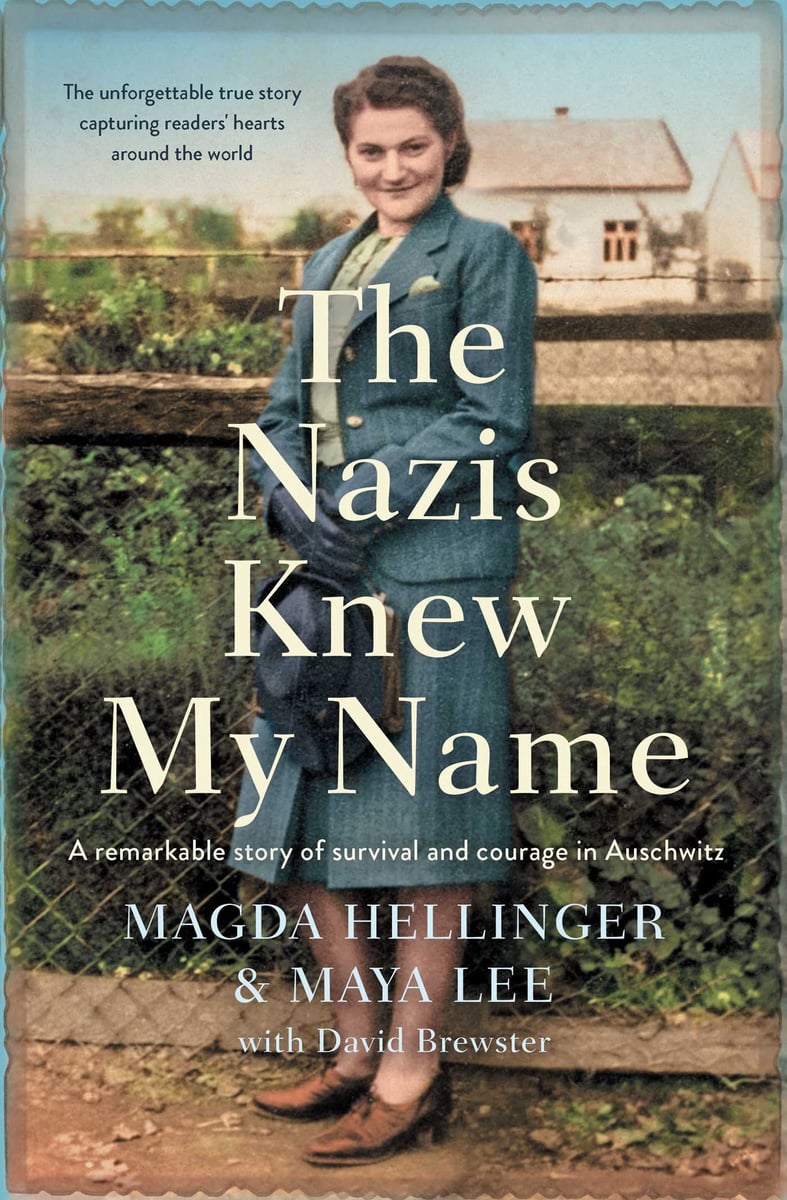 Another time, Magda discovered many women had been selected to go to the gas chambers, and were being held in block 25 the night before their death. So during the night-time, Magda got the guard on the door drunk: he then fell fast asleep and she was able to let those women out of the block and save them, giving the women, 100 at a time, refuge until they were relocated to their own blocks.

On a smaller scale, she smuggled food to starving people, and she managed to send some prisoners away to factories outside of Auschwitz to work - where they had a much better chance of survival.

Magda's efforts are incredibly admirable, especially considering she came across some of the most infamous Nazis known in history: Irma Grese, Maria Mandel, Josef Kramer and Josef Mengele.

"It must have been terrifying for her," Maya reflected.

"In the pit of her stomach she had fear, but she couldn't afford to show it. She showed strength instead. One of the SS guards once said to her 'for a Jew, you have indeed got something in your head' alluding to her smarts. But she still walked on eggshells every day."

Maya continued: "Did you look at someone the wrong way or say something wrong? Did you move too fast or too slow? There was no rhyme or reason for who could be killed next." 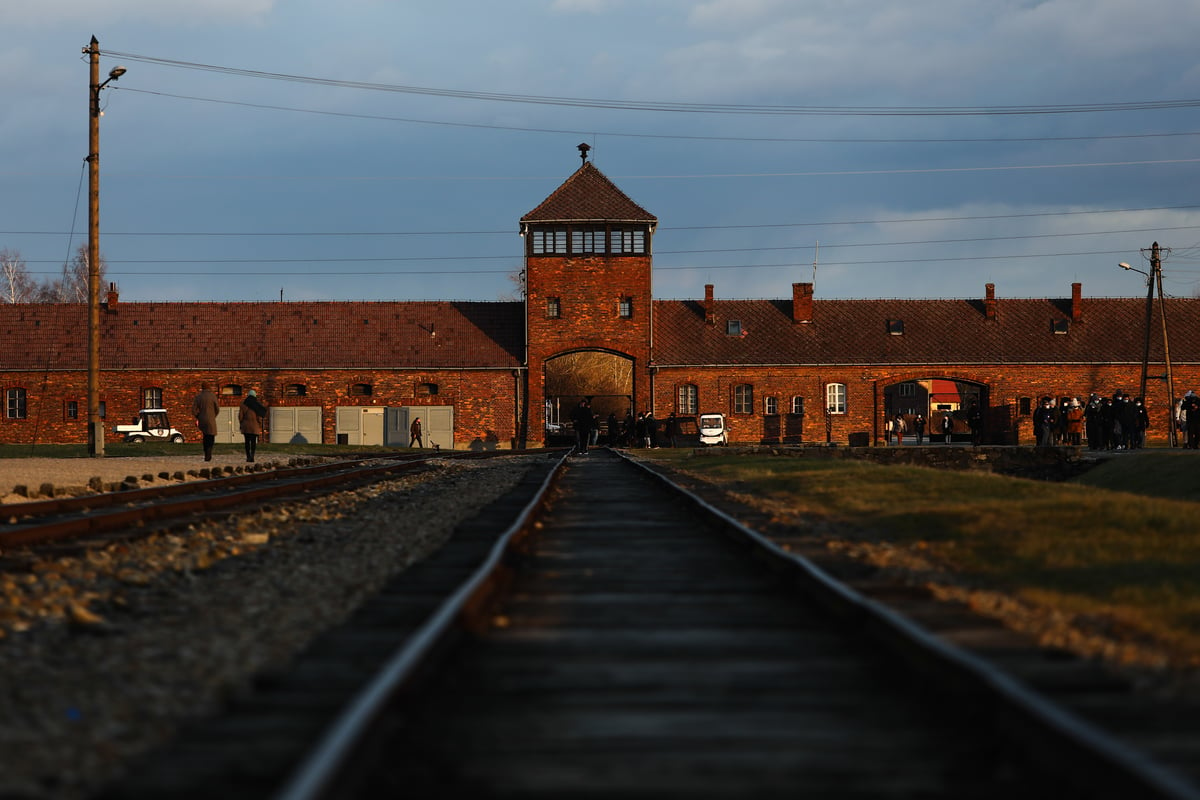 When you think about the atrocities committed it's hard to see the SS guards as having any sort of humanity: but as Maya points out, with a human side comes vulnerabilities that can be manipulated. And that's exactly what Magda did.

In her account after the war, Magda wrote: "None of us could prevent the worst of what the SS were aiming to do, especially the mass murder of people immediately after their transports arrived. All we could do was try to slow the Nazi machine and possibly save a life here and there, even if only for a day."

There were times that Magda was punished for her actions.

One of the hardest moments Maya uncovered about her mother's life was her experience in the standing cell.

The cell was constructed to prevent a prisoner from doing anything but stand for hours on end, in a 90cm by 90cm room with four women in the small space, standing all night and going to work outside the camp for hard labour all day.

"Trying to visualise that torture, I just can't imagine it. I actually felt really impacted by the cruelty," Maya shared. "She was also on the way to the gas chambers on three different occasions. But she was saved by others who helped her to survive."

Listen to No Filter: On the 10th of November 1938, Eddie Jaku's world changed forever when a group of Nazis knocked on his front door. Post continues after audio.

But even amid the horrors, Magda still managed to put on a brave face.

"She wanted to protect the Jewish women, and they saw in Magda a lack of fear, which gave them strength as well. If they saw a Jewish 'leader' able to handle the Nazis without obvious fear, then it encouraged a little hope in them," Maya tells Mamamia.

“Magda's mantra was 'girls we have to stick together and help each other to try and survive'."

Magda's life after the Holocaust. 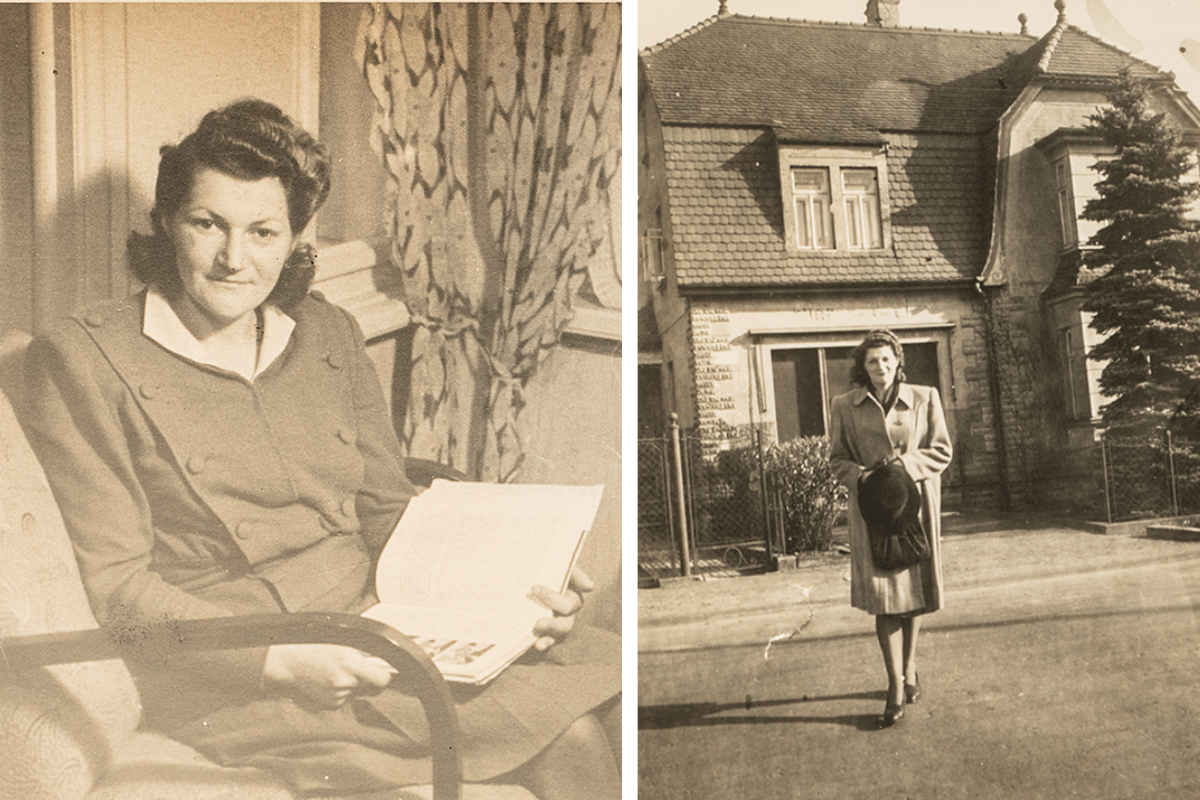 While in Auschwitz, Magda met Béla Blau: her future husband.

The pair both managed to survive the Death March, and reunited in Slovakia, where Béla asked Magda to marry him.

"Deep down I knew that saying yes to Béla was the right decision. The war was over, and we had somehow survived," Magda wrote. "It was time to move on."

Across Slovakia, over 80 per cent of the pre-war Jewish population was murdered.

So to start a new life, Magda, Béla and their two new daughters, Maya and Eva, went to live in Israel, later deciding to emigrate to Australia to join family in Melbourne in 1956.

After building a new start for their family, Magda and Béla "lived a happy life, and after years of hard work, a comfortable life" in Australia, where they lived for the rest of their time. 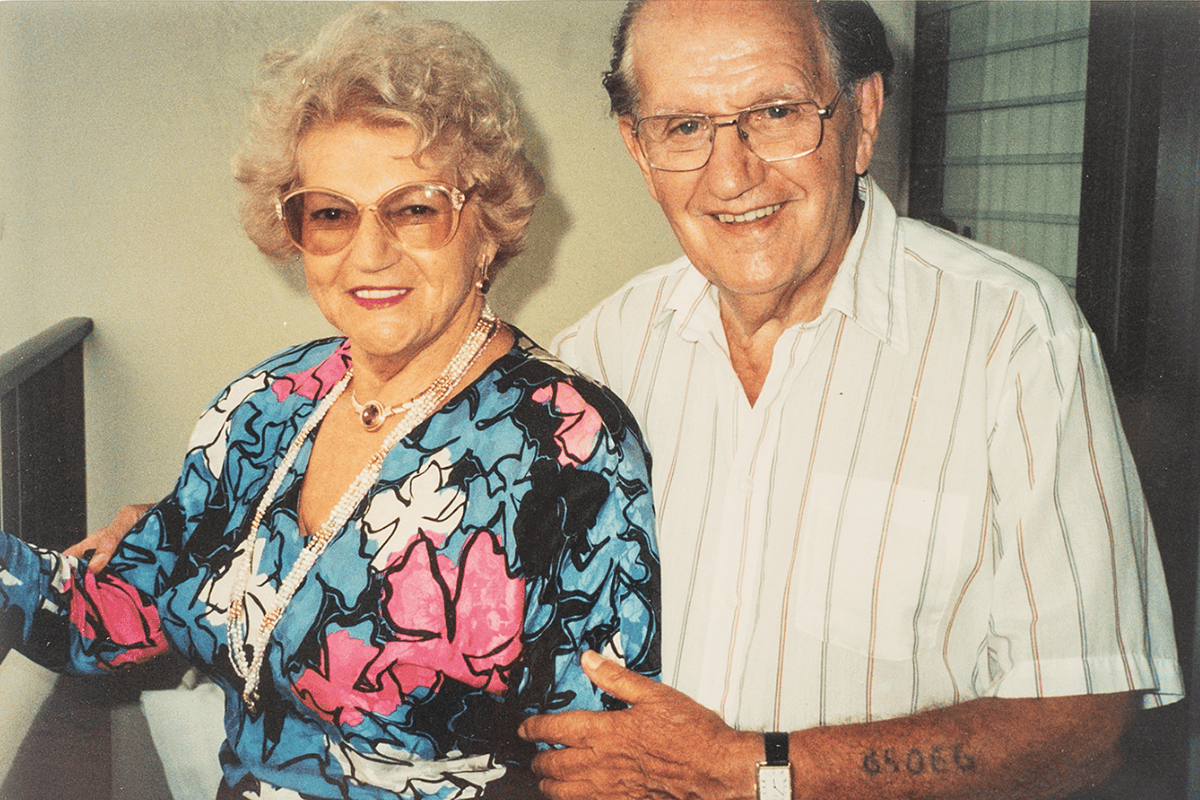 When Magda was 86 she decided to write her own story. But in it she left out some primary resources from other survivors who corroborated Magda's brave actions. So Maya decided to conduct some extensive research in order to complete her mother's memoir.

"I wanted to make sure we did justice to her memory and tell her story in a way she always wanted to tell it. And now that the book is being published in 13 countries, I feel very proud," Maya shared.

But the process wasn't easy. It understandably came with its own set of challenges.

"I compartmentalised things: I wanted the truth to be told, and to do that I had to push my feelings aside and think straight, and not be distracted by emotion."

While writing the book, Maya happened to be at an op shop in her local area where she met a fellow female shopper. The woman was Jewish and from Brazil, her mother also from Slovakia, like Maya's.

"I asked the woman if her mother had been at Auschwitz and she said yes. I asked if her mother had survived the Death March: she said her mother did not go on the Death March as she had been saved, by the block leader [prisoner functionary] who knew that labour was required in the Krupp factory in Poland, where conditions were a little better. That block leader then arranged for the mother and two cousins to be sent off to that factory to work. I asked if she happened to know the name of this prisoner functionary. And the woman said her whole life she had been told the story of how Magda Hellinger had saved the lives of her family." 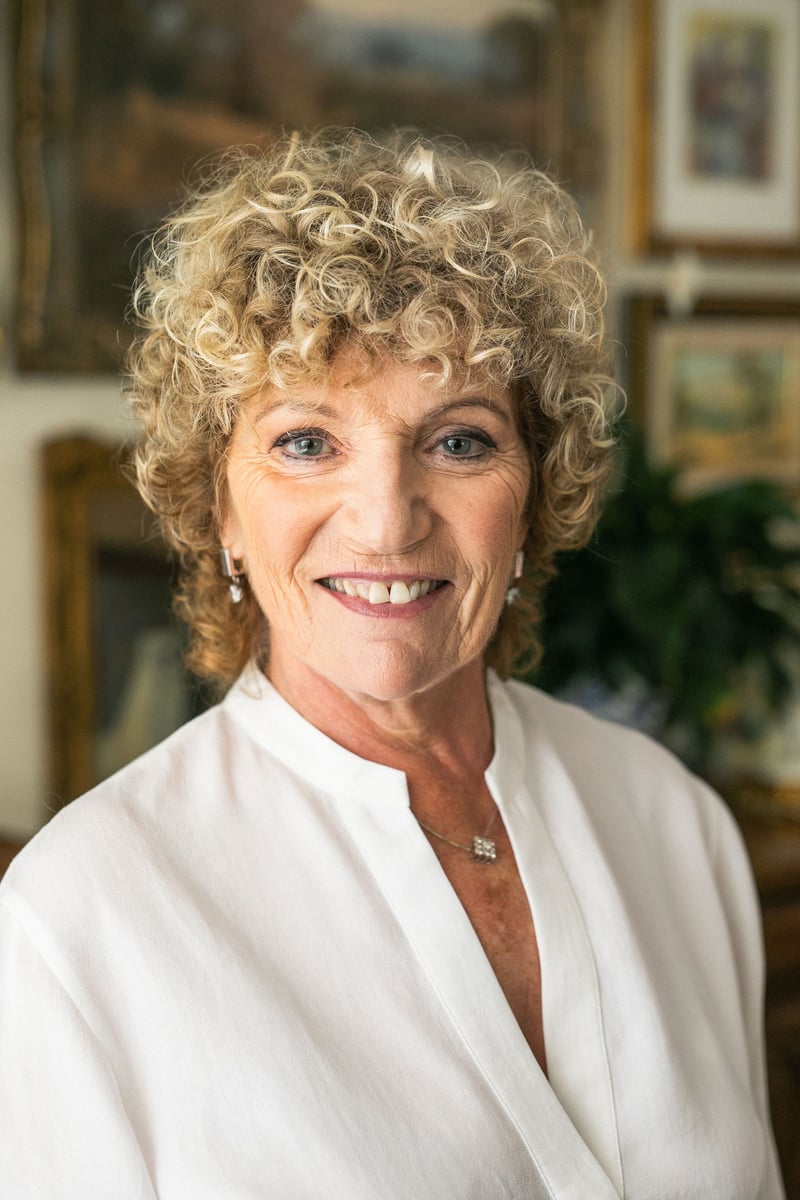 Maya said she doesn't consider herself a religious or spiritual person. But she does feel that this memoir was meant to be.

"I think my mother is behind this. The book was destined to happen. The day I was given the contract to write the memoir by my publisher, March 24, it was the same date my mum and the young Jewish girls from her town were deported to Auschwitz, 78 years ago. It was a push to keep moving."

As for the lessons Magda taught her daughter Maya: "Do not judge or bear resentment against people. For people to read about a woman like my Mum, and how she was able to live her life in Auschwitz with courage and integrity: I am so thrilled."

Ultimately, Magda's story is difficult to hear, and a story difficult to re-tell. But it is one you will never forget. 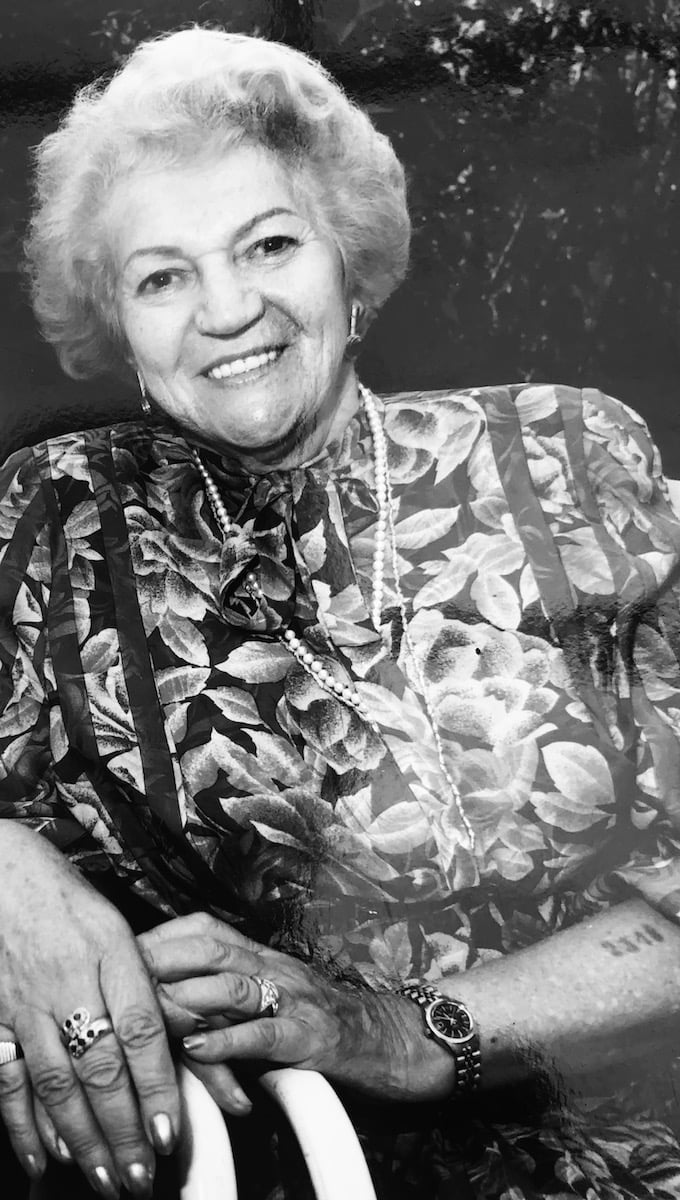 You can purchase a copy of The Nazis Knew My Name: A remarkable story of survival and courage in Auschwitz, from all good bookstores including, Audible, Amazon, Dymocks and Booktopia.