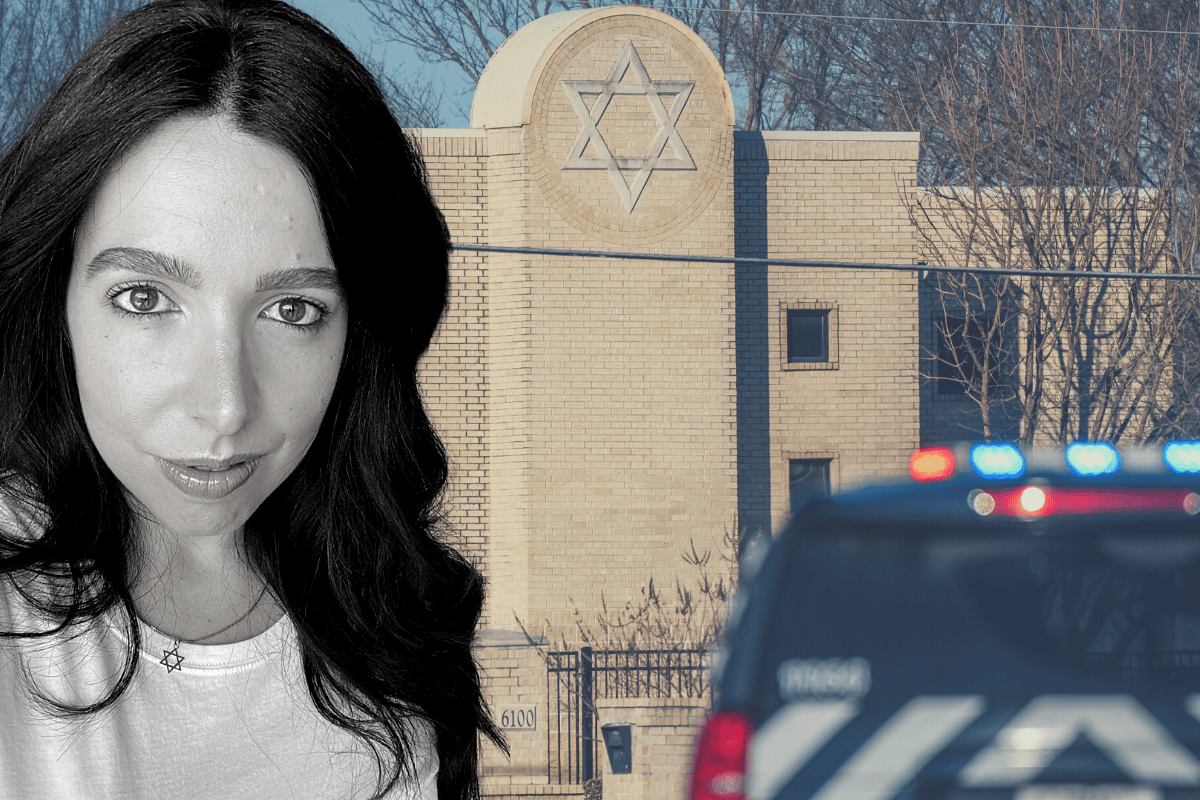 I had an escape route planned.

If I heard someone enter by force from the main entrance, hopefully I’d have enough time to race to the back door, down the stairs outside. And run.

But what if someone was waiting on the stairs too? And what about everyone else left behind?

This is the reality of being Jewish in 2022 – In Australia. In the world.

Treasurer and Jewish Australian Josh Frydenberg on the rise of antisemitism. Post continues after video.

We don’t really speak of it out loud, but we’re mentally noting the exits, silently devising the quickest way to evacuate our synagogues, schools and communal organisations. Because, what if?

Our institutions are often built with bulletproof glass, without exterior signage – so as to not draw too much attention – are surrounded by high fences and under the watchful eye of CCTV and armed security guards.

It all sounds a bit dramatic. But unfortunately, it’s necessary.

In the past year (October 1, 2020 - September 30, 2021), antisemitism increased by 35 per cent in Australia, according to the Executive Council of Australian Jewry’s (ECAJ) Annual Antisemitism Report.

In Sydney, Jewish school children were threatened by a passing driver, who gestured motions of a spraying machine gun towards them.

In Melbourne, Jewish people had coins thrown at their feet when leaving synagogue.

In Brisbane, a man performed the Nazi salute outside a synagogue and shouted antisemitic slurs before he punched a Jewish man in the face and spat on him.

And in Perth, a Jewish family returned to their home to find it had been broken into, and vandalised with swastikas, antisemitic graffiti and the white supremacist code “14”.

The list goes on. 443 more incidents – and those are just the reported ones.

I know antisemitism too. They were the remarks hurled at me across Year 8 maths class, the casual university “jokes”, stereotypes and micro-aggressions, and the “Christ killer” accusation from the mouth of a friend.

And as the Features Editor at The Australian Jewish News for four years, too many times did I look into the swollen eyes of parents, desperate and distraught, over the antisemitic abuse experienced by their children at school: The Jewish boy that was forced to kiss the feet of an innocent Muslim child, or be bashed; the prep student who broke down and cried, “‘Mummy, you shouldn’t love me. I’m a worthless, Jewish rodent. I’m vermin,’” on his kitchen floor. Then there was the teen who was threatened with a knife in the bathroom; and the brothers who regularly faced ‘Heil Hitler’ chants and were told to “Burn in the oven”.

And here we are today, on International Holocaust Remembrance Day, where we commemorate the six million Jewish lives and millions others who perished at the hands of the Nazis. It also marks 77 years since the liberation of the hell that was the Auschwitz-Birkenau Concentration Camp.

Also today, it was revealed in a new study that almost one in four Australians have "little to no knowledge of the Holocaust". For millennials, that number is closer to one in three.

The Gandel Holocaust Knowledge and Awareness in Australia Survey 2021, undertaken by researchers at Deakin University, is the first of its kind nationwide.

Quite telling, the survey found that people with greater levels of Holocaust awareness and knowledge have warmer feelings to minorities overall – Jews, Hindus, Muslims, Buddhists – and vulnerable groups like, our Indigenous people and asylum seekers.

And this is why ignorance of the Holocaust – and antisemitism – isn't just a Jewish problem.

We proclaim, ‘Never again’. Never again another Holocaust, another genocide. But to avoid repeating the wrongs of the past, we must learn, and remember where it all started. It didn’t happen in a vacuum, and the Holocaust didn’t begin in the gas chambers.

Instead, the Nazis systematically reduced the value of Jewish lives to that of vermin, needing to be stamped out. It began with language; a harnessing of the pervasive antisemitic sentiment that long simmered beneath the surface of European society. It was then normalised and spun into propaganda disseminated within the media, arts, literature and education. Every aspect of public life.

This campaign began in 1933 – eight years before the Final Solution, Hitler’s decision to murder Europe’s Jews. It began with words, rhetoric that fuelled discrimination, and evolved into dehumanisation; the makings of a genocide.

It’s a slippery and sharp descent between vicious language and the destruction of a people.

Learn more about the different stages of the Holocaust with our survivors in 'Understanding Through Testimony': https://t.co/Kdub2khfW7

As Jews, we know this. It’s the collective intergenerational trauma we bear, ingrained at the forefront of our consciousness, along with the names of great-grandparents we never got to meet. For me, it’s Nanna’s story, my partner’s 97-year old grandmother, Lena, who hums and sways to the Polish songs she waltzed to in her youth – before Auschwitz.

And we’re anxious. Because as the years have passed, and more survivors have too, the world has slipped further into apathy, a bystander to the lessons of one of humanity’s greatest atrocities. All the while, global antisemitism continues to rise at an alarming rate, with 2021 deemed the worst year in a decade, according to an international report released on Monday.

Just two weeks ago, a rabbi and three of his congregants were held hostage by a gunman in an antisemitic terror attack in a synagogue in Colleyville, Texas. After 11 hours, the captives escaped, with thanks to their security training – yes, the security training that is increasingly recommended in order to just worship.

In October 2018, a gunman opened fire at the Tree of Life Synagogue in Pittsburgh during a Saturday morning (Jewish Sabbath) prayer service. Congregants ran, some hid in cupboards, but ultimately 11 people were killed. It was the deadliest attack against the Jewish community in the US. 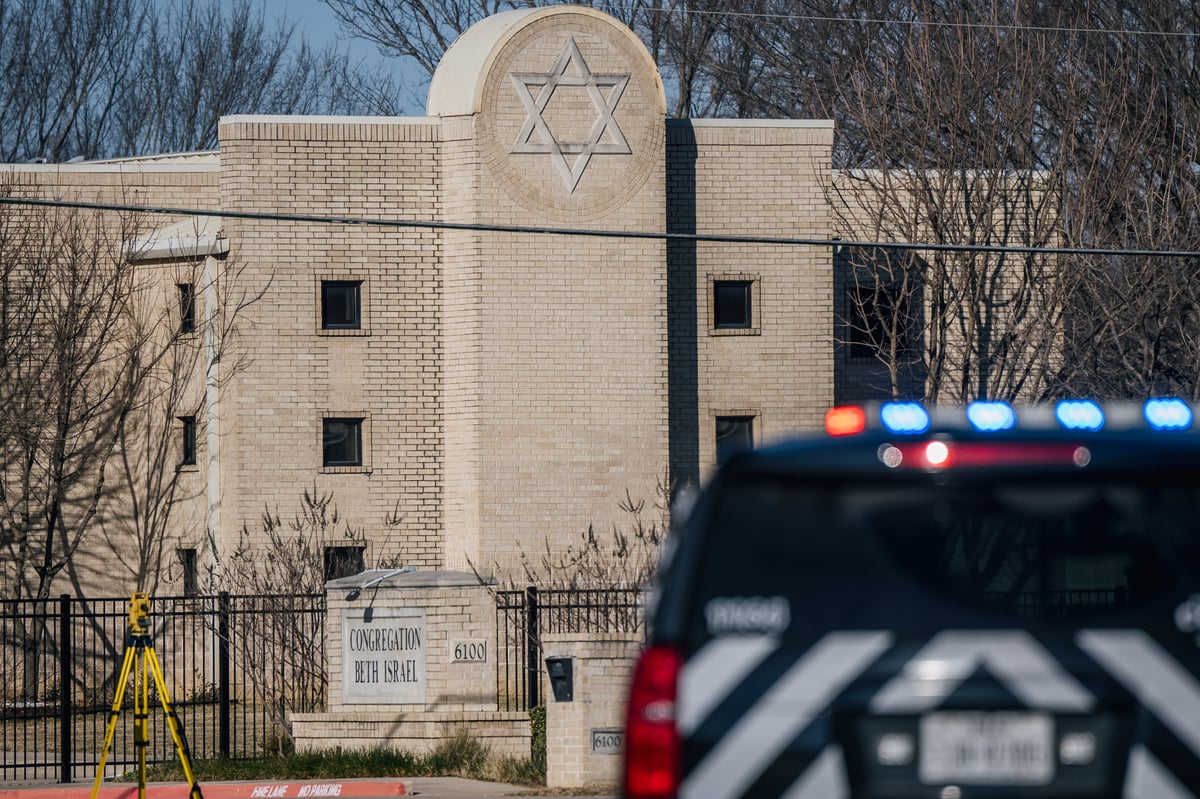 Then there was the gunman who stormed a synagogue in Poway, California in 2019. He shot four people, fatally wounding one. There would’ve been more, but by sheer luck, his rifle jammed.

And while all of these incidents seem far away in “another country”, in reality, it couldn’t be closer to home.

As a Jewish person, when attacks like these happen, it’s not just the latest awful news headline. It’s a halting punch to the stomach. We pray – even those who may not believe. We text our loved ones. We refresh our news feeds relentlessly.

And then, when the worst has happened, we feel it deeply, heaving on our heart and wrapped around our throat, as we gather and mourn together too.

While the Jewish people – a religious and ethnic minority – make up just 0.19 per cent of the world’s population, we are diverse in our myriad of cultural practices, opinions, politics and religiosity. And yet, we all share the common understanding of the very real danger of antisemitism – one of the most enduring forms of prejudice, spanning millennia.

And whether it’s Texas or Halle or Paris, we know that it could just as easily be us, victims in a headline, targeted for nothing more than who we are; our 3,000 plus years of history, our traditions that we keep, our faith, and all that is perceived to make us “different”. All that makes us, us.

It’s doesn’t get more personal, and we're not immune to this level of antisemitism too. Not even here in Australia, where far-left extremists espouse antisemitism on university campuses, and Neo-Nazis of the far-right are spread throughout five Australian states. In fact, one such group undertook a training camp in Victoria’s Grampian Ranges a year ago, reportedly in preparation for a “race war”.

As a Jewish person, or for any person of colour or minority: This. Is. Truly. Triggering.

And then there are those individuals who misappropriate, trivialise, and outright deny the Holocaust. Indeed, just last week, the UN General Assembly adopted a resolution aimed at combatting Holocaust denial, calling out the complacency of social media networks and imploring them to remove antisemitic posts. It also urged member states to develop educational programs to ensure future generations learn the lessons of the Holocaust, “in order to help prevent further acts of genocide.” 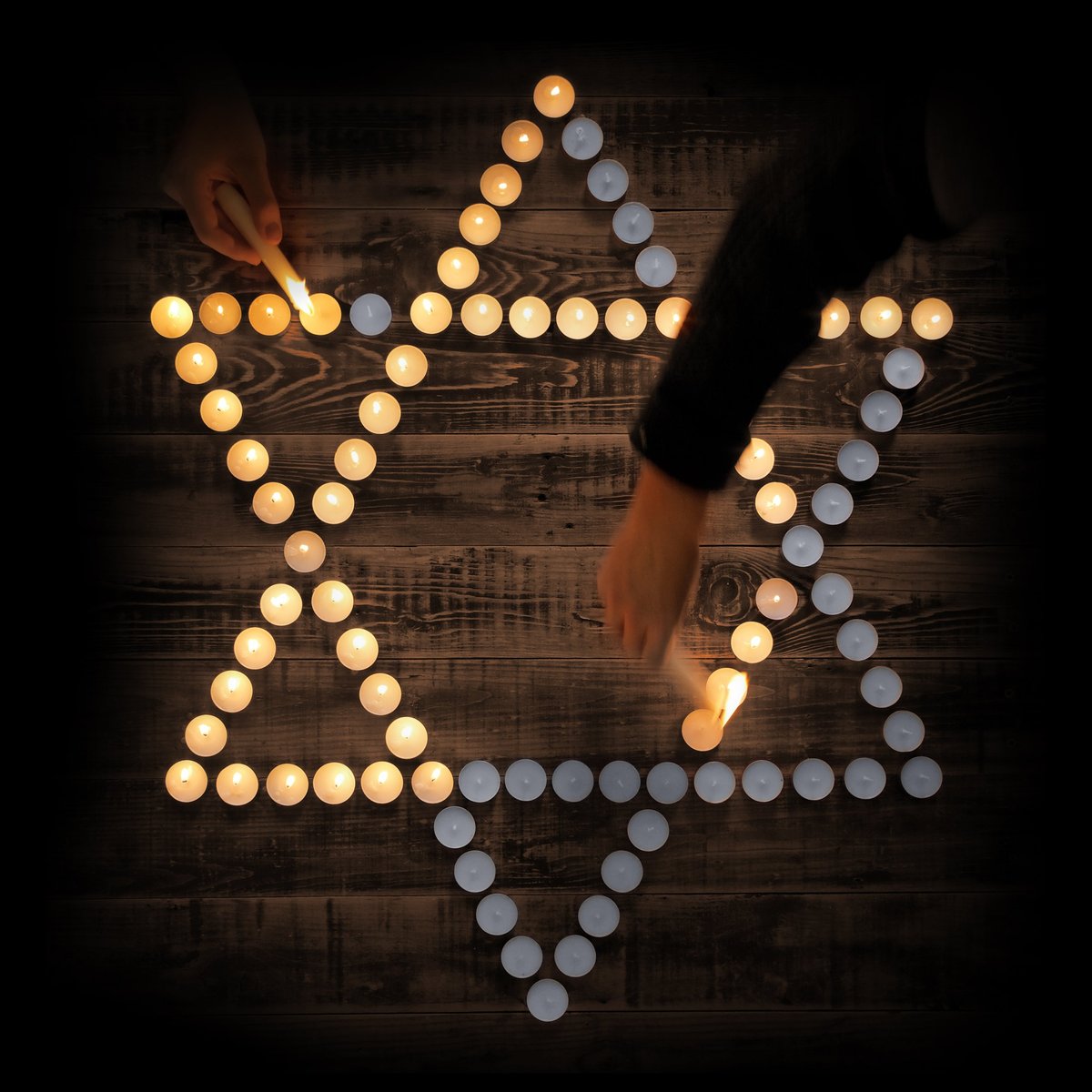 I know it’s a lot. And most people wouldn’t be aware of the explicit reality of antisemitism in Australia and the world today, because, well, much of it goes under-reported in the mainstream media. That is, unless of course, Jews have been killed, or their lives are directly threatened. But this should not be the only context in which the Jewish experience is discussed. We need to talk about antisemitism – and racism – in all of its forms; and we need to do something about it. Now.

History has shown that the Jews are often the “canary in the coal mine”; the early indicators of worsening conditions ahead. Because it seldom ends with us.

So, conversation is key – and not just in the few days that follow a terror attack – I’m talking about meaningful, ongoing conversation beyond a trending hashtag or an act of performative allyship. We need to call out casual antisemitism, the “jokes” that aren’t funny. And there needs to be zero tolerance and tightened legislation against more serious acts of antisemitism and racially based discrimination, across all Australian states. We need a unified commitment to Holocaust education nationwide, and a strong and consistent stance by politicians, lawmakers, the media and educators.

Because no-one – irrespective of their religion, race or ethnicity – should live in fear to… exist.

Reply
Upvote
1 upvotes
As parents,  it is our responsibility to ensure that we teach our children that racism and bigotry have no place in society.  Our schools can only do so much and can only build on the base that we establish at home.
L
laros 5 months ago