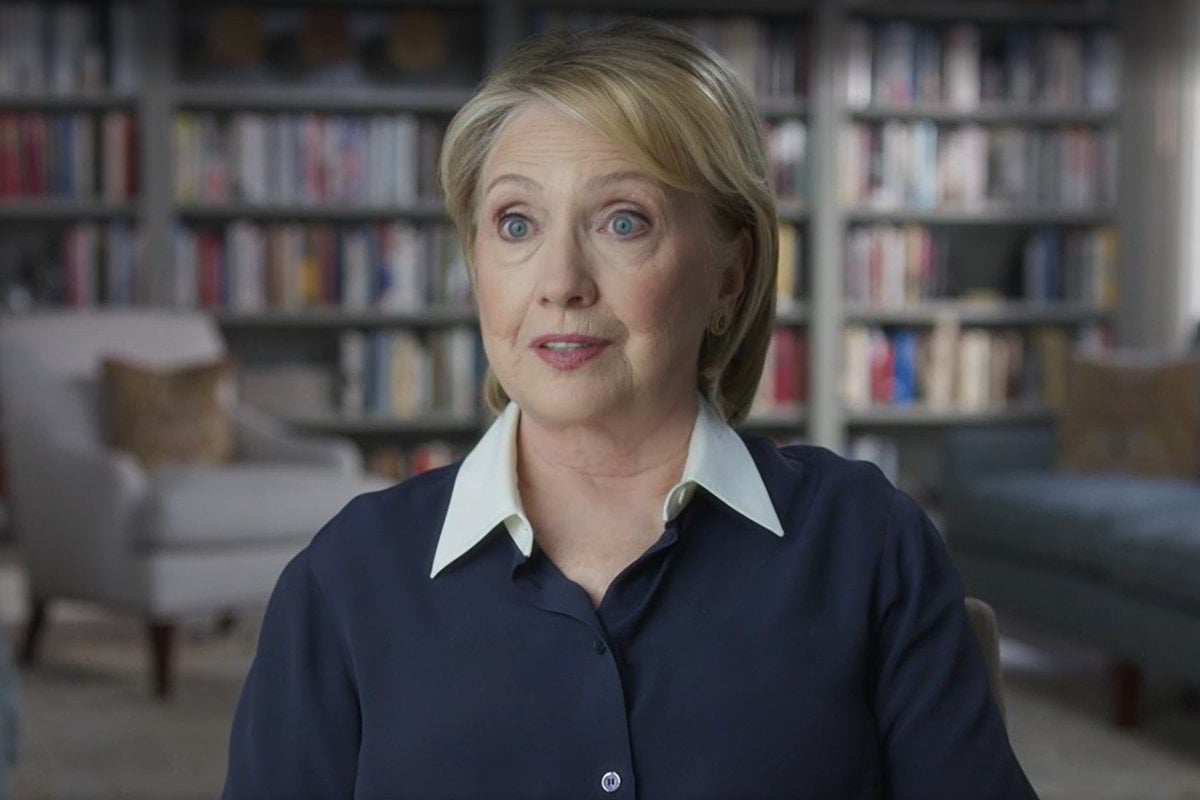 Nanette Burstein, a famed director, sat down with Hillary Clinton for a total of 35 hours. In a world first for the politician, no question was off limits.

Using behind-the-scenes footage captured by Clinton’s staff on her 2016 campaign trail, Burstein was tasked with creating a documentary. She would delve deep into the 2016 election, yes, but she also wanted to broaden the focus.

The filmmaker had a vision to paint an intimate and all-encompassing portrait of Hillary Rodham Clinton - the woman who has become one of the most prominent yet polarising political figures of America.

The final product is ‘Hillary’, a four-part documentary series that premieres in Australia via SBS on Wednesday, September 16.

Watch the trailer for 'Hillary' here. Post continues below.

Burstein interviewed the 72-year-old in the Clintons’ guest cottage, next to their home, in New York City. The director says “every inch of their home was filled with books,” before adding, “and a lot of secret service”.

Throughout the weeks of interviewing Hillary Clinton, Burstein says bringing up her husband’s affair was the most difficult.

"From the very beginning, I told her that I was going to have to talk to her about her marriage, both the good and the bad," Burstein shares. "She said she was willing to do that."

“She understood that it was important if we were going to do this deep dive into her life. But still, when it came time to do it, she kept on pushing it to another day. It was not appealing to her to do it. But she did.”

When Bill Clinton was the President of the United States, the then-49-year-old was accused of entering into an affair with Monica Lewinsky, a then-22-year-old intern at the White House. 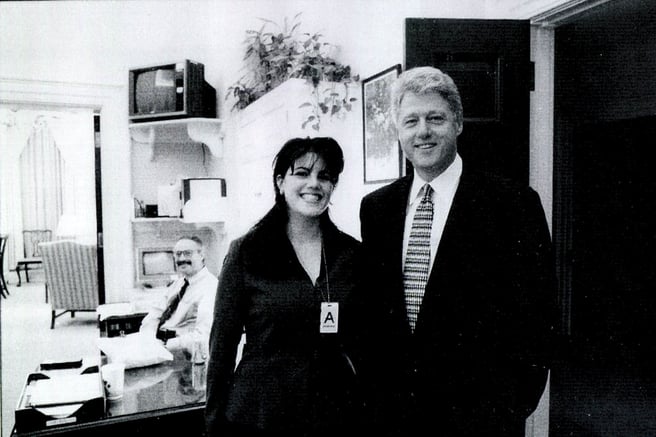 In January 1998, President Bill Clinton stood next to his wife as he delivered a clear message to America: “I did not have sexual relations with that woman, Miss Lewinsky.”

By August 1998, President Clinton confessed to his lie: “Indeed, I did have a relationship with Miss Lewinsky that was not appropriate.” It was confirmed that he and Lewinsky began a sexual relationship in November 1995, which continued until March 1997.

For years, Hillary Clinton managed to bypass questions about her husband’s infidelity and her subsequent decision to stay in her marriage - a choice she was vehemently criticised for by women around the world who felt let down by the feminist icon.

Burstein says Clinton “ultimately was very honest and emotional when she decided to talk about it”.

“At the very beginning she was reserved, but then as she continued to discuss it she became more open, more emotional and more candid.” 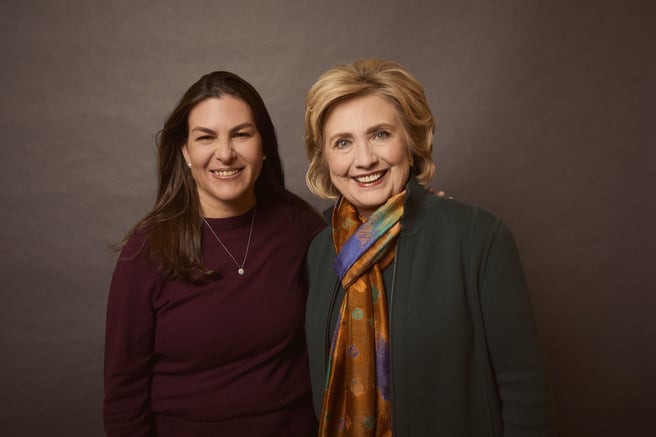 In the documentary, Clinton reflects on the affair with what seems to be an almost renewed sense of distress and disbelief.

“I was just devastated,” the former First Lady remembers. “I could not believe it. I was so personally hurt.”

Clinton says that after her husband admitted to his lies, she “didn’t want anything to do with him”.

﻿Following the impeachment process, during which the president was acquitted, Hillary and Bill Clinton saw a marriage counsellor where they had "painful, painful discussions," she recalls. 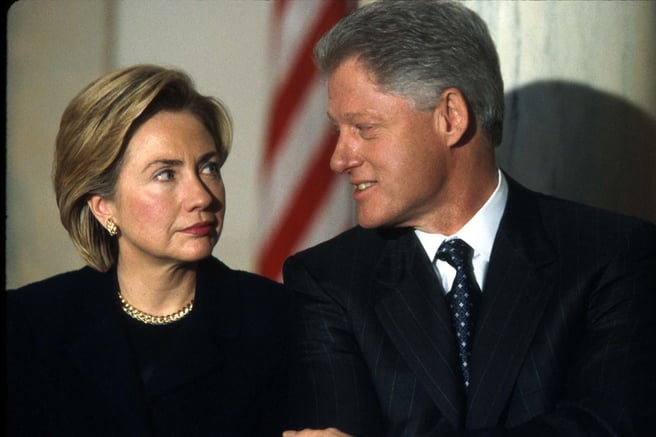 Burstein then interviewed Bill Clinton himself about his infidelity.

“I was not looking forward to asking a former president about his most regrettable action in life. But it was important that we did it.”

“He was shaking; I mean his whole physicality changed,” she recalls of the moment she asked about Monica Lewinsky.

“What I did was wrong,” the now 74-year-old says in the documentary. “You know, we all bring our baggage to life and sometimes we do things we shouldn’t do. It was awful what I did.”

Of his wife's decision to stay in their marriage, the former president explained: "I was so grateful that she thought we still had enough to stick it out. God knows the burden she paid for that."

Burstein tells Mamamia she was “surprised at how honest he was”.

“He definitely has the gift of the gab, which doesn't necessarily mean he wants to talk about this. But once he made the decision to do it, he just became very honest.” 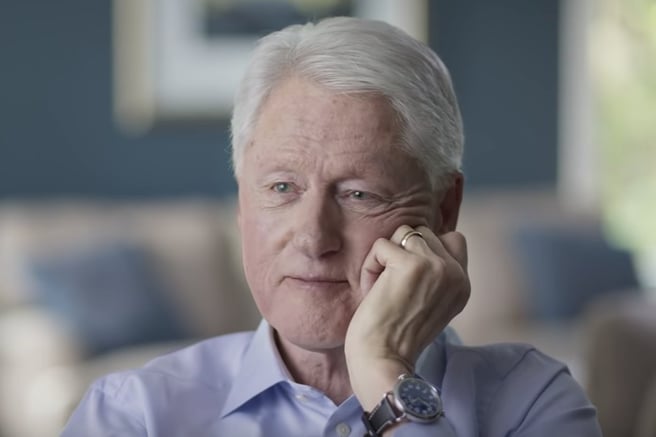 Bill Clinton talks about his infidelity during the "Hillary" documentary. Image: Hulu.

For Burstein, it was this honesty and rawness from the Clintons that allowed the series to showcase unparalleled insight into their already-well-documented life.

After interviewing the former presidential candidate for hours and days and weeks, and studying her life, Burstein describes Hillary Clinton in a flattering light.

“She's highly intelligent, articulate, thoughtful and vulnerable,” Burstein explains. “She's been hurt a lot in her life because she's been such a polarising national figure in this country. And she also has this unbelievable work ethic that started when she was young.

“But she also has flaws. She's guarded and she can have a self-righteous streak in her. And, at times, due to that self-righteousness, she has not been conscious of things that might look bad.”

Burstein was most surprised by how “personable and straightforward” Hillary Clinton was, compared to the calculated and dishonest lens through which she has often been portrayed in the public eye.

As for the loss of the 2016 election, Burstein gets a sense that the result still weighs heavily on her.

“Not because she's so upset at her own personal loss,” Burstein says, “it's more that she's upset that Donald Trump is president and what he's done to this country. I think she harbours this guilt where she thinks it's her fault”.

“Everyday he does and says crazy things, and so it's impossible for her to escape from it.  When you're the person that lost, you can't help but feel terrible and feel committed to voting him out of office.”

The first episode of 'Hillary' premieres on SBS on Wednesday, September 16, at 8.30pm. It will be available on SBS On Demand after the premiere.

Reply
Upvote
Bill Clinton denies sexually harassing Paula Jones, yet paid her $850,000 to drop a lawsuit claiming that he sexually harassed her.
G
guest2 a year ago

Reply
Upvote
'Affair', is a bit of an understatement.   Bill Clinton's infidelities started way before Monica Lewinsky came along.   Back in the late 1980s, Bill Clinton attended a dinner held by Democrat power brokers, Averil and Pamela  Harriman, with the intention of supporting Clinton's Presidential bid.  As Clinton left the Harrimans that evening, Pamela turned to Bill and asked if he could 'keep his fly zipped up'? I think Hillary had made the decision to stay with Bill many years before the Lewinsky saga.
M
mamamia-user-482898552 a year ago