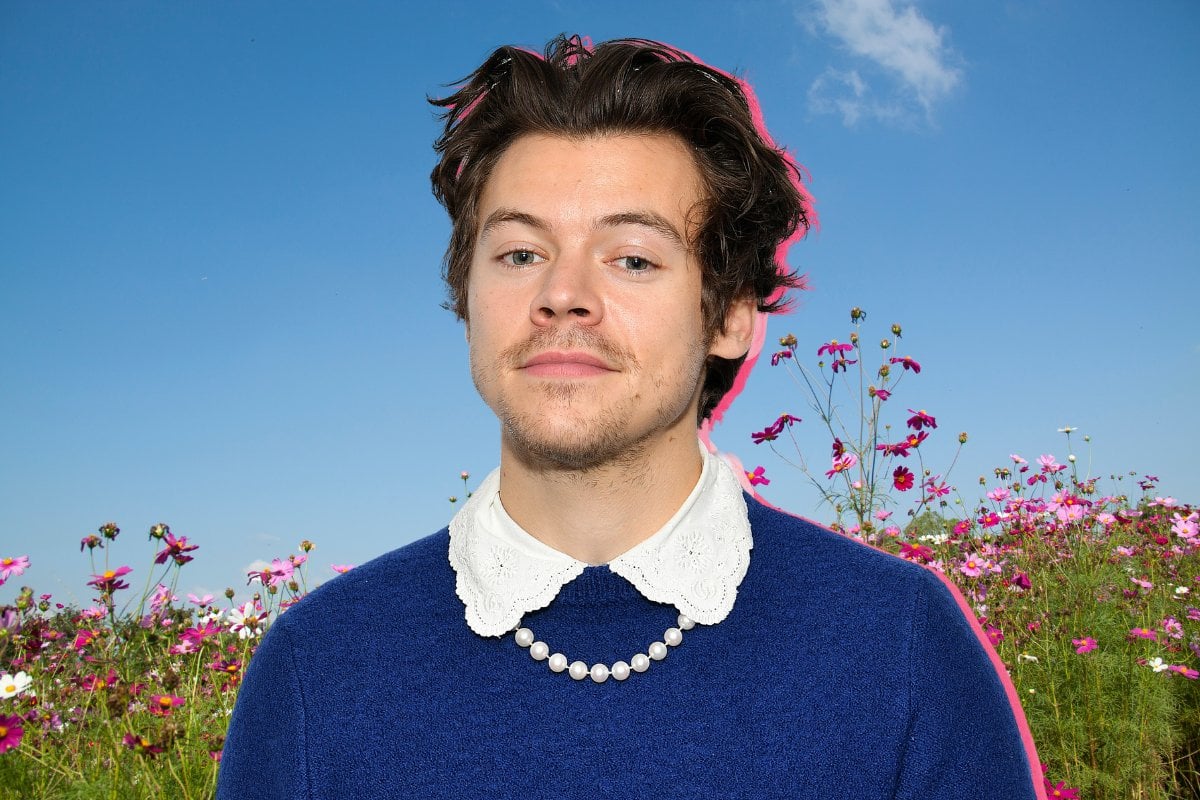 Last week, Harry Styles made history as the first solo male cover star of US Vogue.

To fans, or anyone who remembers his 2019 Met Gala ensemble, this was hardly surprising. Styles has played around with clothing and accessories traditionally worn by women for years now. He regularly paints his nails, carries purses and has spoken multiple times about how he enjoys exploring fashion without inhibition.

In an accompanying interview, Styles told Vogue there was "so much joy to be had in playing with clothes".

"I'll go in shops sometimes, and I just find myself looking at the women's clothes thinking they're amazing. It's like anything – anytime you're putting barriers up in your own life, you're just limiting yourself." 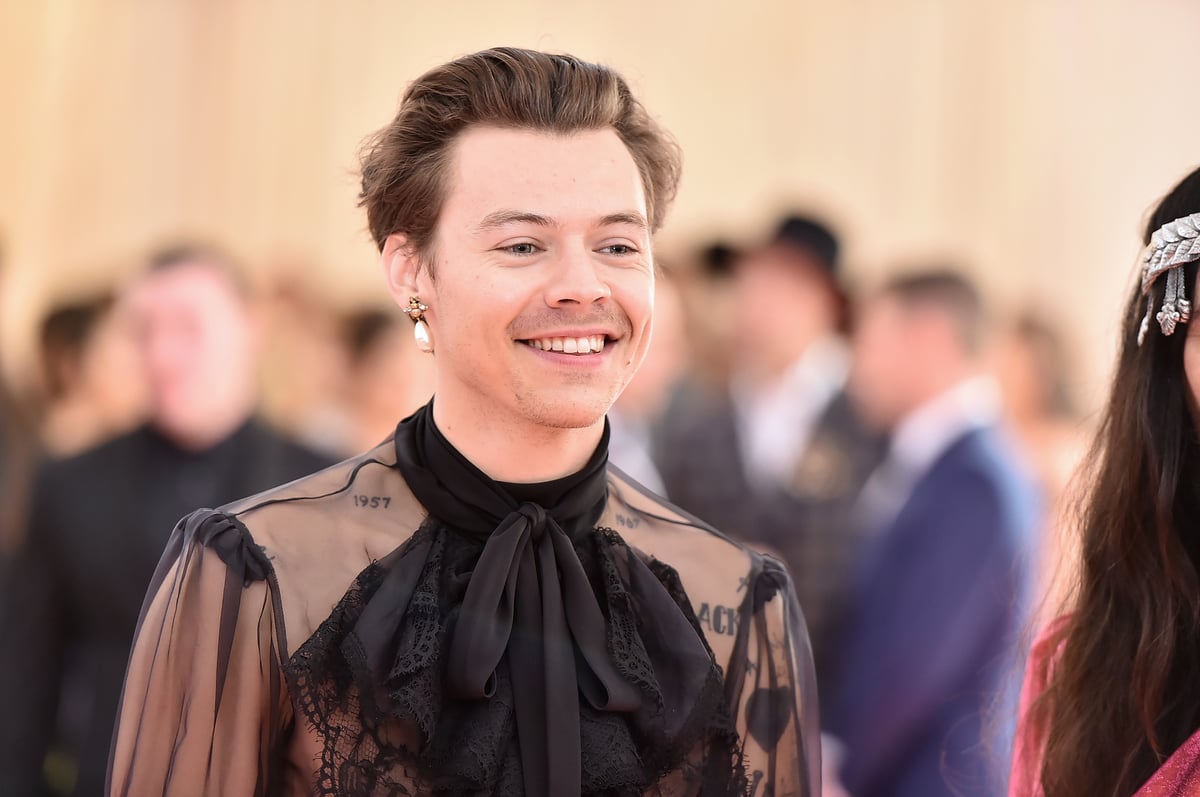 Harry Styles at the 2019 Met Gala. Image: Getty. Within the feature were other images of Styles, in pussy-bow shirts, kilts and skirts.

Mostly, it was met with adoration and praise from Styles' fans, other celebrities and even one of his former bandmates (more on that later).

But before long, a series of American conservative commentators emerged with their views. And that's when it all kicked off.

Okay, who has criticised the cover and why?

"There is no society that can survive without strong men. The East knows this. In the west, the steady feminisation of our men at the same time that Marxism is being taught to our children is not a coincidence. It is an outright attack."

Another conservative media pundit, Ben Shapiro, agreed with her.

"Anyone who pretends that it is not a referendum on masculinity for men to don floofy dresses is treating you as a full-on idiot," he wrote.

This is perfectly obvious. Anyone who pretends that it is not a referendum on masculinity for men to don floofy dresses is treating you as a full-on idiot. https://t.co/cioUNBh4bi

He added that femininity and masculinity have always had "indicators".

"That's why men wearing female garb has been a sign of femininity in virtually all cultures for all time."

And who has refuted Owens and Shapiro's views?

In response, Twitter users shared images of other men in skirts and dresses.

Scottish men in kilts, Samoan men in lavalava, the American founding fathers in their stockings. Then there was Iggy Pop and David Bowie in dresses. The Rock in a tutu. John Cena in a dress. Heck, someone even pointed out the fact Donald Trump spends US$70,000 a year on hairstyling.

Multiple responses pointed out; if their notion of masculinity is threatened by the clothing choices of others, then is it as strong as they're claiming?

Watch: Behind the scenes of Harry Styles' Vogue photoshoot. Post continues below video.

A number of celebrities also responded.

Lord Of The Rings' Elijah Wood told Owens she had "missed the definition of what a man is".

"Masculinity alone does not make a man," he wrote. "In fact, it's got nothing to do with it."

Scrubs actor Zach Braff said "be whatever the f*** you want to be".

Our whole lives boys and men are told we need to be manly. Life is short. Be whatever the fuck you want to be. pic.twitter.com/oY6ji3tpaI

Jameela Jamil said "manly is whatever you want it to be, not what some insecure, toxic, woman-hating, homophobic dickheads decided it was hundreds of years ago".

Olivia Wilde, who is currently directing Styles in an upcoming thriller Don't Worry Darling, responded to Owens more... succinctly: "You're pathetic," she wrote.

In an Instagram live, Styles' former bandmate Liam Payne said the cover was an "amazing milestone".

"I think it's phenomenal, what a freaking milestone - sorry, I almost swore there, I got quite passionate about it - and you know, he's done it in his own wonderful way and I think he looks fantastic."

Historical, but not radical.

Of course, the conversation around this is more nuanced than 'man in dress good' or 'man in dress bad', with members of the LGBTQI+ community sharing their views but ultimately being overshadowed by the above arguments.

The Vogue cover, like many things, should be critiqued. But not for the reason Shapiro, Owens and the far-right think.

Styles' Vogue cover is historical. Nine men have featured on the cover of the magazine previously, including Kanye West and his former 1D bandmate Zayn Malik, but they have always been part of a couple. Styles is the first to appear on his own.

The dress - and the conversation surrounding it - is indicative of many discussions about gender identity and conformity these days.

Styles is breaking down barriers and being himself. In December 2019, he told Guardian Weekend he didn't 'sprinkle nuggets of sexual ambiguity to try to be more interesting'.

But the conversation has washed over the voices of the Queer community, who largely founded gender fluidity, embraced non-conforming fashion and were more often than not shunned for it.

Styles is a white, cis-man. He's also pretty widely loved, or at the very least not-hated. He is palatable.

The risk factor for Vogue running this cover was very low.

What would be the reaction if it had featured a trans woman of colour?

Alok Vaid-Menon, a gender non-conforming performance artist and author of Beyond the Gender Binary explained their mixed feelings with an Instagram post that has received more than 280,000 likes.

"Am I happy to see Harry be celebrated for openly flouting gendered fashion norms? Yes. Do trans femmes of colour receive praise for doing the same thing every day? No," they wrote.

"Do I think this is a sign of progress of society’s evolution away from binary gender? Yes. Do I think that white men should be upheld as the face of gender neutral fashion? No."

They said we can acknowledge Styles' cover for the moment it is, while also acknowledging it could only happen "because of the resistance of trans femmes of colour".

"I want a world where everyone - regardless of their gender - can wear whatever they want. He is exercising that and giving permission for other people to do the same and that makes me so happy!! I can both celebrate that and be cautious about the politics of representation."

They called for more opportunities for non-binary and Queer folks because breaking down barriers is worth praising - but only if they're being broken for everyone.

Reply
Upvote
1 upvotes
Why am I not surprised its Ben Shapiro? Also, whats wrong with wearing a dress? Both men and women wear dresses all the time, and have done so since forever. You may need to work on your own resilience if a man in a dress sends you into conniptions, that's just weak.
Dresses suit Harry. He's giving me Bowie vibes. He also looks strong and confident.
rush 3 months ago

Reply
Upvote
@laura__palmer Ben needs to go and have a look at some of the gear men used to wear in the past. High heels, powdered wigs, stockings, the works. I think Harry looks great, I thought Billy Porter looked amazing in that Christian Siriano ballgown at the Oscars, it's great to see guys having fun with clothing and expressing themselves. Poor little Ben's life must be so drab and unexciting.
laura__palmer 3 months ago