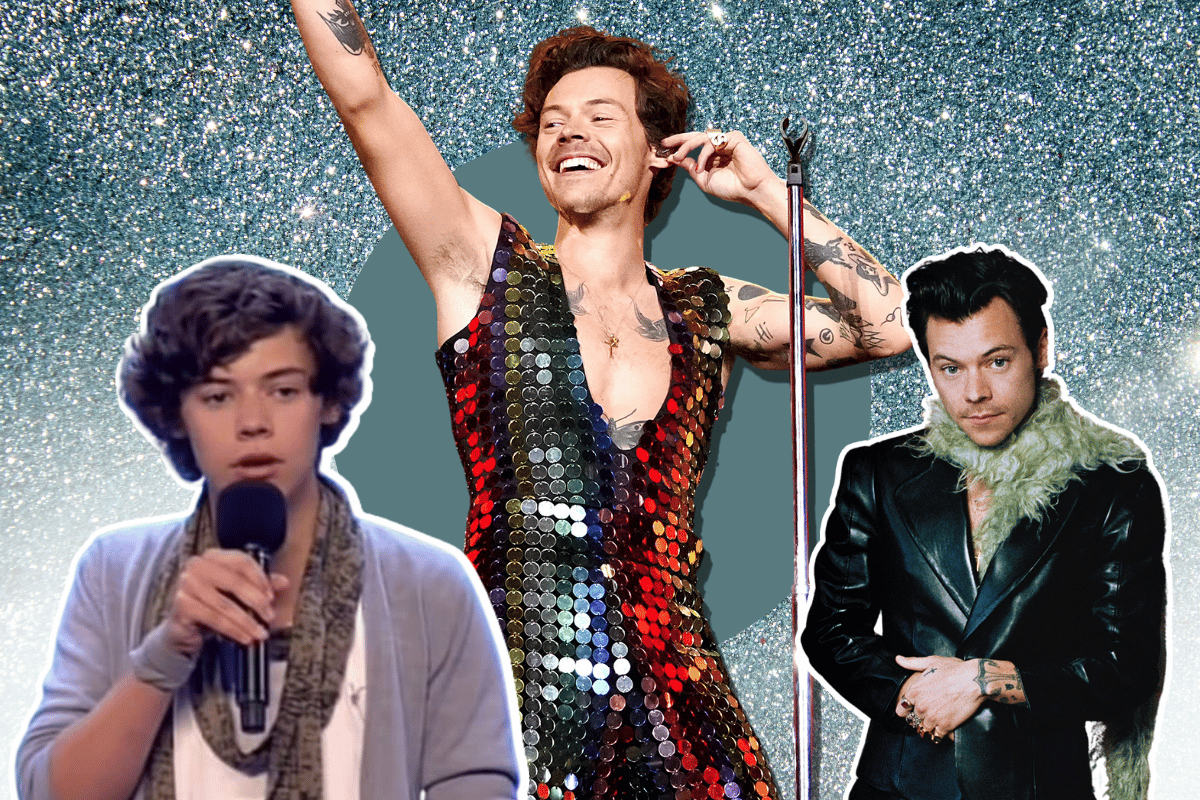 Before Harry Styles became one of the most famous artists of our generation, he was part of one of the biggest boy bands of all time.

And before that, he was a wide-eyed 16-year-old, told by experts on the UK talent search show X Factor that he didn't have the "confidence" or the "experience" to make it as a solo artist.

Just a few short years later he would prove every naysayer wrong.

Watch Harry Styles perform As It Was, live from Coachella. Post continues after video.

"I went to the audition to find out if I could sing," he explained to Vogue of his viral audition in 2020, "or if my mum was just being nice to me."

Here's everything we know about Styles' life and career.

Growing up in the quiet village of Holmes Chapel, England, he spent most of his formative years surrounded by his mother and sister.

One Direction wasn't the first band Styles was part of. As a young teen, he was the lead singer of group called White Eskimo.

One of his first jobs was in a bakery.

"He was the most polite member of staff we've ever had," explained his boss Simon Wakefield. "Customers really took a shine to him."

"The shop suddenly had an influx of girls when Harry worked here. Sometimes there would be 12 of them pouring in at one time. Even now, a group of 20 girls will sometimes come in and start taking photos of the shop." 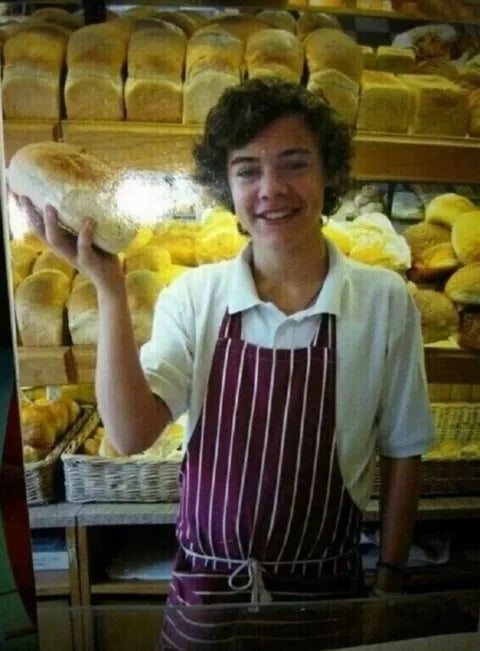 While he reportedly didn't live with his dad Desmond growing up, the pair still maintained a close relationship.

"I’m just very proud to be his dad but I don’t want to exploit that either, I just want to be here if he needs me," Desmond said in a recent interview.

It was Styles' mother, Anne, who pushed him in the direction of stardom, putting in the application for his X Factor audition.

The future popstar performed an acappella version of Stevie Wonder's 'Isn't She Lovely' and was unceremoniously cut down by music manager Louis Walsh.

"I think you’re so young, I don’t think you have enough experience or confidence yet," Walsh said at the time.

But while Walsh wasn't keen, the other two judges, Nicole Scherzinger and Simon Cowell, put Styles through to the next round.

And it was failing in that second part of the audition that eventually saw Styles being teamed with Louis Tomlinson, Zayn Malik, Niall Horan and Liam Payne to form One Direction.

In a later interview with Rolling Stone, Cowell explained Styles had initially been disqualified - along with the rest of the 1D members - as he had "screwed" up part of his audition.

"He did a great first audition, and then we have a second stage of the competition where we have to narrow the numbers down to 32 from, say, 200, and for whatever reason, all five of them screwed up a section of that particular part of the competition," he recalled.

"With him, I think we put it down to his age, etc., and that’s why he didn’t go though, but, at the same time, as we said no to them, there was a part of me going, 'we can’t lose them, we gotta do something with them.'"

Harry Styles' time in the biggest boy band in the world.

After placing second in X Factor, One Direction were signed to Cowell's former label, Syco Records.

"It was a bummer because I actually thought they were gonna win, because every time that they appeared on the show the energy level was incredible - you could feel them getting more popular," he said. "But it didn’t make any difference because I was gonna sign them, anyway." 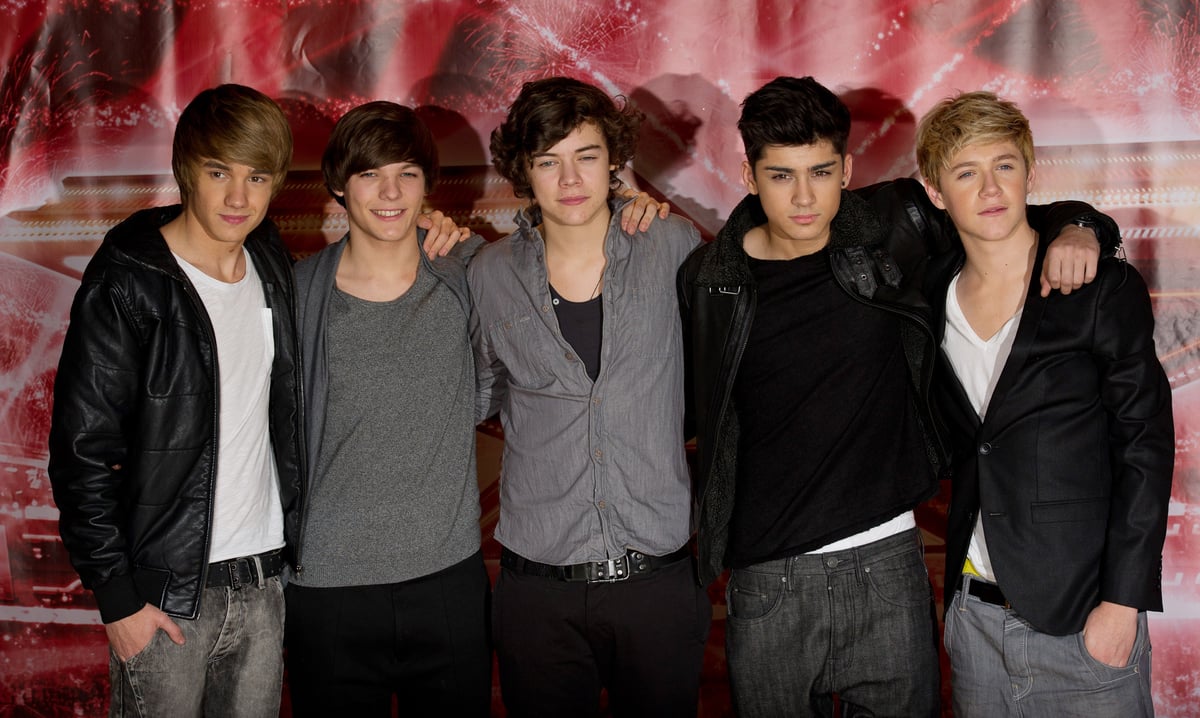 While the boys toured around the globe, with millions upon millions of fan, not all was well for the members.

In 2015, the group announced Malik would be leaving with the following statement: "After five incredible years Zayn Malik has decided to leave One Direction. Niall, Harry, Liam and Louis will continue as a four-piece and look forward to the forthcoming concerts of their world tour and recording their fifth album, due to be released later this year.

"Zayn says: My life with One Direction has been more than I could ever have imagined. But, after five years, I feel like it is now the right time for me to leave the band. I'd like to apologise to the fans if I've let anyone down, but I have to do what feels right in my heart. I am leaving because I want to be a normal 22-year-old who is able to relax and have some private time out of the spotlight. I know I have four friends for life in Louis, Liam, Harry and Niall. I know they will continue to be the best band in the world." 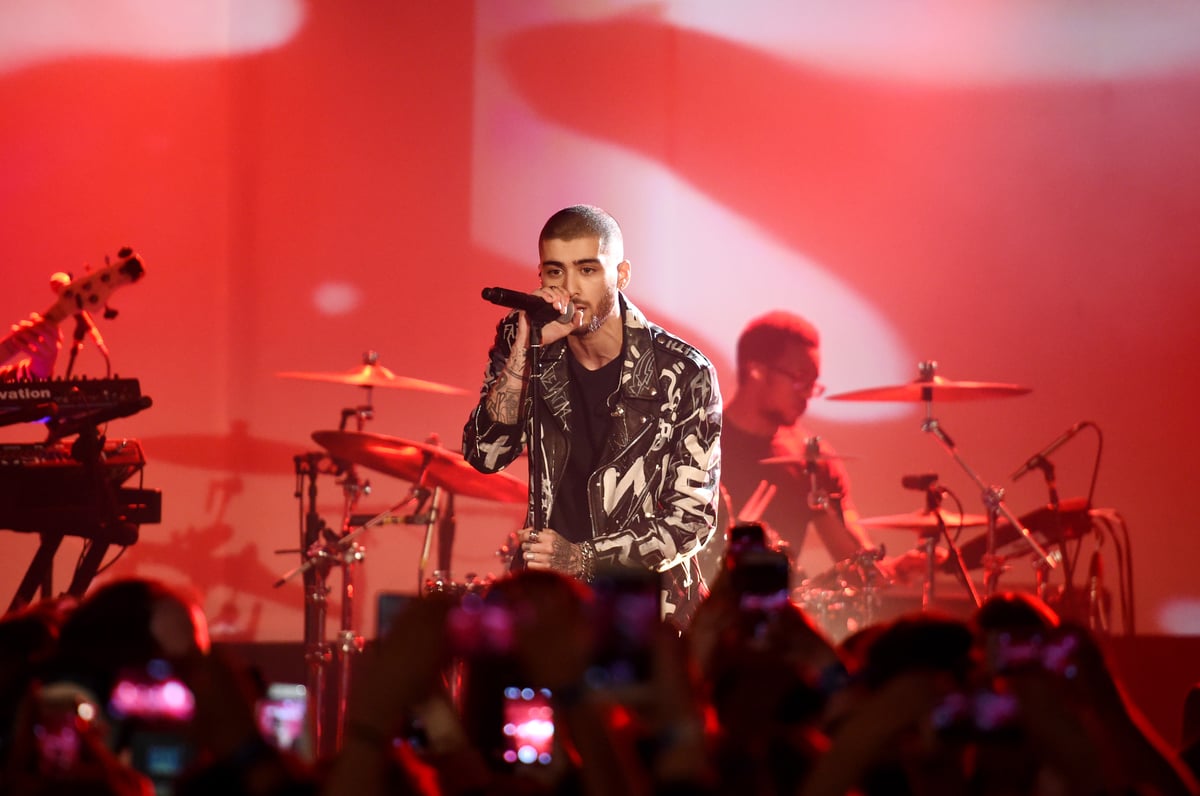 In a later interview, Malik labelled the music 1D made as "generic as f**k."

"Whenever I would suggest something, it was like it didn't fit us. There was just a general conception that the management already had of what they want for the band and I just wasn't convinced with what we were selling," he told Fadar.

In another interview, Malik told Beats 1 he never wanted to be part of the band, as he applied to X Factor as a solo artist.

"I think I always wanted to go, from like the first year, really," he expressed. "I never really wanted to be there, like in the band."

"I realised the direction we were going in — mind the pun — with the music, I instantly realized it wasn't for me because I realised I couldn't put any input in," he added.

In response, Styles told Rolling Stone he felt Malik's admissions were "a shame".

"I think it's a shame he felt that way ... but I never wish anything but luck to anyone doing what they love. If you're not enjoying something and need to do something else, you absolutely should do that. I'm glad he's doing what he likes, and good luck to him." 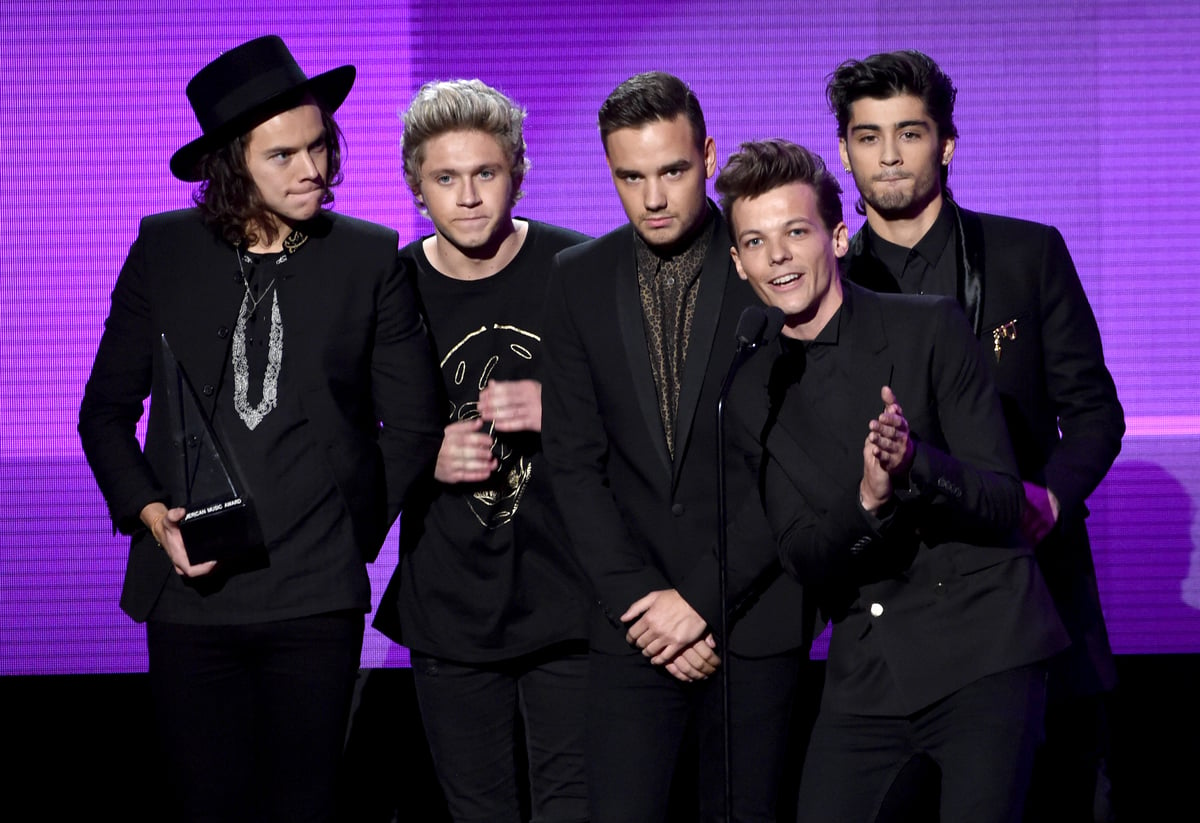 One Direction at the 2014 American Music Awards. Image: Getty.

The band went on indefinite hiatus in January 2016, after five years together.

Following the hiatus, each member of 1D has gone on to have a successful solo career - but it's Styles who achieved fame on a global level.

In 2017, Styles' first solo single, 'Sign of the Times' topped the charts and was followed by a bestselling self-titled album.

On Friday, Styles headlined his second of two weekends at Coachella, where he performed with Lizzo, having shared the stage with Shania Twain the previous week. 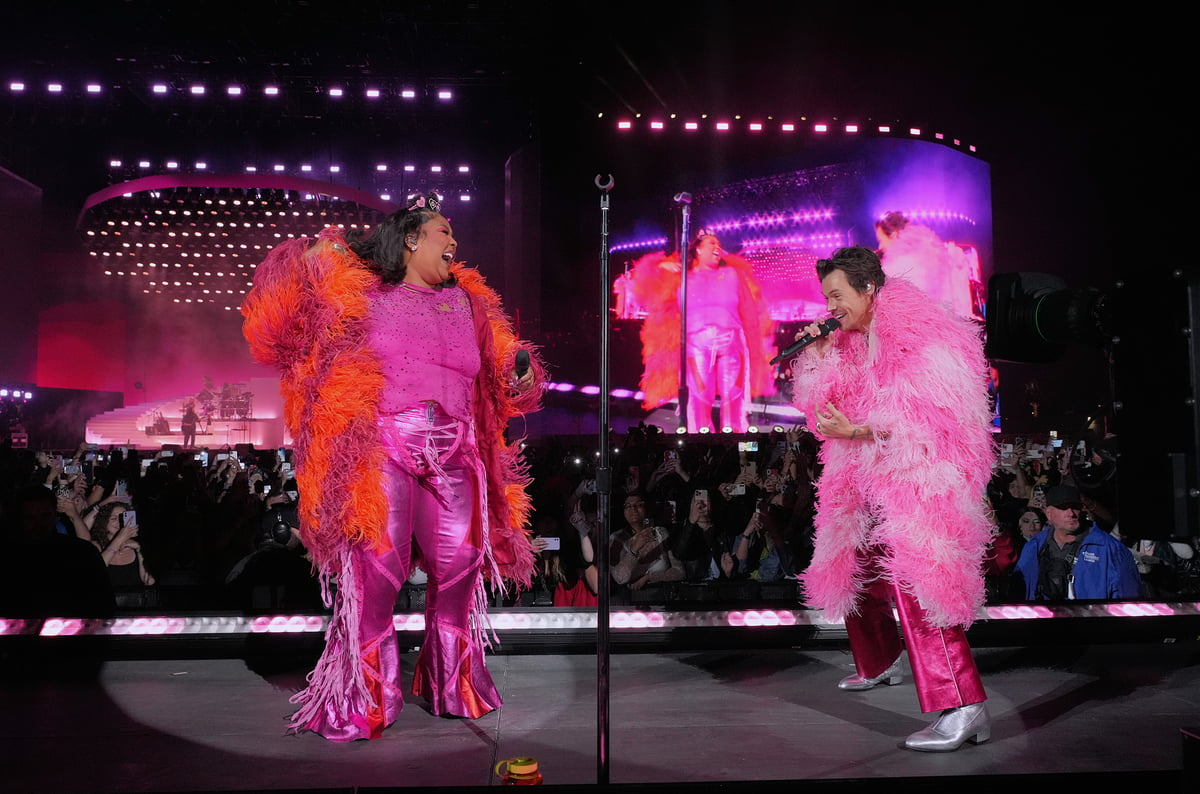 With his current single 'As it Was' breaking records as the most streamed track on Spotify in 24 hours, and a third album, 'Harry's House' on the way next month, Styles' career is on fire.

Just a few short years later he would prove every naysayer wrong.

Not really. He was told, at the age of 16, that he didn't have the experience or confidence to make it as a solo artist. At that time, this was absolutely true. It wasn't until he was older, having racked up  considerably more experience and confidence, that he started a solo career.
S
simple simon a month ago