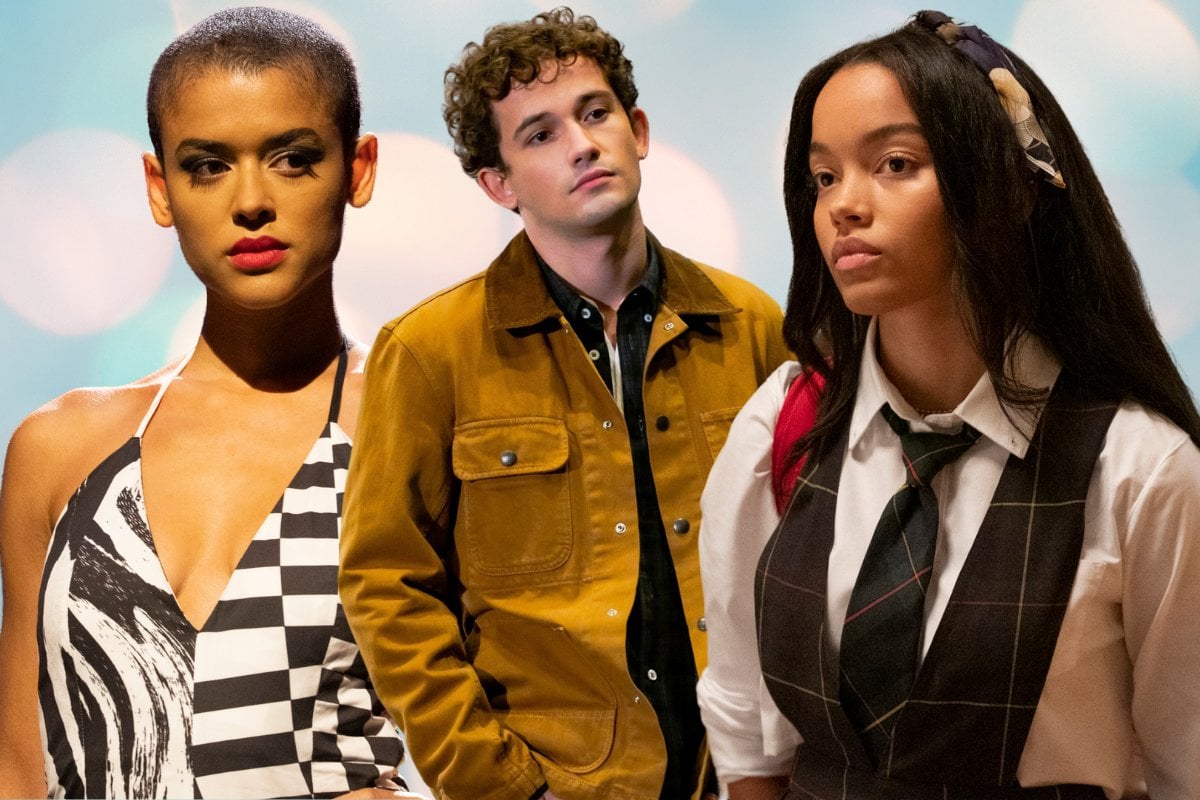 When it comes to rebooting an iconic franchise, there are only two rules that must be followed, even though they are rarely spoken out loud.

The first rule is that there must be more of the story left to tell. Plot threads that were left untied, or a world that still deserves our attention with new characters to inhabit it.

The second is that a reboot needs to appeal to a new audience – those who were not included the first time around that deserve to be brought into this particular slice of pop culture.

And, no matter what the cynics might say, the new reimagined Gossip Girl ticks both those boxes.

Watch the trailer for Gossip Girl below. Post continues after video.

The original series, which ran from 2007 to 2012, was never critically acclaimed, but it was a ratings hit. Making a star out of leading lady Blake Lively in particular.

It's safe to say that with the 2021 series, no one was trying to reinvent the TV wheel. This take on Gossip Girl delivers exactly what it promised: a new story hooked on wealthy but sometimes unlikeable teens in a world more dominated by social media than ever before.

The series picks up nine years after the original blogger’s website went dark, with a new person behind the XOXO, but this time with a more diverse cast of characters than the original ever served up. 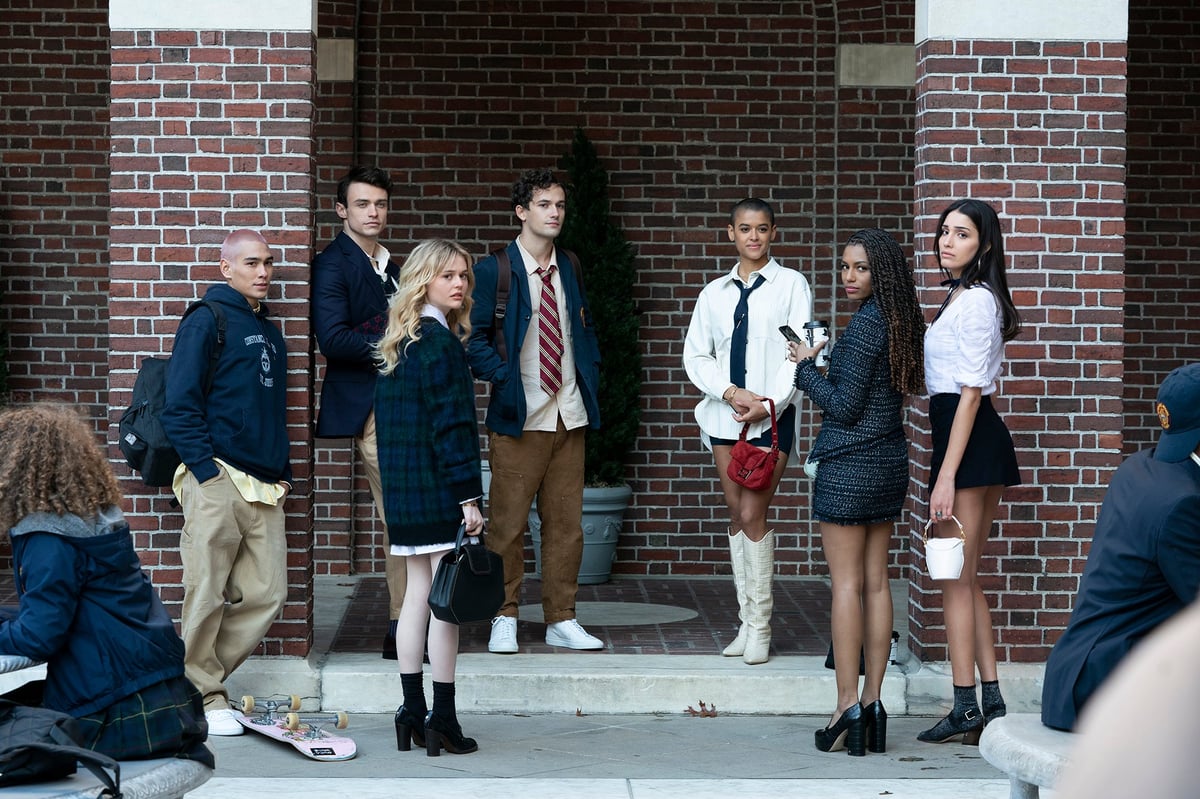 When attempting to draw parallels between the old series and the new, many eyes go directly to Eli Brown's character Otto "Obie" Bergmann IV, who has been likened to Penn Badgley’s Dan Humphrey. All thanks to his semblance of a social conscience.

But for 21-year-old Eli, the true joy of the series coming to life has been watching the people who initially judged the series be proven very wrong.

"It was kind of interesting to see the whole thing unfold," Eli told Mamamia. "A lot of people had ideas and opinions about what the show was before they had even seen it. They were comparing it to the original. Now that it's out I think a lot of people are pleasantly surprised by how fresh and new it is.

"In the show I play Obie Bergmann, a very wealthy teen high schooler who is the son of German developers. Interestingly, he doesn't have social media, but that doesn't mean that it's not a part of his world. He's very aware of the culture."

During the reign of the original Gossip Girl, paparazzi regularly stalked the New York sets and soon that attention spilled over into the star's real lives. They were hounded by paparazzi during their days off and soon their personal lives became the main focus of the headlines.

It's a trend that unfortunately Eli can already see creeping into the lives of the new cast.

"The day after the show dropped, (Gossip Girl star) Thomas Doherty, and I were in Manhattan, biking around the Lower East Side. We biked about three blocks and then we started being really intensely chased by these paparazzi in a car. We had to try to get away from them and the whole time I was thinking, 'Really, the day after the show drops, seriously?'

"So it was pretty crazy. I didn't expect it to pick up that fast." 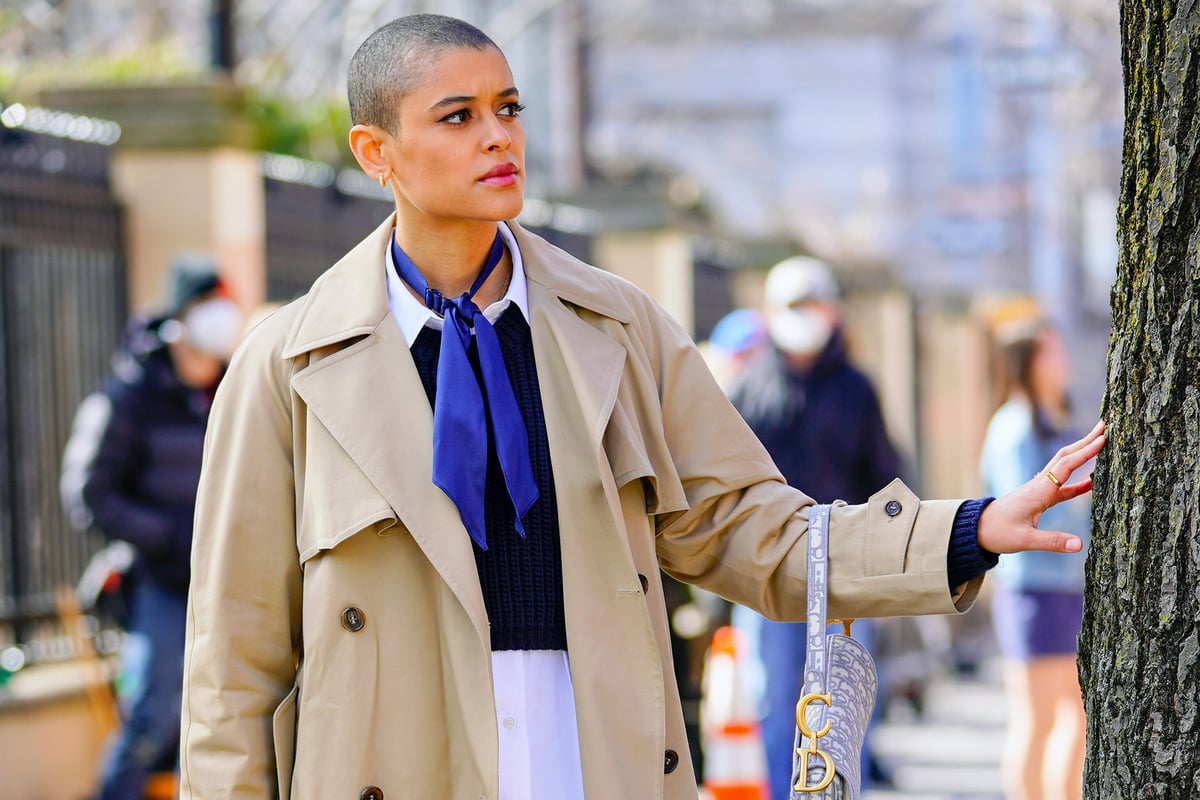 At the centre of Gossip Girl, you could say this generation's It Girl, is Julien Calloway, a powerful influencer who sometimes attends high school, played by Jordan Alexander.

For the 27-year-old actress, who is also an established singer, songwriter and activist, this new version of Gossip Girl is very much about diversifying a pop culture staple, a series where nobody looked like her the first time around.

Leaving room to tell a new story that better reflects the world we live in. One where she is neither a Serena nor a Blair.

"Julien's style is very extra, very curated and when she gets dressed, it's an experience," Jordan told Mamamia. "It's very indicative of who her character is, but she's actually very concerned with how the world sees her.

"The diversity on Gossip Girl is a big thing," Jordan continued. "And I find that to be very important.

"In my own personal life, I try to educate myself about people's different experiences. Shows that have this kind of diversity do a service to society because now people don't necessarily have to go seeking that information.

"They can go, 'I saw so and so on Gossip Girl.' And so maybe it's not that bad or whatever. It’s always good to keep opening those doors and moving forward with progress.

"I remember talking to my grandparents and being like 'Guys, I think this show is going to change my life' and they said, 'Yes it is'. I was vaguely aware of the scope of this show, you see the attention other people on these types of shows get. But on set its kind of like this insular world where you don't ever imagine experiencing that kind of attention, at least I didn't." 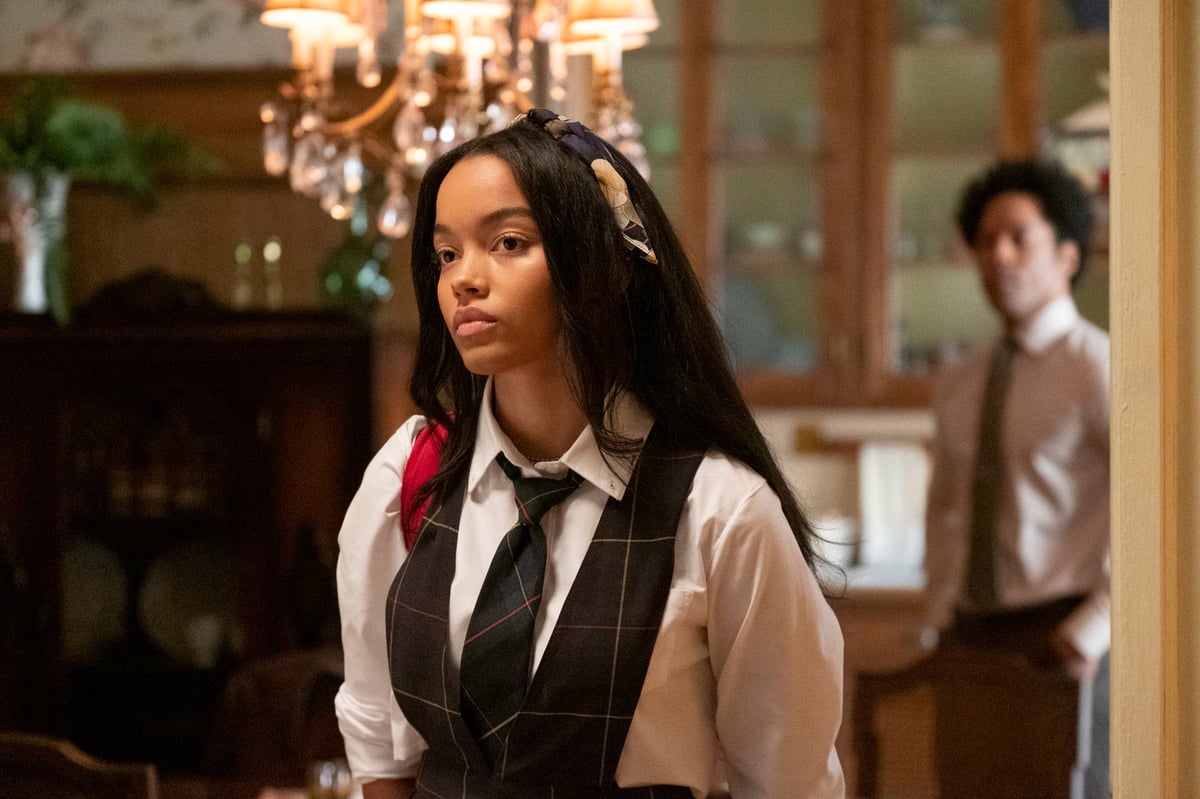 When it comes to the show's obligatory 'fish out of water' character, that mantel is taken up by Whitney Peak's Zoya Lott – a freshman who has made her way into the prestigious school on an 'arts scholarship' where she has quite the complicated relationship with her half-sister Julien.

"Zoya is new to the city, and she grew up just outside New York City in Buffalo," Whitney told Mamamia. "She's very politically minded and kind of wise beyond her years. She's not really interested in the vanity and glamour of Julien's life. She just wants to be with her sister, but things get very complicated."

While Zoya is meant to be the show's realistic pair of eyes that the audience can see the world of Gossip Girl through, Whitney is quick to remind us that nothing is quite as it seems.

"For example, her clothes look pretty simple. But it’s incredible because the team finds ways of making really expensive clothing look very natural," she said. "They make it look like Zoya's not trying too hard.

"So Zoya will be wearing a flannel and a pair of baggy jeans... but in real life the jeans are more than $400 I'm like... 'Okay, cool'. You just don't really think about that until you look at the tag and think, 'This isn't from the thrift store.'"

Jordan finishes up by adding, 'Obviously when you are taking something that is very precious to a lot of people, they they have warranted worries. But I hope everyone is enjoying watching the show and being nice to the new kids on the block."