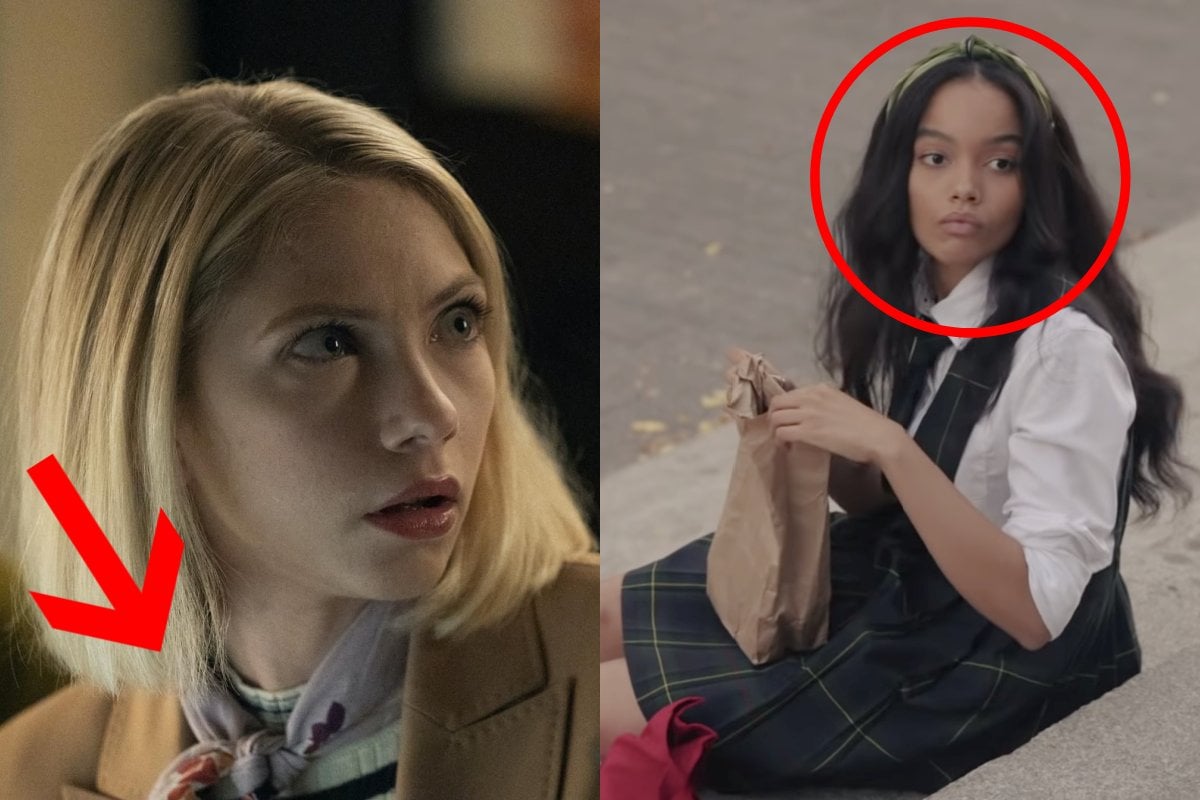 There's a new Gossip Girl in town, and she looks very different to the cultural phenomenon that was Blair, Serena et al. circa 2007-2012.

But while the Gossip Girl reboot is more of a distant, woke cousin than a direct continuation of the original series, there are plenty of details that pay tribute to the OG.

Watch: The trailer for the new Gossip Girl. Post continues below video.

Yep, Easter eggs. Plenty of them.

Throughout the first episode, there were a number of nods to the older series, including obvious ones like the new cast hanging out on the steps of the Met and casual name drops, to more obscure fashion choices and cameos.

We've gone deep, so here are all the Easter eggs we've found in the new series' pilot episode.

The opening scene of the reboot sees Kate (Tavi Gevinson) on a subway to Manhattan for her new job at Constance Billard, and it's nearly a shot-by-shot recreation of the original pilot, where Serena arrives at Grand Central Terminal after being away at boarding school.

Speaking of that Grand Central scene...

In the original, Serena's outfit - a tan coat, striped top and scarf - was iconic, and Kate recreated it. 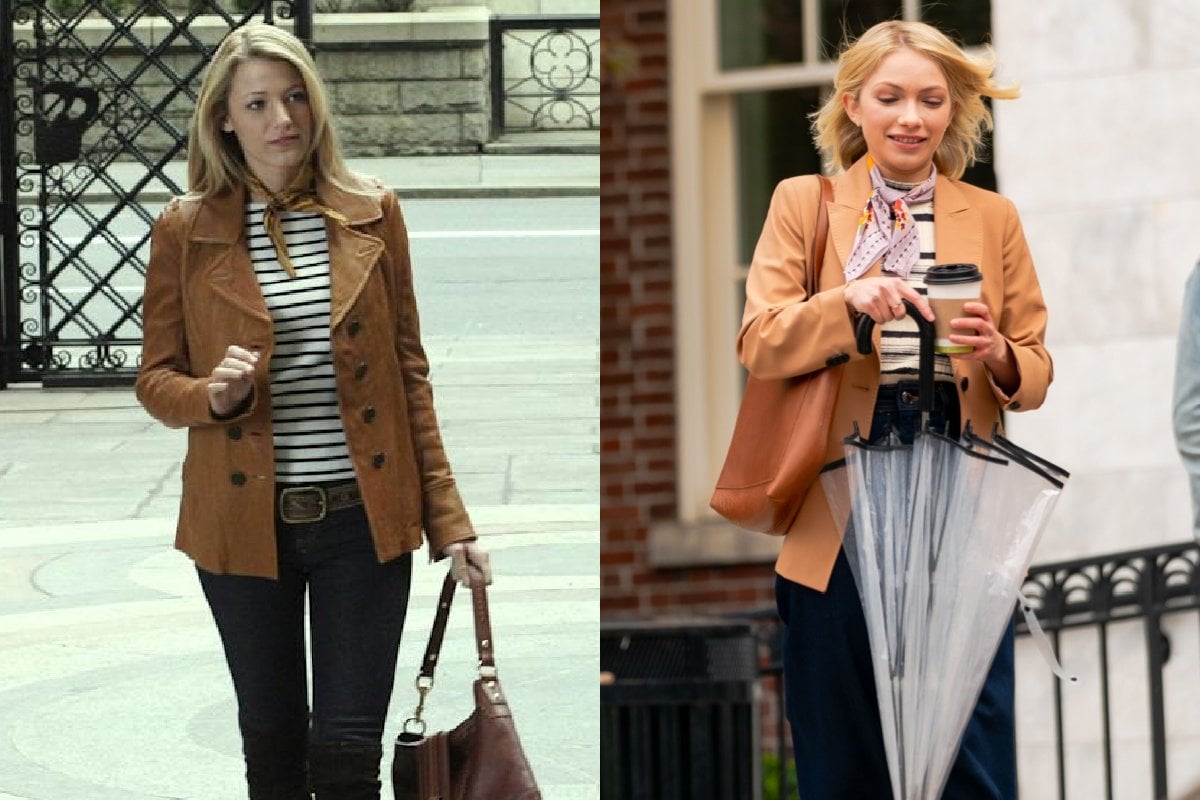 When Kate is talking about Constance Billard's uh, checkered, alumni, she mentions Nate Archibald (played by Chace Crawford in the original) as one of the ones who turned out well. Good for him!

Yep, we also learned that ol' Dan Humphrey a.k.a Gossip Girl a.k.a the worst part of the finale is working as a novelist, which we know he'd be very pleased about.

On her first day of school, Zoya wears a headband until Julien takes it off her head and turns it into a scarf. 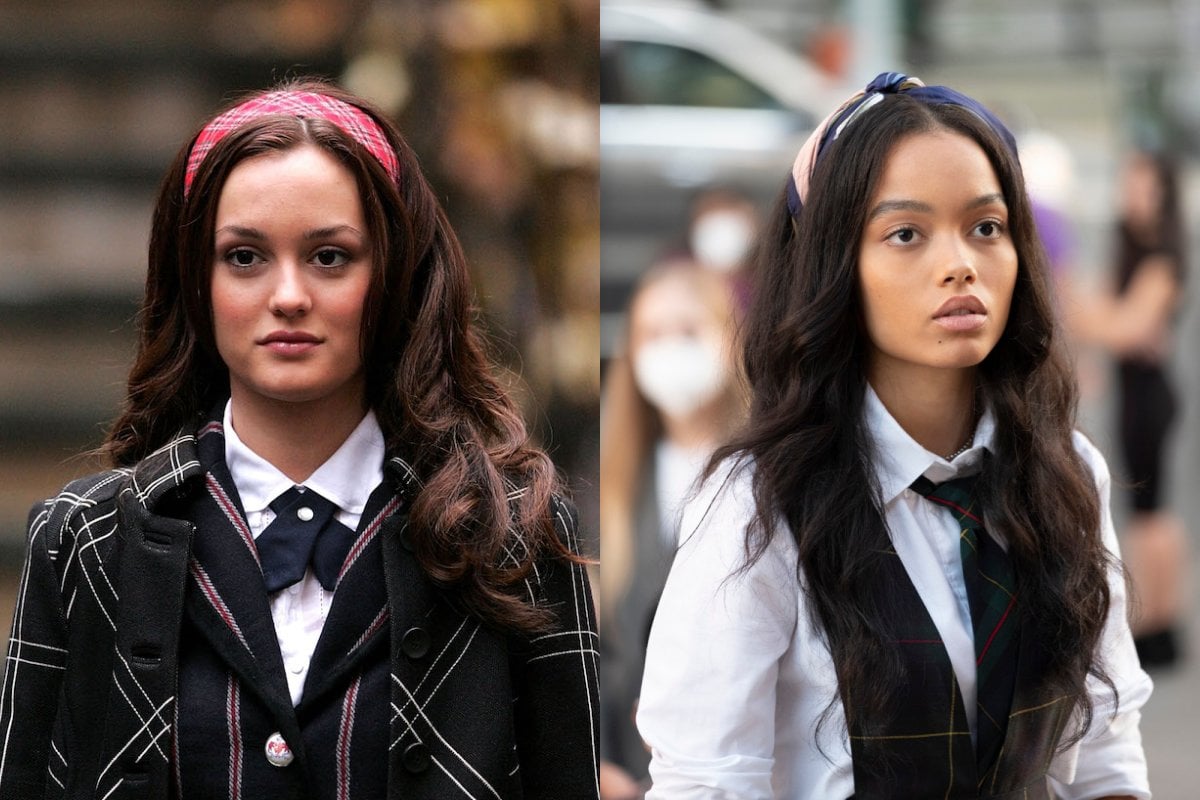 Headbands were the crown upon original queen bee Blair Waldorf's head, so this is as much a nod to her as it is a signifier of the difference between the old and the new guard.

Literally... everything about Zoya.

Zoya's character is like an amalgamation of so many old characters:

3. The desire to go to Yale, just like Blair always dreamed, and

4. The scholarship student plotline, where she feels left out among her more-wealthy friends, is very Humphrey-esque, isn't it?

In the reboot, Julien invites Zoya out for a night on the town and orders them martinis, which was the same drink Blair and Serena made amends over in the original pilot.

In the pilot, teacher Rebecca Sherman introduced her Constance Billard colleagues to the original Gossip Girl blog and if that name sounds familiar to you, I'm impressed.

Turns out, Rebecca Sherman was a classmate of the original cast and was briefly considered by the group as the person behind Gossip Girl.

After graduating high school, the group were trying to figure out who it could be. 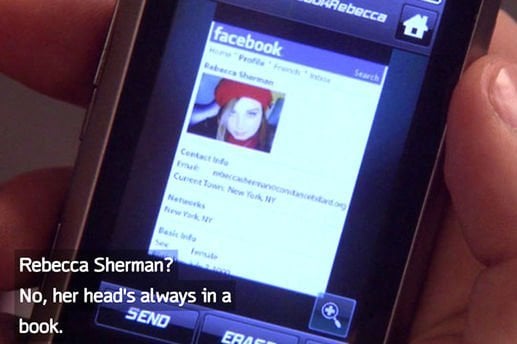 "No, her head's always in a book. She doesn't have time to be posting all the time," she said.

In the original series, many a joke was made about Dan and Jenny living in Brooklyn... which even at the time was questionable.

But now, Brooklyn has a new kind of prestige seen in the fact that Obie, the richest of the new core group, lives in Dumbo, one of the borough's trendiest neighbourhoods.

Obie lives in Brooklyn and Julien lives in Tribeca, so Gossip Girl's iconic intro has changed slightly now that not everyone lives on the Upper East Side.

The return of the cameos.

The original series had so many famous cameos, and some of them are even wilder now... *cough* Ivanka Trump.

This seems set to continue (and hopefully with some OG stars!), as the pilot featured a quick cameo from The Cut Editor-in-Chief and former Teen Vogue Editor-in-Chief Lindsay Peoples Wagner.

Wagner appears in a blue outfit to say she's "had her eye" on Julien, while Julien was backstage preparing for the Christopher John Rogers show. 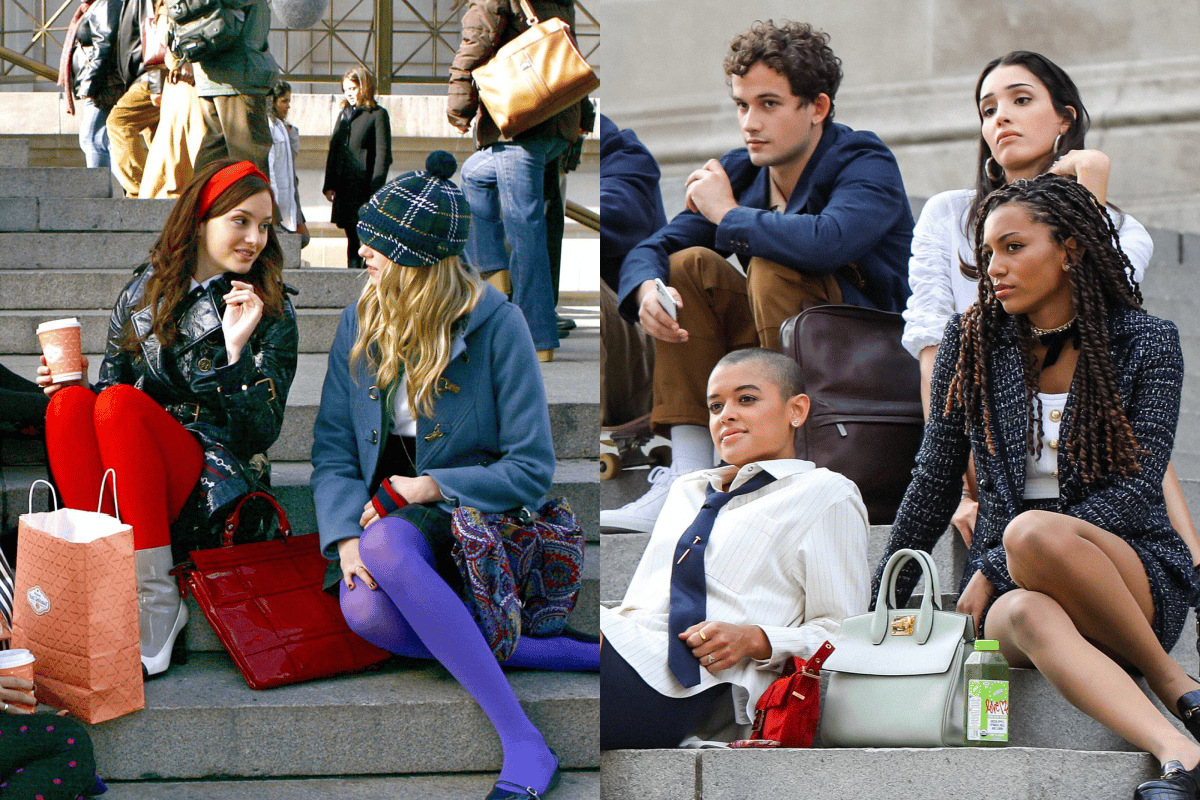 Did you notice any other Gossip Girl Easter eggs? Let us know in a comment.

The first episode of the new Gossip Girl is available to watch on Binge. New episodes drop weekly on Thursdays.