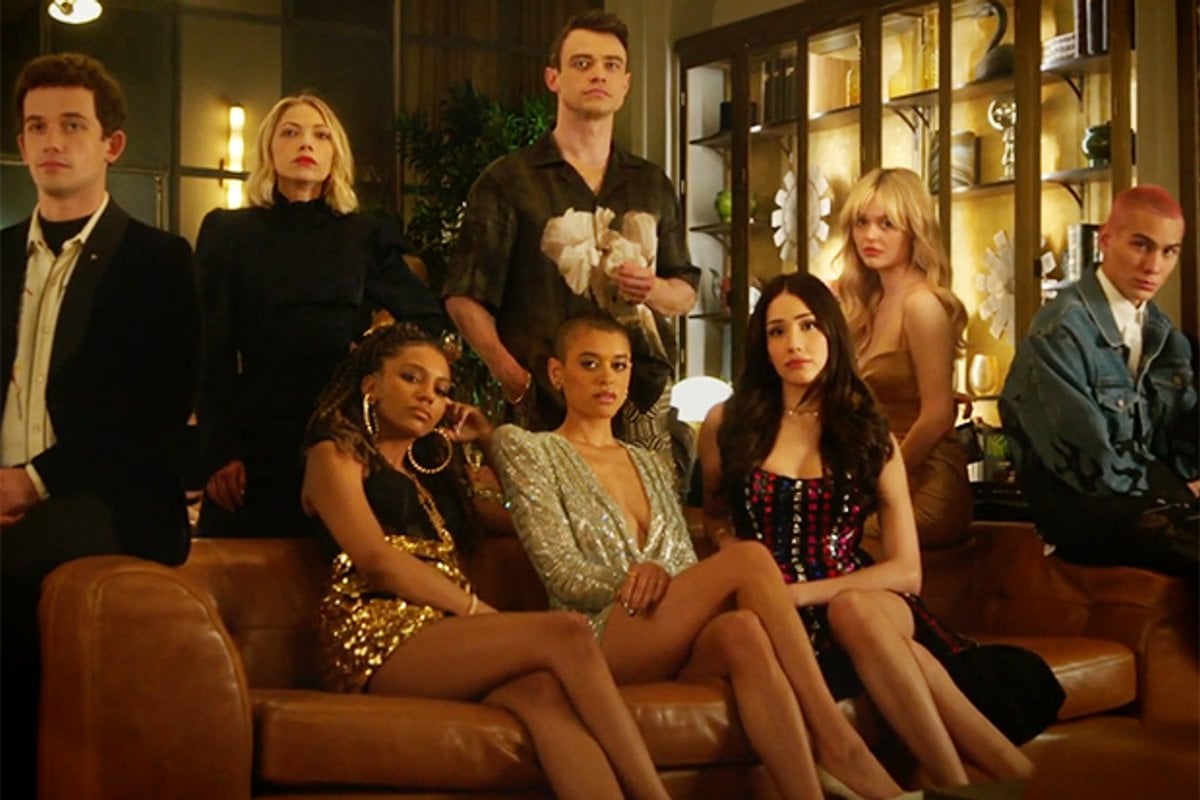 As you may have heard by now, Gossip Girl is back. And no, sadly not with Blair, Serena or Chuck.

Instead, a reboot of the hit '00s show will be launching this year with a new generation of Manhattan’s young elite.

In the age of Instagram and influencers, what better timing?

From the plotline to the brand new cast, here is everything you need to know about the much anticipated Gossip Girl reboot.

Remember that one time Ivanka Trump and Jared Kushner were on Gossip Girl? Post continues after video.

What will the Gossip Girl reboot be about?

"Eight years after the original website went dark, a new generation of New York private school teens are introduced to the social surveillance of Gossip Girl," the log line reads, via Deadline.

"The prestige series will address just how much social media—and the landscape of New York itself—has changed in the intervening years."

This week, the first teaser trailer dropped - and it's giving us major creepy 'murder' vibes with the excess slow-mo and close-ups. No, just us?

Who is in the cast?

If you think back to 2007 when Gossip Girl premiered, the original cast were all in the early stages of their careers. At the time, Blake Lively was not the household name she is today. While the new cast is relatively unknown now, that probably won’t last long.

The first cast member to be announced in a lead role is Emily Alyn Lind.

You may have seen her face before in Doctor Sleep, Revenge (she played young Amanda Clarke) or The Babysitter.

Lind will play Audrey, who according to Deadline, “has been in a long-term relationship and is beginning to wonder what more could be out there.”

Other main cast members include Whitney Peak who you might’ve seen in Chilling Adventures of Sabrina and award-nominated film, Molly’s Game.

Eli Brown, who has starred in Pretty Little Liars: The Perfectionists, playing the role of Dylan Walker, and few episodes of Netflix’s Spinning Out.

Will any familiar faces be returning?

During the teaser trailer, you would've heard one familiar voice: narrator Kristen Bell.

Reported by TV Line and confirmed by Josh Schwarz and Stephanie Savage (the duo behind the original and the reboot), no one could replace Bell as the all-knowing voice.

"Kristen Bell has always been and will always be the voice of Gossip Girl," they said.

Sadly, there has been no news about any of the OG cast returning to the Upper East Side. However, their characters do still exist and will be addressed in the reboot.

When speaking with Entertainment Tonight, Safran said, "It’s not a continuation or a sequel. It truly is just looking at a different angle. They are a part of the world. The characters talk about them and that they do exist."

The difference between the original TV show and the reboot.

There wasn’t much diversity in the original show so when discussing the reboot, Safran stated that cast members and storylines will be inclusive of different ethnicities and sexualities.

"There was not a lot of representation the first time around on the show," he said. "I was the only gay writer I think the entire time I was there.

"Even when I went to private school in New York in the '90s, the school didn’t necessarily reflect what was on Gossip Girl. So, this time around the leads are non-white."

There will also be queer storylines too.

"There’s a lot of queer content on this show. It is very much dealing with the way the world looks now, where wealth and privilege come from, and how you handle that."

When does the Gossip Girl reboot air?

As the Friends reunion aired on Binge in Australia, we hope the Gossip Girl reboot will too, but no details have been confirmed yet. But don't worry, well let you know as soon as we know.

Are you going to be watching the Gossip Girl reboot? If so, let us know in the comments.

It sounds painful. Stick with the original.