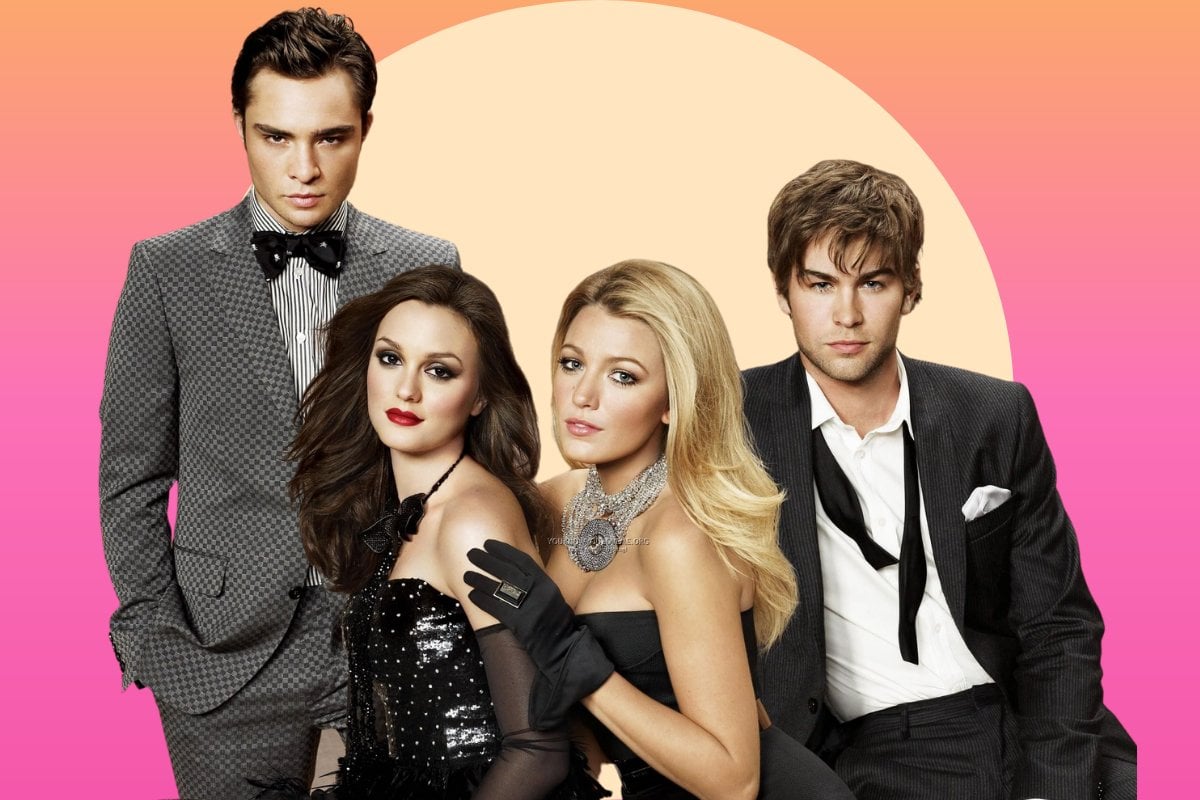 Hey, Upper East Siders. We have some news for you.

The Gossip Girl reboot is finally here. Yep, it's time to go back to Constance Billard School for Girls.

The reboot, which is premiering on Binge tonight, takes place eight years after the original series ended.

Watch the trailer for the Gossip Girl reboot below. Post continues after video.

According to Deadline, here's what the show will cover: "Eight years after the original website went dark, a new generation of New York private school teens are introduced to the social surveillance of Gossip Girl. The prestige series will address just how much social media — and the landscape of New York itself — has changed in the intervening years."

The reboot comes nine years after the original series ended.

The hit 2000s show followed the lives of a group of New York high school students, most notably Serena (played by Blake Lively) and her best friend Blair (played by Leighton Meester). Oh, and there was a mysterious blogger who somehow knew everyone’s secrets and liked to expose them.

As we wait for the reboot to premiere, here are 11 things you didn't know about the original series.

Warning: There are some major spoilers for the original series below.

The show had its own 'Gossip Girl' situation.

According to the show's creators, Gossip Girl had its own situation with a mysterious blogger. Well, sort of.

During production, an online hacker was getting into the team's emails and selling the show's scripts online.

"Our scripts were ending up online, and we couldn't figure out how," one of the show's producers told Vanity Fair.

"We hired a private investigator. We didn't understand what was happening, because everything was getting leaked, every detail," they added.

"A teenager, I think either [from] Russia or Bulgaria, had hacked one of the writer's e-mails, and was selling scripts on eBay. But they were underage, so they couldn't be prosecuted.

"It was a f**king production nightmare... It was like there was a 'Gossip Girl' in our system." 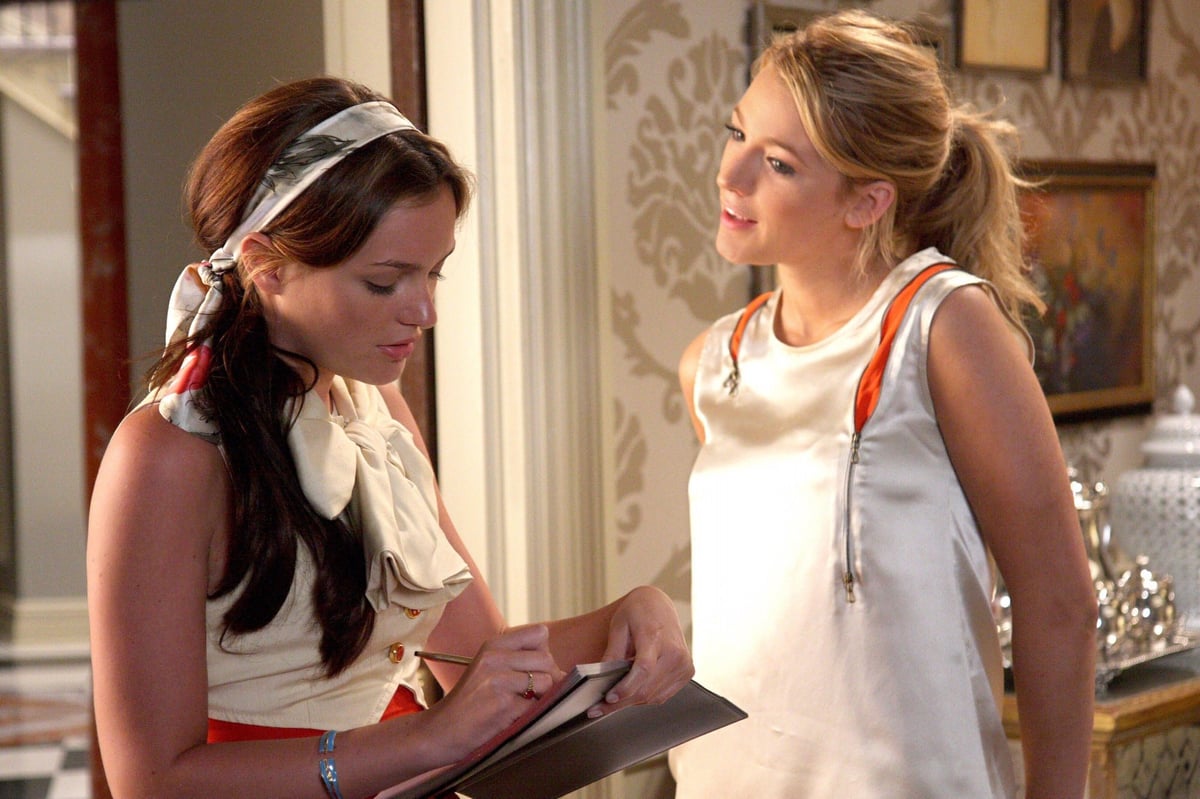 A different character was meant to be 'Gossip Girl'.

But it turns out a different character was meant to be the mysterious blogger.

Joshua Safran, a writer and producer on the show, has shared that it was actually Nate Archibald (Chace Crawford) who was meant to be 'Gossip Girl'.

"I think there would have been holes in anybody being 'Gossip Girl', and it wasn't Dan when I left the show [after season five], but I also understand why it is Dan," Safran told The Daily Beast.

"It was Nate. It was Nate until the day I left," Safran added.

"I think we all came to the conclusion that it might be Nate by the end of season four, and then we spent season five teeing it up.

"But with Nate, it was because he'd never sent anything in to 'Gossip Girl', and if it had been Nate, it was based on this idea that he'd felt so guilty for sleeping with Serena that he had to create an alter ego to bring us all to it."

"They were friendly, but they were not friends like Serena and Blair. Yet the second they’d be on set together, it’s as if they were." 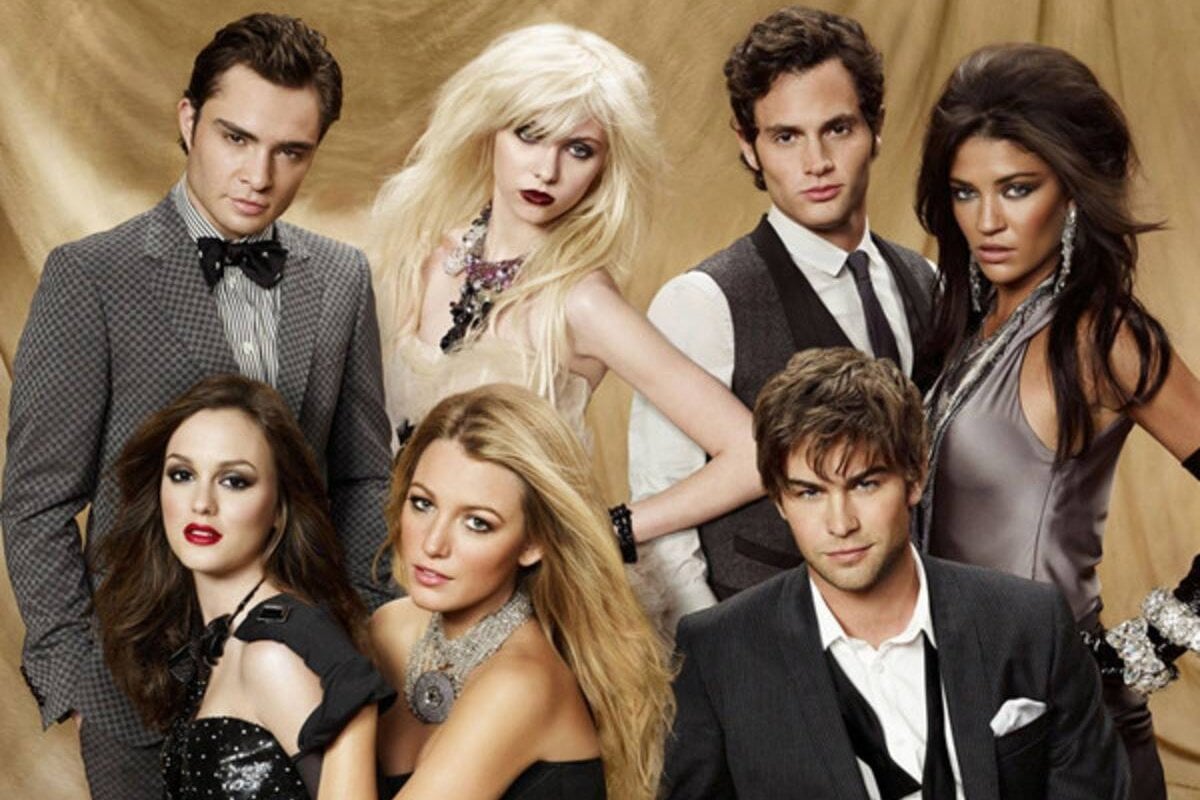 For two months, Blake Lively and Penn Badgley kept their break-up a secret on set.

During their time on the show, Blake Lively and Penn Badgley dated for three years.

However, after breaking up in 2010, the pair kept their split a secret for two months.

"The shocking thing was, I found out on the set of the season two finale that Blake and Penn had broken up months before," Safran recalled, speaking to Vanity Fair.

"They kept the breakup hidden from the crew, which you could never do now. I don't even know how they did it. They kept it from everybody which is a testament to how good they are as actors. Because they did not want their personal drama to relate to the show."

Each episode title is a reference to a famous movie.

Each of the show's episodes titles include references to famous movies.

The cast, including Penn Badgley, didn't know that Dan Humphrey was 'Gossip Girl' until the final scripts were handed out.

"It was nothing that we talked to the actors about," executive producer Stephanie Savage told TVLine.

"It was nothing that we wanted to be part of Penn Badgley's performance as Dan."

Some real Upper East Siders weren't happy with the show.

But it seems the city's real Upper East Siders weren't happy with the show.

According to The New York Sun, some New York City students shared their schools imposed bans on watching the show, which seems... excessive.

"People associate it with my life, and my life is nothing like that," one Upper East Sider said. "I live nothing like Serena van der Woodsen."

Blake Lively originally turned down her role in the show.

When Blake Lively was first offered the role of Serena van der Woodsen in Gossip Girl, she promptly turned it down.

According to Vanity Fair, the actor told producers: "No, I want to go to college. Thank you, though."

Lively continued, "Then they said, 'Okay, you can go to Columbia [University] one day a week. After the first year [of the show], it'll quiet down. Your life will go back to normal and you can start going to school. We can't put it in writing, but we promise you can go.' So that's why I said, 'Okay, you know what? I'll do this.'"

The series was originally meant to be a Lindsay Lohan movie.

The drama series was based on the novel series of the same name written by Cecily von Ziegesar.

However, the novel series was originally meant to be adapted into a movie starring Lindsay Lohan as Blair Waldorf.

But in the end, a TV series made more sense.

"The books are a soap opera, and TV makes a lot of sense," producer Leslie Morgenstein told Backstage. 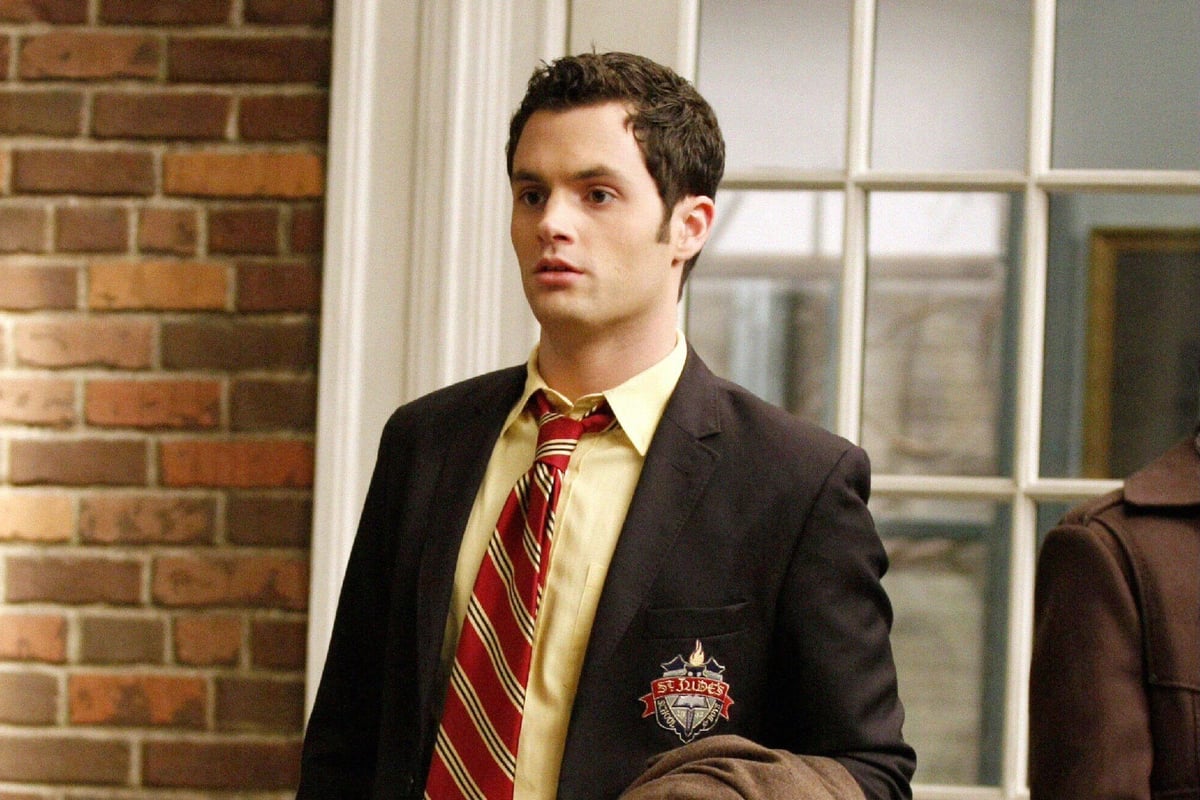 The CW were worried that Ed Westwick looked like... a serial killer.

Although the show's co-creators loved the darker edge that Ed Westwick brought to the show with his character, Chuck Bass, the network were concerned that he looked "more like a serial killer than a romantic lead".

"You want to hate him, but you would also probably sleep with him. He's one of those guys you hate for always getting away with things, but you also want to hang out with him and see what he's up to next."

The show used criticism as marketing.

When Gossip Girl first aired, it faced some controversy from parents over its adult themes.

In response, the series used lines of criticism – such as "mind-blowingly inappropriate" and "every parent’s nightmare" – in a marketing campaign.

The first episode of the Gossip Girl reboot will premiere on Binge on Thursday, July 8. All six seasons of the original series are available to watch on Stan now.