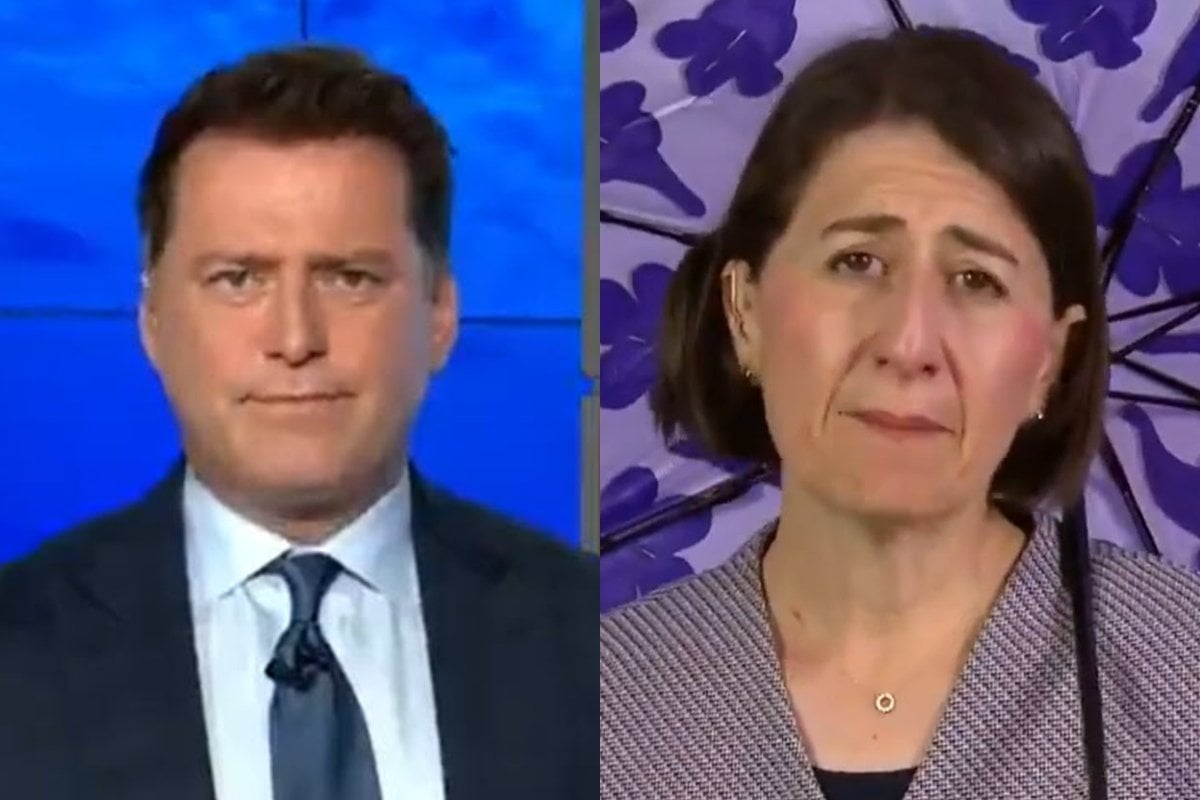 She didn't have coronavirus symptoms, but had begun to lose her voice so underwent a coronavirus test as a 'precaution,' and because she knew media would ask her about it.

She was negative, which, though unsurprising, was also very lucky, because the Premier had not followed NSW Health guidelines that stipulate people must isolate after taking a COVID-19 test.

She continued working in her office during the two hours it took to get the negative result.

A week later, the Premier has faced up to her decision in a series of very awkward breakfast television interviews.

Speaking to Karl Stefanovic on the Today show, Berejiklian confessed people had come and gone from her during the time she was waiting for her test result.

"Did you breach your own rules?" Stefanovic asked her.

"I'll let others make that call," Berejiklian answered, adding she was acting out of caution by receiving a test in the first place.

Pressed again about breaking her "own rules", she responded: "If I was an ordinary citizen, I wouldn't have had any symptoms so I wouldn't have taken the test, so I went over and above".

"But Premier, you broke the rules," Stefanovic responded.

"That's open to interpretation, I took a test that I didn't need to but I wanted to," she said. 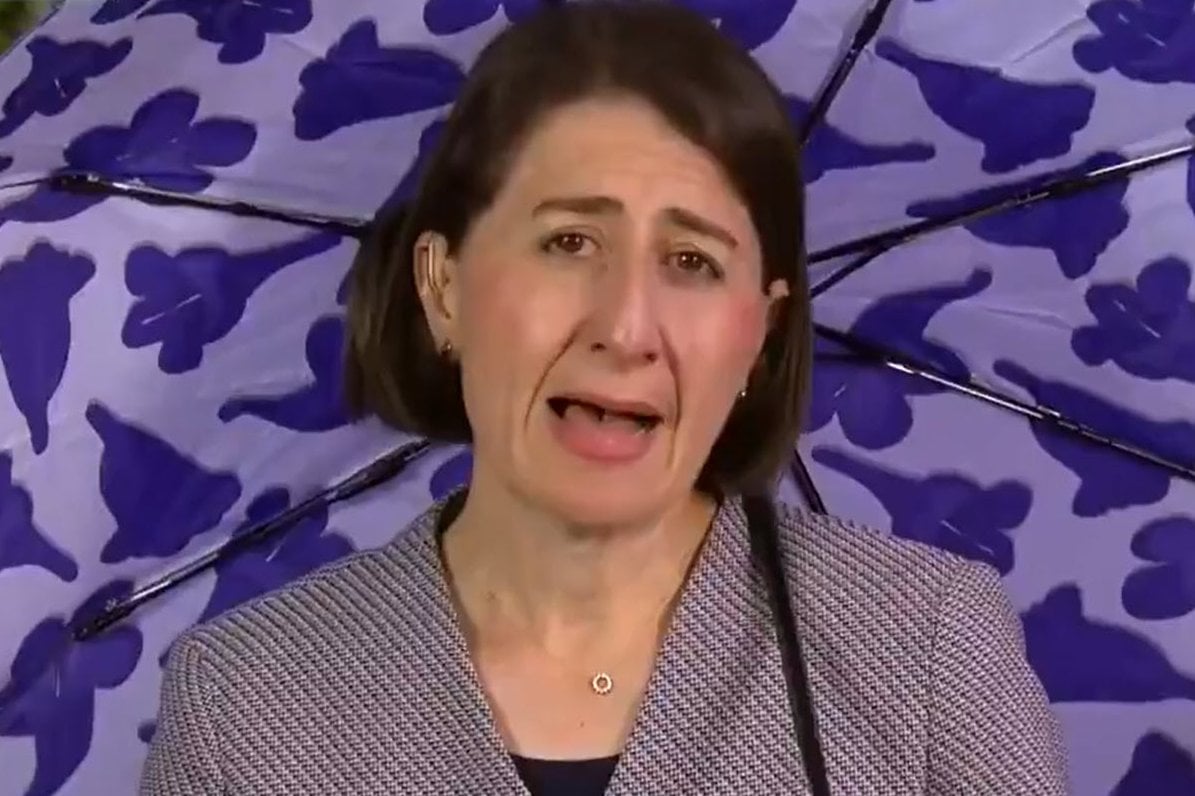 Eventually, Berejiklian conceded that in hindsight she shouldn't have allowed people to come and go from her office until she was found negative.

"In hindsight, I should have closed my door and not had anything to do with anybody for 90 minutes but I didn't because it all happened so fast and it was budget day," she said.

"I thought I was doing the right thing because I was being overly cautious.

"I can't tell you what I did in that time because I can't remember but I'm sure I did leave my door open so people could come in and out."

NSW Premier on not isolating after taking a COVID-19 test:@LisaMillar: You do accept that you didn't follow your own guidelines?@GladysB: Yeah, I accept that in hindsight, I should have kept my doors shut for the 90 minutes or two hours while I was waiting for the result. pic.twitter.com/WuBJvAwG3p

In another heated discussion with ABC News Breakfast's Lisa Millar the Premier once again agreed she "should have closed her door" at state parliament but "she didn't".

"Absolutely not. Why would I change the guidelines?" Berejiklian asked.

"Because you're not following them?" Millar responded. 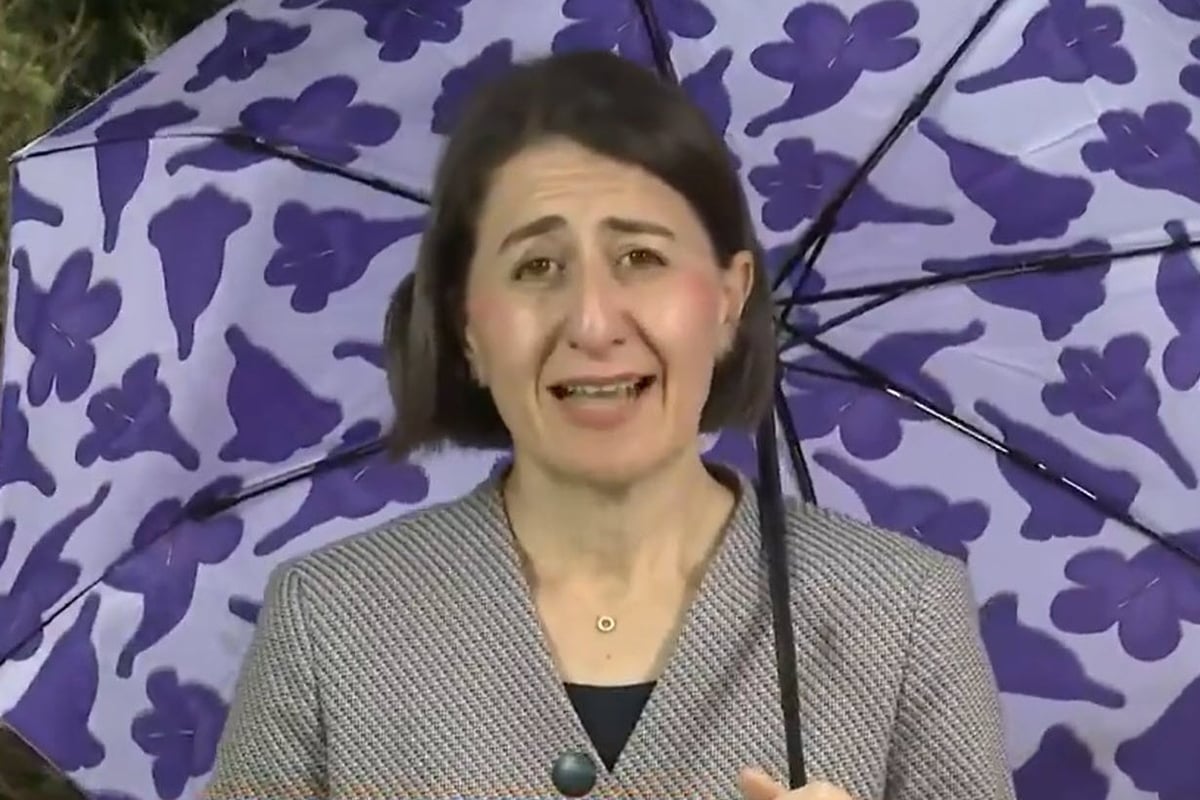 The Premier said she did not regret taking the test because she wanted to be able to declare she was clear of the virus, as she came into contact with so many people.

She insists she didn't have any COVID symptoms.

Millar asked if there was a such thing as a 'precautionary' COVID-19 test: "They're all precautionary?" she said.

The Premier said she took her own, "over cautious" advice and knew she wasn't unwell, but took the test anyway so she could assure media and the public she was healthy.

She denied she had become complacent about the risk of contracting COVID-19, which she warns the public about regularly.

"I still haven't hugged my parents. That is really hard, since February. I haven't let anyone touch me, even though people run up to you in the middle of the street and I put my elbow out," she said.

Opposition leader Jodi McKay said the Premier's actions were in "direct conflict" of health advice and showed "an extraordinary lack of judgement".

The Premier had a scratchy throat so she had a COVID test, but instead of isolating until she received the results, she attended a number of meetings at parliament.

This is in direct conflict with @NSWHealth advice and shows an extraordinary lack of judgement.

Politicians, including the Premier, should be held to account during a pandemic. As Dr Norman Swan explains: “Trust is a core element here and you risk as a leader breaching that trust, and people have to rely on leaders to get them through this.” https://t.co/sQRF4qr6eH

On Monday night's episode of Q&A, NSW Tourism Minister Stuart Ayres declared it was not necessary to isolate after a test unless you are exhibiting symptoms - a complete rewrite of NSW Health's guidelines.

"I think she has evaluated what's important for her. I think she’s not exhibited symptoms and she's done the right thing," Ayres said.

Host Hamish Macdonald asked: "So we can all do that? Just evaluate for ourselves and make a decision..."

Macdonald noted the NSW Health guidelines state the opposite but Mr Ayres stuck by his point.

"The key point here is she has gone and taken a precautionary test, but she's not exhibiting any symptoms. I don't think she’s put anyone at risk here."

Reply
Upvote
I get super annoyed with pollies never being able to cleanly admit to wrongdoing.
I'm not sure if it's a matter of ego, or considered the wrong thing to do in terms of PR, but I find it a trait that significantly erodes respect.
Quite a few politicians worldwide have managed to consider themselves exceptions to the restriction rules. With everyone's frustration at covid cloistering coiled and ready to explode, it's exactly the wrong behaviour to with which indulge themselves.
C
cat a year ago

Reply
Upvote
1 upvotes
It was two hours, and if she wasn’t premier involved not sure she would have even qualified for a test. There are so many other things to focus on.
G
gu3st a year ago