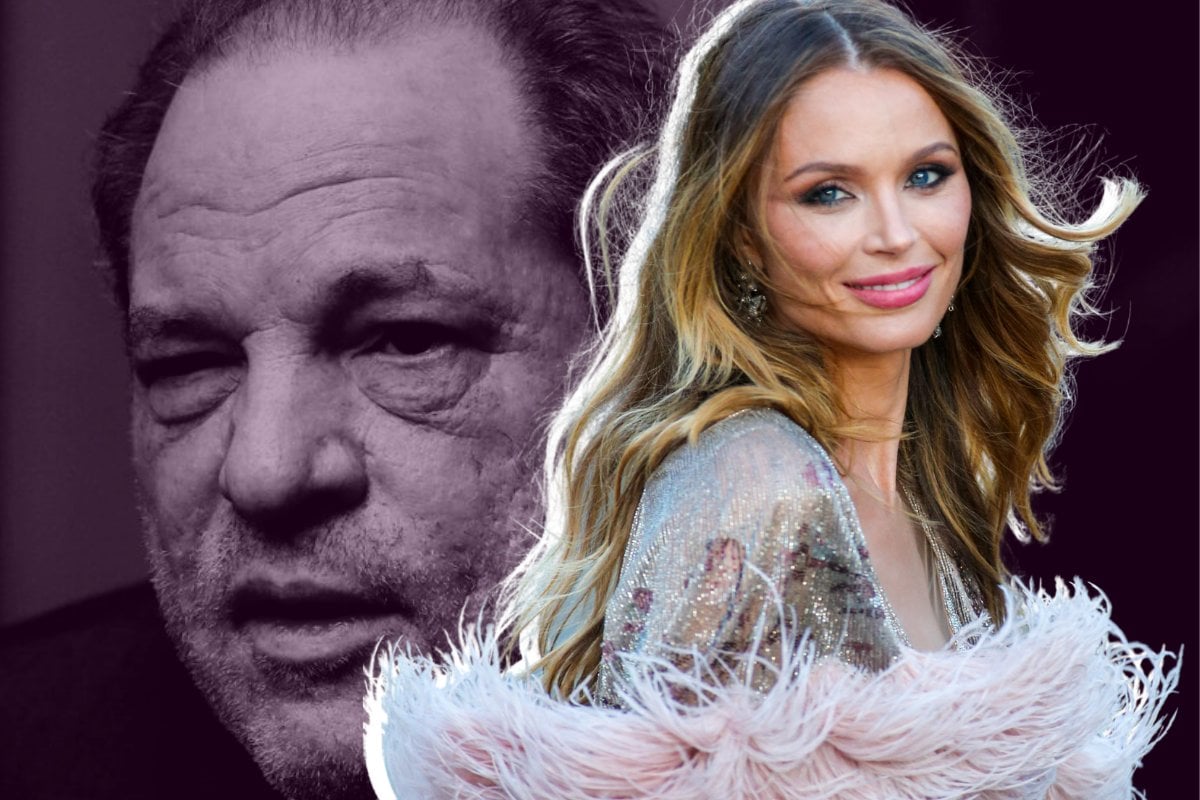 There's a sort of second-hand triumph that comes from looking at the photographs of fashion designer Georgina Chapman taken this week.

They're from the premiere of Clean at New York's Tribeca Film Festival, and they show her standing on the red carpet, her arms tangled in those of the movie star, Adrien Brody. 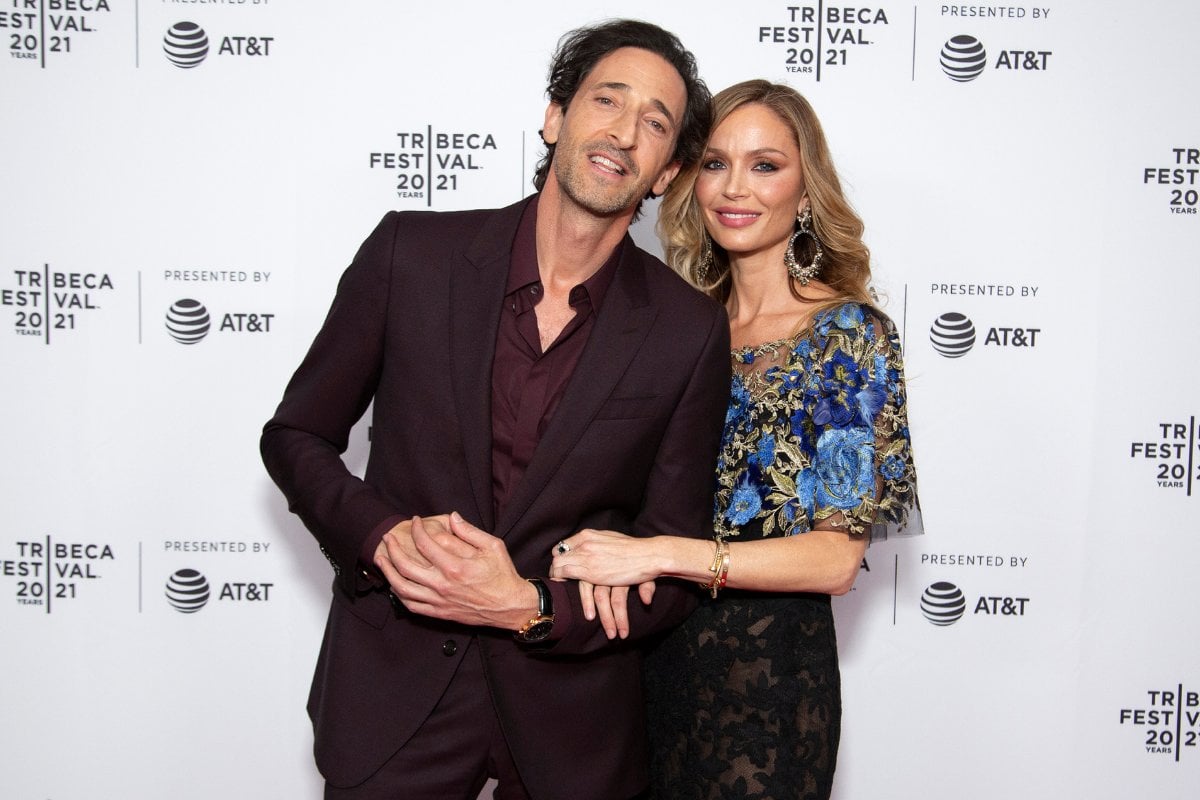 Image: Getty. Rumours have been written about the pair's relationship for close to two years now, but this was their first public outing as an apparent couple.

Yet the pictures made it well beyond the gossip sites and social pages, because they are more than that. They are of a woman who started over, who slowly but surely climbed her way out of the depths of someone else's scandal: that of her ex-husband, Harvey Weinstein.

When Hollywood turned its back on Georgina Chapman.

Chapman had been married to the heavyweight Hollywood producer for a decade by the time he became the defining scalp of the #metoo movement.

More than 90 women came forward with allegations of sexual misconduct and sexual assault against Weinstein, the first of which were exposed in Pulitzer Prize-winning reports by The New Yorker and The New York Times.

He was ultimately jailed for 23 years on rape and sexual assault charges in New York in 2020 and is now awaiting extradition to California to face charges of assaulting a further five women. 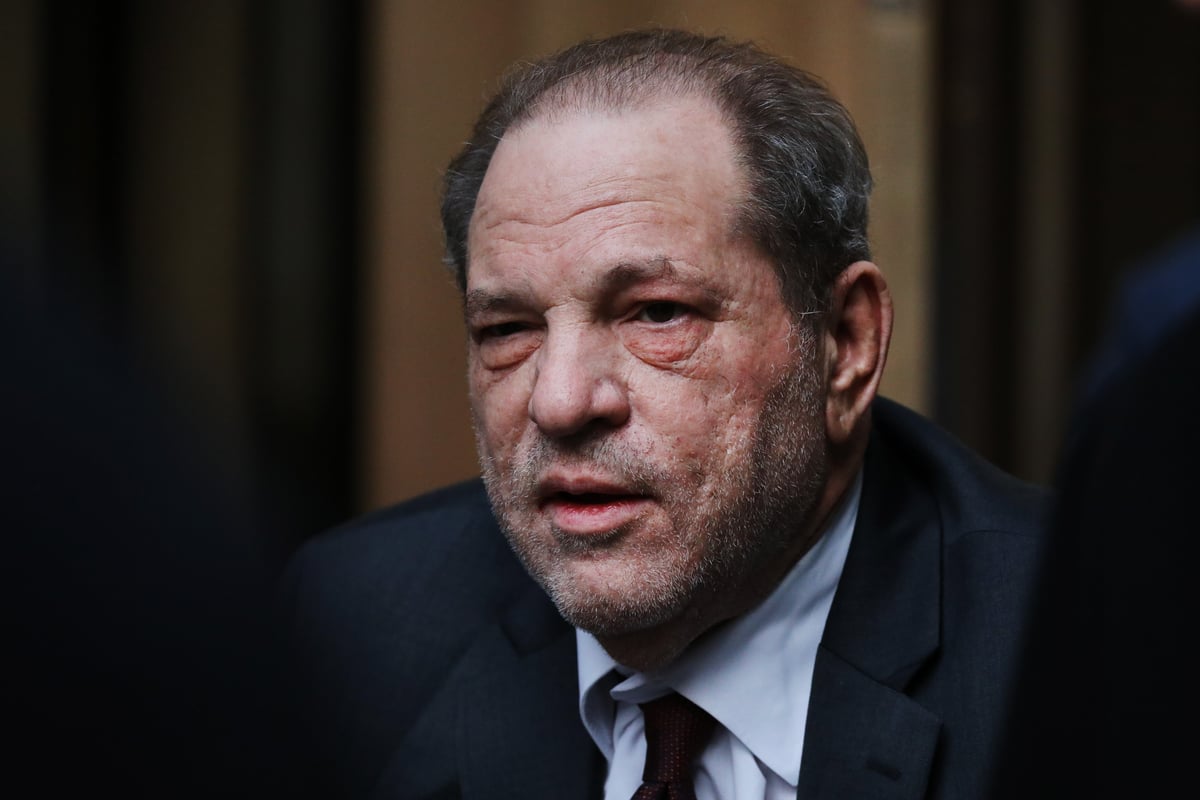 Harvey Weinstein at his trial in 2020. Image: Getty.

Through it all, Chapman made it clear where her allegiances lay.

"My heart breaks for all the women who have suffered tremendous pain because of these unforgivable actions," she said in a 2017 statement.

"I have chosen to leave my husband. Caring for my young children [then aged 7 and 4] is my first priority and I ask the media for privacy at this time."

But the personal and professional fallout from her former husband's predation was immense.

As the co-founder of women's fashion house, Marchesa, she was a fixture of the fashion world; red carpets, runways, media appearances. But come October 2017, she retreated.

As did Marchesa. The New York-based label, which she established with Keren Craig in 2004, cancelled its showing at 2018 Fashion Week and was nowhere to be seen on red carpets.

The latter seemed to follow claims made by several actors (including Felicity Huffman, Kerry Washington and Renée Zellweger) that Weinstein had previously pressured and bullied them into wearing Marchesa gowns at Hollywood events.

Craig firmly denied she or Chapman knew. But stars seemed eager to keep their distance, regardless.

Until May 2018 and Scarlett Johansson's showing at the Met Gala.

The actor made a pointed statement by being the first high-profile star in months to wear a Marchesa design, seemingly implying that a woman should not suffer the consequences of her husband's crimes. 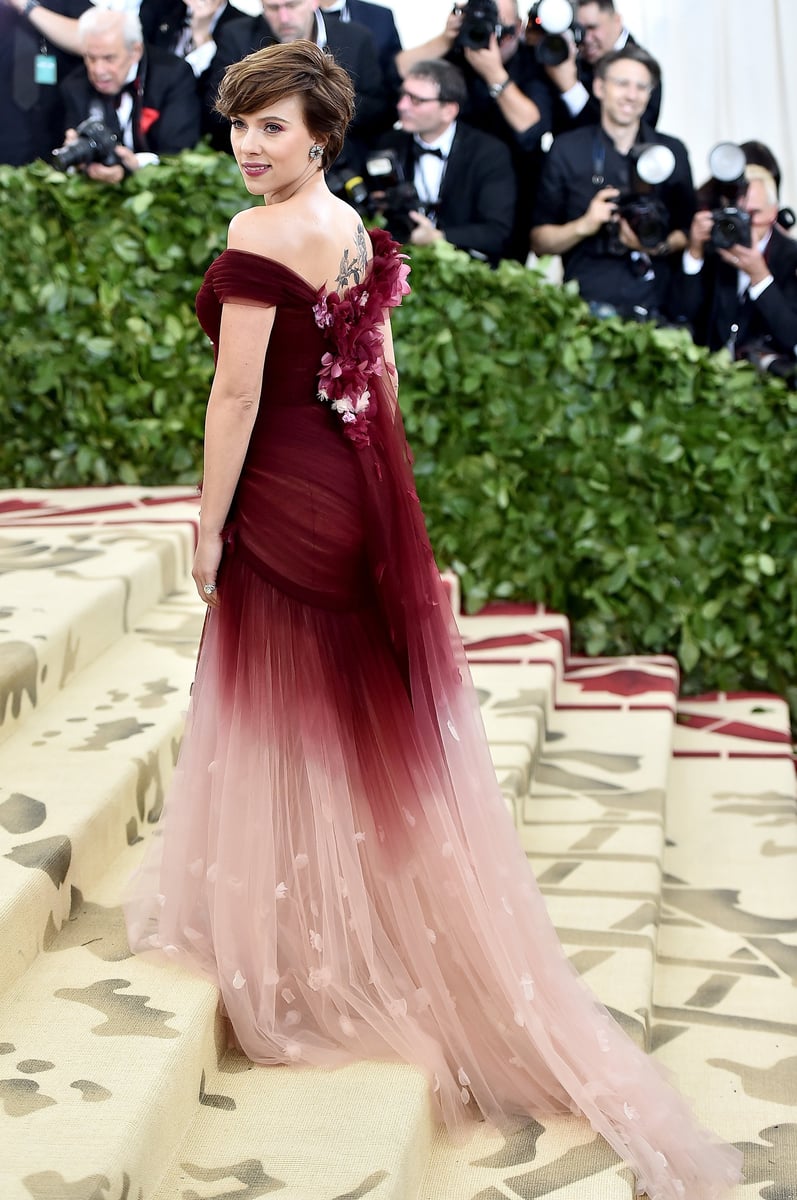 Scarlett Johansson made more than a fashion statement by choosing Marchesa in 2018. Image: Getty.

"I wore Marchesa because their clothes make women feel confident and beautiful, and it is my pleasure to support a brand created by two incredibly talented and important female designers," the actor told The Cut.

Vogue editor Anna Wintour, one of the most influential voices in fashion, echoed the sentiment in the magazine's June issue, writing, "I am firmly convinced that Georgina had no idea about her husband’s behaviour; blaming her for any of it, as too many have in our gladiatorial digital age, is wrong. I believe that one should not hold a person responsible for the actions of his or her partner. What Georgina should be receiving is our compassion and understanding”.

In the pages of that same issue of Vogue, ran Chapman's first interview. She spoke about the shock of the allegations ("I couldn't keep food down... My head was spinning") and the aftermath.

"It was difficult because the first article [in The New York Times] was about a time long before I’d ever met [Weinstein], so there was a minute where I couldn’t make an informed decision. And then the stories expanded, and I realised that this wasn’t an isolated incident. And I knew that I needed to step away and take the kids out of here," she said.

Chapman said she didn't go out for five months because of the humiliation. She was, simply, broken. 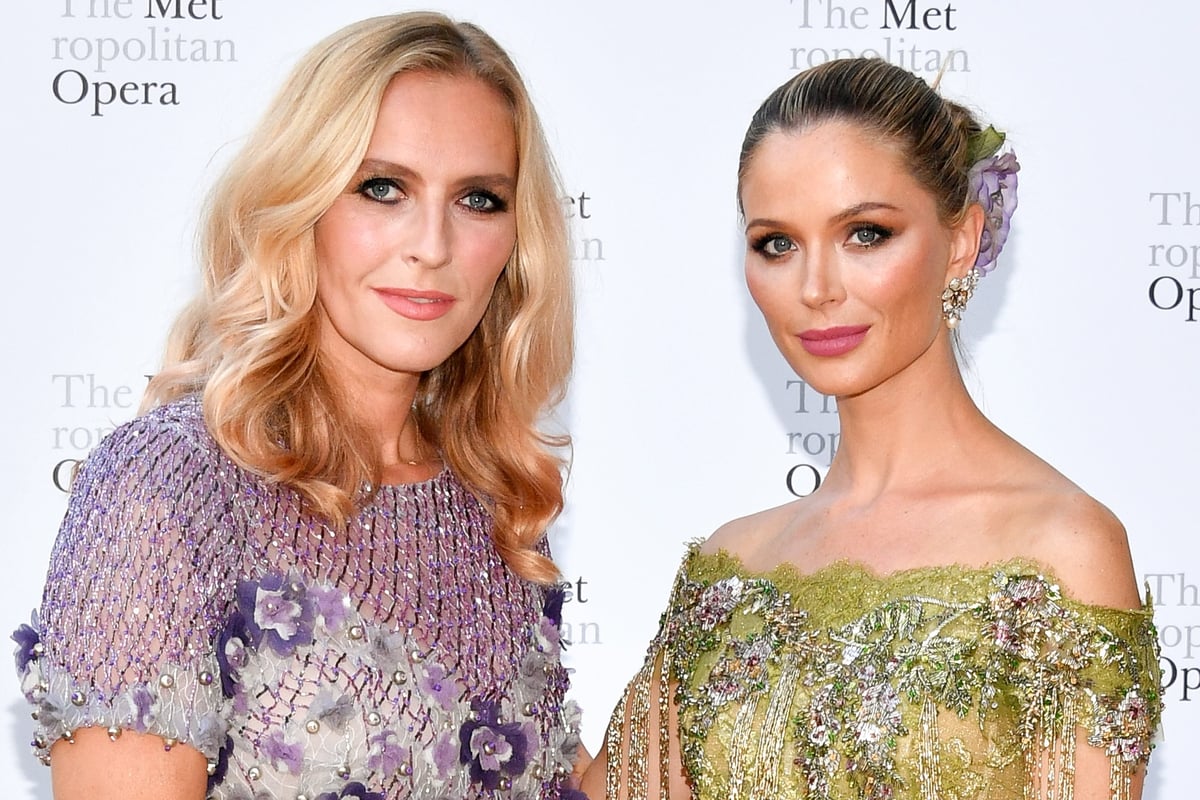 She continued, sobbing, "They love their dad. They love him. I just can’t bear it for them!"

It took another year for Chapman to make her red-carpet return, appearing alongside Crazy Rich Asians star Constance Wu, who she styled for the event.

In the years since, Hollywood and fashion have gradually welcomed Marchesa (and by extension, Chapman) back into the fold. Her professional life is rebuilding.

And her recent appearance with Brody would suggest her personal one is, too.

J
jonsully a year ago

Reply
Upvote
Hard to believe that a mature and successful woman had no inkling what her husband was up to.  If she had no idea, its likely she preferred blissful ignorance while enjoying the trappings and benefited from his bullying and predatory behavior.  No doubt she was drawn to Weinstein for his charisma, power and wealth - all of the tools he used to prey on women.  Was she simply a willing participant?  While she should not be punished for his criminal behavior, she shouldn't be given a pass either. Its a shame that she will never know what she would have been without Weinstein's sordid influence.
M
mamamia-user-482898552 a year ago

Reply
Upvote
1 upvotes
@jonsully Amazing that everyone else knew about her husband's predatory and transactional behaviour except her. I read about it in magazines in the 1990's, and I'm a nobody literally living on the other side of the planet. The "I had absolutely no idea" line holds no credulity here.
C
char0681 a year ago