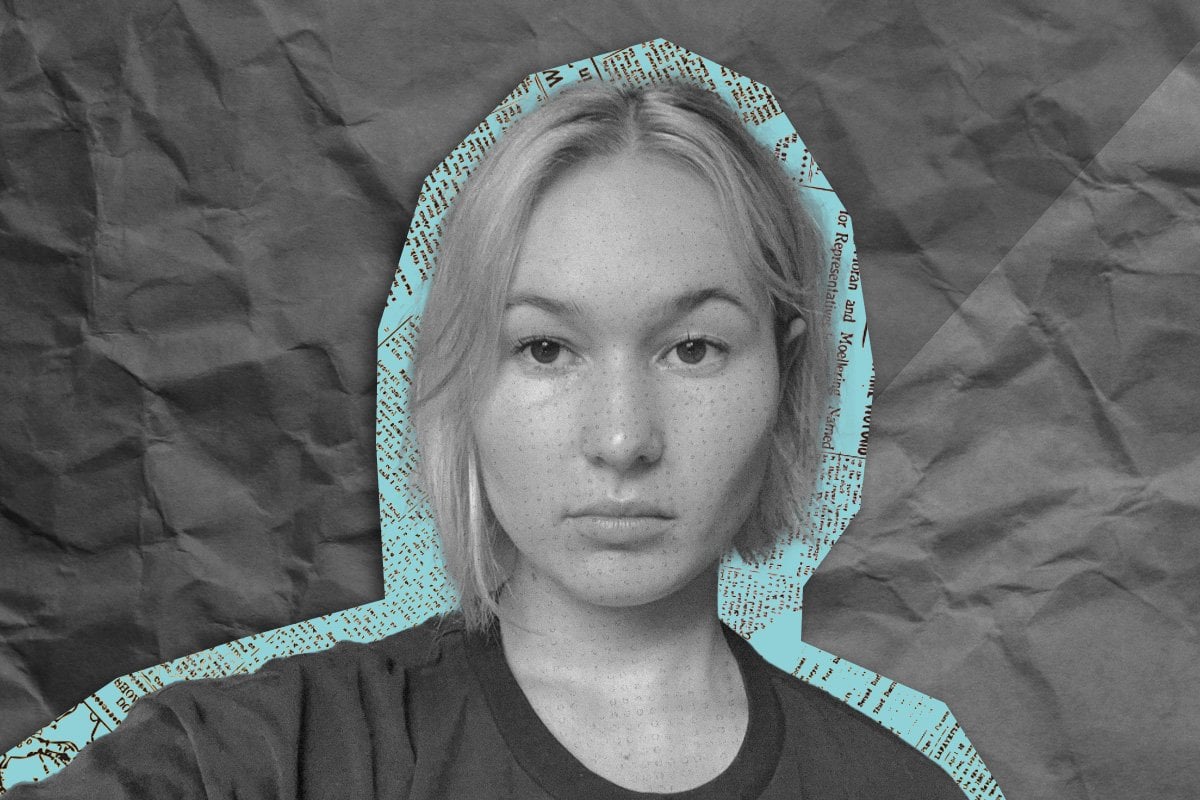 This is the headline we wish we could write on International Women’s Day: Woman believed and supported after telling doctor about her pain. 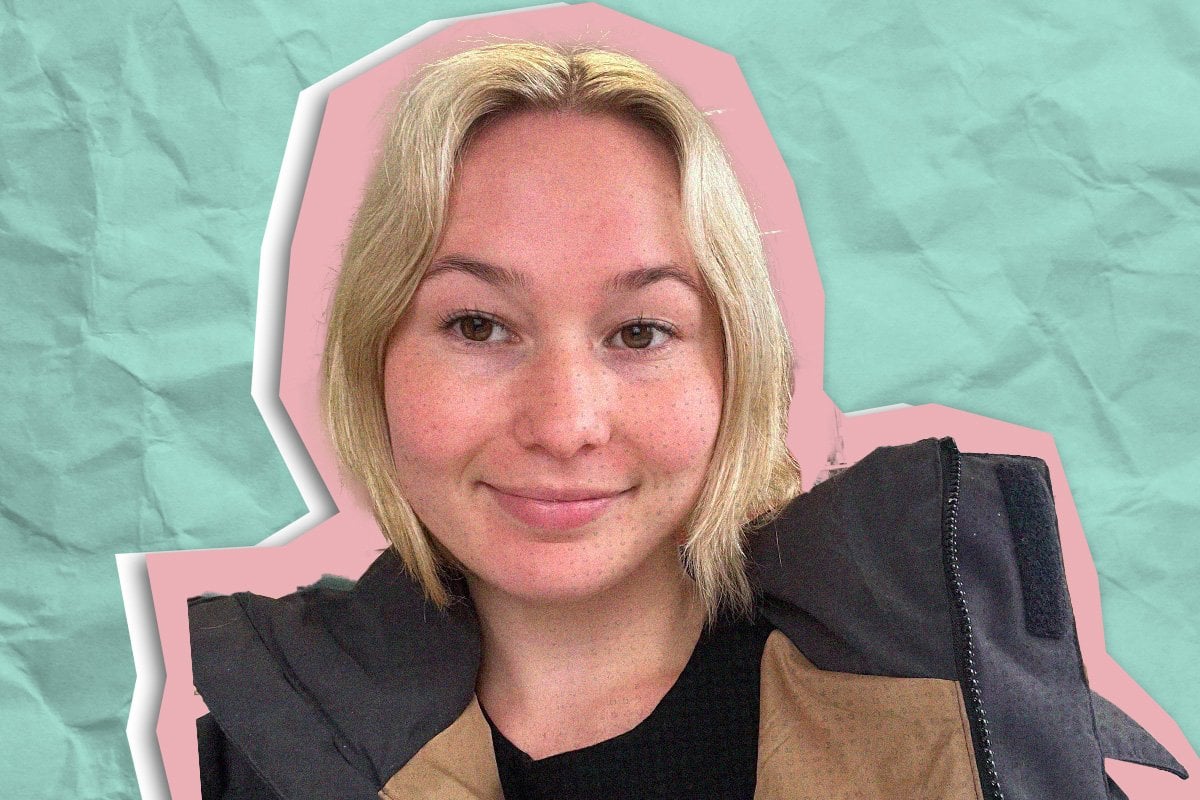 But this is still the reality for women in 2022:

We are 50 per cent more likely to be misdiagnosed following a heart attack.

We are 30 per cent more likely to be misdiagnosed, or have our condition overlooked entirely, following a stroke.

It takes approximately five years for autoimmune diseases to be correctly identified and diagnosed.

The result? A lost generation of women going through life struggling with undiagnosed conditions. Or if they broach the subject with a healthcare professional, they're more likely to have their pain dismissed and told it's 'all in their heads'.

Missed and misdiagnoses are a far too common occurrence for women all over the world. From a lack of research into health issues that predominately affect women, to an extensive history of gendered notions and stigmas that cloud possible symptoms and diagnosis, we're continually failed by the system.

And we need to talk about what that really means for us.

Three years ago, I had my own missed diagnosis in an experience that not only left me suffering from a treatable condition for months longer than necessary, but also left me feeling humiliated.

It instilled a sense of distrust with medical professionals in me; one that is far too comfortable among women.

You see, when I was 18 years old I finally mustered up the courage to go to a doctor with the hopes of resolving an ongoing issue I had with painful sex, spurred on by my boyfriend of the time.

To say I was reluctant to get it 'treated' would be an understatement.

To me, it felt like a luxury to see a medical professional to resolve an issue with an act you "opt-in" to. I felt like I'd be wasting people's time. I didn't have any related issues that impacted my day-to-day life. This was a condition that presented only when I had sex, so the quick fix solution would be to simply... not have sex.

But, my relationship was breaking down because of it, and rather than doing it for myself, I thought I owed it to my boyfriend.

So, I dragged myself into a clinic and mumbled to the doctor that sex hurts to varying degrees. I'd never found it pleasurable, and it'd been three years now.

On my first visit, the female doctor seemed fairly stumped on what it could be.

She gave me a referral for an internal ultrasound to test for endometriosis despite presenting few symptoms and ran some precautionary STI tests.

Once I had the results for both, we'd reevaluate, she said.

A week later I returned ready to be fixed. I didn't have endometriosis, as I had suspected, and so I came back to receive the STI results, plus on the (probably misinformed) advice of a friend, to discuss changing birth control with hopes of stabilising my mood.

My usual doctor was away, so I was sent to a different doctor. A man.

Seeing a male doctor had never bothered me much before. A doctor's a doctor, I thought.

So I sat down and asked him about changing birth control first up, with hopes of easing into the session.

“Why would you want to change birth control?” he asked bluntly.

“Uh, as I was saying I just think it’s changing my mood and I thought it might help if I swapped…” I tried to explain.

“No no no, that’s bullshit. I don’t know who’s telling you that. Birth control is good for one thing and that’s preventing pregnancy. You need to diet and exercise if you want to change your mood. It’s got nothing to do with your birth control. Changing your dosage will increase your risk of blood clots, breast cancer – I think, and people on birth control have a higher risk of getting STIs – but maybe that’s just because they think they can sleep around with anyone,” he laughed.

I tensed up. His tone threw me. His casual mention of "sleeping around" felt off. Plus, it was immediately clear that he wasn't a fan of my form of birth control.

So rather than pushing back, I bit my tongue and kept quiet hoping it would mean my appointment would finish quicker.

But he was just getting started.

"Now what else… Ah yes, you’re getting your test results for down there,” he said, pointing at his crotch. "Well, the tests have come back negative… but are you sure you did it right?"

I saw where this was going.

He had very quickly formed his view of me, as he had with all women who were on birth control. Women on the pill slept around. The only cause for my pain would be at the careless fault of my own.

But I'd only slept with one person! And they were a virgin too! I protested in my head. How could I possibly do a pee cup test wrong?

Instead of saying that though, I managed up a simple: "I think so? She gave me a cup and asked me to pee in it. And I did?"

"Well no, you didn’t do it right then. You should have waited overnight and done it first thing in the morning. I’m gonna give you another one to try again," he replied.

Now, I'm no expert. But I was pretty confident the tests were negative... because I was negative.

I'd investigated every potential symptom of STIs before arriving at the doctor a week ago because frankly, at least if it were chlamydia it would have been a quick antibiotic fix. There was no evidence that I could catch an STI in my very monogamous and first sexual relationship.

And so I told him that: "I’ve only been sexually active with one person who was also a virgin."

"Okay then. Well then let me tell you what I think the issue is…" he started.

"His penis is too large and your hole -" he paused making a tiny hole using his hand, "is too small."

Increased lubrication, he told me. Since I was a virgin before having sex with my boyfriend, my hymen probably hadn’t broken, he added. I should have a drink and 'loosen up'.

So I stood up and left the office, feeling like I'd just wasted a good hour to be shamed for a medical issue I'd already felt insecure about. And then, I started crying.

I'd spent years delaying this appointment fearing this exact outcome.

At that point, I'd accepted my inevitable fate that I'd go to the grave never orgasming with another person, and my relationship broke down weeks later when we couldn't manage it anymore.

Thankfully, a few months later a mentor of mine encouraged me to try again, but to speak to a women's health clinic this time around.

So, despite my nerves, I gave them a call.

When asked for some details as to why I was booking the appointment, I sheepishly mumbled that sex was painful.

Her voice immediately softened: "Honey, that's awful and we'll do everything we can to get you feeling better."

Sure enough, I had a name for my condition within moments of arriving at my appointment: Vaginismus.

After a quick inspection, the doctor assured me that there was nothing physically wrong with me as I feared and I was referred to a physiotherapist and the fix, although tedious, was far less scary and invasive than I had anticipated.

All up, the five-minute appointment cost $90 which on my 18-year-old casual wage hurt a little. But, I accepted that that's the price I would pay for comfort. For peace of mind. To be treated, by a doctor, with dignity.

Unfortunately, my experience is just one of many faced by women seeing medical professionals.

Whether it's for sexual health treatment like me, or for endometriosis, anxiety, depression, autism, ADHD, or even heart disease, in 2022 women continue to endure treatable conditions far longer than necessary.

And it is quite literally impacting our health.