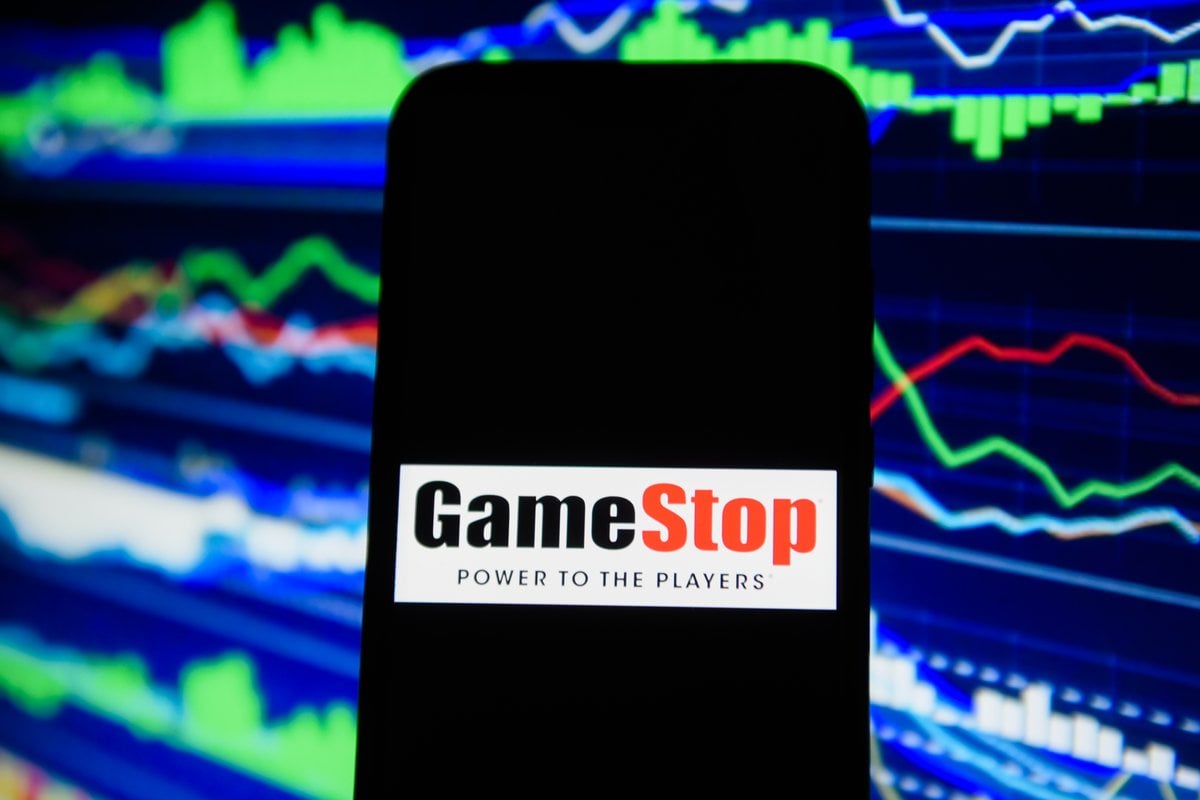 Here's the gist: Wall Street has witnessed an uprising of amateur investors who have caused rich people to lose lots of money.

As the headline suggests, we're here to explain it simply. Like this woman, who looks like she's about to cry with every new sentence as she tries to explain GameStop.

So let's pretend you're a totally normal person who just wants to understand GameStop. Here is what you need to know.

What even is GameStop?

GameStop is the world's largest retail gaming company. Think Blockbuster but for video-games.

Thanks to the digitalisation of video games, compounded by the pandemic, GameStop was struggling in the past year. Their physical shops - the basis of their business - weren't doing well.

In April last year, their shares were priced at $US3 and were expected to fall.

Instead of slumping, though, they surged.

Why? Because a group of people on Reddit wanted to disrupt Wall Street, the home of the New York Stock Exchange. And they did so, extremely successfully. 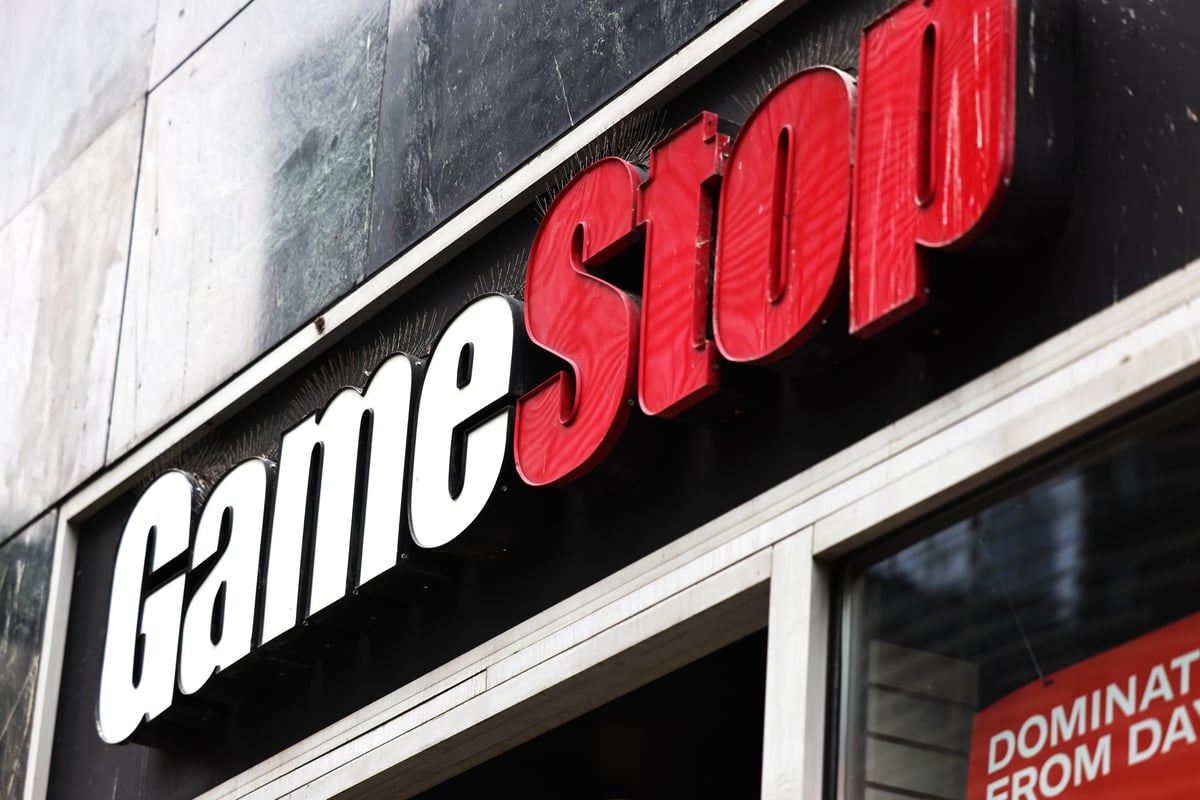 Sooo... why do I keep hearing about 'shorting'?

'Shorting' is basically betting, but for really rich people. It's when investors guess a company's share price will drop and so place money on it.

Let's pretend that instead of a share, it's a new dress.

I borrow a dress worth $100 from a friend. I decide to sell that dress to a local market for $100, predicting no one will want it and I'll soon be able to buy that dress on sale. I return a few months later and I was right. No one wants the dress. It's now on sale for $60 and I buy it. I have made a profit of $40 - the difference between what I sold it for, and the cost of replacing it. I then return the dress to my friend. In financial terms, this is called 'shorting'.

This is risky because fashion is unpredictable. If that dress suddenly becomes trendy, then its price could go up. Let's say the dress becomes stylish, and the dress is now selling for $140. That's annoying, because I still have to return this dress to my friend. So I buy it, before the price goes up even further. In this case, I've lost $40, because I bought it back for more than I originally sold it for.

This is what happened when wealthy people shorted GameStop shares, predicting their value would decrease, but it actually increased.

As a side note... here is Scott Pape, aka The Barefoot Investor, sharing his number one money tip for single women. Post continues below.

How did it happen with GameStop?

A few US hedge funds shorted GameStop's stock. (A hedge fund is a high-risk investment fund that is usually reserved for very wealthy investors.)

Enter: Reddit. Specifically, a subreddit called "WallStreetBets", which has about two million subscribers.

Some people on Reddit noticed that a few hedge funds had shorted millions of dollars of GameStop shares. They thought it would be a good idea to 'stick it to the big guys' and force their bets to fail.

The Redditors' plan worked and the hedge funds lost their bets badly.

Those hedge funds have since had to buy back GameStop shares at the inflated price to return them to the brokers they initially borrowed them from.

Melvin Capital, one of the hedge funds who had short-selling bets in GameStop, lost 53 per cent of their investments in January, according to The Wall Street Journal.

Why do I keep hearing about something called Robinhood?

No, the legendary outlaw Robin Hood has nothing to do with this.

Robinhood, rather, is an American app that allows users to trade stocks commission-free. Many Redditors were using Robinhood to buy GameStop's shares.

The app is targeted to younger people and specialises in low-cost trading - the perfect platform for amateur investors.

But on Friday, Robinhood suddenly banned users from buying GameStop shares. This manipulation of the market infuriated its users, because people saw it as Robinhood trying to protect the hedge funds - an accusation Robinhood denies.

You can't even search $GME $AMC on the @RobinhoodApp today to get quotes. This isn't right!

after delisting GameStop and AMC, Robinhood has gotten over 100,000 1 star reviews in one hour on the app store, now set with a 1 rating. they deserve it pic.twitter.com/eDNDuPrj8r

We now need to know more about @RobinhoodApp’s decision to block retail investors from purchasing stock while hedge funds are freely able to trade the stock as they see fit.

As a member of the Financial Services Cmte, I’d support a hearing if necessary. https://t.co/4Qyrolgzyt

Robinhood has since lifted their restrictions, allowing amateur investors to invest in GameStop again.

So has anyone made money from this?

Yes. People who had shares in GameStop prior to this frenzy, and who have since sold them, have made lots of money from this.

For example, a 10-year-old from Texas told CNN he has made $32,000. His mother bought him shares in GameStop two years ago for $60, and when the share price skyrocketed in the past week, he sold them for about $320 per share.

Lots of people are making predictions. But really, who knows?

Reply
Upvote
Yes but you didn't tell us how the small investors forced the price up.  That's an important part of the trick isn't it?

Reply
Upvote
1 upvotes
The dress analogy is really good.
It's not just for rich people though, anyone can do it. We don't recommend it, but some people do it anyway.
Another interesting question is asking if what WallStreetBets did was illegal. It's somewhat borderline, good luck prosecuting them though.

Reply
Upvote
1 upvotes
@snorks What would be the legal grounds here.? I'm guessing collusion or manipulation of some sort - but it's not my field of expertise so I'm basing this on movies I've seen.

Reply
Upvote
1 upvotes
@random dude They have potentially manipulated the markets, generally it's a pump (up the price) and dump (sell at the top), but they haven't really done that. We'll have to see how it all plays out.
It's funny, because WellStreetBets on Reddit is generally derided but here they are making a massive impact.
My bet is they won't prosecute, mostly because this is a new situation. For starters, you'd have to track everyone down through Reddit usernames which would be time consuming, then work out what country they are in, etc.
It may lead to new regulations though, so next time the legalities of it will be more clear.
I reckon they only way they prosecute is if the hedge funds put some political pressure on, but my gut tells me they just want to get passed all of this.
Lots of guesswork here though.