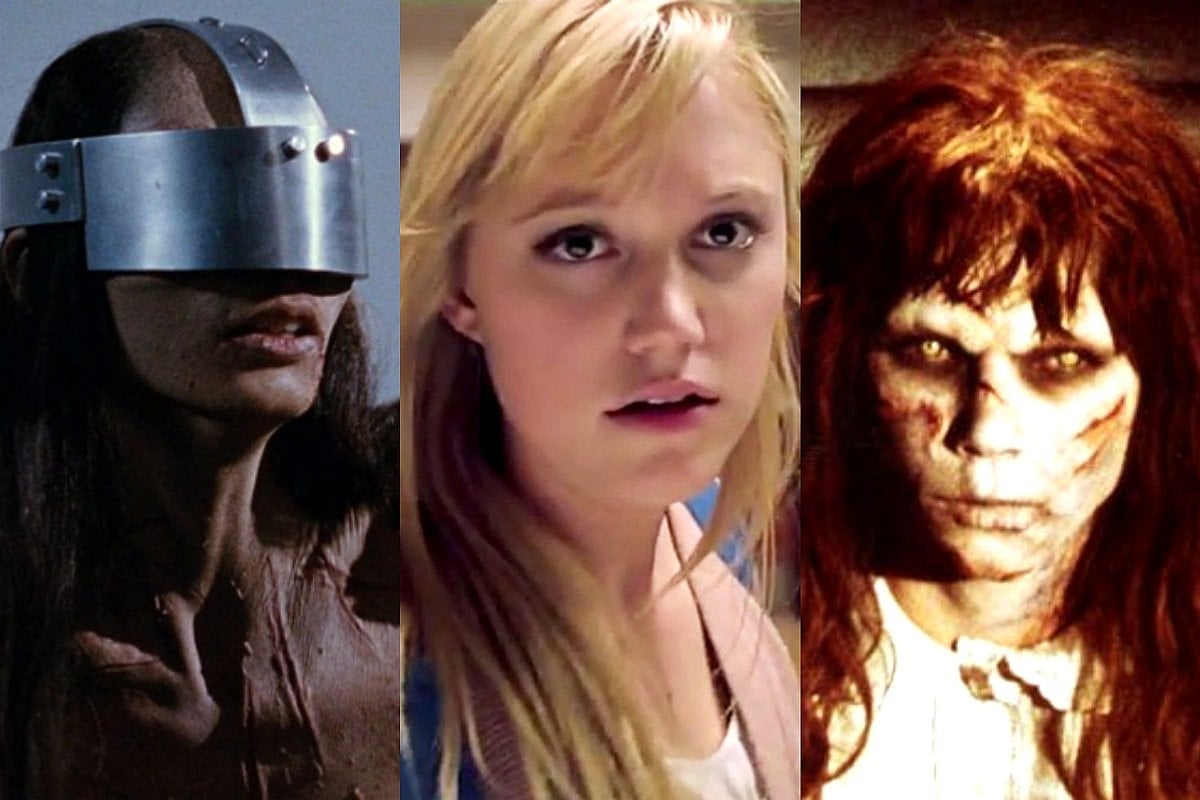 Watching a good horror movie is kind of like falling in love.

It’s exciting, dizzying and full of possibility that it will turn out to be something great.

There’s always a pretty good chance you’ll later find yourself regretting your decision to spend time with it.

I’ve always subscribed to the notion that a good horror movie is a work of art, an elevated style of storytelling no less prestigious than a drama rooted in reality.

Watch the trailer for Hereditary... if you dare. Post continues below.

There are horror films that delve into intricate social and racial issues, like Get Out, that brilliantly capture complex characters, like The Silence of the Lambs or tackle emotional family dynamics like Stan’s Relic.

The thing about genuine fear is that it’s very subjective, and movies with the power to send waves of cold terror through your soul could barely cause a ripple for someone else.

With that in mind here are five movies that I, a horror movie fan, found so terrifying I almost regret watching them.

If you’ve watched It Follows, chances are you’re rolling your eyes as you read this, wondering how a well-made, low-budget movie with such a simple premise could scare anyone.

A few Christmases ago, during a lull in the family festivities, I settled down on my sister’s couch with my laptop to watch It Follows, a new horror flick with excellent reviews.

Basically, it’s about a supernatural entity that is passed on through sex, and once it’s been passed to you, it will keep coming, slowly but surely, until eventually it brutally murders you.

The story is told through the eyes of 19-year-old Jay (Maika Monroe) whose new boyfriend purposely passes on the curse to her to buy himself more time to run.

I thought it was going to be just a fun teen slasher. Instead, there’s a visceral sense of dread watching the shape-shifting entity doggedly follow and execute its prey.

It’s also not a horror flick that comes with the catharsis of a big final showdown where a monster meets its end and you’re treated to a bit of closure along with the credits.

Even though I was staying in a house filled with family, I still slept with the lights on for a week after watching It Follows and to this day I still feel a sense of dread when someone walks slowly behind me. 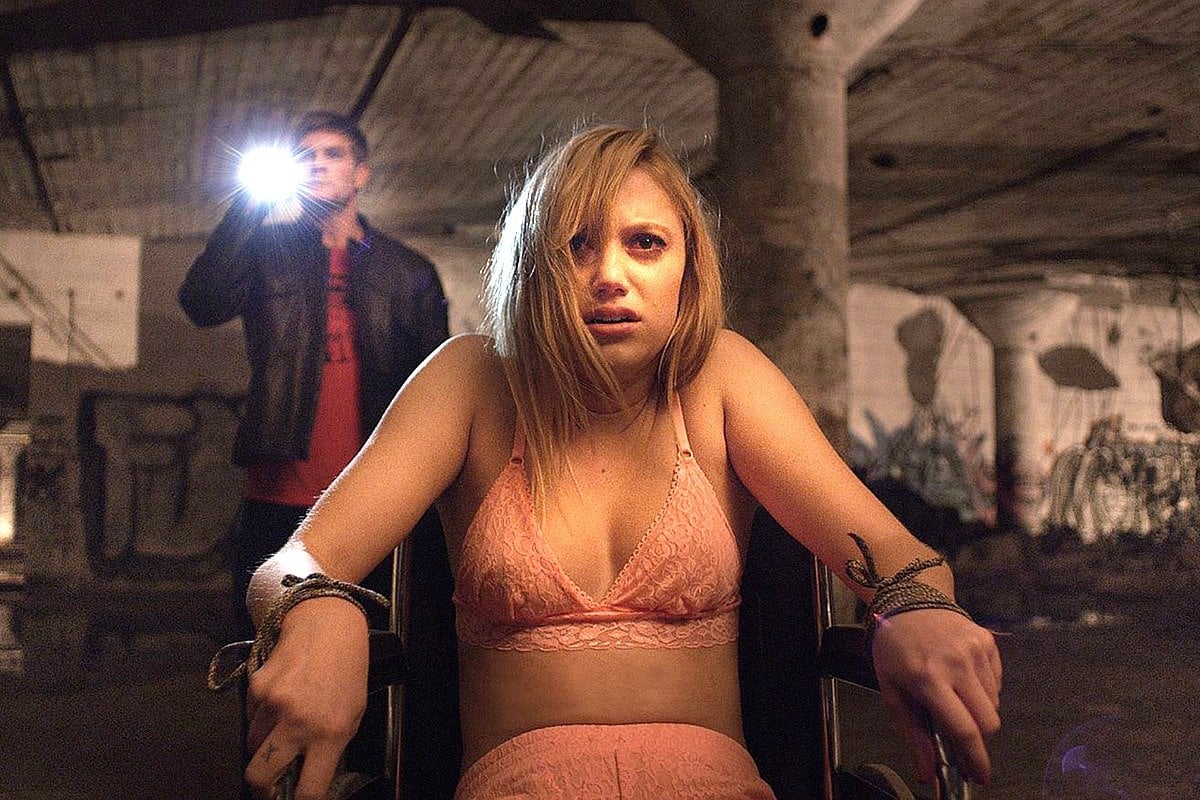 "The story is told through the eyes of 19-year-old Jay (Maika Monroe) whose new boyfriend purposely passes on the curse to her." Image: Northern Lights Films.

To me, Cannibal Holocaust was always a movie with an air of horrifying mystery around it.

The movie was initially banned in Australia and even though the general consensus seemed to be that it was sickeningly gory and wildly inappropriate, a few critics sang its praises.

One review even went so far as to state that it was "a masterpiece of cinematographic realism".

It was this buzz that convinced a few of my uni friends and I to sit down and watch Cannibal Holocaust one rainy afternoon many years ago, even though one of our film lecturers had warned us it was a brutal watch.

Cannibal Holocaust is about an American film crew who disappears in the Amazon rainforest while filming a documentary about cannibal tribes and the rescue team that go in after them.

I didn’t quite make it until the end of the movie, and what I did see I watched through closed fingers, but I can tell you it’s a movie with extreme scenes of gore and sexual violence.

There are many elements about this movie that will turn your stomach, but the worst element by far is that six brutal animal deaths appear on the screen and seven animals were killed (on purpose) for the movie to be made.

If a friend ever suggests watching Cannibal Holocaust, I strongly suggest you say no.

It’s probably not in vogue to be scared of The Exorcist anymore, as many other films are now billed as much more chilling than this 1973 classic.

Yet I’ve never seen another film that seeps like unwelcome darkness into your soul during that first viewing quite like The Exorcist. I watched it more than 15 years ago for the first time and it’s truly the only time a movie's mere existence has terrified me.

The Exorcist is about a 12-year-old girl named Regan (Linda Blair) whose body is taken over by a demon, and the desperate plight of her mother and priest to save her.

It’s a movie that’s been parodied so many times, it’s easy to forget that when it first opened, audience members would faint or vomit while watching it.

The Exorcist is claustrophobic horror with a sense of bleak hopelessness and I've yet to watch another movie that captures fear in quite the same way. 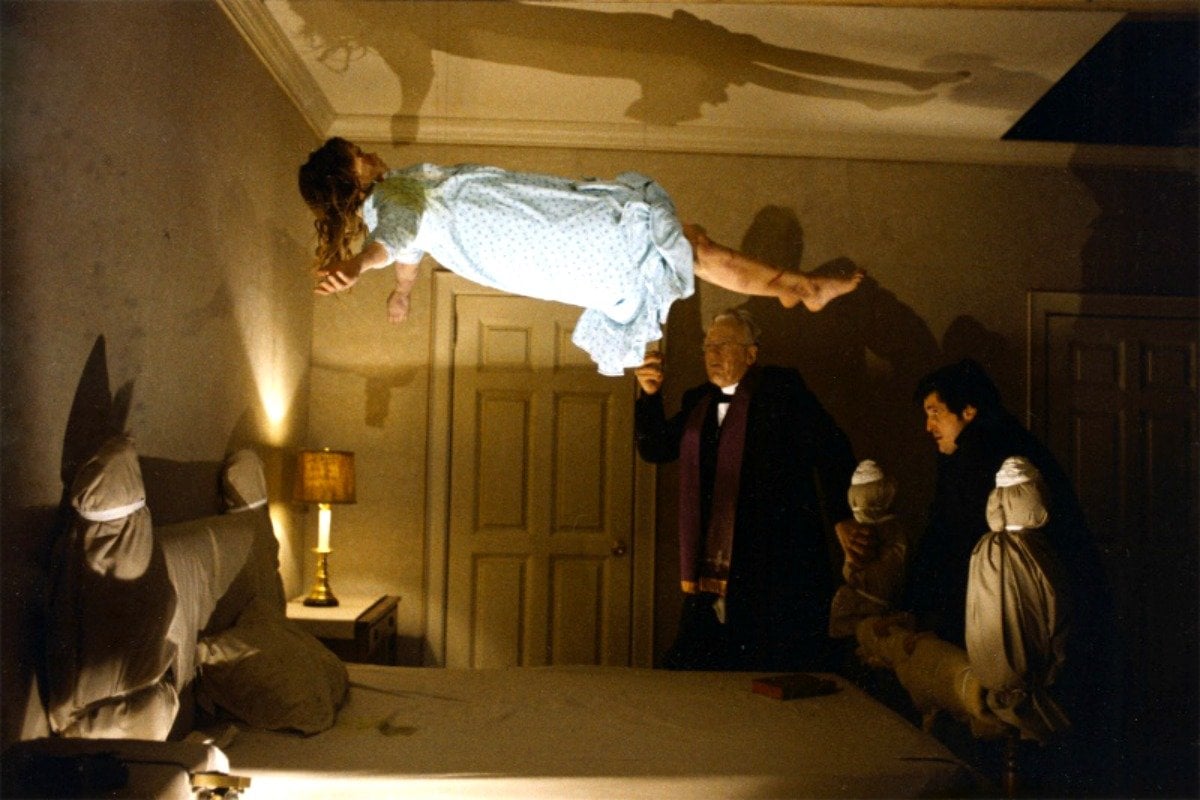 "The Exorcist is about a 12-year-old girl named Regan (Linda Blair) whose body is taken over by a demon." Image: Warner Bros. Pictures.

If I could somehow snap my fingers and erase some of my memories, I would chose to forget the night I watched the 2008 French film Martyrs.

The movie follows a woman named Lucie (Mylène Jampanoï), who suffered devastating childhood abuse and then slaughters the family she believes tortured her as a child.

It's one of those movies where I can appreciate the vision, but I wish I'd never watched it.

But this is a KIDS MOVIE I can hear you yelling.

Sorry, no, you are wrong. This a horror movie that people have somehow convinced themselves is OK to show to children, which makes it so much worse.

It's basically a movie where children are hunted, tortured and murdered and the adults cannot help them. It also contains the single most horrifying movie reveal I think has ever been committed to film.

It's horrific and I can't bring myself to write about it anymore.

Reply
Upvote
I totally agree about The Witches, I downloaded the audiobook recently and I couldn’t make it more than an hour in. It’s genuinely horrifying.
I also need to add Labyrinth to the category- I cannot believe anyone lets children watch that movie.
R
rush a year ago

Reply
Upvote
@cat Labyrinth is one of my favourites! I was 10 when it came out, just the right age. It is kinda creepy - honestly, the weird obsession the Goblin King has with Sarah is way creepier watching it as an adult. And the Helping Hands. But the music is bloody awesome, and, you know, David Bowie is the most iconic Goblin King ever!
R
rush a year ago

Reply
Upvote
1 upvotes
I'm not sure "cinematographic realism" is something I'm looking for in a movie called Cannibal Holocaust, tbh! Sounds vile. I understand the appeal of scary stuff like The Exorcist etc, but that kind of gore and violence i really don't get.
T
the wounded bull a year ago

Reply
Upvote
2 upvotes
@rush agree.  And especially given animals were actually tortured and killed to make it.  Should not even get oxygen.
C
cat a year ago