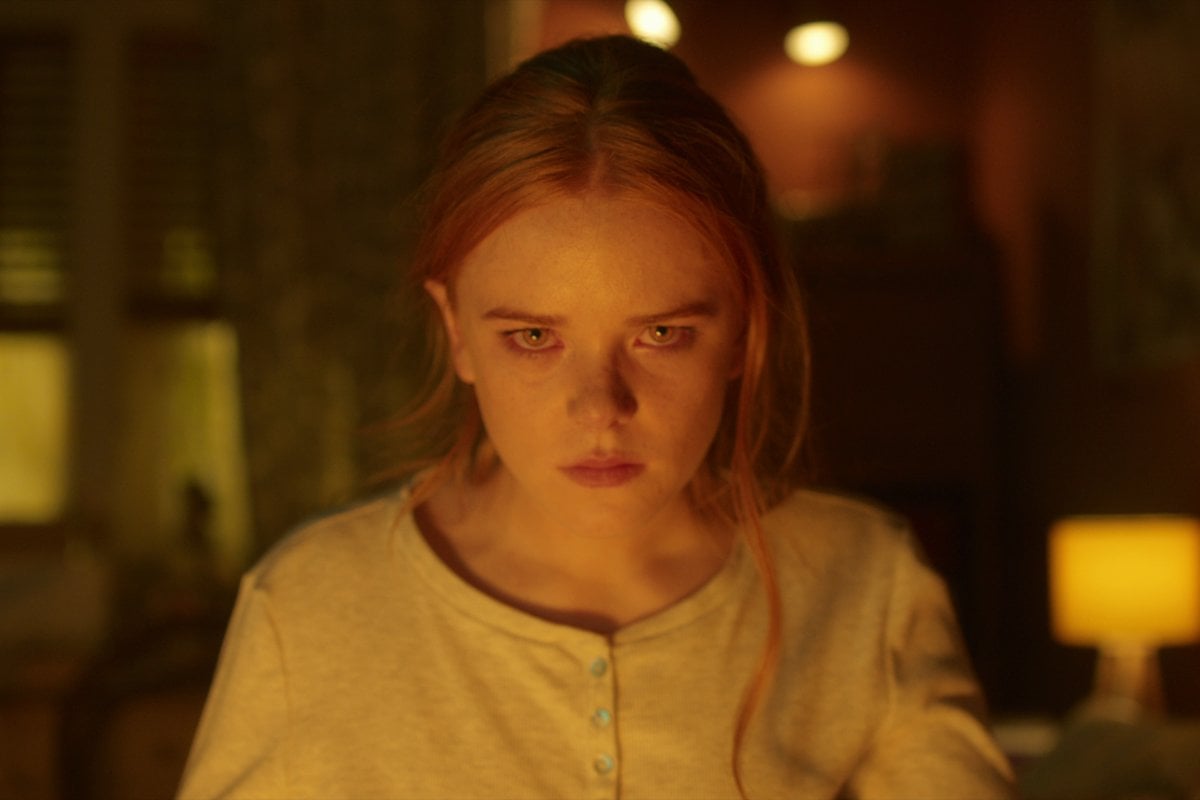 Within our world exists a multimillion-dollar TV empire revolving around the fact that sometimes, humans just need to watch some trash.

For most people this trash involves housewives hurling insults at each other, families with multiple children documenting their lives through selfies, and lining women up like cattle to receive roses from a man reciting lines from an earpiece.

But for me, trash TV consists of watching adult actors attempt to play teenagers in magical worlds where everyone makes poor decisions and plot inconsistencies are sprinkled about like a heavy helping of salt on avocado toast.

And apparently, I'm not the only one.

Which would explain how Fate: The Winx Saga, a "gritty" new series about angsty teenage fairies, topped the Netflix charts in the days following its relatively low-key release.

Fate: The Winx Saga centres on Bloom (Abigail Cowen) an apparently average (in TV terms at least) American teenage girl who discovers she is in fact a fairy (sans glittery wings, just like the rest of her kind) and in possession of some fiery magical powers.

Powers that first emerge following a fight with her parents over the removal of her bedroom door, causing her to accidentally set off an almighty blaze that destroys the family home and cooks the s**t out of her poor mother, who ends up with third-degree burns over her entire body.

The emergence of these powers leads her to be whisked away to Alfea, a fairy boarding school in an undisclosed magical location tucked away in another realm. Although pretty much everyone who dwells there appears to have a pretty strong  British accent. 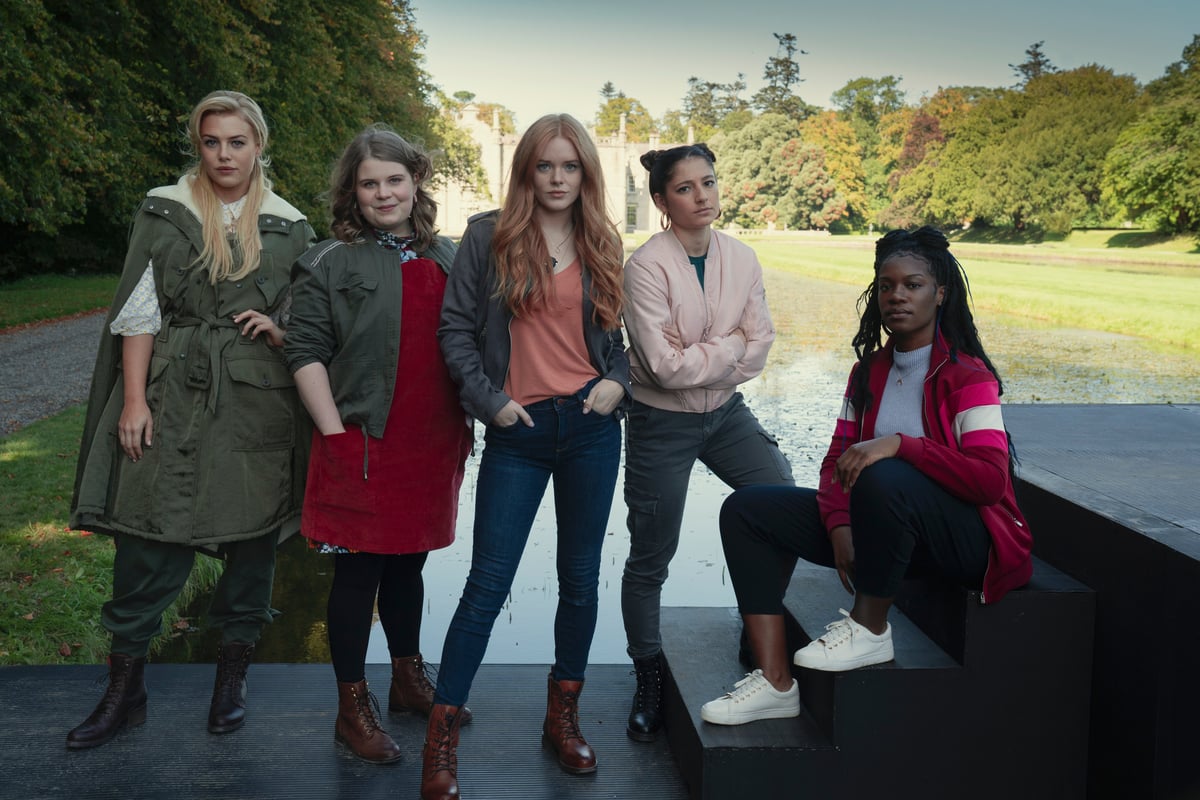 Fate: The Winx Saga is a "gritty" new series about angsty teenage fairies. Image: Netflix. There's not a whole lot to say about Bloom as a character.

Like many B-grade paranormal teen drama leads (here's looking at you, Elena Gilbert from The Vampire Diaries) she's left to be a bit of a blank slate in skinny jeans.

Her only true defining character trait is that she is desperate to discover the truth about her new life and so all of the supporting (and infinitely more compelling) secondary characters are incredibly interested in her for no reason other than it suits the plot.

Oh, and she discovers she is actually a changeling. A full blood fairy who was swapped with a human child at birth. A nasty fairy tradition that had apparently not taken place for decades, but is the reason why Bloom grew up unaware she was able to barbecue people with her mind.

When Bloom arrives at Alfea, she's less interested in the existence of literal fairy folk and more consumed with grumbling about the fact that she can't find her way around a magic realm which of course makes her irresistible to the resident popular boy at school Sky (Danny Griffin). Much to the jealously of Bloom's new suitemate, fairy princess/quintessential mean girl Stella (Hannah van der Westhuysen) who is Sky's ex-girlfriend.

This is the moment where I should mention that despite the fact there are deadly monsters called the Burned Ones lurking outside the school walls and slaughtering humans and fairies alike, these high school love skirmishes are still billed as the most pressing issue at hand.

Fate: The Winx Saga is actually a live-action reimagining of the Italian cartoon Winx Club, one of Nickelodeon's most successful shows, and a series most definitely aimed at a younger and more innocent audience.

By giving the series a sexy glow up, Netflix has tapped into a formula that has served them well in the past, most notably with Riverdale and then Chilling Adventures of Sabrina. Both wholesome, child-friendly properties which were given the "dark and gritty" reboot treatment before being slapped on the streaming service. 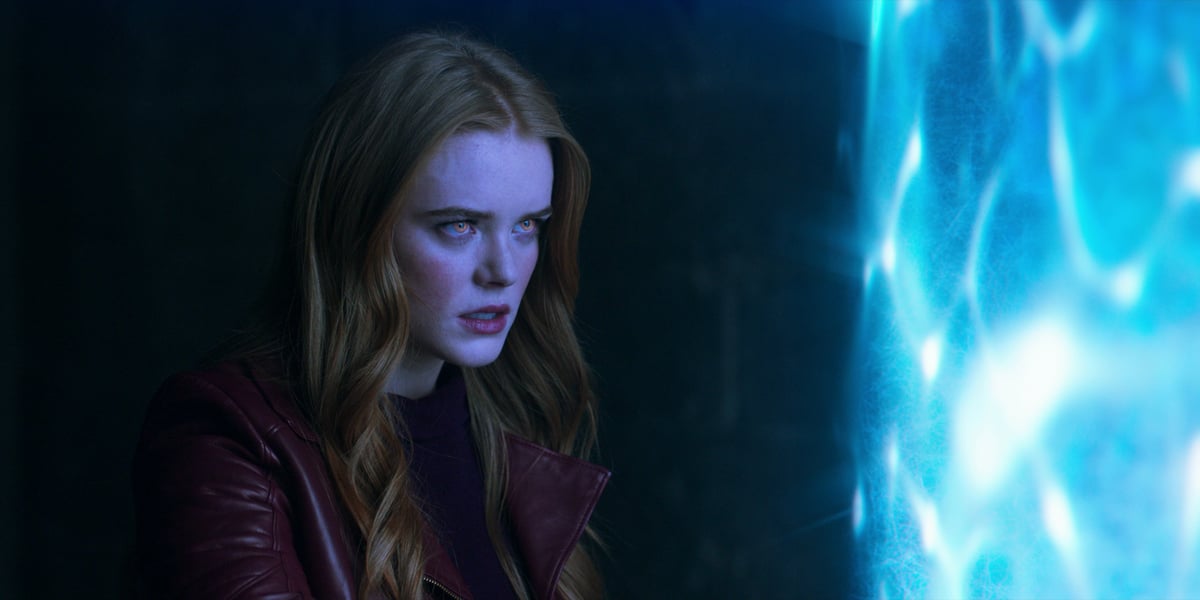 Abigail Cowen as Bloom in Fate: The Winx Saga. Image: Netflix. Due to the fact that Fate: The Winx Saga doesn't have a personality of its own, some reviewers have taken to likening it to other more successful franchises, such as Harry Potter.

But the only thing these two stories have in common is that they both take place in a magic boarding school and the two lead characters are awarded specialised saviour status at birth, with the supporting characters actually doing most of the grunt work.

I'd say it's closer to Pretty Little Liars meets Legacies with a sprinkling of Gossip Girl added in for an extra layer of cliché s.

Despite the millions of people watching it, Fate: The Winx Saga does not break any new ground. Nor does it provide you with characters to root for or storylines to get lost in.

What it did do was give me a much-needed push to examine my own life priorities and how I spend my time. And maybe that's worth the Netflix fee.

If you want to hear Laura say more on the topic of fairy teen dramas, then have a listen to her on The Spill right here.

All six episodes of Fate: The Winx Saga are now available to watch on Netflix.