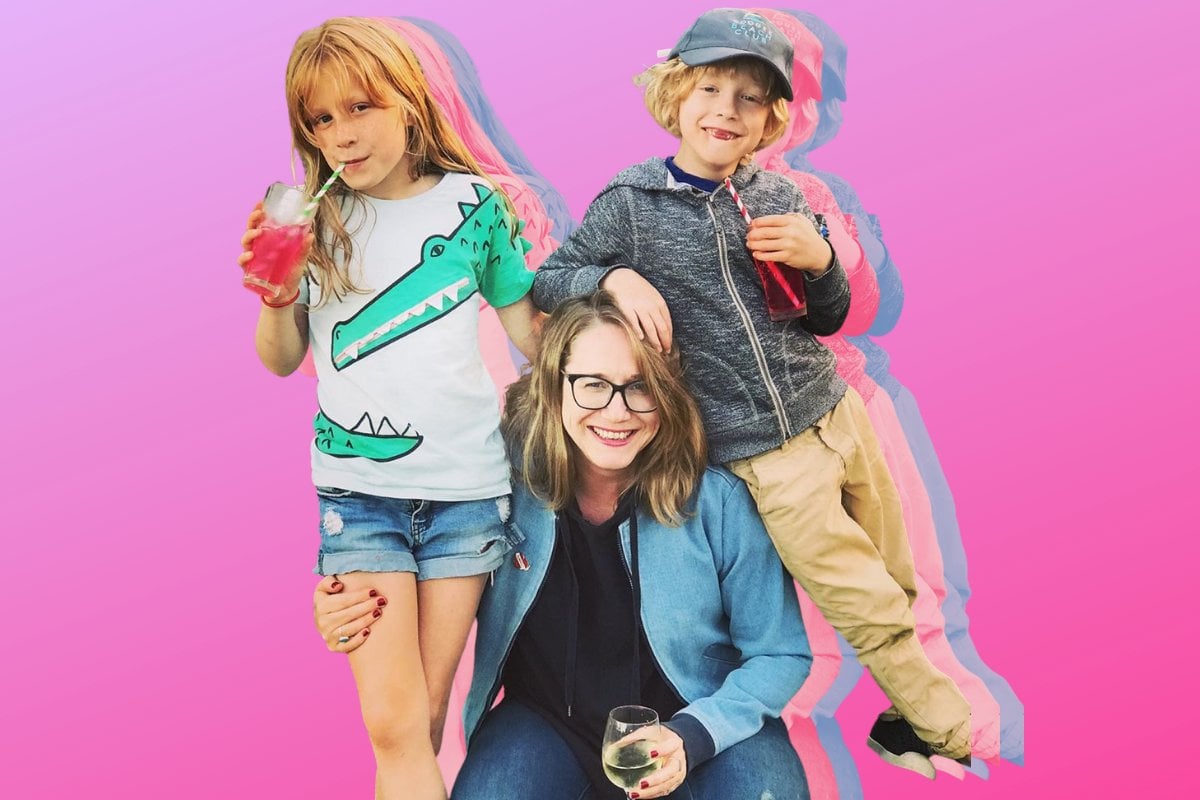 I have a friend with two teenagers who has never had "family dinner".

She (or her partner) just makes some food and leaves it in the kitchen for everyone to help themselves when they're hungry. When her kids were smaller, she just used to pile up a plate and leave it near them wherever they happened to be - on the floor in front of the TV, in the back garden next to the trampoline, outside their bedroom door...

She was updating me on family news while we were driving.

"But... togetherness," I said, helplessly, from the passenger seat. "Don't you have to have family dinner? It's... time to... connect."

I was repeating what experts I've interviewed over the years have told me. It's important, they say, as kids grow up, that families check in across the table every evening. Over healthy, home-made food. It's non-negotiable, they say. And so hard to actually make happen. Especially in a pre-COVID world, what with the rush home from the office, kids' sport and... life.

Pah, says my friend. "We connect at other times. I'm always driving them somewhere, we go for walks. If they need me, they certainly seem to find me."

In case you're wondering, reader, her kids seem great. They don't eat with their toes. They know how to have a conversation. They're not wasting away.

I have another mate who always, always has family dinner. Seven days a week. No deviations to eating in front of the TV on a lazy Saturday arvo, no excuses for not being there as long as your feet can carry you and your arms can lift a fork. She has three kids, a job, a partner who doesn't cook much. I have no idea how it happens.

"I was brought up like that," she says. "I need to look them all in the eye every night, make sure they're okay. And it's just... manners, isn't it?"

Reader, her kids are also great.

Family dinner is on my mind. Because I'm struggling to feed my son and last week, when I spoke to a specialist about how to tackle the fact my boy is a very particular eater who's much, much lighter than he should be, she told me to feed him early. Like, 4pm early. As a family.

The likelihood of a meal that everyone in my house might eat being on the table by 4pm is on par with the likelihood of me beating Donald Trump in the US Presidential Election.

I have one kid who doesn't eat meat, one who only eats about eight white or brown foods, a full-time job and a partner who's much keener on getting homework done (crazy, I know) and walking the dog.

Last week, Shane Warne's son was splashed across news sites for admitting he only eats 10 foods, and most of them are mashed potato.

It's a reality I can't imagine for myself, as I've rarely met a food I didn't want to eat, but it's pretty close to the number of acceptable foodstuffs my son Billy will consent to. And it makes every meal a battleground.

I'd rather avoid a battleground if I can. I'd rather let a distracted boy pick away at a plate while watching Teen Titans for the 14th time than sit there tracking every mouthful from his plate to his mouth.

I'd rather let my daughter eat on her knee on the couch than put up with 20 minutes of her rolling her eyes and sighing "nothing" when I ask her what the best bit of her day was.

I don't know about you, but when I put my kids in a situation where I expect them to share confidences, to allow me glimpses into the parts of their days that I'm not privy to, they would rather do almost anything else.

I'm much more likely to get be woken up with a hot whisper in my ear, "Mummy, yesterday, I felt so scared when..." at 5am. Or be asked, "Is it true, Mum, that some babies don't have parents?" on the walk to school, or challenged about the existence of God while we're out with the dog, or told a tale about a schoolyard fight while when I'm trying to do something that has nothing to do with them at all, like write an important work email. Or stare at my phone for five minutes.

But family dinner is sacred, right? You just have to do it. Everyone says so.

So we march to the battleground, frazzled from a work day on Mondays, Tuesdays, Wednesdays... By Thursday my will is wavering. By Friday, it's 100 per cent pizza in front of a movie.

Saturday... surely we can picnic it? Sunday? Well, I guess Sunday dinner is a Thing.

I'm beginning to think that Family Dinner, like so many other things about having kids, is not the one-size-fits-all essential that we've been led to believe.

We always ate dinner together as a family when I was a kid, apart from Fridays (take-away night) and Saturdays (TV dinner).

I have happy memories, and then I have memories of screaming teenagers, frustrated parents, uncivil debates.

Even a flung potato, once or twice (and not mashed, either). Was it essential bonding time? Perhaps. Was it stressful? Often.

I think, as we start on a new strategy to try to get my boy to expand his palate and pile on some pounds, I'm going to let go of the 'musts'. Because they haven't been working for us so far. Just like adding a carrot to his plate every day ("He'll give in and eat it one day," everybody says) for EIGHT YEARS hasn't worked for us so far.

Maybe I'll take a leaf out of my friend's book and just seed a trail of chicken nuggets from the iPad to the kitchen, and finish it with a carrot. That he can ignore, and throw at the dog.

And maybe that'll do for family dinner in our house.

Reply
Upvote
1 upvotes
We're a family that usually has dinner together. Growing up my family rarely did and my husbands always did. So we are somewhere in the middle.
One thing I think (not confirmed, no studies or anything, just me percolating) is MORE important, is that meal times shouldn't feel like a punishment! I have seen, too often, kids fed on the dinner table alone, early, miserable with a parent hovering in the background complaining about how much their child doesn't eat. Well, really - if I was sitting at a table alone with someone complaining about how awful I am within earshot, I wouldn't want to eat, either!
We may not always manage to have meals together, some might be hungrier than others earlier, other commitments may not make it work - but whatever your scenario is, I reckon making it feel comfortable and relaxed is more important than creating a battleground :)
J
jmdmwfmw 2 years ago