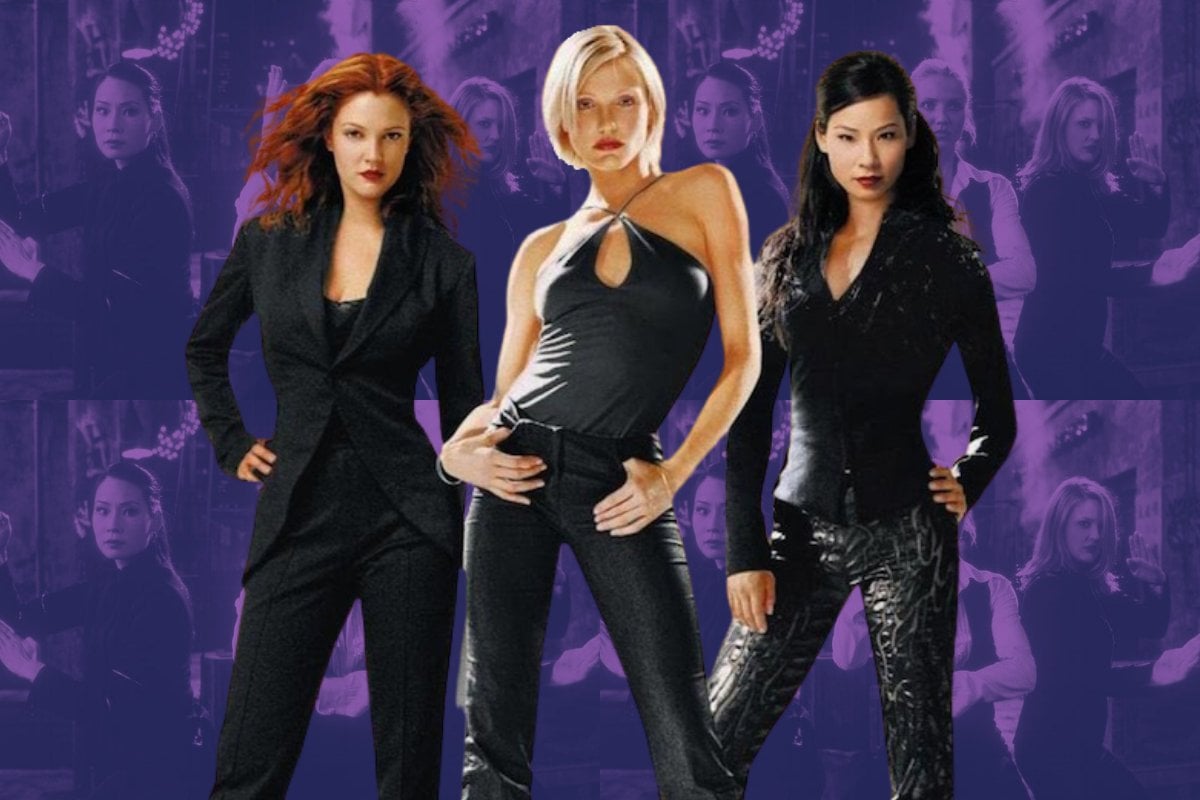 The film dominated at the box office and was followed by a sequel, Charlie's Angels: Full Throttle, and a 2019 reboot starring Kristen Stewart.

Watch the trailer for Charlie's Angels below. Post continues after video.

Behind every great film, there are behind-the-scenes tidbits that you probably didn't know about. Here are 16 from Charlie's Angels.

1. Lucy Liu had an alleged dispute with Bill Murray on set.

During an interview with the Los Angeles Times' Asian Enough podcast, Lucy Liu opened up about a moment on set where Bill Murray used "inexcusable and unacceptable" language towards her.

While the actress "wouldn't go into the specifics", she explained that one day when Murray arrived on set, after returning from a family gathering, he began to "hurl insults" that "kept going on and on."

"I was, like, 'Wow, he seems like he’s looking straight at me.' I couldn’t believe that it could be towards me, because what do I have to do with anything majorly important at that time?" she said.

"It was unjust, and it was uncalled for. Some of the language was inexcusable and unacceptable, and I was not going to just sit there and take it. So, yes, I stood up for myself, and I don’t regret it," she added. 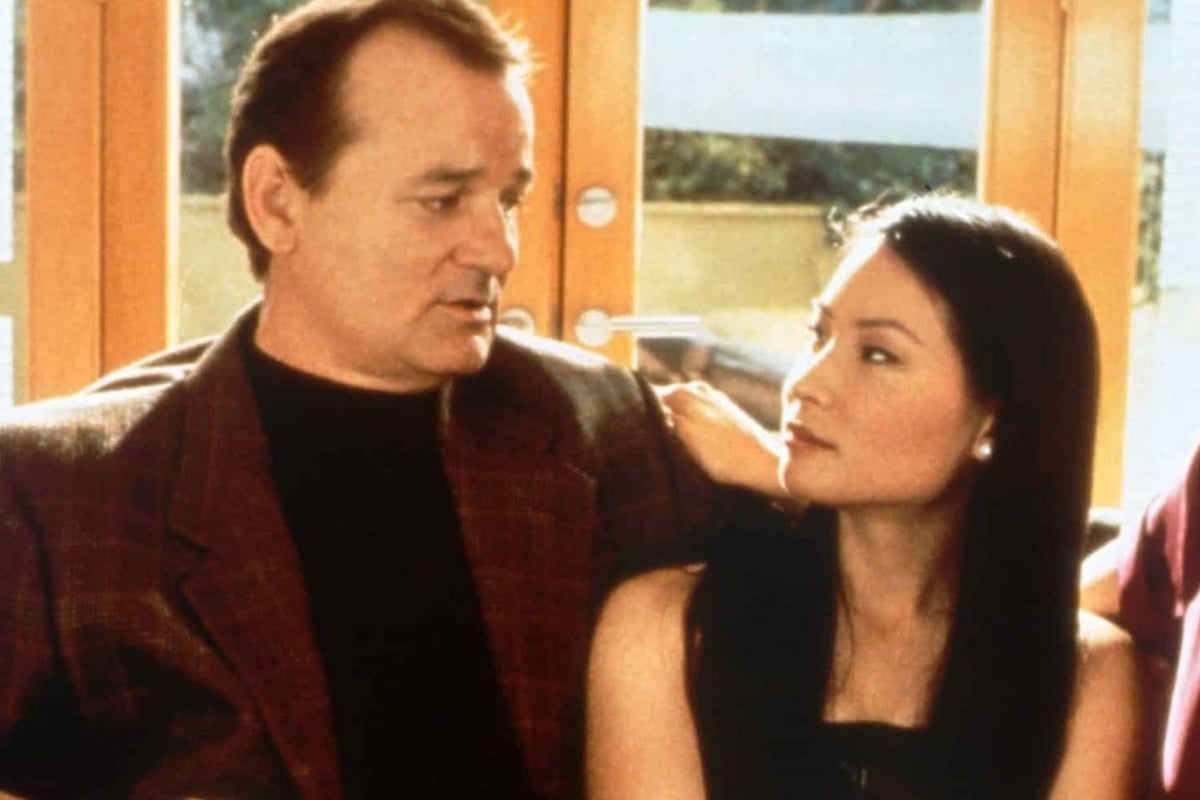 2. Drew Barrymore made millions from the films.

According to IMDb, Drew Barrymore, who produced both the first and second film, bought the screen rights to the Charlie's Angels television series prior to the movie being filmed, therefore earning herself an estimated $40 million for the first movie and a possible $80 million for the second.

3. She also insisted the Angels don't use guns.

As a producer, Drew Barrymore insisted that unlike typical action films where the "bad guys" use guns, the Angels would do their fight scenes without them.

4. Drew Barrymore immediately thought of Cameron Diaz for the role of Natalie.

When casting for the main roles, it was Drew Barrymore that suggested her long-time friend, Cameron Diaz, for the role of Natalie.

Speaking to The Morning Call, Diaz said: "Drew called me up and said, 'I'm doing Charlie's Angels and you have to do it with me.'"

"'She said, 'It will be girls jumping out of helicopters, driving fast boats, doing Kung Fu and wearing tons of hot clothes.' And I said, 'Sign me up.'" 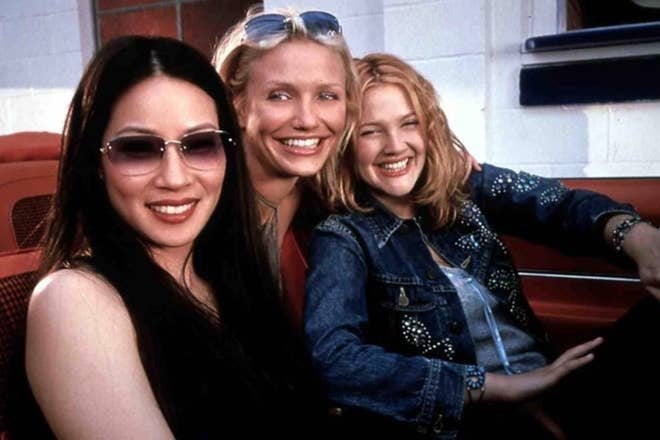 5. Other A-listers were reportedly considered for the third and final Angel.

"We saw a lot of great girls but the chemistry was missing," Diaz told The Morning Call. "And then Lucy came into the room and we just went, 'She's the one.'"

"When I met Lucy, I knew I found my sister," Barrymore added.

6. They tried to get the original Angels to make cameos.

Despite their best efforts, the Angels from the original 1970s series - Jaclyn Smith, Kate Jackson and Farrah Fawcett - declined to appear in the film.

Per The Morning Call, Jackson wanted to play the role of Vivian, the villain role which ultimately went to Kelly Lynch, while Fawcett wanted to be the new voice of Charlie (which was voiced by the late John Forsythe). However, Smith later agreed to a cameo role in the 2003 sequel.

"I had three months of ongoing discussions with them," Leonard Goldberg, who produced the original TV series, said.

"We offered them good money, and we offered to let them choose or design their own costumes, which they could keep. But it didn't work out."

7. Diaz was in poor physical health when she signed on.

In her 2014 book The Body Book, Cameron Diaz shared how she wasn't her best self prior to filming and training for the film.

"I was 26 years old. I had just quit smoking. I had poor eating habits. I had no strength," she wrote. "Then I was cast in the Charlie's Angels movie."

"The day I started martial arts training was a pivotal moment in my life in terms of my physical fitness. It was the first time someone showed me what my very own body had the potential to do. Before then, I had no concept of the extent to which my body could be trained to be that strong and capable," she added.

Ahead of their fight scenes in the film, the actors needed to know what they were doing. 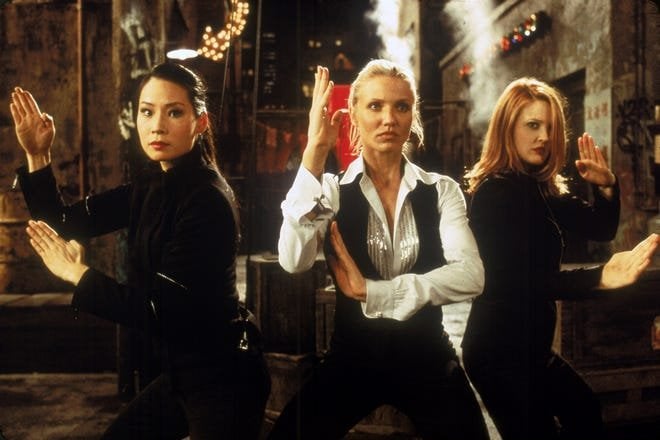 And as expected, it was pretty full on.

"We were so sore after our initial sessions that we went to Cameron's house, took a bath in Epsom salts, and cried," Barrymore told The Morning Call.

Like millions of others in the 2000s, Drew Barrymore was an avid reader of the Harry Potter books. And according to IMDb, Barrymore would read parts of the books to cast and crew during production.

10. They didn't plan on having love interests in the film.

When they first started planning for the film, Barrymore didn't want the Angels to have love interests. But later on, she changed her mind.

"Look, I'm sorry, girls want love at the end of the day," she explained to Elle.

"We want sisterhood, we want to have each other's backs and then we want to meet back up in the morning and talk all about what happened at night with the boy. It's what girls do!"

The actors that were cast as their love interests were Matt LeBlanc, Luke Wilson and Tom Green.

11. Barrymore and Green fell in love on set.

There was chemistry between Drew Barrymore and Tom Green on and off-camera. Speaking to DVD Talk, director McG shared how the couple fell in love on set.

"I had the good fortune of being there the day they met. And I'm such a knucklehead, I didn't really even notice the chemistry," he said.

"It's like both of them are like 'I was in love with you at first sight,' and I'm like, 'I didn't notice.' You know, they were like falling in love and I'm sitting there trying to talk to Tom Green about his show. I'm just like in space."

The pair married in July 2001 but filed for divorce six months later. 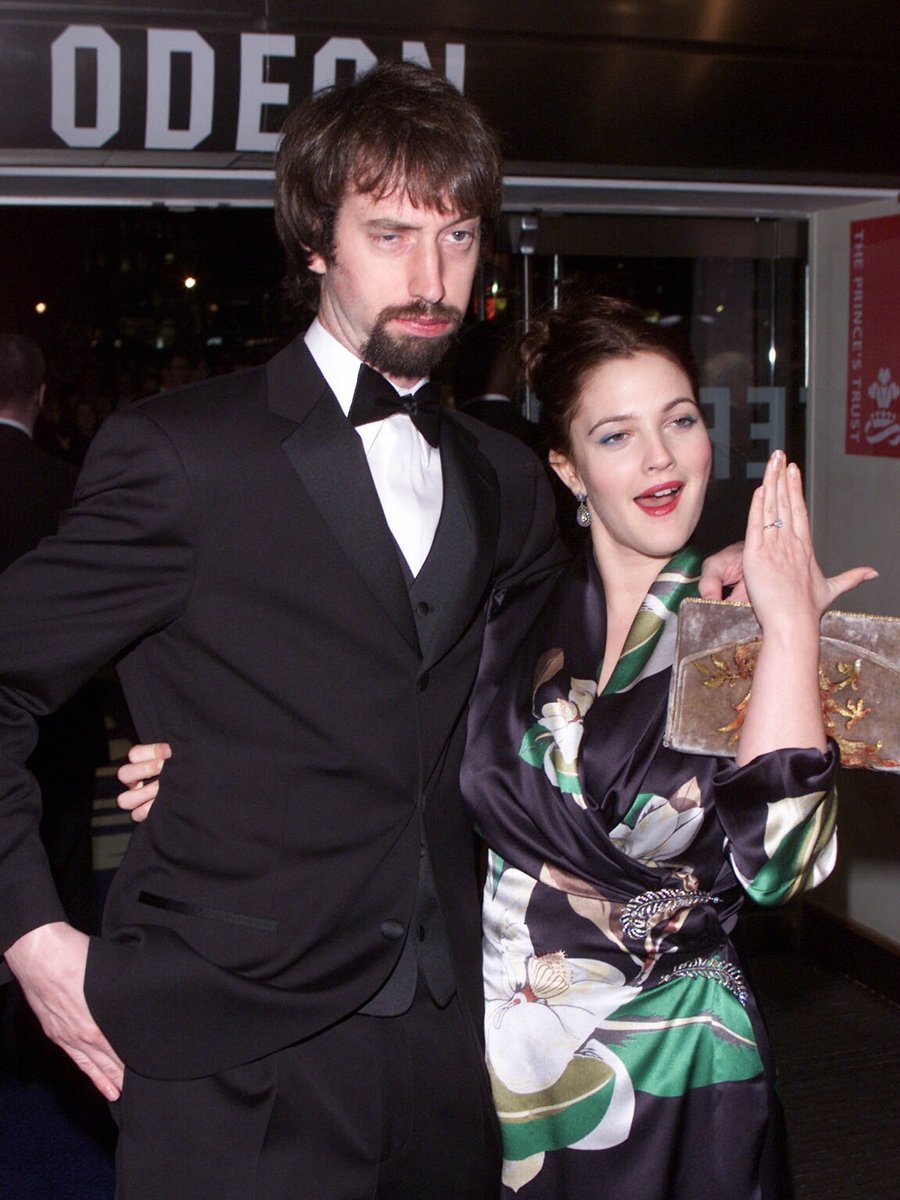 12. Tom Green was diagnosed with cancer during filming.

In March 2000, while filming the movie, Tom Green was diagnosed with testicular cancer. According to IMDb, Barrymore spent most evenings after shooting at the hospital with him.

Thanks to early discovery and surgery, Green fully recovered.

While all three main actors had major roles, none of them were paid the same.

Per IMDb, Cameron Diaz earned the most, taking home $12 million, while Drew Barrymore got $9 million and Lucy Liu received $1 million. 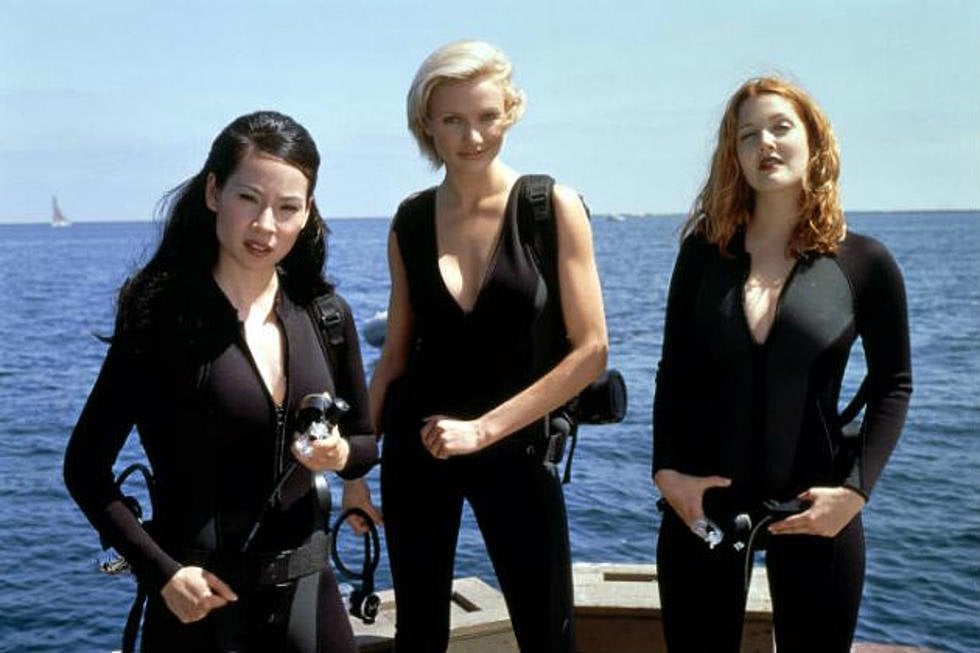 14. There were many rewrites of the script.

Ahead of filming, there were over 30 script drafts involving numerous writers.

15. Cameron Diaz helped design some of the costumes.

It sounds like the actors were pretty hands on with this film!

Speaking to Vogue, director McG shared how Cameron Diaz co-designed her outfits, including the outfit Natalie wears on her date to Soul Train.

"Cameron went absolutely nuts and had a really good time," McG said about her collaboration with costume designer Joseph Aulisi.

16. Bill Murray had issues with others on set.

Not only did Bill Murray have an on-set dispute with Lucy Liu, but he also had an alleged physical altercation with the director.

After portraying Bosley in the first film, Murray did not return for the sequel, with Bernie Mac taking over the Angel-minding duties. And according to McG, that was because of an incident on set where the actor head-butted him.

However, Murray fiercely denied those claims.

"That's bulls**t! That's complete crap!" he told the Times of London, according to Entertainment Tonight.

"I don't know why he made that story up. He has a very active imagination. No! He deserves to die! He should be pierced with a lance, not head-butted."

Reply
Upvote
Imagine trying to defend headbutting someone by saying he should die by piercing his head with a lance....seems to me he himself has an active imagination.
M
mamamia-user-482898552 a year ago