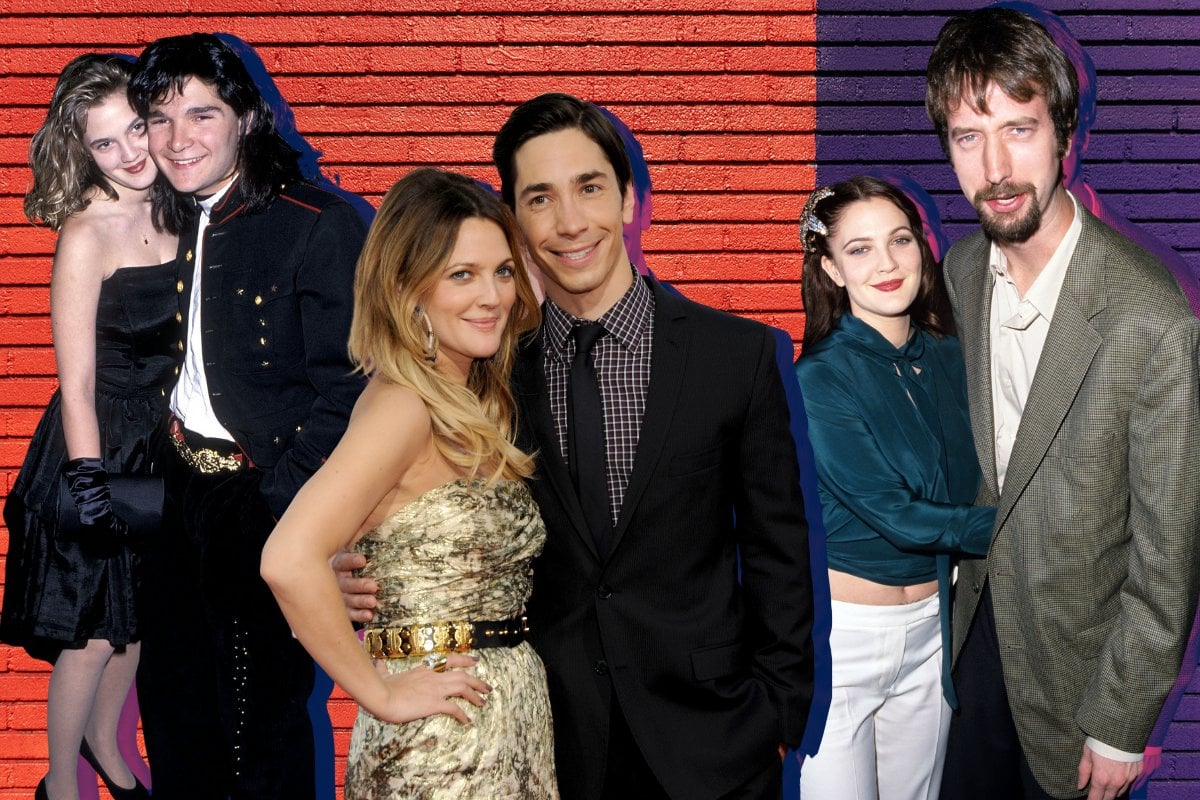 Drew Barrymore is a busy woman: She's an actress, a talk-show host, mother, business owner and creator of our favourite beauty content on the internet.

But if there's one thing she'll never be too busy for, it's her family and friends.

In February 2021, Barrymore marked Valentine's Day with a gallery of photos on Instagram featuring throwback photos with famous pals like Cameron Diaz, Gwyneth Paltrow and Nicole Richie, plus a rare glimpse into her life co-parenting daughters Frankie and Olive with ex-husband Will Kopelman.

Growing up with Drew Barrymore. Post continues below video.

In the since-deleted image, Barrymore, Kopelman and their daughters are enjoying smores on the beach.

"#REMEMBERCLOSENESS is an unused hashtag. Let's fill it TODAY!!!!" she captioned the post, encouraging her followers to share photos of their own loved ones.

"I miss my galentines and family and CLOSENESS today. Let's remember the times where we didn't think about cramming in! Smooshing. Snuggling. Nuzzled and cozy and free.

"I need these reminders because it's all becoming a surreal blur and I can't take it… These pictures are my treasures. And I just needed to put them out to try and get something positive started that reminded myself of how we used to love and live." 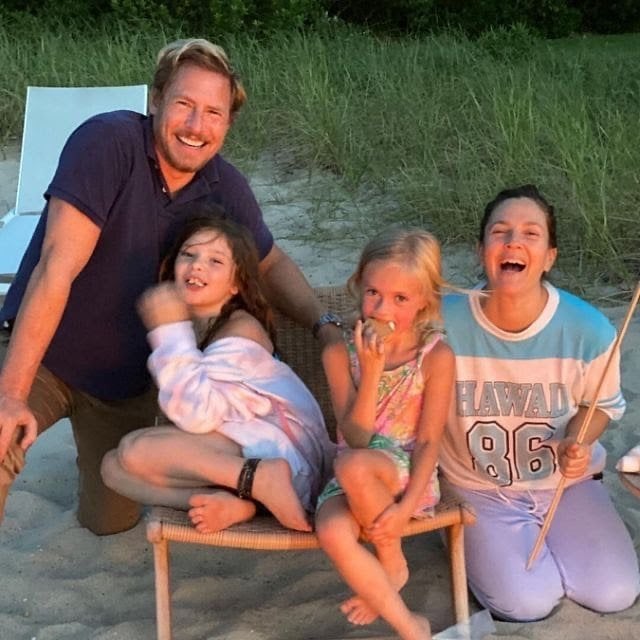 In September 2020, Barrymore said she had no time for dating.

During a chat with Jane Fonda on her talk show, The Drew Barrymore Show, Barrymore, 45, said she could relate to the 82-year-old Oscar winner, who has "sworn off men."

"Recently you said that you were swearing off men," Barrymore said to Fonda. "Can I please talk to you about this? Because I think I'm there and have been there for the last five years. Why am I here, why are you here, what's happening?"

Fonda said Barrymore was too young to be swearing off anything, saying she'd realised her life was fulfilling enough without a romantic relationship.

"Who has time?" she asked, which Barrymore passionately agreed with.

"I'm not closed for business but I have been in exactly that mentality for the last five years thinking, I just don't have the bandwidth, I just can't fit it in."

"Well, you can squeeze a little affair or two in there. I'm all for it," Fonda responded.

"Who has time?" 😂 💁‍♀️ @JaneFonda and Drew discuss swearing off men and leading full lives TODAY on the show. Check local listings. pic.twitter.com/aLAshKJNjo

Barrymore has been single since her divorce from her third husband Will Kopelman in 2016. Together, they co-parent seven-year-old Olive and six-year-old Frankie.

The former child star's first public relationship was in 1989, confirmed when a 14-year-old Barrymore attended the Oscars with then-boyfriend Corey Feldman. 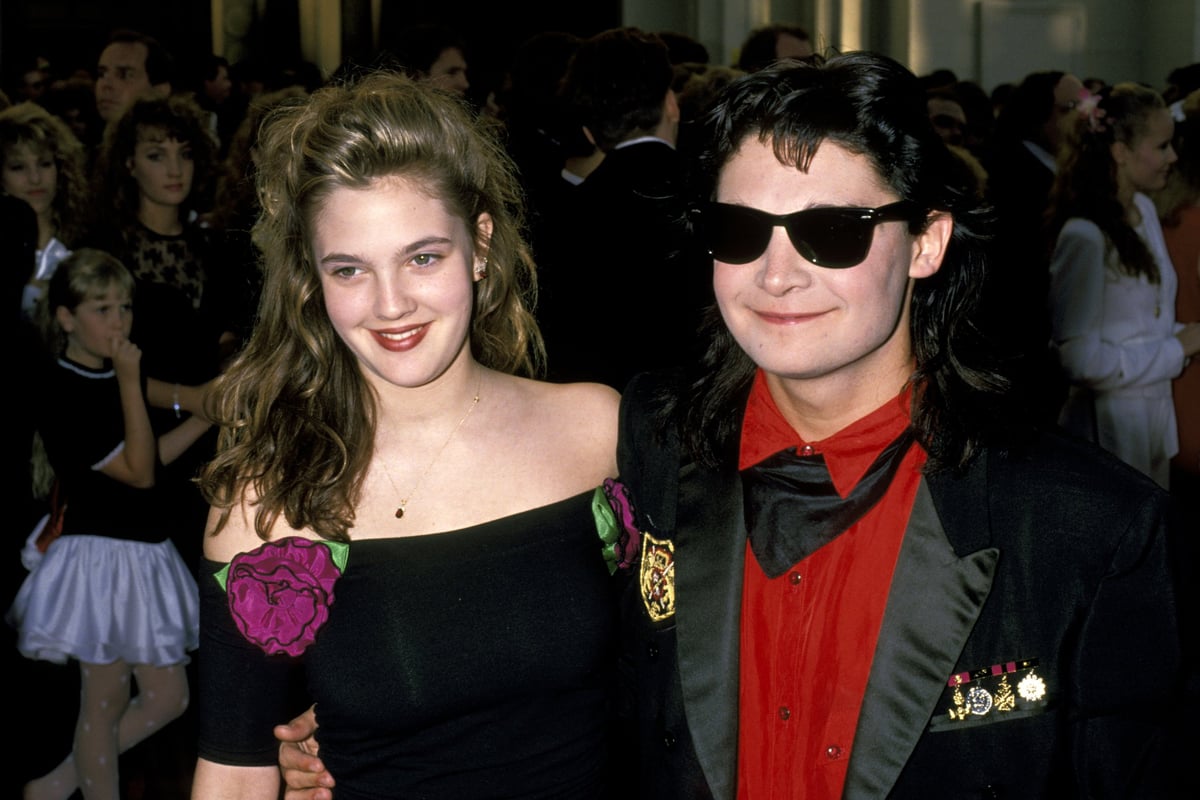 Barrymore and Feldman at the 1989 Academy Awards. Image: Getty. By 1991, Barrymore, then 16, was engaged to boyfriend Leland Hayward, namesake and grandson of Hollywood producer Leland Hayward. The engagement was called off after a few months.

The following year she got engaged to actor Jamie Walters. Walters photographed her nude for the cover of the July issue of Interview magazine; she also appeared nude in pictures inside the issue, despite being only 17. Their engagement ended in November 1993.

Barrymore met her first husband, Welsh-born LA bar owner Jeremy Thomas, in early 1994. She was 19 and he was 31 when they called a 24-hour minister to marry them at 5.30am, after a friend of Thomas joked about it.

The marriage swiftly ended - after only 19 days, according to Radar Online.

"I realised my mistake on the day I married him," Barrymore has said of the relationship.

After her divorce, Barrymore was introduced to Hole guitarist Eric Erlandson by her then best friend Courtney Love, and the pair dated for about a year from 1995-1996. 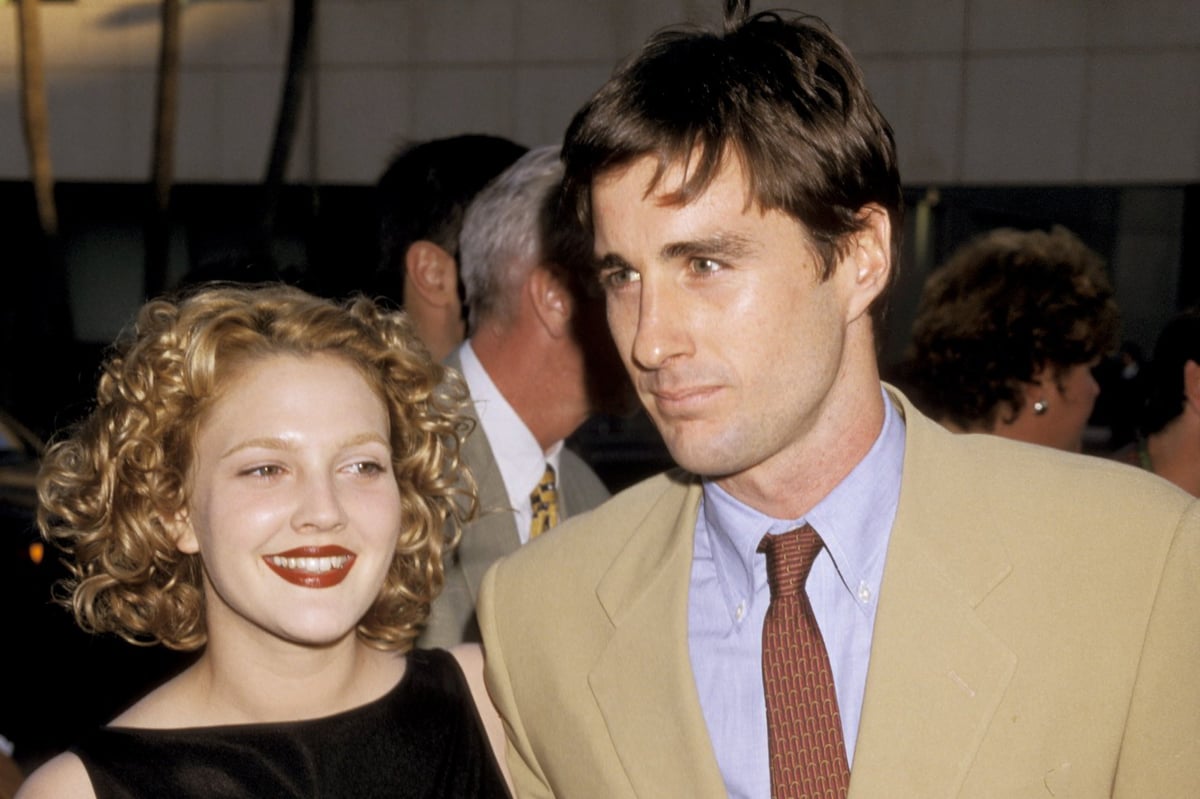 "From the moment I saw him, I realised he was the most incredible person I’d ever been so fortunate to meet," she told People magazine in 1998.

They dated for about two years, breaking up just before they were set to star alongside each other in Charlie's Angels, which Barrymore also produced.

It was on the set of Angels where she met her next love: comedian Tom Green.

Throughout their relationship, the pair were known for their pranks, including one on Saturday Night Live where they pretended they were about to get married, before Barrymore left him at the altar. 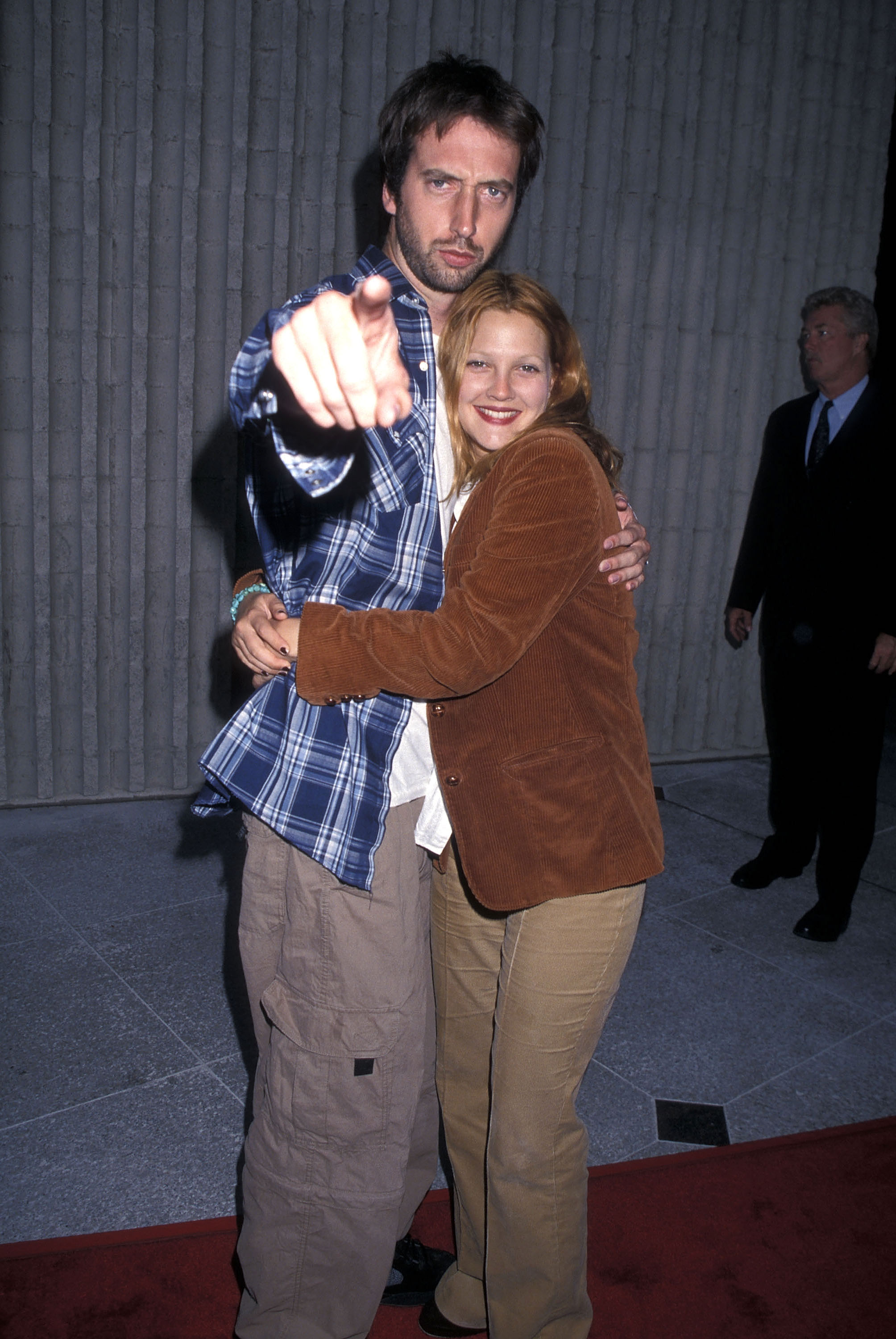 They married in March 2001 and Green filed for divorce in December that same year, citing "irreconcilable differences".

In 2017, Green described the marriage as "part of that sort of crazy, whirlwind of a time," confirming he hadn't spoken to his ex for "many, many years" and was "really happy that she's doing good."

The following year he said their relationship went through a lot of pressure.

"I was probably new to show business... I'd just gone through cancer as well - I had testicular cancer - so it was just probably a lot of stresses."

In 2003 she stated she was bisexual in an issue of Contact.

"Being with a woman is like exploring your own body, but through someone else. When I was younger I used to go with lots of women. Totally - I love it."

In March 2007, former magazine editor Jane Pratt shared on her SiriusXM Satellite Radio show that she had an affair with Barrymore. 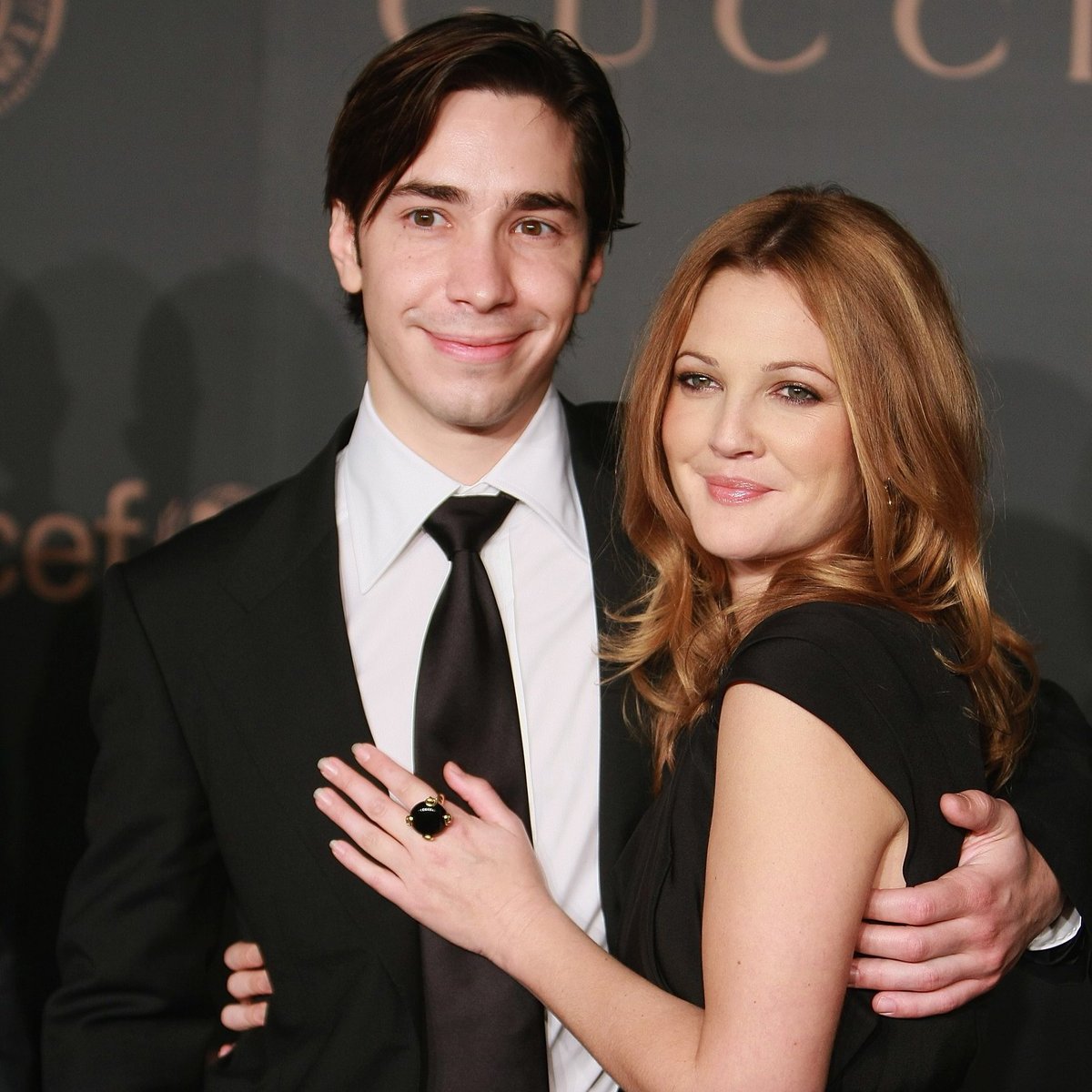 In August 2007 Barrymore began dating actor Justin Long, who she starred with in Going the Distance and He's Just Not That Into You.

Despite breaking up in 2010, the exes are still on good terms, according to a 2018 interview by Long.

"We are in touch. I love Drew," he told US Weekly.

In March 2020, Paper Magazine posted a series of pictures of Long on Instagram with the caption: "Might get fired for this but. F**k it. Justin Long appreciation post."

Love to see it. #CommentsByCelebs

Soon after, Barrymore commented: "Your [sic] not wrong! He's great."

Long replied: "Ah what do YOU know?!"

In 2011, Barrymore began dating her longtime friend, actor and art consultant Will Kopelman. They got engaged in December 2011 and married in California six months later.

Barrymore was pregnant with their eldest daughter Olive at the time.

They went on to have another daughter, Frankie, in 2015. 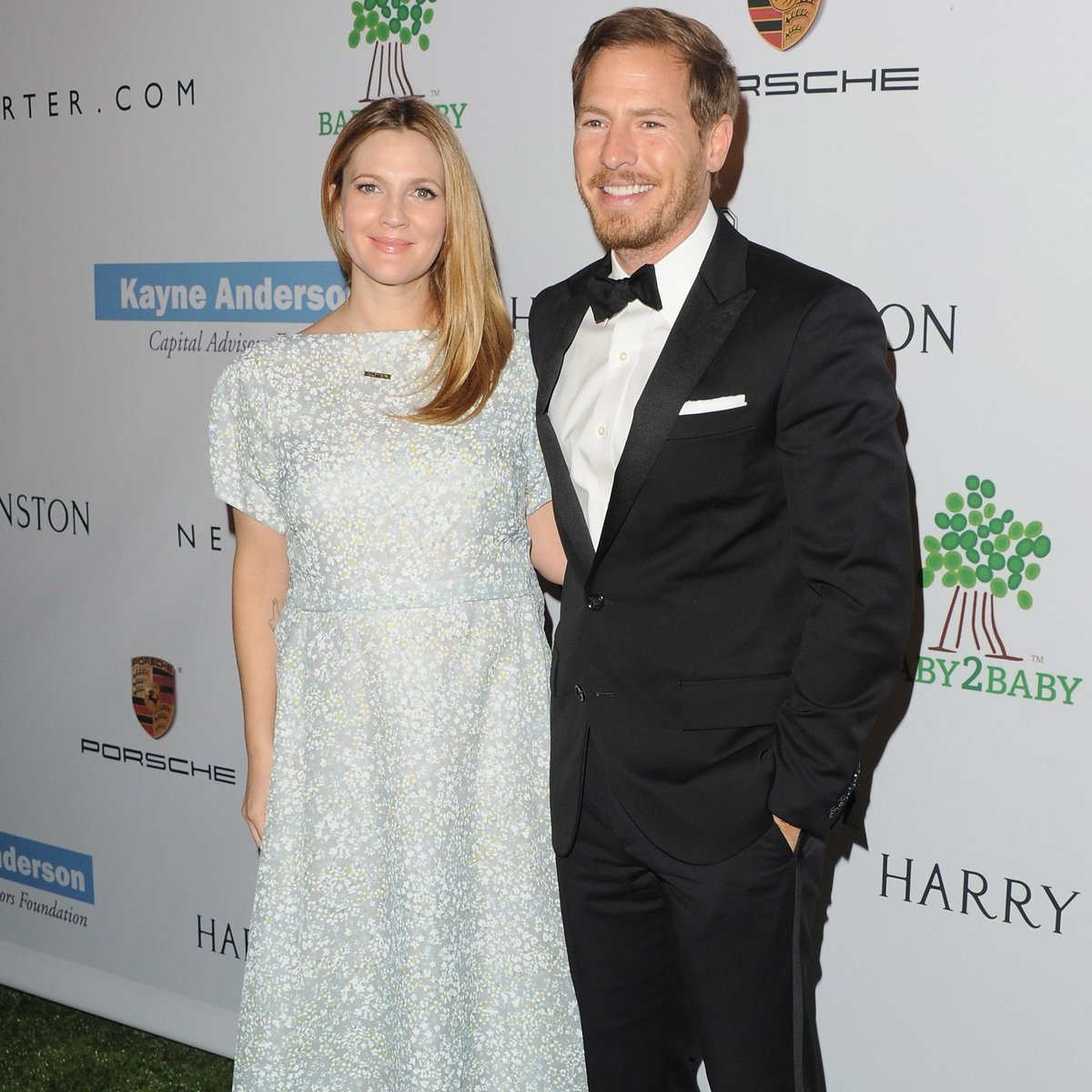 A pregnant Barrymore with Kopelman in 2013. Image: Getty.

"Honestly, I don’t know how it is for other couples but really I like watching him be a father," Barrymore told People following Frankie's birth.

"I know everyone says you're supposed to put your coupledom first. But I really love it being all about the kids. Maybe that's my compensating for not having parents myself or a childhood but right now, the focus is about how we’re figuring things out as parents."

Barrymore, who has been acting since she was a baby and grew up in Hollywood, surrounded by drugs, alcohol and a complicated family life, wanted to give her daughters a different kind of childhood.

"I so wanted to raise kids in this ultra-traditional way and do everything the polar opposite of my experience. You can talk until you’re blue in the face, but kids watch what you do every single day of your life, all day long, and that behaviour and that example and that love and community and honesty is what's making everything feel safe for my kids," she said during an appearance on The Ellen DeGeneres Show in February 2017.

She and Kopelman announced their plans to divorce in April 2016 after nearly four years of marriage. 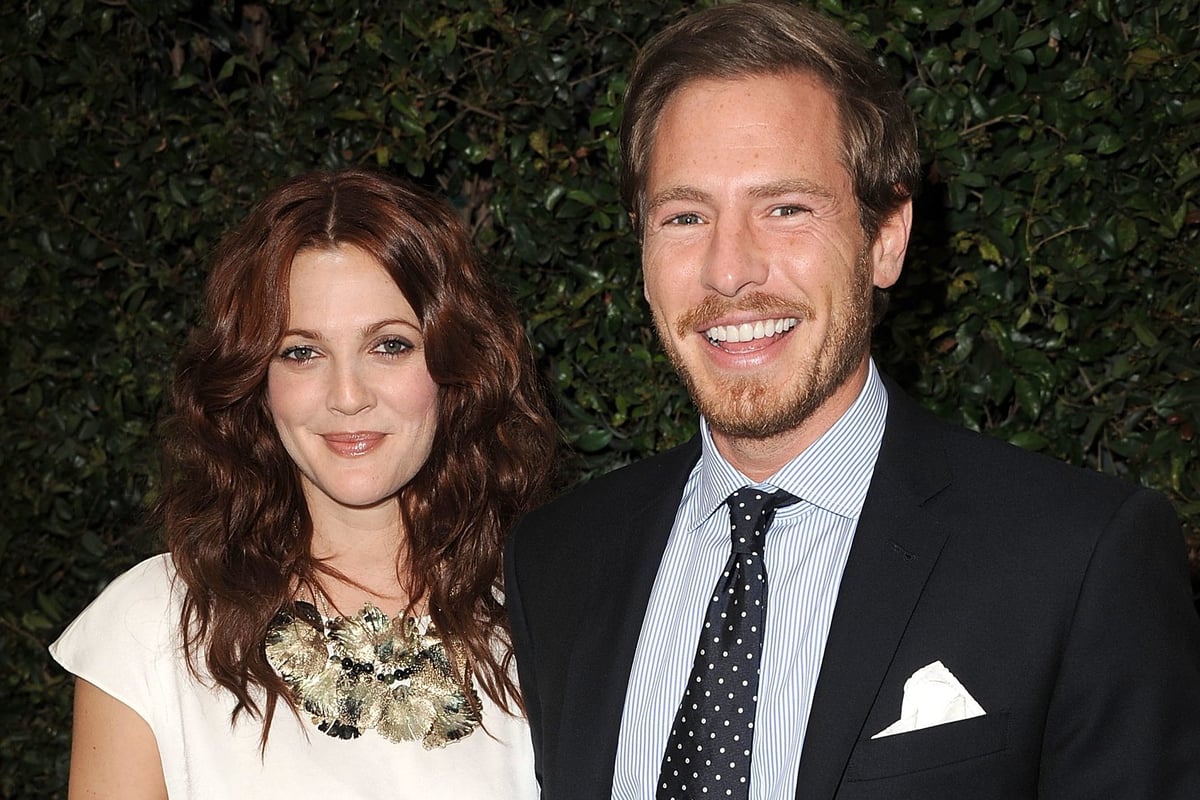 "Divorce might make one feel like a failure, but eventually you start to find grace in the idea that life goes on," their statement said.

"Our children are our universe, and we look forward to living the rest of our lives with them as the first priority."

At first, Barrymore said she struggled to come to terms with the divorce.

"I put in my statement about divorce the word 'failure' because it's so honest," Barrymore explained on Chelsea Handler's Netflix talk show a month later.

"It's a tough time. It’s a hard thing to go through. It's like you’re being put on a cheese grater and every second, going, 'Ah! This wasn't the plan!'"

Since their split, Barrymore and Kopelman have maintained a close relationship and co-parent their daughters, who they mostly keep off social media and out of the public eye. 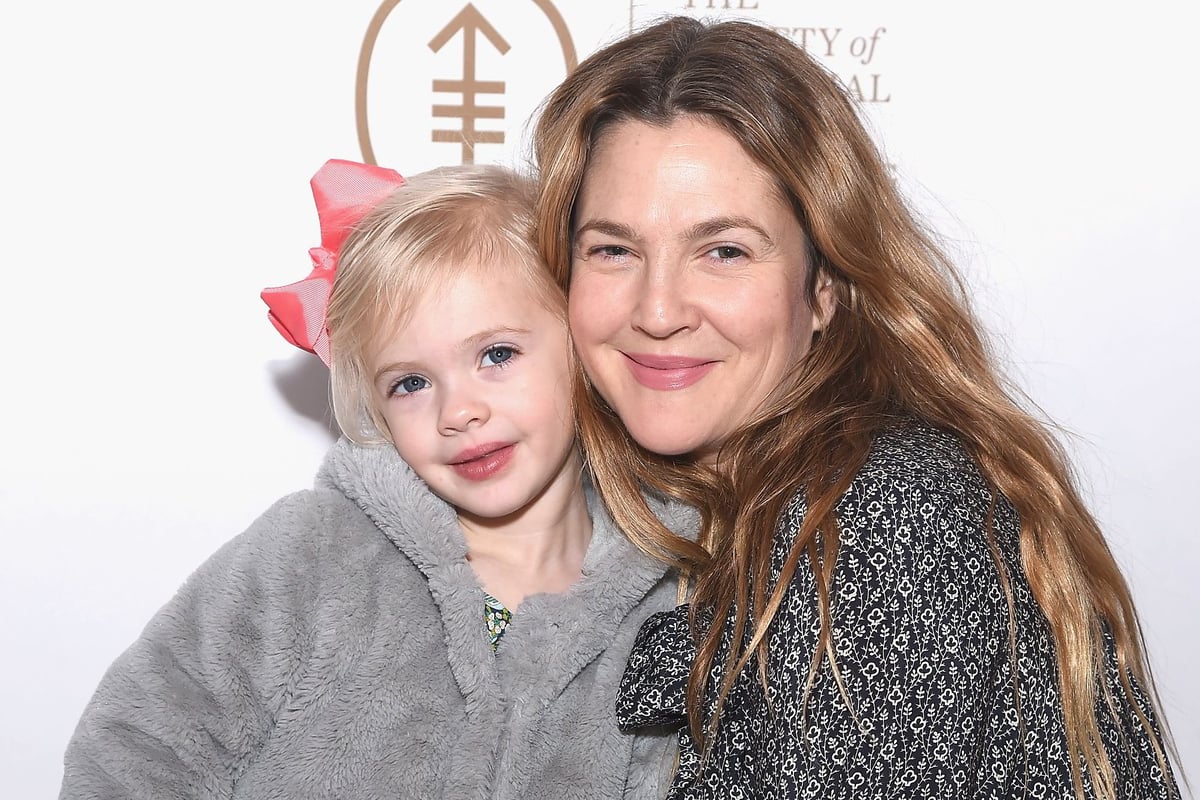 Barrymore and Frankie in 2017. Image: Getty.

She has spoken about the different boundaries she has for her own life, compared to her daughters' lives.

"My life with my children, my feelings, that's all on the table - but [Olive and Frankie themselves] are not," she told People in 2020.

"Because of my life experiences, I'm not selling my brand on my kids. I won't do it. But to ignore that part of my life would make me an automaton. So it's really inventive to figure out how to bring them into the omelet and fold it in, in a way that feels appropriate for me."

In December 2017, Barrymore wrote about co-parenting in an Instagram post that she "would do it all over again" if given the chance.

"Will and I continue to marvel at what we made and try to be the best co-parents we can be. It's not always easy and the point is... nothing in life is. But it doesn't mean that any bitter outweighs the sweet!"

In conversation with TV host Willie Geist on The Drew Barrymore Show, she did admit she feared for her daughters after their split.

"I think that's why I took [the divorce] so hard," she explained of wanting to keep her family together.

"I was, like, 'Oh, the ultimate promise I wanted to make with you and for you was to have this amazing family. And I found them. And there's something not working that isn't livable. How tragic is that?'

"But, the good news is that his family and I sort of made the most important choice: to be so together and united and connected," Barrymore continued. "That's, I guess, what they call family. I know from not growing up with any family whatsoever that that was the last thing I wanted to do for my daughters."

In 2018, Barrymore told Entertainment Tonight she'd given dating apps a go, but it didn't work out.

"I got off [dating apps]. It was fun to try though. I've been working out there in the public since I was young so that myth of the blind date eluded me and I always wanted to do it so that was like a dating app for me," Barrymore explained.

Earlier in 2020 Barrymore told People she is a "hopeless romantic", but she'd never marry again.

"Everybody on this planet needs love in some form," she said. "And we are constantly contending with relationships. Love and those relationships may look differently for people. But it's there at its core. So, I can't help but want to explore and examine that," she said.

"And I also believe people should not say the word 'never,' and I will never, with a capital N-E-V-E-R, never get married."

She said divorce was different to a standard breakup.

"I never want to be entwined with someone like that again ever.

"You break up, and you move on. You get divorced, and it's just so different. I love that we are trying to hold on to an institution that [started] when the closest person to you for companionship was a three-day horse ride away and your life span was 30 years.

"It doesn’t mean that maybe I wouldn’t like to meet someone, especially when my kids go off to college," she says. "Or a year from now, I could be totally in love. I’m open to it; I’m not seeking it. My cup runneth over. I have so much love in my life."

This article was published on September 2020 and has been updated on February 16, 2021.