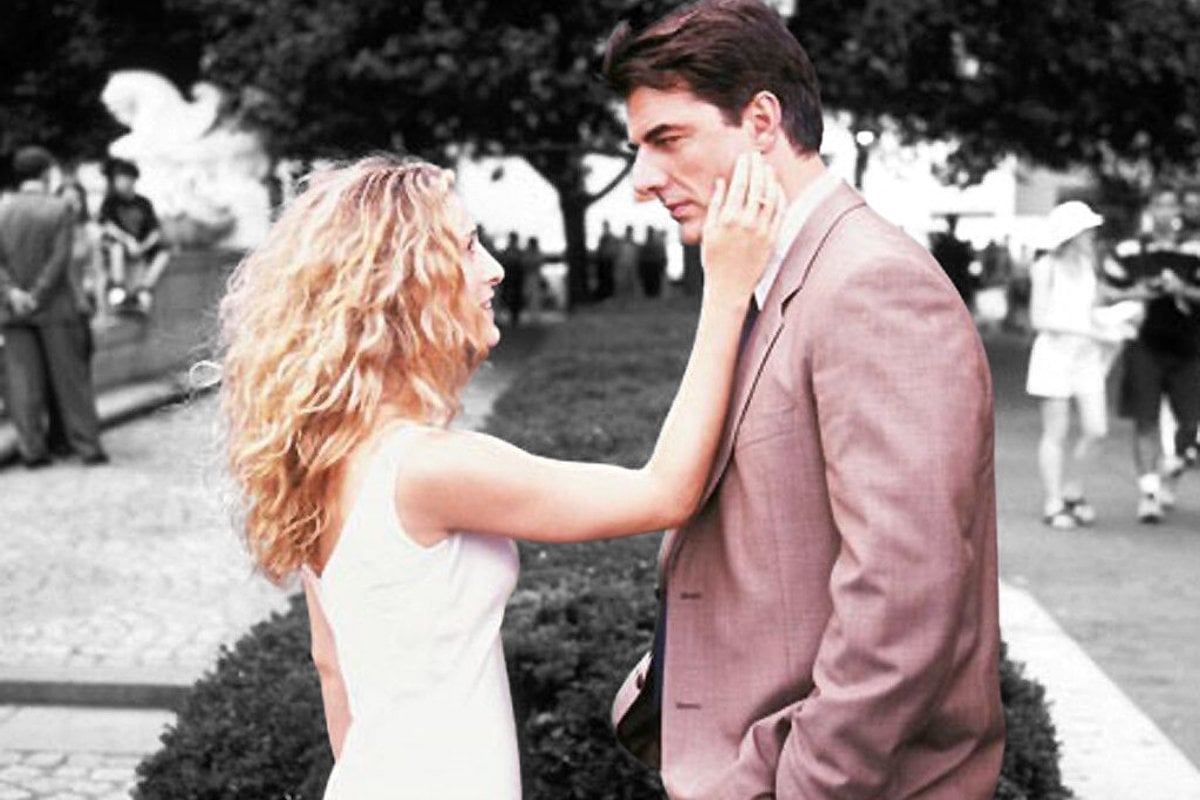 I, like a large chunk of the planet, tuned in to watch the premiere of And Just Like That - the much anticipated reboot of Sex and the City.

While I was keen to soak up the nostalgia and check back in with the characters I haven't seen on screen for 12 years, there was one line in particular that I haven't been able to get out of my head. And it was a line muttered at Big's funeral by one Susan Sharon.

"Am I the only one that remembers what a prick he was to Carrie?"

Cue: A super-cut of all the moments Big was absolute trash.

For those who are drawing a blank, let me take you for a walk down a little street in Manhattan called 'Memory Lane'...

From the get-go, Big calls Carrie 'Kid', referencing their age-gap and Big's dominance in the power dynamic. Patronising nods to Carrie's inexperience with money, career and life in general are peppered throughout their relationship, making 'Big undermining Carrie' a constant plot point in Sex and the City.

There was also a lot of denial and deflection in their relationship - with Big refusing to introduce Carrie to his mum, and then when she does meet his mum, Big refers to Carrie simply as his "friend". This minimising of the seriousness of their connection snowballs when Big physically hides their relationship from his wife, who's he's cheating on with Carrie.

Then there was the Paris saga. The one where Big tells Carrie that he's relocating to France and invites her along, before backpedalling and saying, "I don't want you to uproot your life and expect anything." As if moving to another continent could ever be classified as casual.

Their whole dynamic was built on the foundation that Big called the shots and Carrie tagged along: A primed breeding ground for an on-again-off-again relationship.

... But that's what we stayed for, right? We soldiered through episode after episode, movie after movie, to see if Carrie got to end up with her 'Mr Big'.

Listen to this episode of Mamamia Out Loud, where Mia, Jessie and Holly share their thoughts on the SATC reboot. Post continues after podcast.

And it's the same thing we did with Chuck and Blair in Gossip Girl, Ryan and Marissa in The O.C., Lize and Charles in Younger, Meredith and McDreamy in Grey's Anatomy.

It's a tried-and-tested formula. Two lead characters tease a relationship season after season, all while showing you that they're really not well suited, but the romantic tension is so strong, you end up rooting for them anyway.

This method allows for toxic traits and damaging dynamics to play out on screen - sometimes without us even noticing. We end up excusing gaslighting for 'different life stages', brutal breakups as 'lovers tiffs' and violence as 'proof of passion'.

But the truth is, real love is rather comfy.

It's being flexible when your in-laws are in town. It's letting them watch their terrible TV shows while knowing in the pit of your soul that you're going to make them suffer through another episode of Love Island very soon. It's not staying up talking through the night, it's falling asleep in your chins in a wonky position on the couch. It's co-ordinating social schedules, being nice to each other's friends (even when they're pants), and it's driving to the petrol station at midnight because you both just really fancy a KitKat Chunky.

As far as I've seen it, the aspirational relationships that exist in reality aren't hot-headed, can't-keep-your-hands-off-each-other, oh-we've-broken-up-again and yeah-we're-back-together ones. Perhaps because these are terrible people to try to organise a dinner with, but also because those relationships aren't sustainable.

They are all-consuming, burning bright, big, massive, overwhelming things, until the moment that they... aren't. Because 'passion' like that doesn't last a lifetime. In fact, it barely ever lasts a year.

And perhaps that's why And Just Like That killed off Big.

Because otherwise he and Carrie would have had to fizzle off, cheat, or burst into flames. Because championing a relationship built off very little common ground and overstuffed with problematic interactions is hardly the foundation for a modern day rom-com. Because perhaps Big should have never been Carrie's 'endgame'.