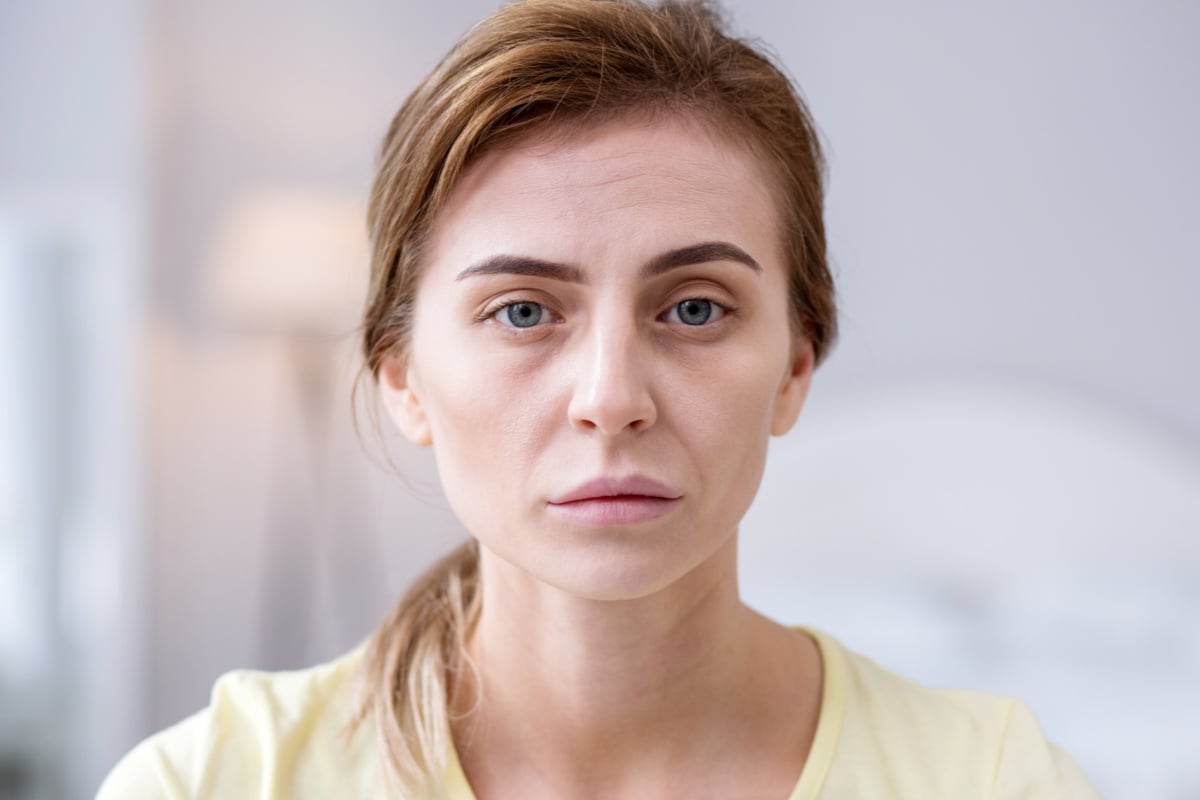 In a series of stories examining fertility, Mamamia talks to women, couples and experts about what it means to struggle to conceive.

Rebecca and Marcus O’Leary are proud parents to two-year-old Vivienne, and Rebecca is 15 weeks pregnant with their second child through IVF.

From the outside, it might seem that they have the perfect little family, yet their journey to reach this point has been anything but easy.

Rebecca chats to Mamamia about the “rollercoaster ride” of IVF, and shares what she’s learnt from the process.

After 12 months of trying for a baby with no success, Rebecca and Marcus were referred to a fertility specialist by their GP.

“Initially we were told we needed IVF straight away so we sought a second opinion,” Rebecca shares. “We chose to undergo further testing as we knew once the IVF door was opened, we couldn’t easily close it.

“Marcus was nervous, wondering if it was his ‘fault’ we couldn’t conceive. I could see the weight lift from his shoulders when he found out his sperm count was fantastic…

‘We discovered I was the one with the fertility issue.’

“Eventually I was diagnosed with Polycystic Ovarian Syndrome (PCOS) meaning I was the one with the fertility issue. I felt enormous pressure to manage my condition, body and the process as best I could.”

The couple began with ovulation tracking to monitor Rebecca’s monthly cycle. They then moved on to ovulation induction (OI) which meant regular blood tests, ultrasounds and medication.

“After I received the go-ahead to self-inject the ‘trigger medication’ to bring on ovulation, we had to go home and have as much sex as possible. It was fun at first but it soon felt clinical and over orchestrated.

“Marcus was always positive and supportive but he wasn’t the one with three apps on his phone undergoing all this regular monitoring. It was hard to not let the resentment creep in.

“Thankfully we fell pregnant with Vivienne after three rounds of OI and of course we were overjoyed.”

Rebecca assumed that for baby number two the journey might be similar, or that they might even fall pregnant naturally.

“We endured six months of OI before we gave up and took a break. All the testing and monitoring followed by the nerve-wracking two-week wait was too much.

“I would go from hopeful if my period was late, to crying and feeling angry when the clinic called with another negative result. We made plans to travel and then had to cancel them because trying to conceive was our priority.

“It felt relentless, like there was no end in sight. We needed the break to do some normal family stuff, take a quick trip away and enjoy a date night where we could relax and connect again.”

Once rested and in a better headspace, Rebecca and Marcus moved on to intrauterine insemination (IUI), the next step up from ovulation induction.

“The clinic manually inserted a distilled portion of sperm into my uterus, giving us the best possible chance of falling pregnant.

“The wait to find out if it had worked was excruciating and we couldn’t believe that even with doing everything we could, the results still came back negative.

"The frustration was unbelievable, so after four failed attempts of IUI we committed to a full round of IVF.”

'I felt like I had to manage other people's feelings.'

The couple kept their fertility issues as quiet as possible, only telling close family and friends.

“It is a hard road because when you are going through intense treatment like this, you need to feel understood by those around you, but you also don’t want people asking too many questions.

“I stopped telling people what was happening because I would have to share another disappointing result with them and manage their feelings, which I just couldn’t deal with.

“My mum tried to reassure me with well-meaning platitudes, but it felt like she didn’t fully appreciate the emotional turmoil we were in. Thankfully I had one close friend I could talk to aside from Marcus, which helped a lot.”

Listen to the latest episode of Mamamia's fertility podcast, Get Me Pregnant, where we speak to Dr Manuela Toledo about coping with pregnancy loss. This episode deals with miscarriage and may be triggering for some listeners. Post continues below.


'I started feeling numb and angry.'

“I felt very unwell and as I edged closer to having my eggs collected I felt increasingly sick... I had 22 eggs collected, which I was told was great, but I felt numb. And I felt sick because I had ovarian hyper-stimulation syndrome (OHSS) which was severely painful.”

Aside from the physical side effects, Rebecca couldn't help but feel angry and emotional.

"I wanted desperately to have a fresh embryo transfer but was told I could only have a frozen one. It seems like a small thing but it was difficult to have no choice over anything.

“I took lots of walks and got outside with our two dogs to clear my head. I also always had Marcus’ support and a very understanding female boss.”

A positive end to a difficult journey.

After one round of IVF, Rebecca is 15-weeks pregnant with baby number two. In spite of the difficult process and sacrifices made to get to this point, she feels it was worth it.

“There is no doubt that it's really hard. You feel exposed. You blame yourself and it really puts a strain on relationships.

“We feel really lucky to have had success with IVF though, because we know it's not always the case for everyone.

“I tell people too that it's okay to feel resentment and disappointment, even in the face of 'success', because we are all human and it’s a rollercoaster ride.”