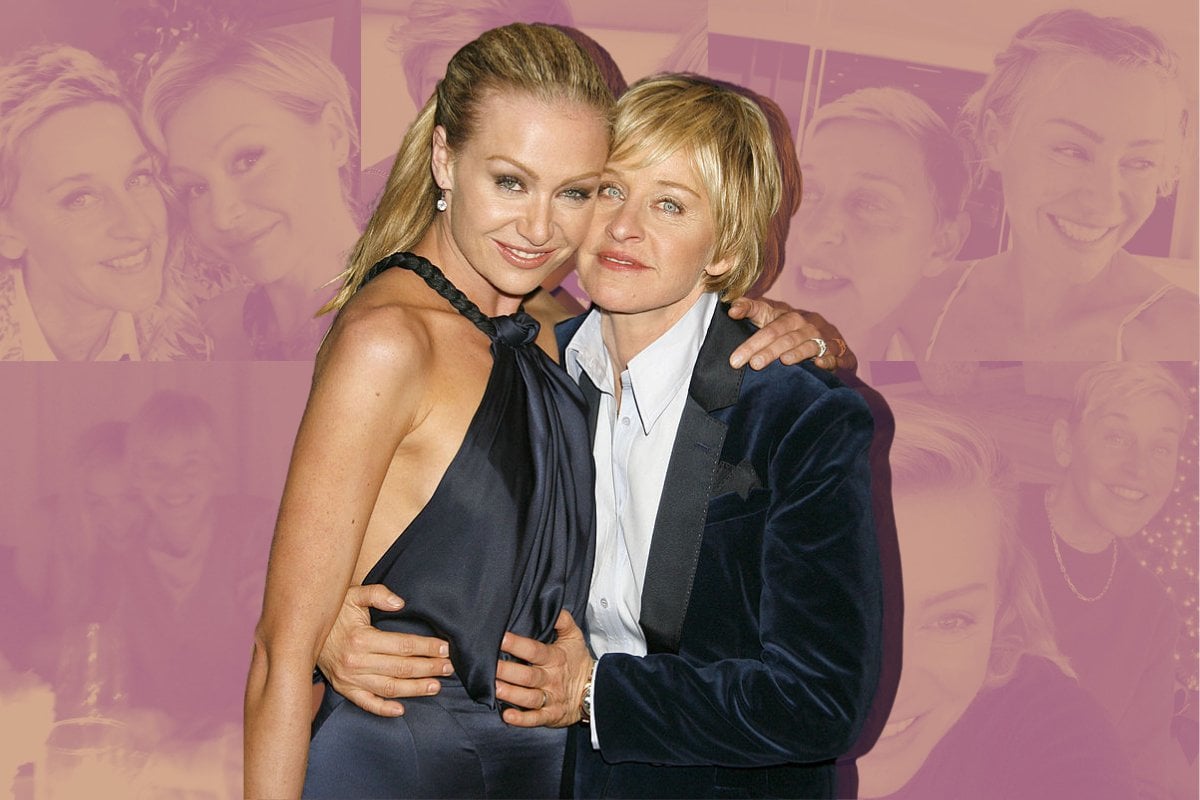 As Ellen DeGeneres' almost two-decade-long daytime talk show officially comes to an end, there is one person who remains her primary source of support: her wife, Australian actress Portia de Rossi.

This week, the 63-year-old announced the end of her 19-year-long career in an interview with The Hollywood Reporter saying, "When you’re a creative person, you constantly need to be challenged – and as great as this show is, and as fun as it is, it’s just not a challenge anymore.

"I need something new to challenge me."

The news comes after the talk show host faced a lengthy media storm that threatened her reputation.

Mid last year, past and present employees of The Ellen DeGeneres Show claimed Ellen wasn't as 'nice' as she appears on screen.

Around that same time, the talk show became the subject of further controversy when Buzzfeed News published an investigative piece that outlined a "toxic work culture", including allegations of harassment towards staff by executive producers on the show.

Amidst the turmoil over the past year, and the many divorce rumours, audiences have wondered: What does Portia think?

In an interview with The Today Show this week, Ellen admitted that she leant on her wife for support throughout her 'cancellation'.

"I just kept saying to Portia, ‘If I was a fan of somebody and even if I loved them, I would think there must be some truth to it, because it’s not stopping.’ Right on the heels of that, I read in the press that there’s a toxic work environment, which I had no idea, never saw anything that would even point to that.

"I still don’t understand it. It was too orchestrated. It was too coordinated. People get picked on, but for four months straight for me..."

She juggled both her brother and Portia's views on whether the show should continue, as she explained to The Hollywood Reporter.

"My brother was like, 'People look forward to this show every day, and there aren’t many shows out there that are just pure joy like this.' He’s always been my biggest advocate and — not that Portia isn’t, but she’s also selfish and wants me to do things that I’m challenged by, and she’s watched me come home every day saying, 'I just feel like there’s something more I could be doing.'"

Here's everything we know about Ellen DeGeneres and Portia de Rossi's 12-year marriage.

DeGeneres and de Rossi first met in 2000, although they didn't start dating until 2004.

"[I knew Ellen was the one] when I first laid eyes on her, but it took me three years to actually tell her how I felt about her because I was on Ally McBeal at the time and I was not living as an openly gay person," de Rossi told Oprah Winfrey in 2005.

"I was closeted and very, very afraid that if I talked about being gay, it would be the end of my career, so I wasn't about to date the most famous lesbian in the world." 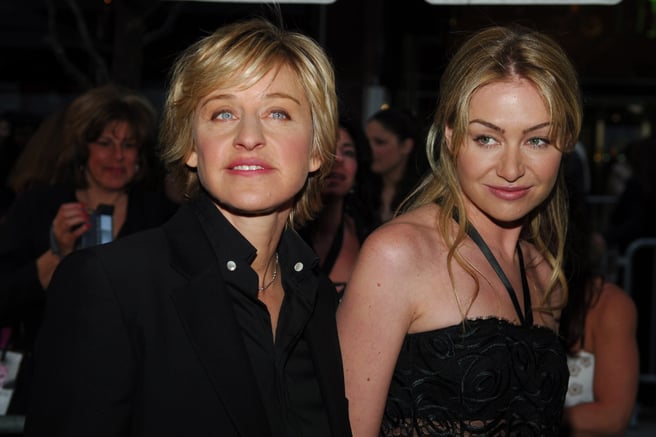 In 2005, de Rossi explained to The Advocate how her feelings for the comedian ultimately pushed her to come out.

"I had a very, very long and difficult struggle with my sexuality," de Rossi shared. "Just being a couple - being able to walk down a red carpet holding her hand, that’s exciting for me.

"My feelings for her overrode all of my fear about being out as a lesbian," she shared. "I had to be with her, and I just figured I’d deal with the other stuff later. It’s hard having a relationship that’s public. It’s hard living a life that’s somewhat public, and hard when you put that life together with someone who is so famous and so loved and admired. It’s also really exciting.

"I respect her [DeGeneres] so much. She was so courageous and so loud in ’97, and now she is doing something that is more subliminal. She’s changing the world, and it’s exciting to be a part of that."

The couple had been together for about four years when they became engaged in 2008.

On August 16, 2008, the couple wed at their Los Angeles home, on their living room floor, in front of just 19 guests. It was shortly after the Supreme Court of California legalised same-sex marriage.

"The love we felt from the people surrounding us, and the love we have for each other, made this the most beautiful and emotional day," de Rossi told People at the time. "And one that we’ll never forget."

@PortiadeRossi and I got married 9 years ago today. Being her wife is the greatest thing I am.

In 2017, DeGeneres told Good Housekeeping what her wife's vows included, and what they meant to her.

"Portia understands me completely. In our vows, she recited a quote — 'It is good to be loved. It is profound to be understood' — and to me, that’s everything. What 'I love you' really means is 'I understand you,' and she loves me for everything that I am. She supports me and makes me happy," DeGeneres said.

Despite their constant public affection and words of adoration for each other, the couple continues to be put through the tabloid turmoil of divorce rumours.

In 2013, rumours of marital problems between DeGeneres and de Rossi were gaining traction.

DeGeneres was quick to deny them, explaining the bizarre reality of discovering people think you're unhappy in a magazine.

"The other day I’m at the hair salon getting these extensions," DeGeneres joked in a 2013 episode of The Ellen Show.

"And there are tabloids all over the hair salon—that’s where they are, I guess. All of a sudden I notice one sitting on the counter in front of me [and] it caught my eye because Portia and I were in the top right-hand corner and I thought, 'Oh, that’s sweet, they’re honouring us.'" 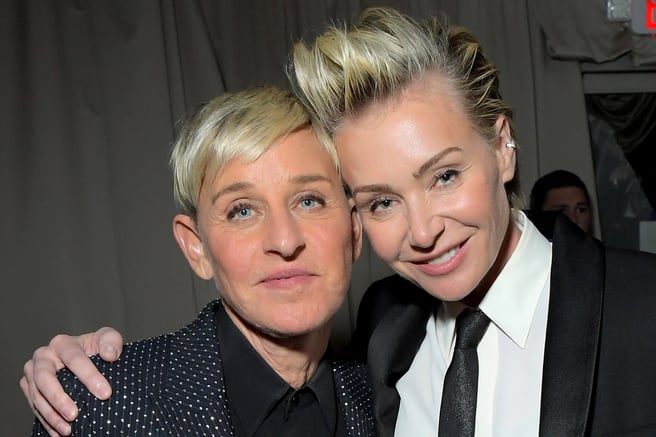 "And then I read the headline underneath and it said 'Ellen and Portia’s Marriage Crumbles.' I was like, 'Oh, what happened? They seemed so happy,'" DeGeneres laughed.

She was adamant it was all lies.

"There's not one ounce of truth to any of it. I am very happily married. The only thing we ever argue about is who loves who more, it really is true."

While on David Letterman’s Netflix series, My Next Guest Needs No Introduction, DeGeneres explained her unconditional love for her wife.

And now, as DeGeneres faces one of the more testing times of her life in the public eye, her wife only continues to stand by her side with the same love and support the couple are known for.