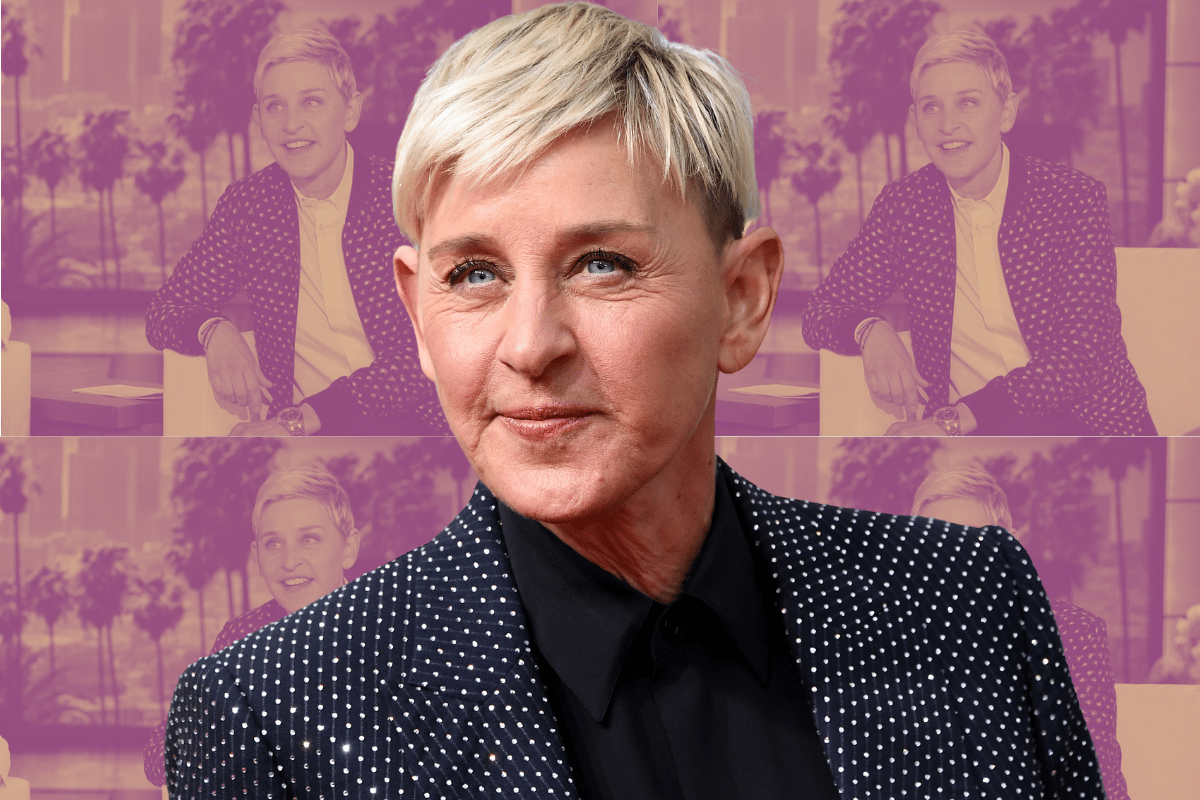 In an interview with The Hollywood Reporter, the 63-year-old shared The Ellen DeGeneres Show will come to a close next year.

"When you’re a creative person, you constantly need to be challenged – and as great as this show is, and as fun as it is, it’s just not a challenge anymore," she said. "I need something new to challenge me."

The news comes after the talk show host faced a months-long media storm that upended the public perception of the popular presenter.

Mid last year, past and present employees of The Ellen DeGeneres Show claimed that the 63-year-old isn't as nice as she appears on screen.

Around that same time, the talk show became the subject of further controversy when Buzzfeed News published an investigative piece that outlined a "toxic work culture", including allegations of harassment towards staff by executive producers on the show.

When DeGeneres returned to the talk show last September, she addressed the allegations that were levelled at executive producers and managers working on the show.

"As you may have heard this summer, there were allegations of a toxic work environment at our show and then there was an investigation. I learned that things happened here that never should've happened," she said, echoing a letter sent to staff amid the fallout in July.

"I take that very seriously, and I want to say I’m so sorry to the people who were affected."

After the Buzzfeed News article was released, the controversy prompted an internal investigation, which led to three top producers – Ed Glavin, Kevin Leman and Jonathan Norman – parting ways with the show.

Now, as DeGeneres announced the end of her long-running talk show, the allegations are back in the news.

Here's everything that has happened since DeGeneres announced the news.

"It was very hurtful to me." Ellen DeGeneres' interview with The Hollywood Reporter.

When Ellen DeGeneres announced her departure from The Ellen Show, many questioned whether the 63-year-old was quitting following last year's controversies.

But in her interview with The Hollywood Reporter announcing the news, the host shared that the controversy wasn't the reason behind her decision to exit the show after 18 years.

"It was very hurtful to me," she said.

"I mean, very. But if I was quitting the show because of that, I wouldn't have come back this season," she continued.

"So, it's not why I'm stopping but it was hard because I was sitting at home, it was summer, and I see a story that people have to chew gum before they talk to me and I'm like, 'Okay, this is hilarious.' Then I see another story of some other ridiculous thing and then it just didn't stop.

"And it makes me really sad that there's so much joy out there from negativity. It's a culture now where there are just mean people, and it's so foreign to me that people get joy out of that."

"The viewers have spoken." A former producer speaks out.

During the interview, Muskat claimed that the show was ending because viewers had "woken up". 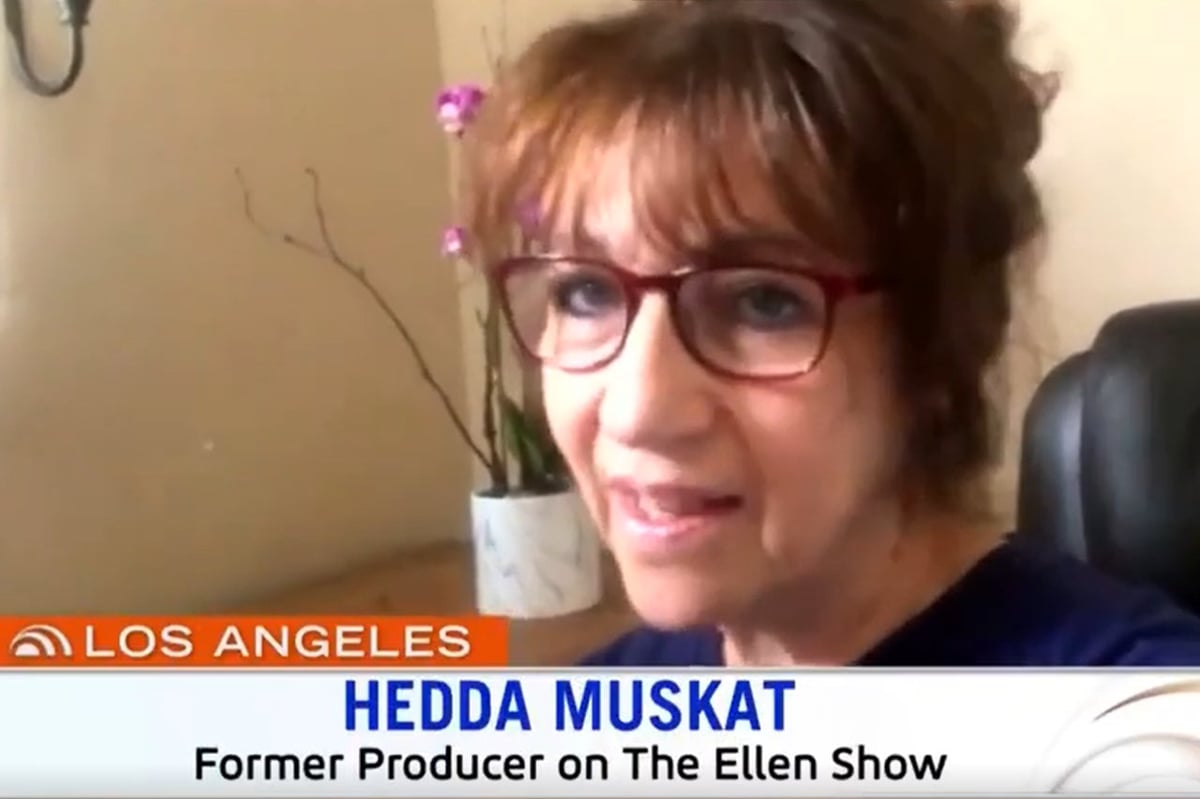 "The viewers have spoken," she said.

"Her ratings have been in the toilet for a long time now. Her show has not been fun, it has not been interesting, and she’s not really 'stepping down' – the viewers fired her."

"She really was not in a position to interview real people because she really couldn’t carry a conversation with them," she said.

"I just did my job and went home, but I feel that for the guests it was bad goodwill for them. They just really were not able to connect with her."

Muskat later added: "I was not able to have any connection with [DeGeneres], make any eye contact, and here is the thing: It’s not just me or three of us, there were over 100 employees over the 19 years that walked away with this sickened feeling about working there."

After announcing the end of The Ellen Show, DeGeneres spoke to host Savannah Guthrie on the US Today show.

During the interview, DeGeneres called the media circus around the toxic workplace allegations "orchestrated" and "misogynistic". 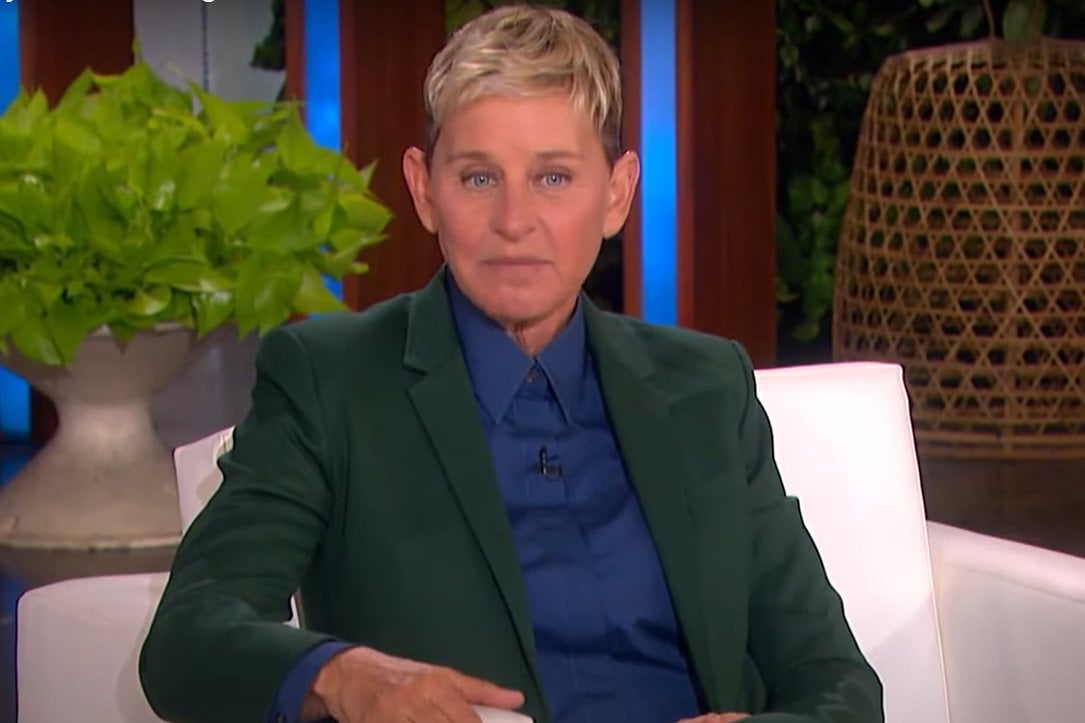 When Guthrie asked DeGeneres whether she considered herself "cancelled", DeGeneres responded that she "didn't understand it".

"I still don’t understand it. It was too orchestrated. It was too coordinated. People get picked on, but for four months straight for me," she said.

"All I’ve ever heard from every guest that comes on the show is what a happy atmosphere this is and what a happy place this is."

She also expressed disbelief about alleged toxicity among staff members on the show.

"I don’t know how I could have known when there’s 255 employees here and there are a lot of different buildings, unless I literally stay here until the last person goes home at night," she said.

"It is my name on the show, so clearly it affects me and I have to be the one to stand up and say, 'This can’t be tolerated.' But I do wish somebody would have come to me and said, 'Hey, something’s going on that you should know about.'"

She added: "I have to say if nobody else is saying it, it was really interesting because I’m a woman, and it did feel very misogynistic."

But while Winfrey's interview was a little more friendly, there was a particularly awkward moment. 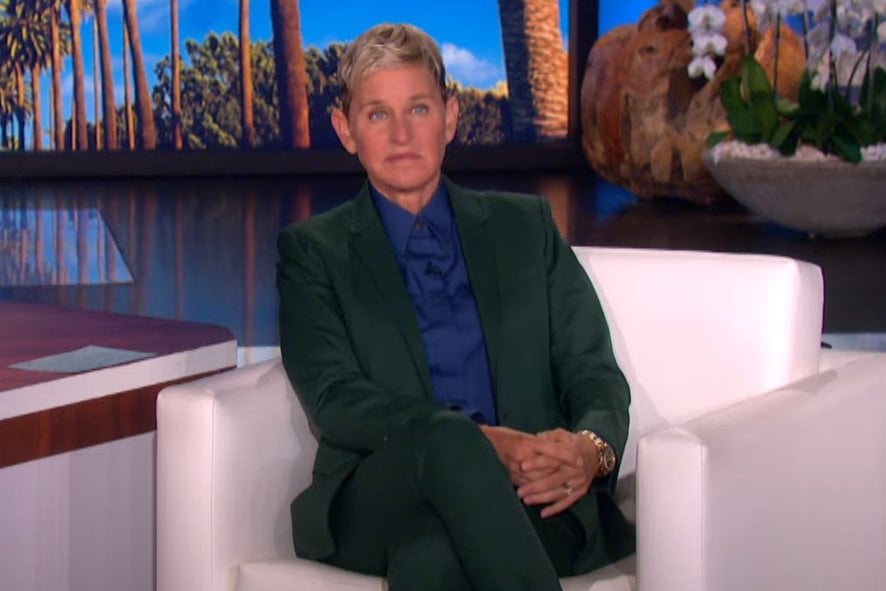 At one point during the interview, Winfrey opened up about the guilt she felt when exiting her own talk show, The Oprah Winfrey Show, in 2011.

"When you have a large staff as you do, and as I did, that staff becomes your family. These are your tribe; these are your people. You would not be who you are without those people doing the work a lot of people don’t recognise is going on behind the scenes," she began.

"You often don’t think, as I often didn’t think, when you’re looking at people: Car insurance, mortgages, college educations being paid... for everybody on that staff, they have built their financial life, their family life, based on this show. For me, that was hard too," she added.

As Winfrey talked, DeGeneres awkwardly looked off camera and fidgeted, until Winfrey changed the subject.