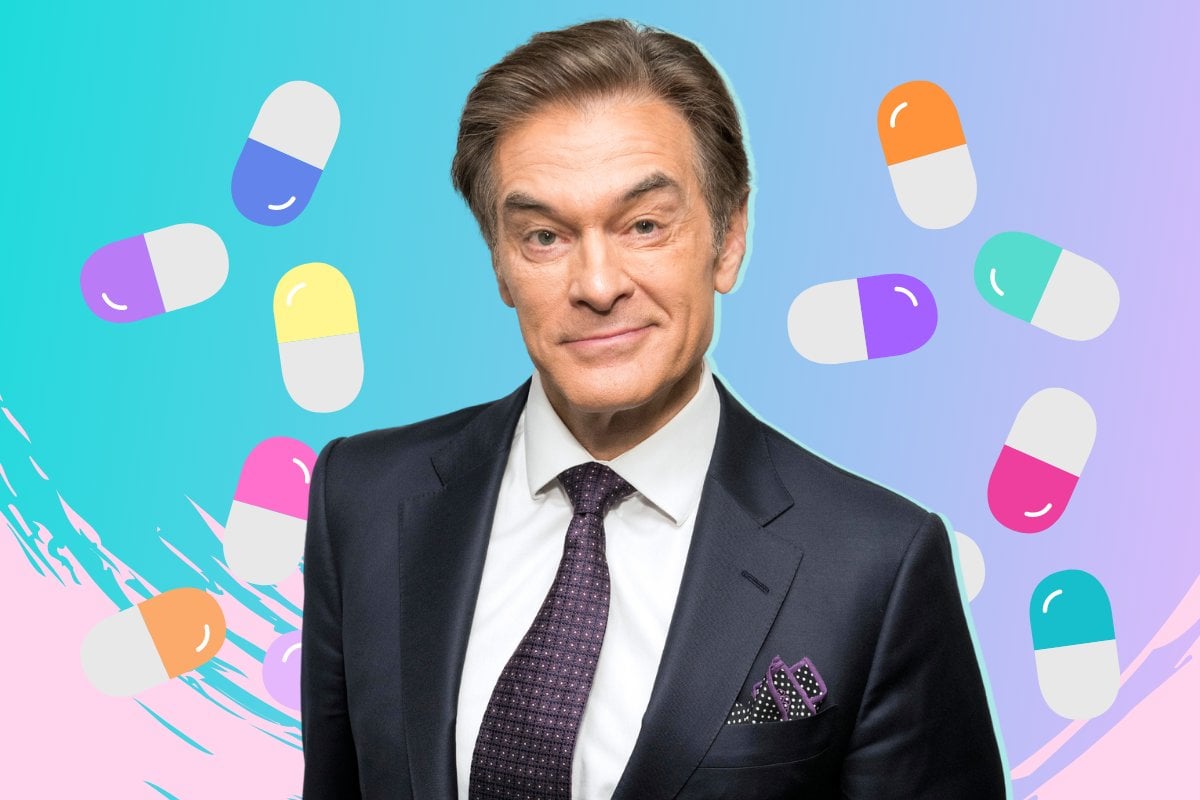 The cardiothoracic surgeon and TV doctor, who rose to fame as a health expert on The Oprah Winfrey Show before Winfrey offered him his own show, is almost universally shunned by the medical community in which he is a part of.

On one hand, Mehmet Oz is a working, Harvard-educated surgeon. On the other hand, he's a television host who promotes pseudoscience and advice with no evidence or scientific backing.

Born in the United States to Turkish parents, Oz has spoken about how trips to Turkey as a child informed his worldview and his future work as a doctor. His father was a surgeon, and Oz knew from childhood he wanted to do the same.

Oz fronted a TV show called Second Opinion With Dr. Oz in 2003. The show only lasted one season, but set the wheels in motion for his TV career as we know it today.

Second Opinion With Dr. Oz landed Winfrey as a guest which led to a warm working relationship. Oz became a regular on her own TV show and radio program, anointed by Winfrey herself as "America's doctor".

Suddenly, Oz was everywhere; on television and radio and in magazines with columns and interviews. 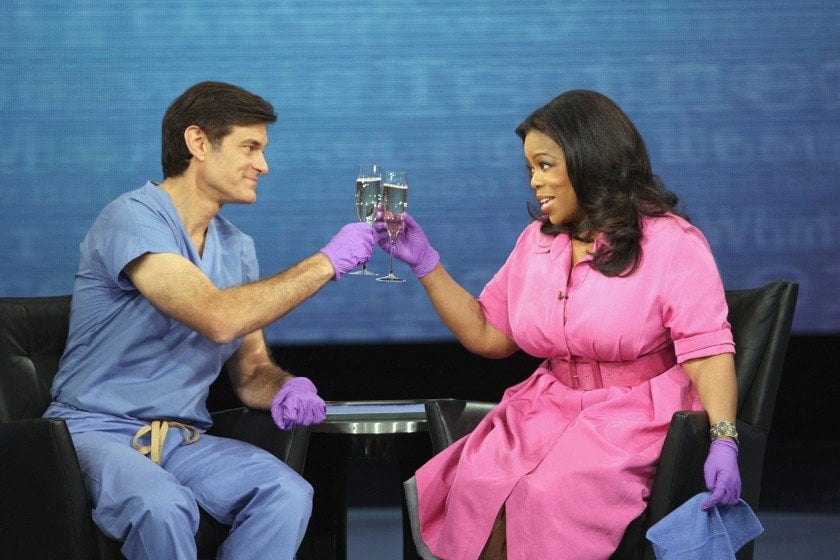 It's remained immensely popular, through dozens of controversies, constant criticism, lawsuits and Oz being hauled before US Congress.

A 2014 study published in the British Medical Journal analysed 40 episodes of The Dr Oz Show from 2013, determining that evidence supported 46 per cent, contradicted 15 per cent and was not found for 39 per cent of the show's recommendations.

In 2012, he was criticised by advocacy groups for platforming supporters of gay conversion therapy in an episode titled "From Gay to Straight? The Controversial Therapy!"

"Although the show also featured guests who condemned the idea and practice of 'reparative therapy', Dr. Oz himself never weighed in, and the audience was misled to believe that there are actual experts on both sides of this issue," The Parents, Families and Friends of Lesbians and Gays (PFLAG) said in a statement.

Oz later said he agreed with the established medical consensus - that conversion therapy does not work - but many considered his statement too little too late.

Oz's foray into conversion therapy was a surprise for regular viewers, but his touting of weight loss 'solutions' is not.

It's his bread and butter. Titles of shows include 'Could Hidden Additives in Your Favorite No-Calorie Waters Make You Gain Weight?', 'Oz Investigates: Is the Athleisure Wear You Love the Reason You're Gaining Weight?', 'The Anti-Diet: The Plan for Weight Loss!' and 'Green Coffee Bean Extract: The Fat Burner That Works!' 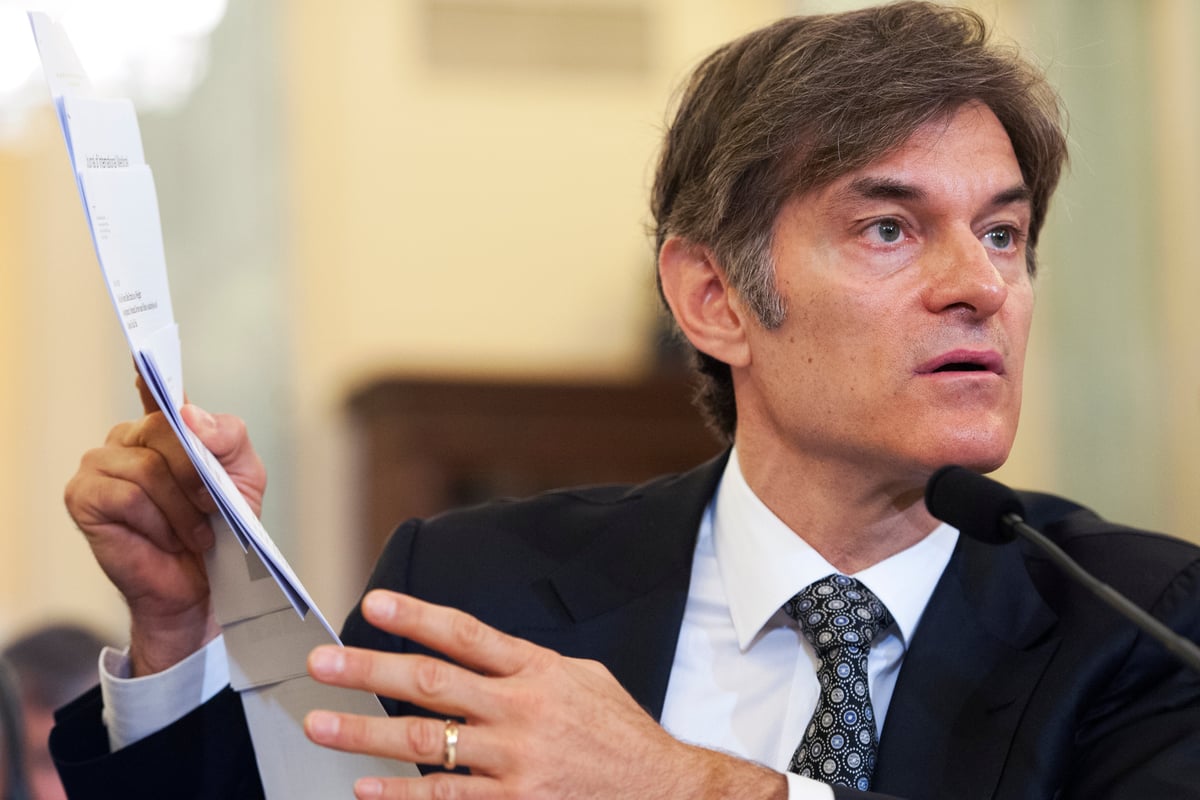 In 2014, Oz found himself before the Senate Subcommittee on Consumer Protection to answer questions about the weight loss products he endorsed on his show.

Senator Claire McCaskill said Oz played a role, intentional or not, in perpetuating weight loss scams, and that she is "concerned that you are melding medical advice, news, and entertainment in a way that harms consumers".

Among the episodes under scrutiny was a 2012 episode on 'green coffee bean extract'.

The product, portrayed on the show as a weight loss tool, was found the have no weight loss benefits. In fact, two of the researchers who were paid to write the study admitted they could not back their data, so they retracted their paper.

On his show, Oz referenced the study and called the beans "magical" and "miraculous".

Called on about this in front of the senate, Oz, the real-life doctor, had an answer very different to Oz, the TV host.

"There's not a pill that's going to help you, long-term, lose weight [and] live the best life, without diet and exercise," Oz said before congress.

So the story goes, Dr Oz Show producers approached Duncan ahead of their green coffee bean show, to ask if he would be available as the episode's expert. 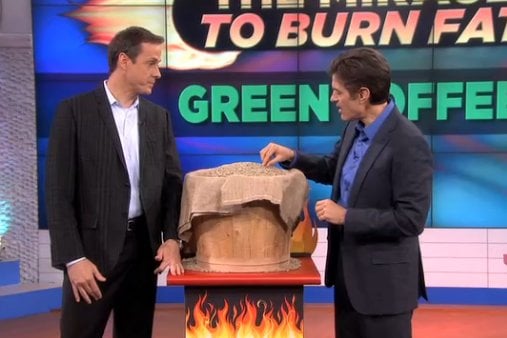 "Has he studied green coffee bean at all? Would he be able to talk about how it works?" the producer asked in an email.

Duncan's PR team replied; "Thanks for reaching out, Dr. Lindsey does have knowledge of the Green Coffee Bean. He loves it!"

"This is either a setup or manna from the heavens... Please get Green Coffee Bean up on our site immediately!!! I will then recco the PH site!!!!! Let me know when it’s up," he emailed his employees.

During the pre-interview planning, Duncan edited Oz's script to add specific search terms for viewers to Google, which he'd purchased ads for. He told producers he recommended a specific supplement, which he began offering on his own website.

He then used his Dr Oz appearance to sell his green coffee bean supplements to retailers like Walmart.

Naturally, sales in green coffee bean products skyrocketed after the episode. The 'Oz effect' saw Duncan and his companies sell US$50 million of products in a couple of years.

Duncan never disclosed his conflict of interest and the Dr Oz Show was not aware of his workings behind-the-scenes.

But the FTC investigation alleged Duncan had done it all before, just months earlier, before an appearance on the show to discuss 'black raspberry' as a "top cancer-fighting supplement".

Oz settled a class action lawsuit from those who had purchased green coffee bean products for more than US$5 million.

Also in 2014, Oz featured anti-vaccine icon and conspiracy theorist Robert F. Kennedy Jr in a segment introduced as 'Flu shots under fire. Why is a toxic ingredient that was banned lurking in your vaccine?' about preservative thimerosal, used in certain vaccines to prevent contamination.

Oz kept saying that "not one person" could give him a good reason why thimerosal is in vaccines. The preservative is critical in multi-dose vaccine vials for developing nations, which do not have the infrastructure of cold storage facilities to keep them from being spoiled. 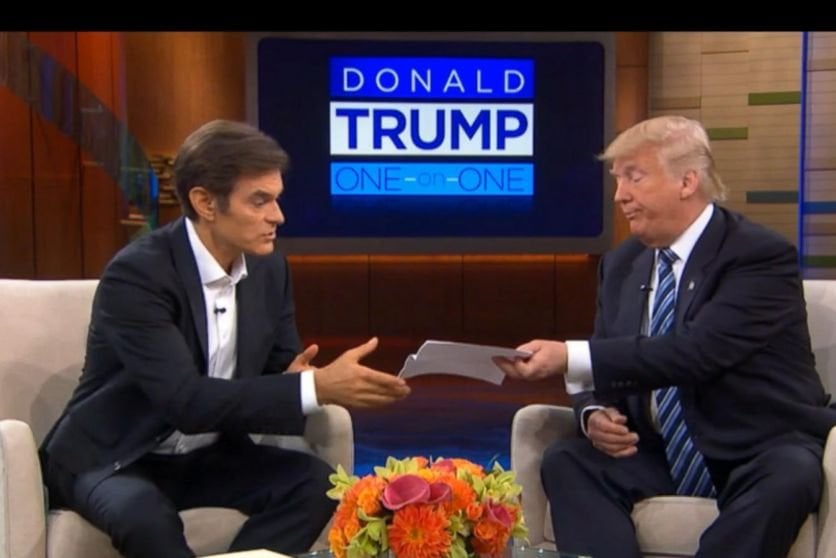 In September 2016, then-presidential candidate Donald Trump appeared on The Dr Oz Show. Oz said he would assess the medical records of Trump on the show. Based on one-page of Trump's record, Oz said he was pleased with Trump's health.

Doctors criticised this as unethical, as Oz was offering his opinions on someone who was not his patient, without conducting an examination.

It payed off though, as Oz was appointed to then-President Trump's Council on Sports, Fitness, and Nutrition in 2018.

When the COVID-19 pandemic began, many media speculated that Oz's discussion of the virus on television was influencing Trump's decision making.

Oz had promoted the use of hydroxychloroquine, an antimalarial drug, as a cure for COVID-19 on a number of Fox News broadcasts in March 2020. In May, Trump claimed to be taking the drug, and in June the Food and Drug Administration revoked its emergency use authorisation as it was not effective against the virus.

In April 2020, Oz told Fox News reopening schools in the United States might be worth the increased number of deaths it could cause. He later apologised.

I’ve realized my comments on risks around opening schools have confused and upset people, which was never my intention. I misspoke. pic.twitter.com/Kq1utwiCjR

He's also advocated for, or at least platformed, psychics, astrology, and 'faith healers', in which a man claimed on Oz's show to have cured cancer with 'magic and acupuncture'.

For most people, these are harmless things to believe in - but Oz is a medical doctor, and none are backed by any science. To faithful viewers, Oz's platforming of these things gives them a credence of legitimacy that they don't actually have.

It's not as if Oz's missteps have gone unnoticed. The opposite, actually.

His name and his TV show regularly draw criticism, not just on social media but also by other medical experts.

Besides the senate hearing, he's also faced criticism for promoting detox diets, suggesting anxiety disorder can be treated with food, and suggesting 80 per cent of extra virgin olive oil in American supermarkets were "fake".

In April 2015, a group of 10 physicians from prestigious institutions called for Columbia University to part ways with Oz, who was the vice chair of the Department of Surgery. More than 1300 doctors signed a letter sent to the university.

The doctors accused Oz of "an egregious lack of integrity" by promoting "quack treatment cures in the interest of personal financial gain".

He defended himself to say: "I bring the public information that will help them on their path to be their best selves".

But despite it all, Oz remains a stalwart of daytime television.

He and the show have won 10 Emmys. His net worth is more than US$100 million, and his endorsement equals millions of dollars to the 'wellness' industry - whether the product is scientifically backed or not.

Oz is contracted to remain on screen until at least 2023, but it's likely to be longer.

But the next time we're off sick, perhaps we should stick to Judge Judy re-runs instead.

Reply
Upvote
Yeah but Big Pharma owns science. Maybe Oz draws from the other sciences like nutritional science, herbal science, psychology, physiological science. There are other health sciences aside from pharmaceuticals. Ask Japan.
M
mamamia-user-482898552 a year ago