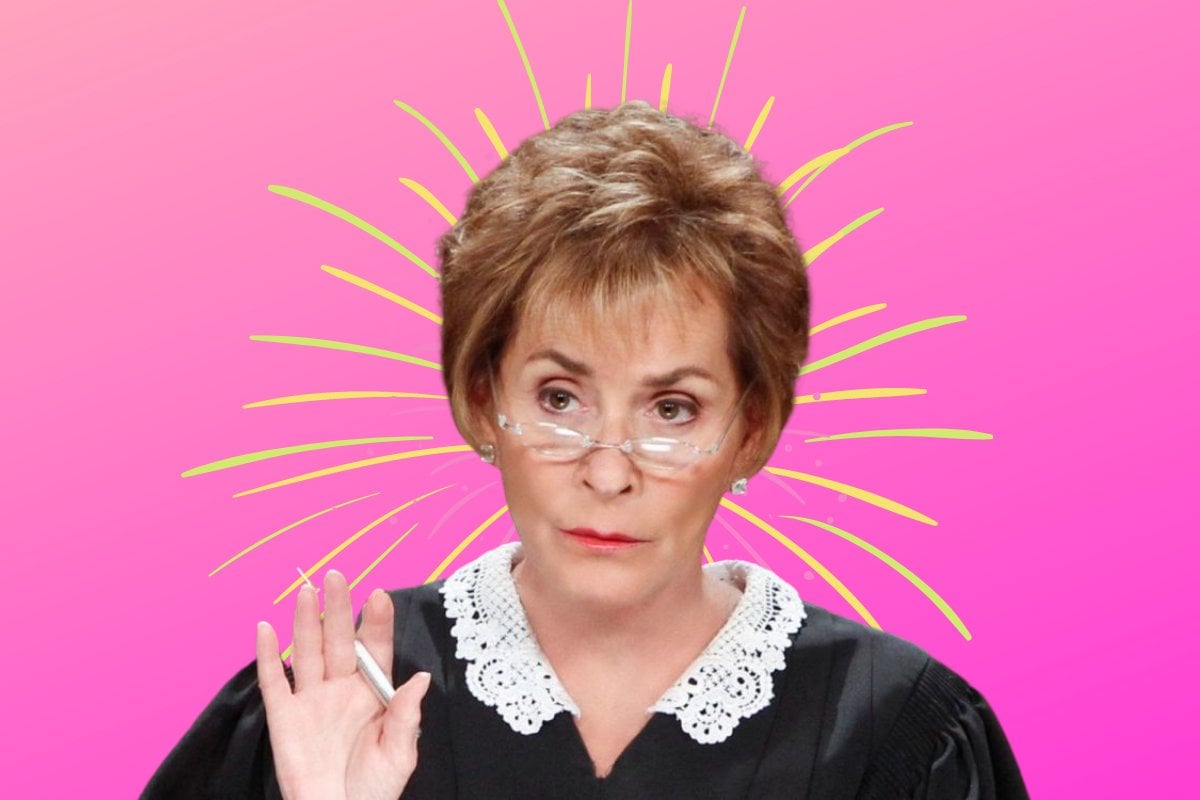 Even if you've never watched her TV show, you know Judy Sheindlin.

Judge Judy's pursed lips, her raised eyebrows and her sharp tongue are familiar to most people in the Western world.

Her TV show, which is watched by 10 million people daily, is synonymous with sick days, hangovers and lazy mid-week afternoons on the couch. Over the past two-and-a-half decades, Judge Judy and her New York City courtroom has provided an unusual comfort to millions of people around the world.

We're not sure why we like it, but we do. And we don't want it to ever change.

That's why in 2019, when Judge Judy changed her hair, it made international headlines. The sudden appearance of a ponytail on the familiar head of a small claims court TV judge was front page news. Judy, then 76, later explained that she had purchased a ponytail that she could affix to the top of her head so she wouldn't have to spend so much time doing her hair each morning. 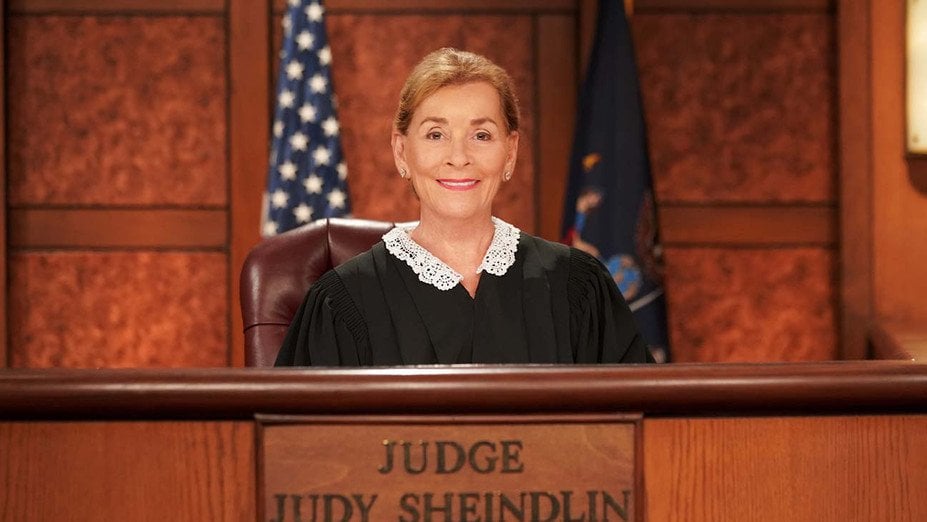 "All she needed was a hair doughnut and a rubber band to make the ponytail; then she secured it with a bobby pin, and voilà, she was done," Jazmine Hughes who profiled her for The New York Times Magazine explained.

It gave her back some time, she said. There was less primping every morning and more time for the things she’d rather do: walking her dogs, reading the paper, watching CNBC to see what the implied open was in the markets. "Freedom that I haven’t had in 40 years," she exclaimed. "And all that for just $29.95! (She was still carrying the price tag in her purse.)"

The ponytail didn't go over well. When the episodes featuring the ponytail aired so many people complained about it that the moderator of one of her Facebook fan groups (which had 15,000 members at the time) had to post a warning to the members.

"We’ve had enough of dealing with the negativity surrounding Judge Judy’s choice to change her hairstyle a month ago. We will no longer be approving any further posts about this change, and any comments about it will be deleted," it read.

It's estimated that Judge Judy is now worth over $440 million dollars. But we can't talk about Judge Judy and her enormous success without going back to where it all began.

On October 21, 1942, Judge Judy was born Judith Susan Blum in Brooklyn, New York. After high school, she attended American University in Washington D.C., before studying law at the university's Washington College of Law, where she was the only woman in her class of 126 students.

After law school, Judy worked as a corporate lawyer for a couple of years. In 1964, she married Ronald Levy, a prosecutor in juvenile court, and the couple had two children together, Jamie and Adam. A few years into her law career, Judy took some time off to raise their kids.

In 1972, she began working as a prosecutor in the New York family court system. This role took a toll on her marriage, and Judy divorced Ronald 12 years after they wed. Three months later, she met Jerry Sheindlin. They married in 1978. 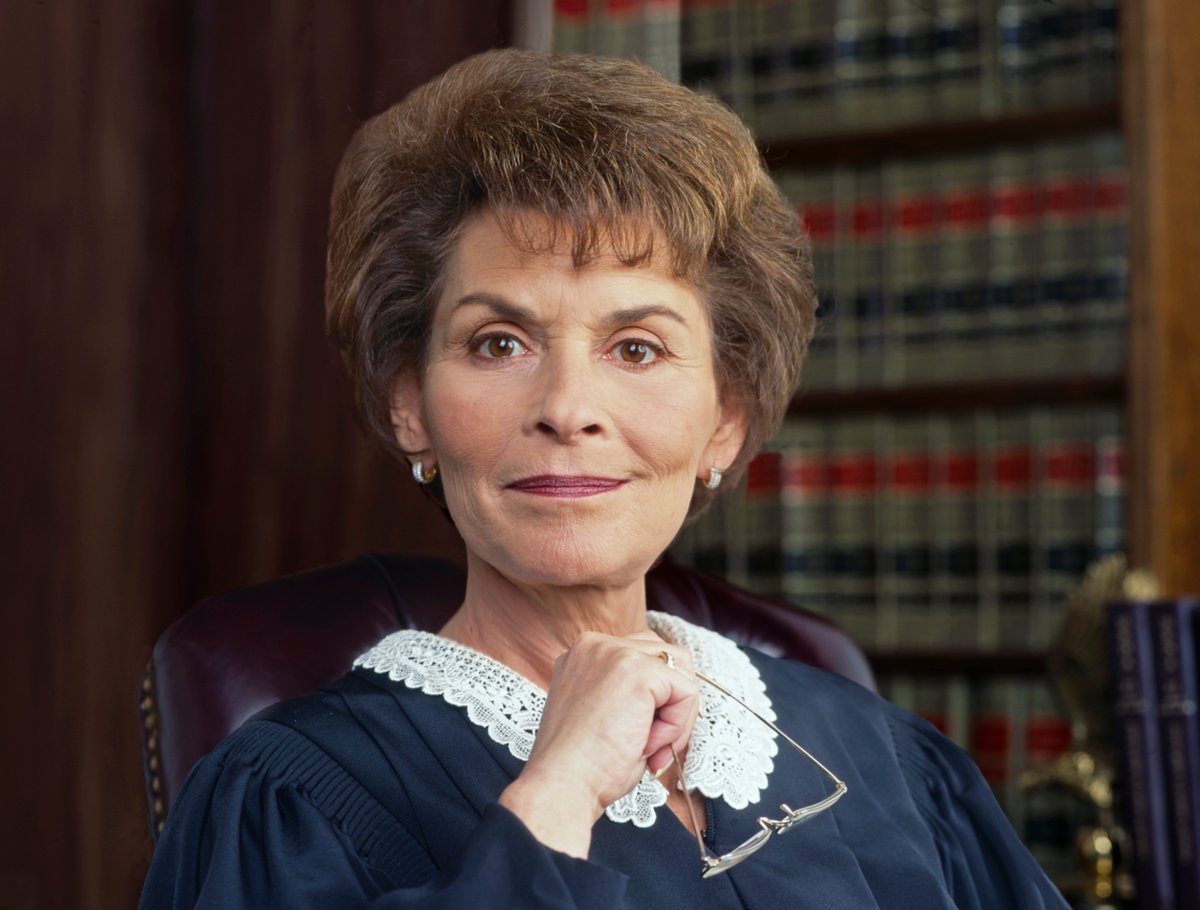 Judge Judy in 1996 at the start of her TV career. Image: Getty.  In February 1993, Judy was profiled in the Los Angeles Times. The journalist Josh Getlin wrote about a hard-hitting New York judge, who was straight-talking and had no time for bulls**t.

"Standing five foot two and weighing 95 pounds, Sheindlin packs a verbal wallop that can stun the unwary. Woe to the poorly prepared attorney who wanders into her court, or the punk in Reeboks who thinks he can pull a fast one on the woman in black. She gives them all a thrashing to remember, sounding more like Shirley MacLaine with a gavel than some run-of-the-mill judge," he wrote.

Just like in the courtroom, Judy spoke her mind in the profile, unaffected by the calls by the attorneys, and their clients, who appeared in her courtroom to have her muzzled or even fired.

"I can’t stand stupid, and I can’t stand slow," she said. "I want first-time offenders to think of their appearance in my courtroom as the second-worst experience of their lives... circumcision being the first."

The Times profile was followed up with a segment on 60 Minutes. After the program aired, Judy's agent approached Larry Lyttle, the president of Big Ticket Television, and pitched the idea of a courtroom-based TV program.

Lyttle loved the idea, and they shot a pilot episode. 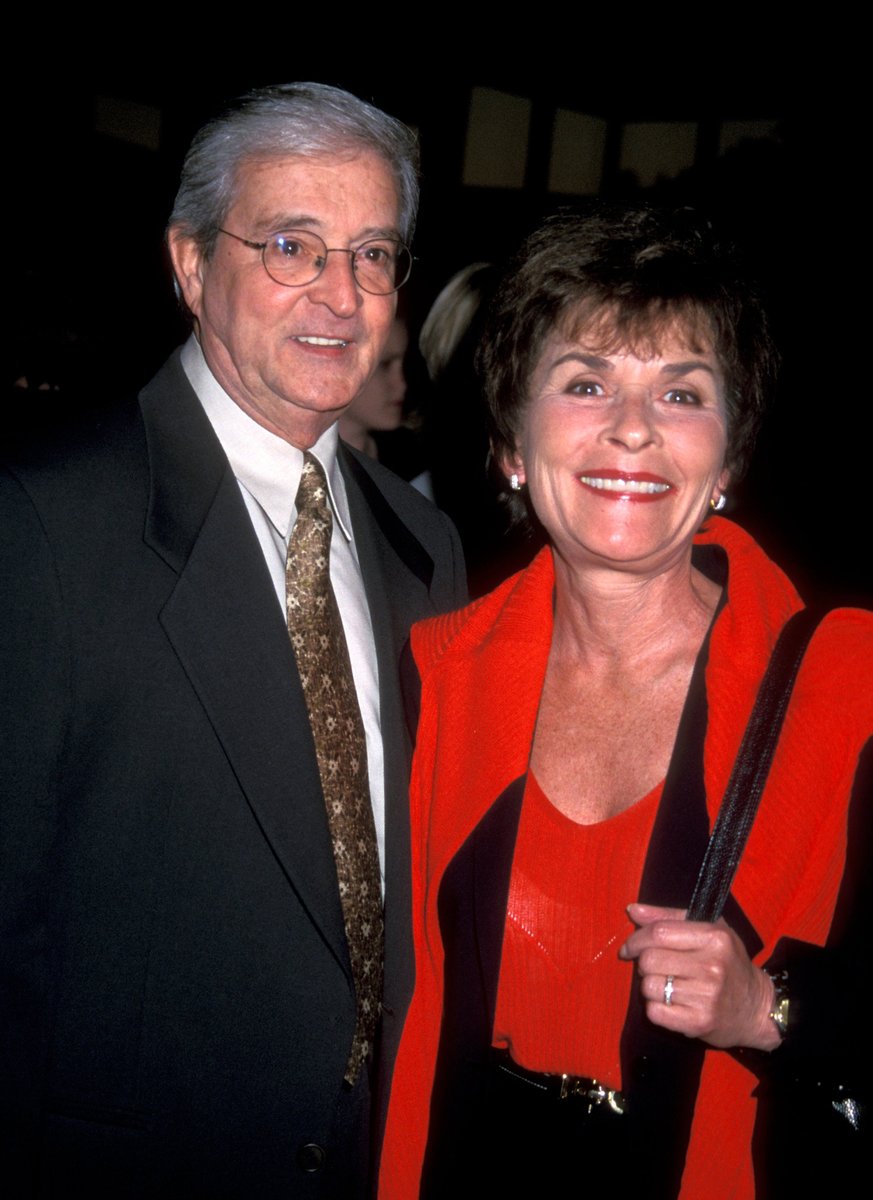 Judy and her husband Jerry in 1999. Image: Getty.  In 1996, after 25 years in family law, Judy retired (much to the relief of the attorneys working the New York City family court circuit). In September of that year, the very first episode of Judge Judy aired and Judge Judy the daytime TV powerhouse was born.

By February 1999, Judge Judy was one of the most popular daytime TV series in the world.

It was the No.1 syndicated show, and it even began to edge out Oprah in some major markets, including Judy's hometown of New York. By August 1999, Judge Judy was averaging seven million viewers per week.

The show's success spawned a series of other daytime court TV shows including Judge Joe Brown, Judge Hatchett and Judge Mathis. It even inspired Australia's own 'experiment', Trial By Kyle. But none of these shows were anywhere near as successful as the original which in 2019 was reaching 10 million American viewers every single day. (In comparison, Ellen averages about 2.9 million viewers, and Dr Phil reaches around 3.9 million).

Over the course of her TV career, Judy has become known for her "Judy-isms". It's not unusual for the now 78-year-old to screech "I'm speaking!" or "Listening ears!" across the courtroom at someone who is trying to talk over her.

Some of her more entertaining catchphrases like "I'm the boss, applesauce" and "Beauty fades, dumb is forever" have become part of the lexicon and have found themselves printed on t-shirts and fun office mugs.

While Judy has been a permanent fixture on our TV screens for 25 years now, that could soon all come to an end.

During an interview on The Ellen DeGeneres Show in March 2020, Judy announced the show's 2020/2021 season will be its last.

"I've had a 25-year-long marriage with CBS, and it's been successful," she told DeGeneres. "Next year will be our 25th season, silver anniversary, and CBS, I think, sort of felt, they wanted to optimally utilise the repeats of my program, because now they have 25 years of reruns. So what they decided to do was to sell a couple of years' worth of reruns."

In its place will be a new show called Judge Justice. At this point it's unclear whether the new show will be as successful as its predecessor or as divisive as the 2019 ponytail.

One thing is for sure — Judge Judy replays, her iconic "Judy-isms" and her reign over this particular genre of comforting daytime TV will stick for many, many years after Judy slams her gavel the last time.