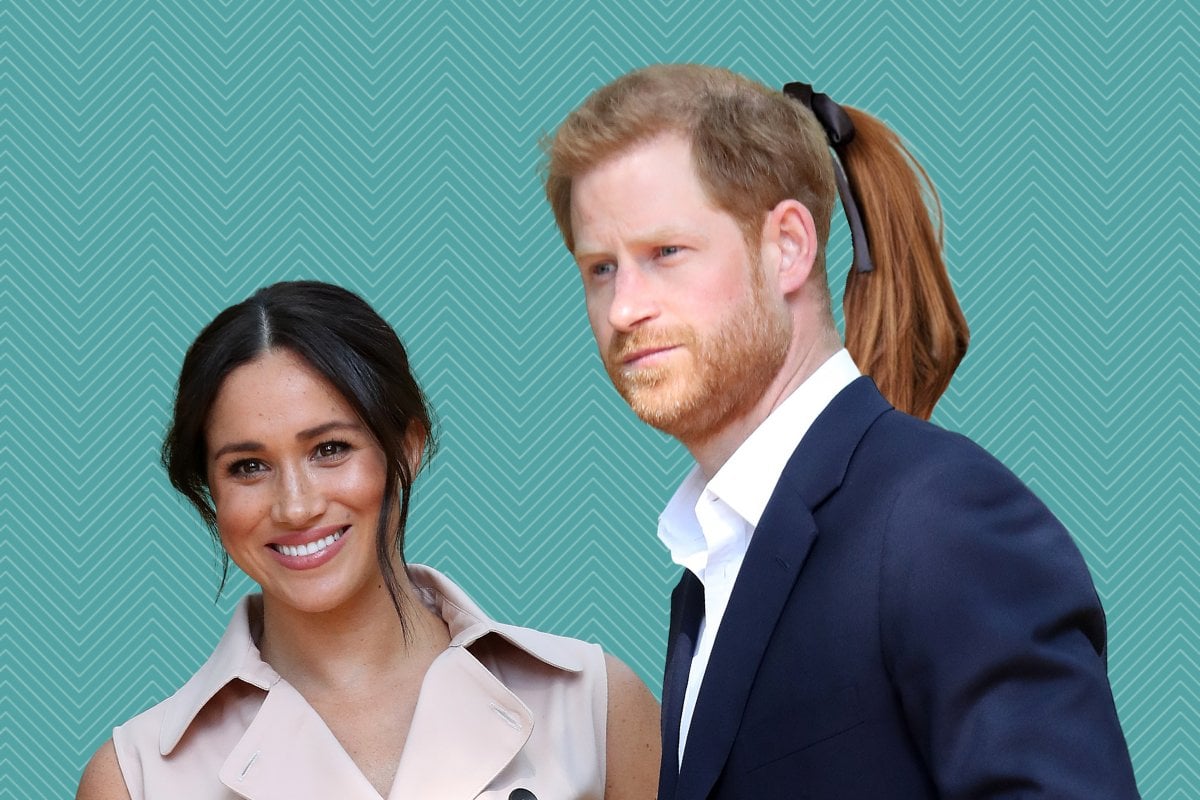 Rob Lowe has some serious explaining to do.

The actor, who appeared on The Late Late Show with James Corden on Monday night, has started a bizarre rumour that Prince Harry has grown his hair long.

"I just ran into your countryman the English treasure Prince Harry at the stoplight 10 minutes ago," the actor, who lives near Prince Harry and Meghan Markle in Montecito, California, told host James Corden.

Watch a clip from Rob Lowe's appearance on The Late Late Show with James Corden below. Post continues after video.

"He lives about a mile from me. Um, he’s been very reclusive. Seeing him in the neighbourhood is like seeing the Loch Ness Monster, and I finally saw him. I finally saw him driving his car," he continued.

"It was very, very quick — don’t totally quote me on it — but it looked like he’s wearing a ponytail.

"It looked to me as a casual observer that his hair had grown very long and was pulled back very tightly by what I can only assume was a ponytail."

"Do you know what I think’s happened? I think you didn’t see Prince Harry," the host added.

"Oh no, it was him," Lowe said. "Because I have to say, I followed him to the house to see if the car went in."

Okay, wait. This is too much to process.

Does... Prince Harry have a ponytail now? Let's investigate.

Is... that even possible?

First of all, we need to look at the science.

Is it even possible for Prince Harry, a man who has low-key struggled with hair loss, to grow a ponytail that fast?

Well, as reported by The Cut, the average rate of hair growth for a 36-year-old man is 0.5 inches per month

Okay. But when was Harry last seen?

Okay, we know what you're thinking.

Since moving to Los Angeles, we haven't seen much from Prince Harry and Meghan Markle. Maybe it's not entirely ludicrous to assume that Prince Harry may have grown a ponytail.

On October 3, 2020, Prince Harry made a public appearance in Los Angeles, showing his support for the 2020 Virgin Money London Marathon. 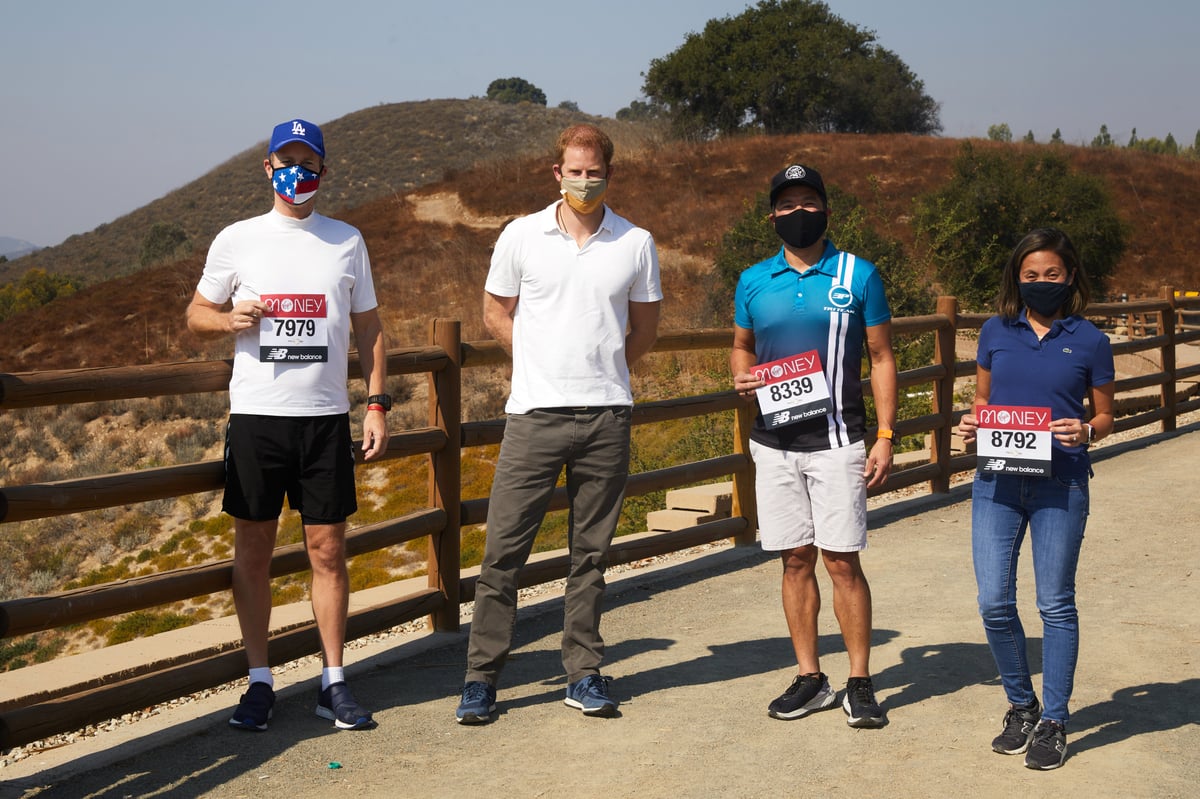 Then, on October 20, Harry and Meghan appeared in a new official portrait. Once again, there was no sign of Harry's supposed ponytail.

On November 14, Harry made a surprise video link appearance on Britain's Strictly Go Dancing. As The Cut reported, the Duke of Sussex "kept his head rather straight and stiff" throughout the appearance, which seems... suspicious. 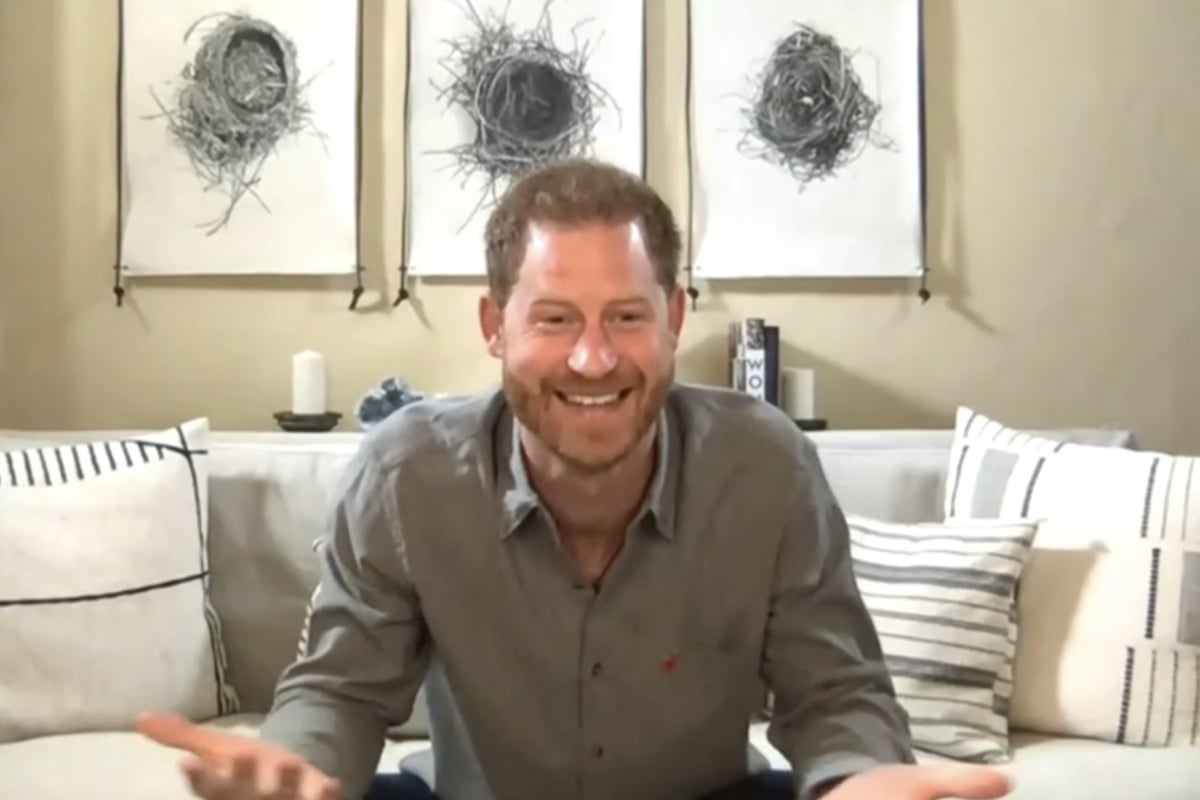 But never fear, we have an even more recent photo to examine.

On December 24, the Duke and Duchess of Sussex released their 2020 Christmas card.

The card featured a ponytail-less Harry, Meghan, Archie and their two pups, Pula and Guy. 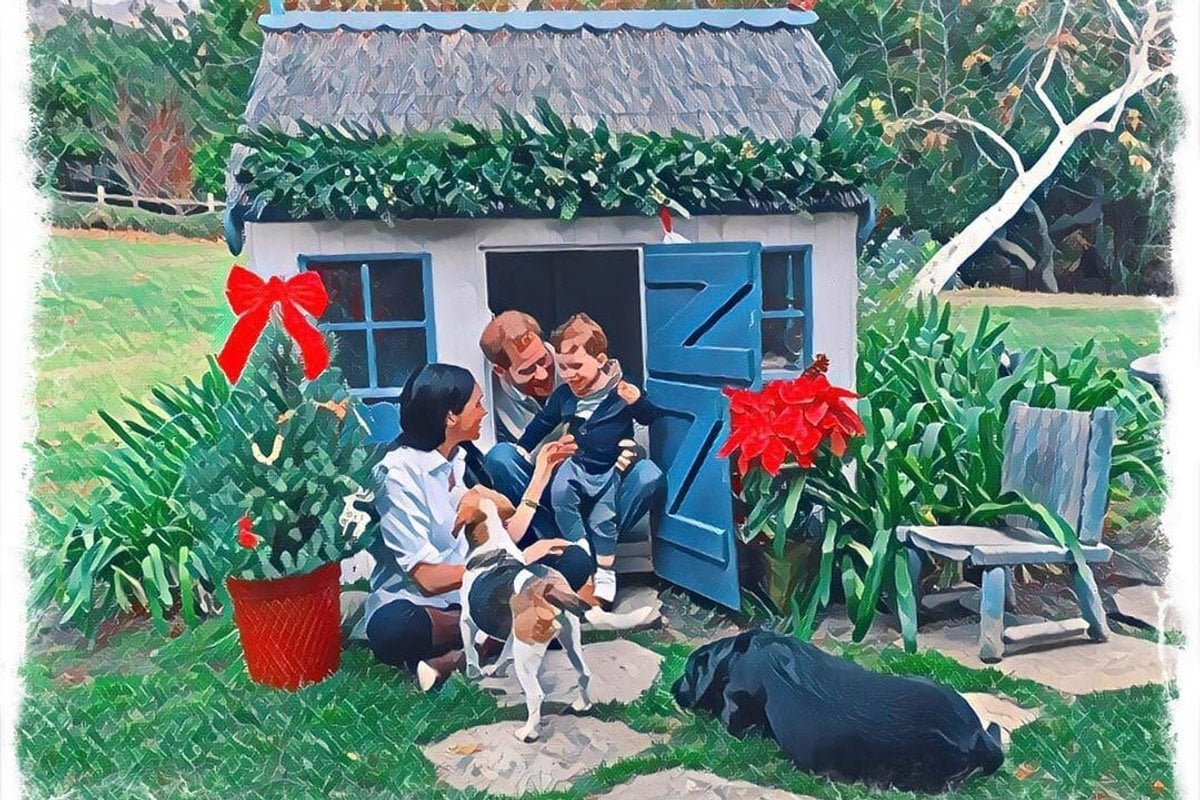 Okay, let's do the math.

It's been three weeks since Meghan and Harry released their Christmas card, and less than a week since Rob Lowe allegedly saw Prince Harry's ponytail.

IT DOESN'T ADD UP.

IT'S LITERALLY NOT POSSIBLE FOR HARRY'S HAIR TO GROW THAT FAST, OK?

What have the royal experts said?

As expected, royal experts have responded to this *checks notes*... very important scoop.

"Public service announcement: In case anyone was wondering, Prince Harry has most definitely not grown a ponytail," she tweeted.

Public service announcement: In case anyone was wondering (@roblowe), Prince Harry has most definitely not grown a pony tail 💇‍♂️

ROB LOWE IS UNEQUIVOCALLY A LIAR AND WE SHARN'T BE LISTENING TO HIM ANYMORE.

But... why did Rob Lowe say Prince Harry had a ponytail?

Interestingly, it seems that Rob Lowe has a particular interest in talking about the royal family's hair.

In 2019, the actor commented on Prince William's hair loss when he was asked if he considered himself more or less vain than British men.

"That’s a low bar. Can we talk about William?" he told The Telegraph.

"I mean, the future king of your country let himself lose his hair! So when I say British men set a very low bar..." he trailed off. "Honestly, one of the great traumatic experiences of my life was watching Prince William lose his hair. He’s going to be the f**king king of England!"

The 56-year-old later walked back on his comments on Good Morning Britain.

"My point was, here’s a guy who is fully comfortable in his own skin, then on the other side of the coin, you have me," Lowe said.

"I can’t even watch another guy go bald without being even more narcissistic and wanting to plug in the Propecia into a drip into my own.