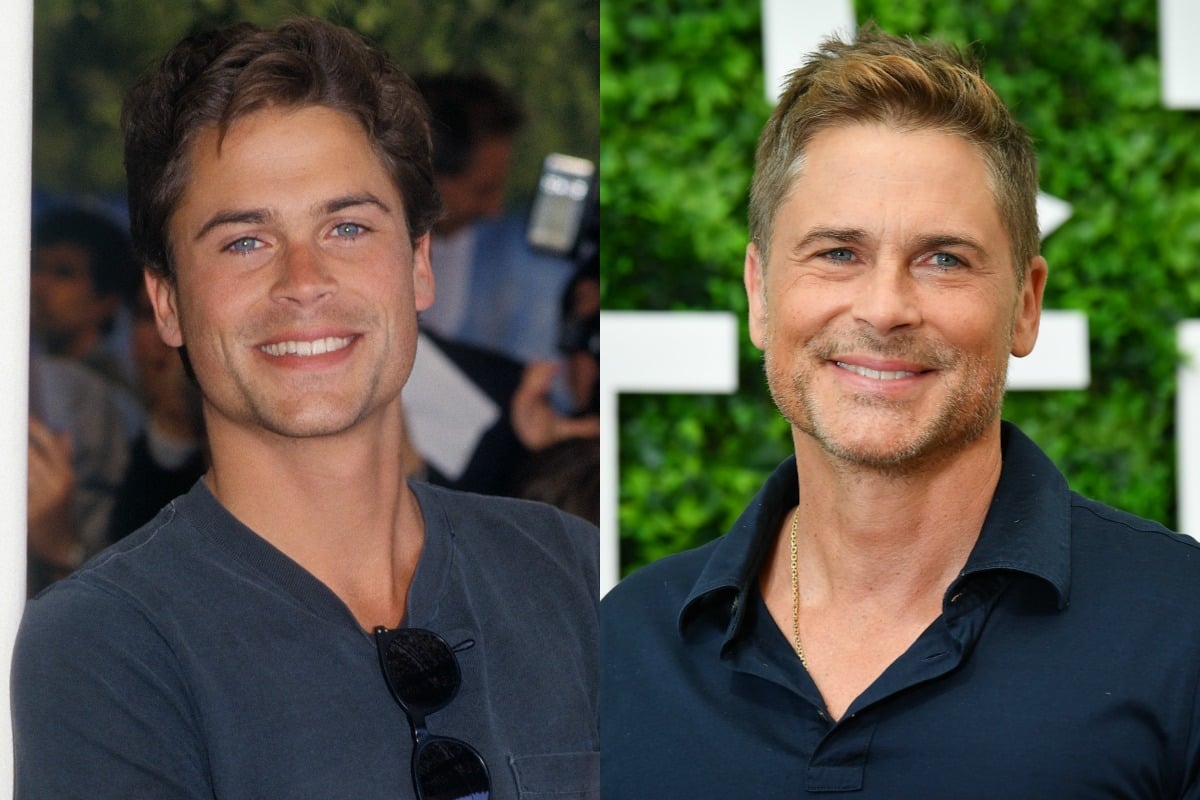 More than 31 years ago, actor Rob Lowe went back to a hotel with two young women he’d met at an upscale Atlanta nightclub, Club Rio.

Just 24 years old at the time, and during his Brat Pack era, what transpired in that hotel in 1988 would come to define Lowe’s life, but ended up causing just a small blip in his otherwise successful acting career.

Not long after, a video tape was released of Lowe having sex with those two young women: One was 23, and the other 16.

The women had taken off from the hotel with $200, a bottle of pills, and the cassette from the video camera while Lowe was in the bathroom. Reports from the time alleged they attempted to sell the tape, but after being rebuffed decided to distribute it themselves.

Lowe maintained that he didn’t know the teen was so young. The legal age in Georgia at the time was 14, although 18 was the legal age to be in such a recording.

If charged, he could've faced years in prison but ultimately, the actor settled a lawsuit with the 16-year-old's family in November 1989 and was not charged with a crime.

Lowe recalled in his 2011 memoir Stories I Only Tell My Friends how his phone stopped ringing and jobs dried up, until a part in 1992's Wayne's World resurrected his career.

In 1990, while on a major press tour for the movie Bad Influence, he spoke candidly about the tape. He made jokes about it on Saturday Night Live and poked fun at his reputation.

"I had people come up to me on the street afterwards and say, ‘Hey, you know, I do it all the time. The difference is you got caught,'" he told Interview Magazine in 1990.

Lowe married makeup artist Sheryl Berkoff in 1991, after three years of dating. They'd first met on a blind date in 1983 and again on the set of Bad Influence.

Two years later, they welcomed their first son Matthew Edward Lowe, now 26 and a lawyer, and in 1995, John Owen Lowe was born.

Now 24, John starred with his father and Kristen Davis in Netflix movie Holiday in the Wild.

"People always ask, 'Do you have any advice about marriage?' and I'm reminded of when they asked Alfred Hitchcock about making a hit movie.

"He said, 'It's all about the casting,' and that's the same with marriage," Lowe said.

"It really is all about who you pick. I always say to people, 'If there's any way to marry your best friend, do it.' 'Cause the rest of it comes and goes, and I was very lucky there."

He said they were not afraid to seek outside help when going through a rough patch, and he was pleased that openness to therapy extended to their sons.

"The one thing, though, that has been a part of our family is the notion of therapy as a sort of proactive, non-shaming [practice], like a trainer," he said.

"Half of us don't know how to communicate, and it's only getting worse with texting and all of that. Communication is a huge thing, and we still struggle with it.

"Sheryl and I still have somebody we would see if we ever felt like we need it. We do it less and less, but there have been times where we've been seeing someone... I always come out of it feeling even more reconnected, but I think that people look at it as a sign of trouble. That there's an admission that the relationship's in trouble or there's shame around it... There's a lot of bad energy around it and it's no different to going to a chiropractor or trainer, you're training your ability to connect with somebody that's important to you."

These days, Lowe says the scandal is the reason his life is the way it is. Soon after in 1990, Lowe got sober.

"It's one of the reasons why I got sober," he told SiriusXM's The Jess Cagle Show in October. "I, like, woke up one day and was like, 'What am I doing with my life?'

"People talk about it, I go, 'I think it’s the best thing that ever happened to me,'" he continued.

"Honestly, I do, 'cause it got me sober. Sober got me married. I’ve been married 28 years, and I have two great sons. I don’t think any of that happens without going through that scandal. I really don't."

He has joked that biggest regret is not the sex tape, but the timing of it. These days, the reaction to Hollywood sex tapes is different.

"The real f*ck up was that I didn't wait 20 years later to do it where it would have helped my career. I was one billion percent ahead of the curve," he told The Mirror.

"Now, celebrities go out and have press conferences and get up front about it. In those days there was more discretion and we were told to be quiet and it would all go away.

"It’s such a different world now. People make tapes to make money - and make a lot of money. And to make careers. It’s literally impossible to compare."

14 as the age of consent is insane