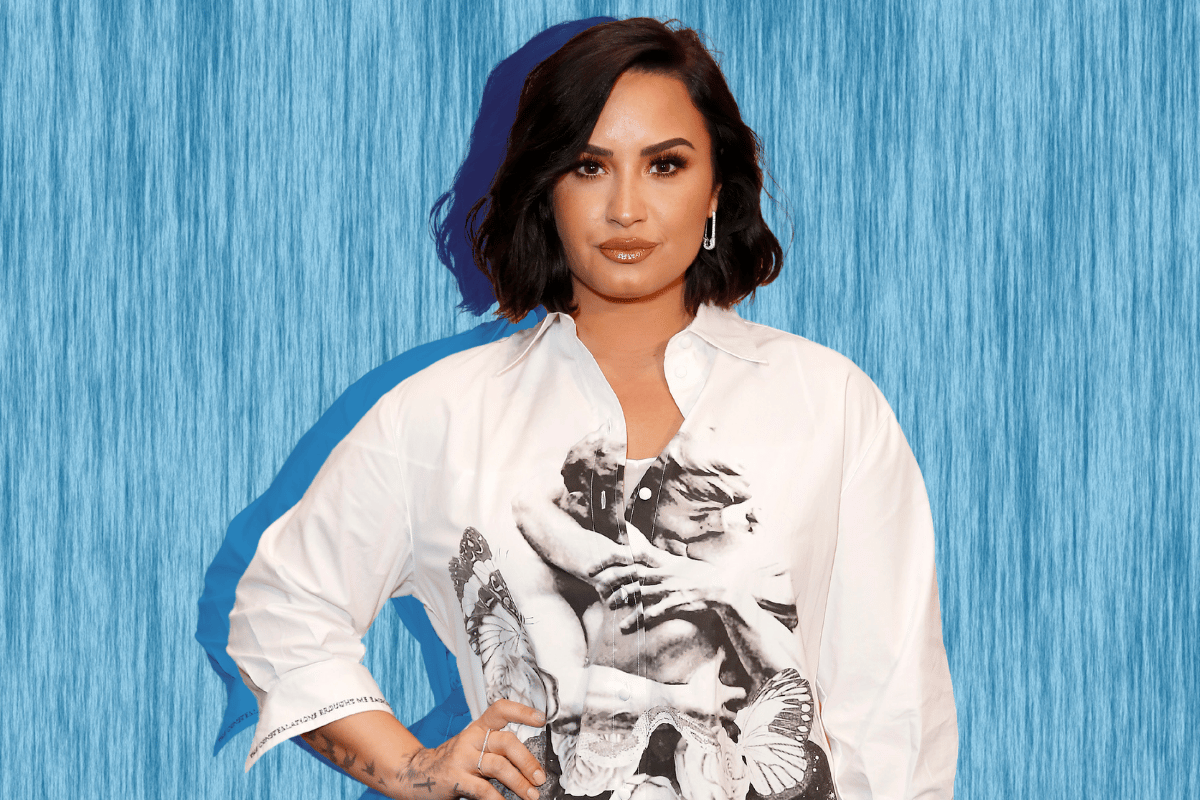 This post deals with drug abuse, self harm and eating disorders and might be triggering for some readers.

Demi Lovato was just seven years old when she walked onto the set of TV show Barney & Friends.

In the years that followed, the child actor would go on to make a name for herself as a Disney Channel star, become an award-winning singer and a judge on The X Factor US. But among her many successes, she would also face mental health issues, substance abuse, and an overdose which nearly left her for dead.

Now, a new documentary Demi Lovato: Dancing with the Devil will pull back the curtain and give us "unprecedented access" into the 28-year-olds rise to stardom, personal struggles and path to recovery.

"I’ve had so much to say over the past two years, wanting to set the record straight about what it was that happened," Lovato says in the trailer.

Watch the trailer for Demi Lovato: Dancing with the Devil. Post continues below.

According to its official description, the four-part documentary, directed by Michael D. Ratner, will look at "the superstar's personal and musical journey during the most trying time of her life as she unearths her prior traumas and discovers the importance of her physical, emotional, and mental health". It also promises "an intimate portrait of addiction, and the process of healing and empowerment".

Demi Lovato: Dancing With The Devil, which will air on YouTube Originals next month, will also feature interviews from her family and friends, as well as a few famous faces.

Here's everything we know about Demi Lovato's new documentary.

What we learnt from the Demi Lovato: Dancing With The Devil trailer.

As shown in the trailer, the documentary will look at the singer's struggles with addiction, including her near-fatal drug overdose which saw her rushed to hospital in 2018.

At the time, Lovato addressed the incident on Instagram saying, "I have always been transparent about my journey with addiction. What I’ve learned is that this illness is not something that disappears or fades with time. It is something I must continue to overcome and have not done yet".

Now, fans will get an insight into how the events unfolded and just how close the 28-year-old came to death.

"I had three strokes. I had a heart attack. My doctors said that I had five to 10 more minutes," she says in trailer, which includes an image of the singer's hand hooked up to an IV.

"She should be dead," one of her best friends tells the camera. 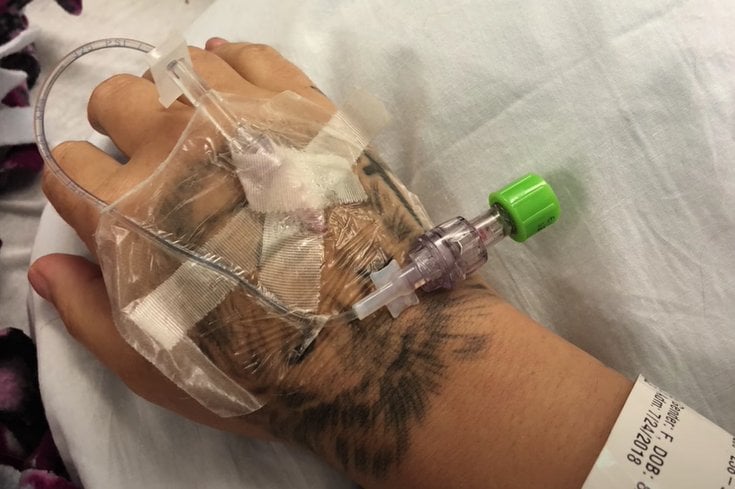 Lovato elaborated on her health issues on a recent panel during the Television Critics Association’s 2021 winter tour.

"Unfortunately, I was left with brain damage and I still deal with the effects of that today," she explained.

"I don’t drive a car because I have blind spots in my vision. I also, for a long time, had a really hard time reading. Reading was a big deal and when I was able to read out of a book, which was like two months later because my vision was so blurry. I dealt with a lot of the repercussions, and I feel like they’re kind of still there to remind me of what could happen if I ever get into a dark place again. I’m grateful for those reminders."

But her overdose isn't the only thing the documentary will follow. It will also touch on Lovato's two month engagement to her ex-boyfriend Max Ehrich.

In one clip, we see Lovato happily announce "I'm engaged" while showing the camera her engagement ring. It then cuts to a clip of her holding up her left hand which very clearly doesn't have an engagement ring on it. 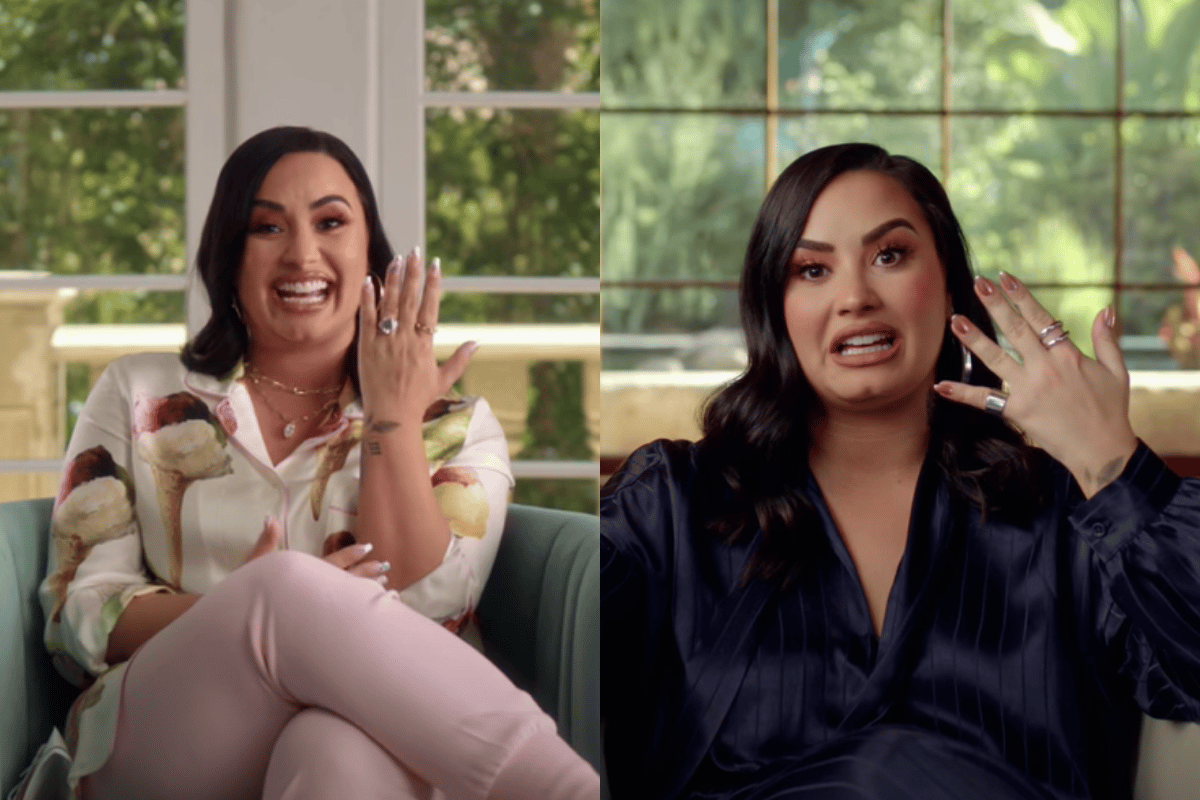 In case you need a refresher, the couple announced their engagement in July before People magazine confirmed their split in September.

"Demi and Max have decided to go their separate ways to focus on their respective careers," a source told the publication. "They have respect and love for one another and will always cherish the time they spent together."

Ehrich then went rogue on Instagram and claimed he found out about the breakup in the media, which sources close to Demi repeatedly denied.

"Imagine finding out about the status of your relationship through a tabloid," he wrote on his Instagram stories in September. "While [you’re] in the middle of filming a biopic movie about a Pastor in a Christian Church whose intention of the film is to help people."

How it will compare to the previous Demi Lovato documentary?

Demi Lovato: Dancing With The Devil isn't the first documentary the Disney star has released.

Back in 2017, Lovato opened up about her personal life and rise to stardom in the YouTube documentary Simply Complicated.

However, while the original documentary followed her struggle with mental health and addiction, this new four-part series will look at her 2018 overdose, as well as her path to healing and recovery.

Who is in the Demi Lovato: Dancing With The Devil documentary?

Throughout the documentary, we'll hear from Lovato's friends and family, including her mother, Dianna De La Garza, stepfather, Eddie de la Garza, and her sisters.

The series will also include interviews from musicians Elton John and Christina Aguilera, who we got to see in the trailer.

Where to watch Demi Lovato: Dancing With The Devil documentary in Australia.

The documentary will be free to watch on YouTube Originals on March 23.