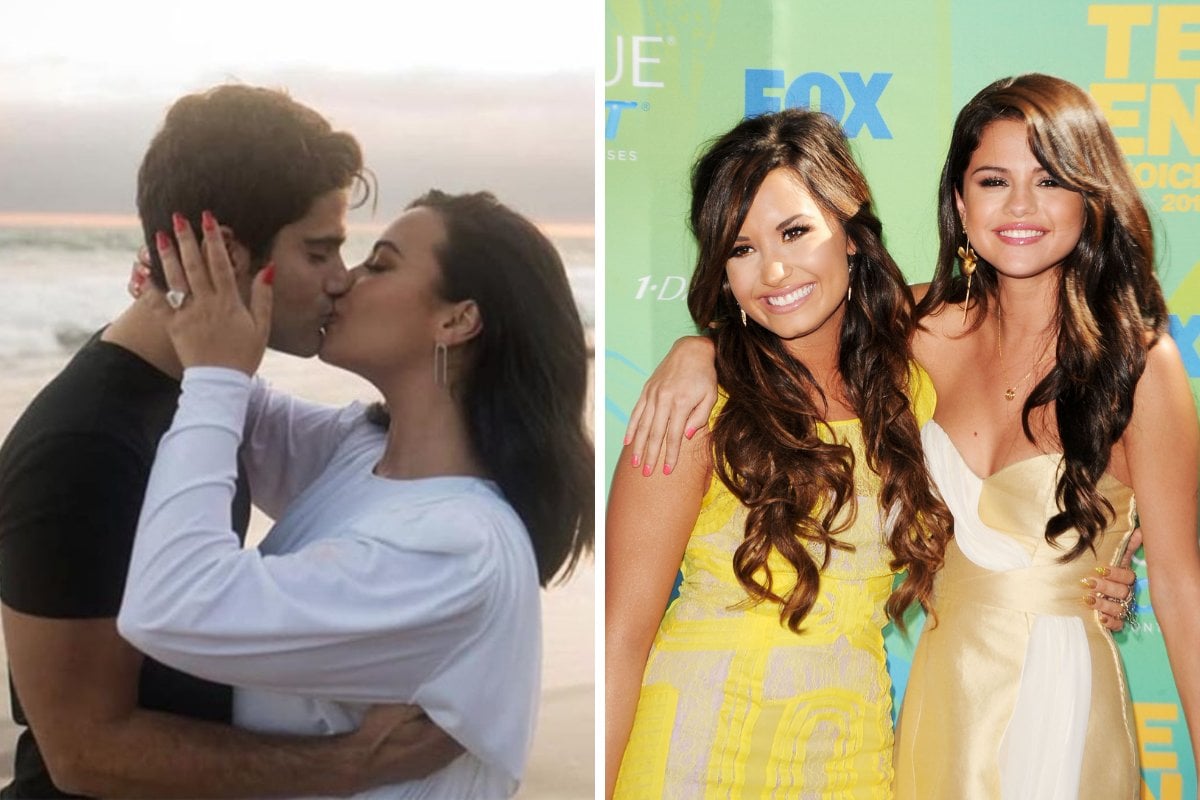 Quick fact: Demi Lovato and Max Ehrich, who got engaged after four months of dating through quarantine, have now broken up.

The PR answer seems to be tied to a statement made by a source close to the couple to People magazine, saying they “decided to go their separate ways to focus on their respective careers”. And while a flurry of deleting mushy Instagram posts happened shortly after the split, the source also states: “They have respect and love for one another and will always cherish the time they spent together.”

However, since their uncoupling hit headlines, there have been a fair few receipts popping up that have changed the narrative of their breakup. And now there’s a new character in the mix: none other than Selena Gomez.

Disney Channel die-hards will know that Demi Lovato and Selena Gomez have a friendship that goes way back. They first met in 2002 when they appeared on Barney and Friends together and they remained super close as their respective careers blossomed.

However, things took a turn in 2010 when a fan asked Lovato how Gomez was, to which she replied, “Ask Taylor”.

For reference, around this point in time Selena Gomez had become very close to Taylor Swift, which was clearly seen by Lovato as disrespectful because Swift had gone on a date with Lovato’s well-known ex-boyfriend, Joe Jonas.

Since then, Gomez and Lovato have had quite the on-again-off-again friendship, but if these new rumours are true, we’re pretty sure it will mark the final nail in the coffin for the pair.

What’s going on with Max Ehrich and Selena Gomez?

Fans of Lovato have been doing some major digging to uncover some strange nuances in Max Ehrich’s behaviour, with Twitter users accusing the actor of being an “obsessive fame leech”.

This harsh title supposedly stems from Ehrich’s rumoured ‘obsession’ with Selena Gomez, which feeds into the following rumours…

Max Ehrich allegedly tweeted in the past that he was “going to marry Selena Gomez” as well as comparing Gomez and Lovato on the platform and reaching the conclusion that Gomez was “prettier” than Lovato.

Super sleuth @fbchkdmg published a screen recording of Ehrich hosting an Instagram Live with a Selena Gomez fan, where he shared some pretty heartfelt statements about the singer.

He also responded to fans in the comments of one of Gomez’s own Instagram Lives, asking her to “MARRY ME NOW”, sending over his phone number, asking her to “come to church with me on Sunday,” and even referring to Gomez as his wife.

Nothing says ‘commitment’ like a tattoo, right? Well, apparently Ehrich has an identical musical note tattoo to Gomez as well as an ‘S’ in white ink on his other wrist. 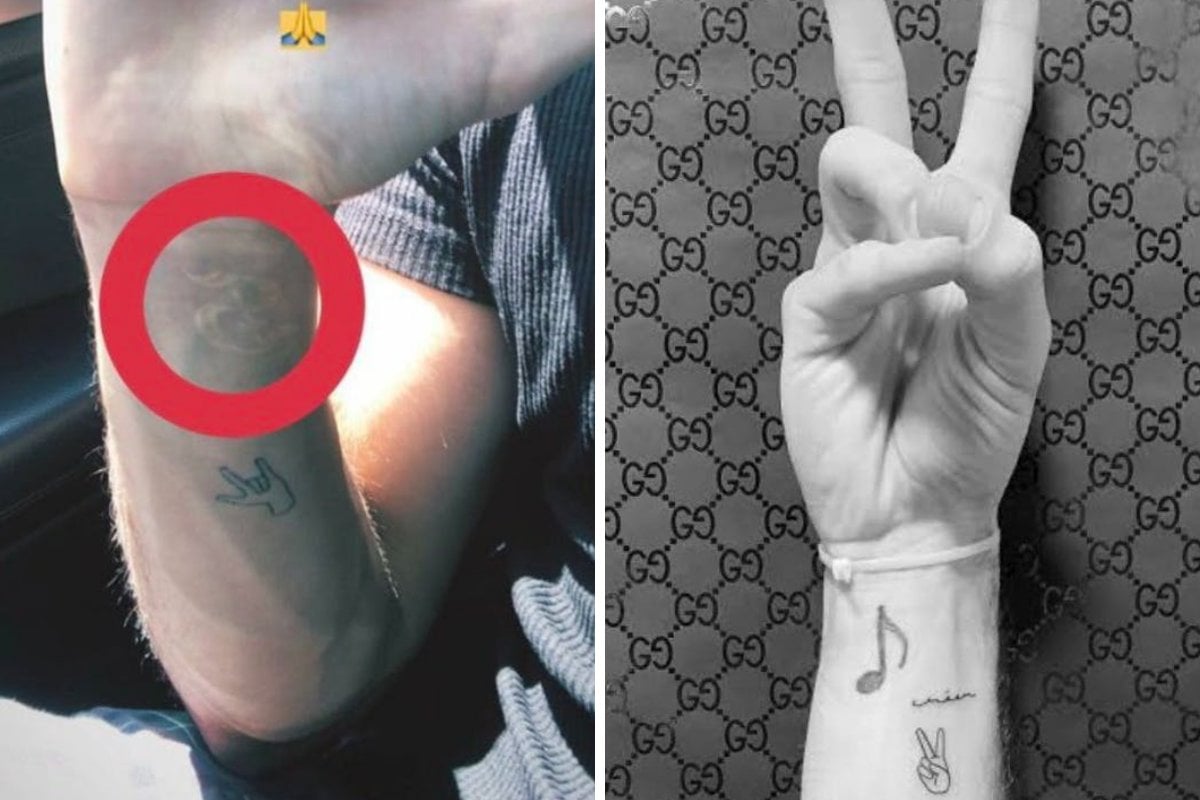 Ehrich has denied that it stands for ‘Selena’ and says it instead symbolises ‘Surrender’, but the internet thinks differently.

Okay, we may be getting into Game of Thrones-levels of theories now, but we simply want to share the ‘evidence’ gathered up by fans of Lovato - and this one has been making the rounds in a massive way.

Apparently it’s no coincidence that Ehrich and Lovato got engaged on July 22...

...Yes, you guessed it. Ehrich proposed to Lovato on Selena Gomez’s birthday.

Which, now you’ve read through all the rumoured weirdness, the whole thing feels just a smidge uncomfortable.

So far neither camps have said anything on the matter, instead spending some time deleting and archiving social media posts about their relationship or, in Ehrich’s case, shutting down their social accounts completely.

While that doesn’t confirm that he’s guilty of having an obsession with Selena Gomez, and he may simply be shutting down any avenue for Lovato’s fans to give him grief, it does mean that Ehrich cannot confirm or deny the rumours at this time.

We just hope that all of this is simply a giant conspiracy theory and both Ehrich and Lovato can move on with their lives peacefully.