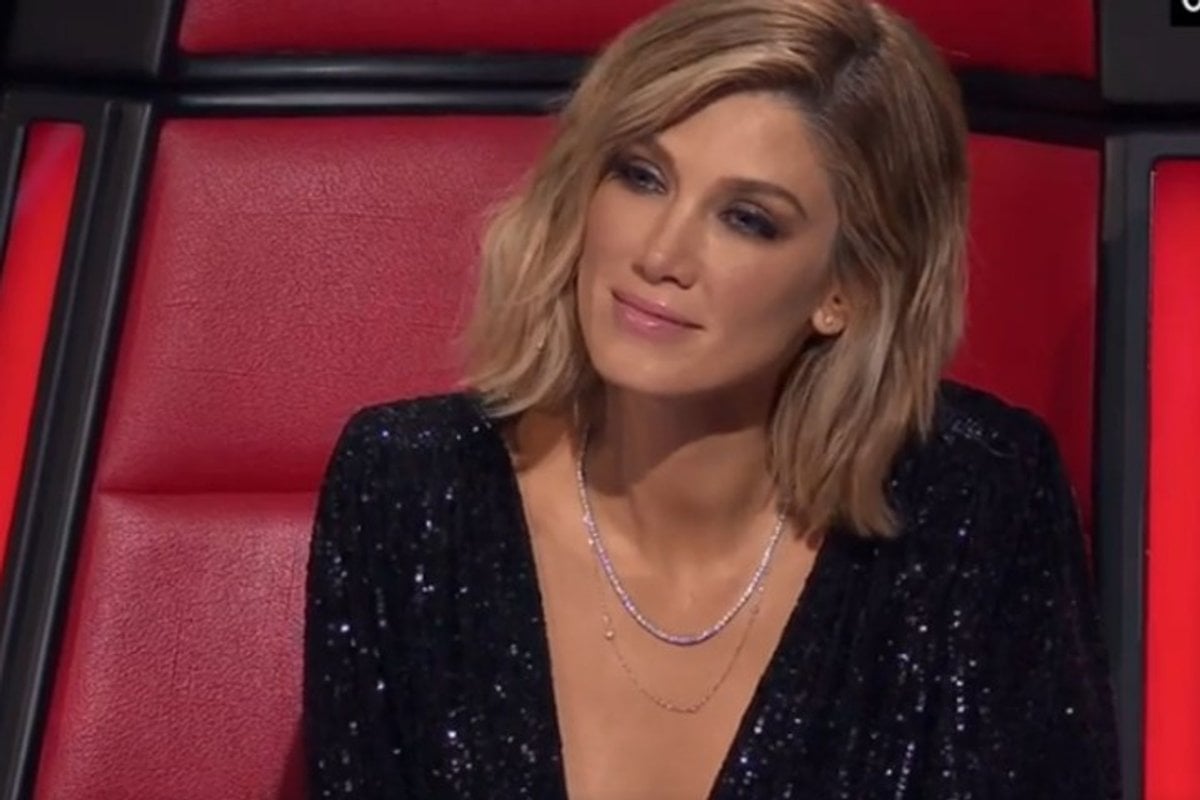 I was disappointed when Delta Goodrem announced in early December that she would not be returning to The Voice Australia in 2021. The show was changing networks and, in the process, switching their judges.

As a previous contestant of The Voice, I read the news of Delta Goodrem’s departure with a sigh.

In 2019, I was asked to audition for the singing competition. When they asked me, I was ecstatic. I had watched the show since the first season and the chance to prove myself on such an influential stage was an opportunity I couldn’t pass on.

But being on the show was not what I had expected.

I had to do one pre-audition for the producers before the actual blind audition. Here, we rehearsed my blind audition song and I did a few interviews with producers. They asked me what my coach preferences were, presumably so they could work out who would be on each team. I told them I would choose Goodrem first, Boy George second, Guy Sebastian third and Kelly Rowland fourth. They reminded me to tell them if my preferences changed.

Everything seemed very carefully crafted. During the interviews for camera, one of the producers came down and told me that I was doing a great job but they needed more energy from me. It seemed I wasn’t being dramatic enough for them. My mum and sister were even asked to gape at a photo of Goodrem on the wall. The producers must have told me ten times backstage to make sure I fawn over Goodrem when I talk to her, even if no chairs spin.

Then, it came time for my blind audition. I was on the last day of auditions so the teams were almost full. I sang ‘Jar of Hearts’ and although it was a nerve-racking experience, I was really proud of my performance. Technically, I thought it was one of my best. Alas, none of the judges turned their chairs.

I gauged the reaction of the coaches after I had finished. They were all pleasant but their interactions were quite dull, without the usual theatrics you see on television. Boy George gave me some feedback, saying he really liked the end of my performance. Guy Sebastian said he liked my fight, and Kelly Rowland asked if I enjoyed being on stage.

I assume that Goodrem saw the disappointment in my eyes. It was pretty disheartening to give my all to a performance and come away with nothing. As I was about to walk offstage, Goodrem decided to come backstage with me. When the cameras stopped rolling, she greeted my mum and my sister before having another chat with me. She encouraged me to continue singing and said she wished she had turned her chair. She made sure I was alright, before she returned to the stage.

Listen to Mamamia's daily entertainment podcast, The Spill. On this episode, hosts Laura Brodnik and Kee Reece interview Delta Goodrem about the dark moments of fame. Post continues below.

I never anticipated the impact that a single blind audition could have on my confidence. I had a long chat with one of the “All-Star” contestants (a person who was on a previous season of the show) backstage. Somewhat wearily, he told me to remember that The Voice is just a television show and that rejection is not a measure of talent but rather a reflection of what the show is specifically looking for. I also read about “All-Star” contestant Ellen Reed, who had spoken about how damaging the show can be for young contestants.

I never thought this would be an issue until I went on the show myself. But less than five minutes after I had finished my blind audition, I was in the carpark. I never saw anyone from the show again. It’s a brutal and unceremonious exit and not something you can truly prepare yourself for. I didn’t expect that moment to be as tough as it was.

This is why Goodrem’s words were so important to me. She didn’t do it to impress a television audience. She talked off-camera to simply encourage me to keep going. I doubt I would have kept singing after that experience if it wasn’t for those words. Goodrem helped me view the experience as positive and gave me the encouragement to keep going. And I was only on the stage for five minutes.

For this reason, her loss will be felt so heavily on the show. Over the last nine years, Delta Goodrem has become such a valued judge on The Voice - for viewers and contestants alike. She made artists like me want to audition, and gave the show credibility.

My experience on The Voice would have been a very different one if it weren’t for her. Although the show was not what I had expected and my audition was not televised, her words encouraged me to believe in myself. Even in five minutes, she went above and beyond what I could have ever expected her to do. And for that, I’m sure I’m not alone in wanting to thank her for what she has given to The Voice and to the Australian music industry.

I hope the show can fill the enormous void she will leave.

Reply
Upvote
2 upvotes
This speaks volumes about Delta's character. Sometimes Delta- bashing seems like a social media sport. It's nice to hear something positive like this.
I'm on Team Delta!

Reply
Upvote
What a beautiful story - what did she say to you? I heard from a few people who auditioned from the voice that she usually just said if they kept at it they’d be a superstar in a few years but never any advice. I need some Delta wisdom!