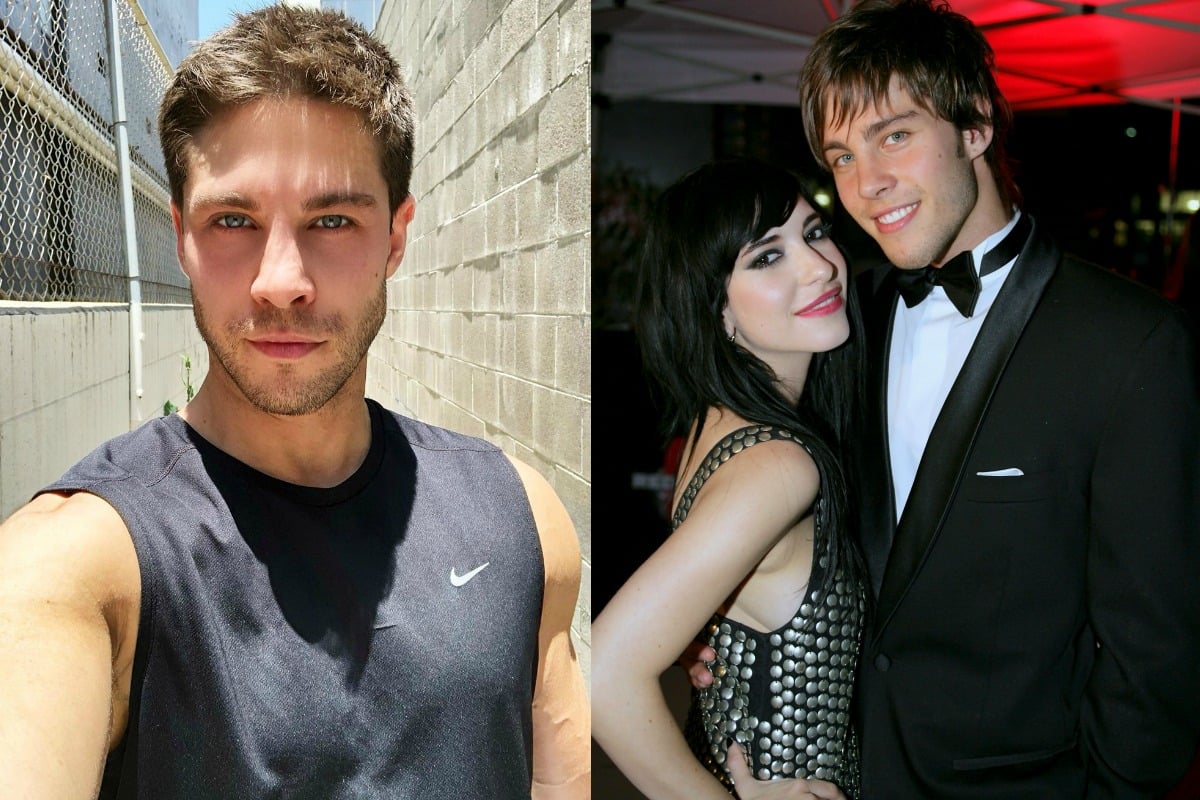 He was the teenage hearthrob who graced the covers of teen magazines and was adored by a generation of young girls.

Dean Geyer, who first appeared on Australian Idol, quickly rose to fame on hit TV show Neighbours before making it big in Hollwood on Glee.

The 34-year-old has come a long way since migrating from South Africa at just 15 years old and continues to make a name for himself in both the acting and music industries.

14 years on from his Idol debut, here's a look at what Dean has been up to.

His beginings on Australian Idol.

We first met Dean on season four of Australian Idol in 2006. The young singer auditioned in his hometown of Melbourne and went on to impress the judges (and the rest of Australia) with his self-composed song 'Nice to Meet You'.

Alas, the then 20-year-old ended up placing third in the compeitition behind winner Damien Leith and runner-up Jessica Mauboy.

But while he may not have taken home the win, Dean was thrust into the spotlight and his debut album Rush ended up making it to top seven on the ARIA charts the following year.

"I had such a great run, I was blessed to do so well on Australian Idol even though I was not one of the best vocalists on the show for sure," he told The Morning Show last week. 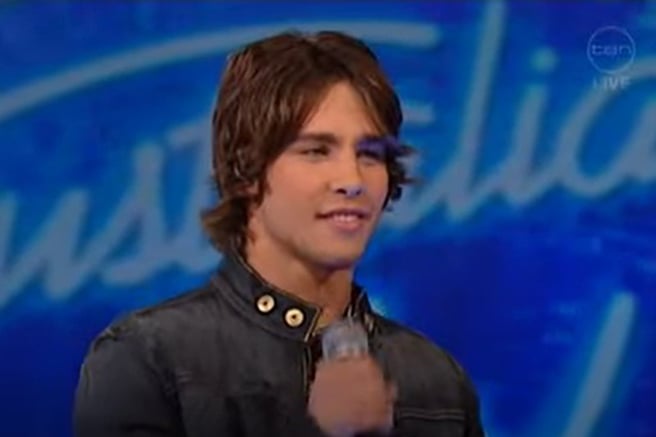 His acting career on Neighbours and Glee.

After Australian Idol, Dean tried his hand at acting when he was offered a role on TV soap opera, Neighbours.

It was a career move that he wasn't expecting.

"After Australian Idol I still had a huge passion to become a pop star. Acting came out of nowhere for me,” he told The Advertiser in 2012.

"Neighbours offered me a one-year deal and I really have them to thank. That was where I learnt everything I've based my acting career on." 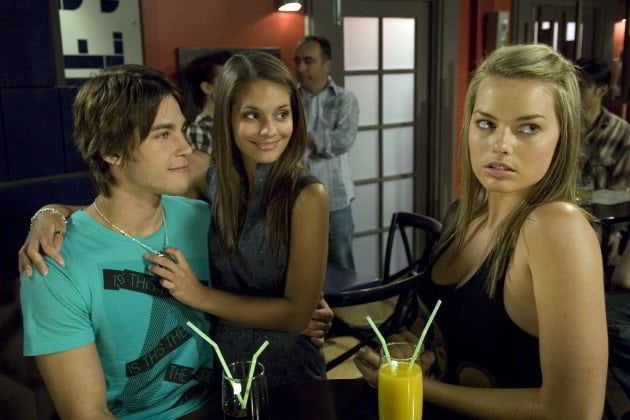 But the following year he decided to quit the show.

"I was fairly happy with how Ty turned out, I really enjoyed playing Ty, but I needed a lifestyle change," he told news.com.au.

As a committed Chrisitan, Dean said the he struggled with some of his character's storylines.

"In some instances my personal beliefs maybe were contradicting with what the character was doing," he told the publicaiton.

"I am not saying I was forced to do anything, but looking at the character I don't necessarily agree with everything he did."

After Neighbours, the singer-turned-actor went on to appear in Steven Spielberg's TV series Terra Nova in 2011.

A year later he scored his big break in Hollywood when he landed the role of Brody Weston on hit TV series Glee.

"WOW!! I feel absolutely speechless, and so honoured to be joining the undeniably talented team of @GLEEonFOX!!" the then 26-year-old tweeted at the time.

"I'm very excited for the journey, and I'm warming my voice up as we speak."

But before playing Lea Michelle’s love interest on the show, Dean had to go through rigours audition process.

"For me, this role seems like it was one of the most sought after this year. You're never sure which pilots are going to go to air, so to score a role on a show that's had such a successful few seasons is incredible for me,” he told Teen Vogue. 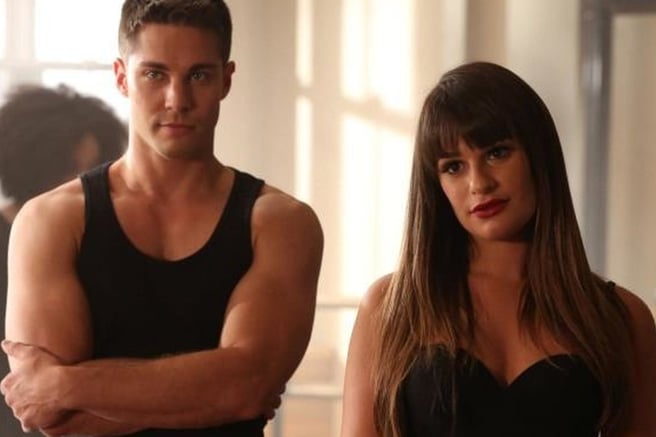 The 34-year-old recently defended Lea when she was accused of bullying other Glee cast members.

Speaking to the Daily Mail last month, Dean explained that the actress was very welcoming when he joined the show.

"When jumping onto a hugely successful and established show like Glee, I went into it expecting to be known as the 'new guy' for at least a month, but that wasn't the case at all. I almost immediately felt welcomed, and to be totally honest, out of everyone, Lea was the most friendly to me," he told the publicaiton.

Dean also paid tribute to the late Glee actress Naya Rivera after her body was discovered in in California's Lake Piru earlier this month.

"Naya was an unbelievably talented performer who I got the pleasure of working with. The only thing that rivalled her acting abilities was her incredible voice," he told The Daily Telegraph.

"I am extremely saddened to hear that we have lost someone who had such a positive impact on so many people's lives through her art."

In an interview with Today Extra, Dean explained that his last days filming the show were spent with the Naya.

"What is crazy is one of my last two scenes [on Glee] was shot with her [Naya] and Cory, which is nuts because on the anniversary of his death they found her at the lake," he said.

A brief engagment to one of The Veronicas.

Back in 2008, Dean was briefly engaged to The Veronicas singer Lisa Origliasso. And by 'brief' we mean, for three months. 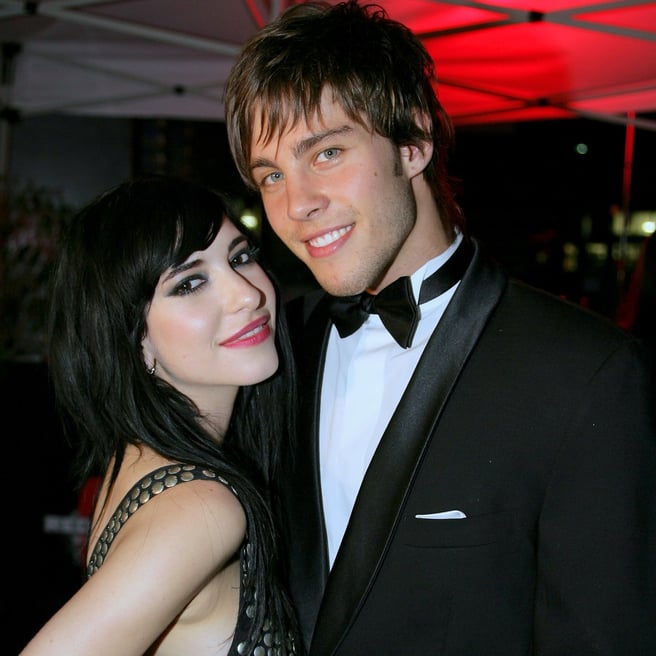 While the relationship didn't end up working out, the expereince taught Dean a few things about himself.

"It was a good turning point for me, because I think I was still very young and ignorant. At that point in my life, I was being caught up in the success of Idol and what was going on with my music, just touring around and just having fun, fun, fun," he told news.com.au.

"I don't think I paid attention to the enormity of the commitment [that] getting engaged [is] and the situation.

"It taught me to think about things in a lot more depth. Not that I regret it. Everything happens for a reason."

Three years later, Dean met his now wife and Amercian actress Jillian Murray on the set of the 2011 film Never Back Down 2.

"I'm so glad I did that movie, for sure," he told the publicaiton.

The pair later tied the knot in 2017 in front of 75 of their closest friends and family at Santa Ynez Valley.

Happy anniversary to my little firecracker of a wifey. I’m so grateful that i get to be by your side sharing these unforgettable moments together. Many more adventures to come! Love you xx @jillianmurrayofficial

Dean returned to our screens in 2016 when he appeared on season two of I'm A Celebrity...Get Me Out Of Here!

After leaving the jungle, Dean said the show was a good opporunity to prove there's more to him than just his looks.

“You can’t get any more raw than this show so people got to see who I really am and if they still judge me just by my face or with my shirt off then that’s fine but this was a good way to get away from that focus that it has been on for the past eight years or something," he told news.com.au at the time.

These days, the 34-year-old is focusing on his music, having recently released a new single.

“This year just felt like the right year to release some songs. I had three ready to go. I’ve got a bunch more that should be coming up," he told The Morning Show.

“I’ve just been doing a lot of writing. Especially now that COVID has hit, what else is there to do other than to be creative?”