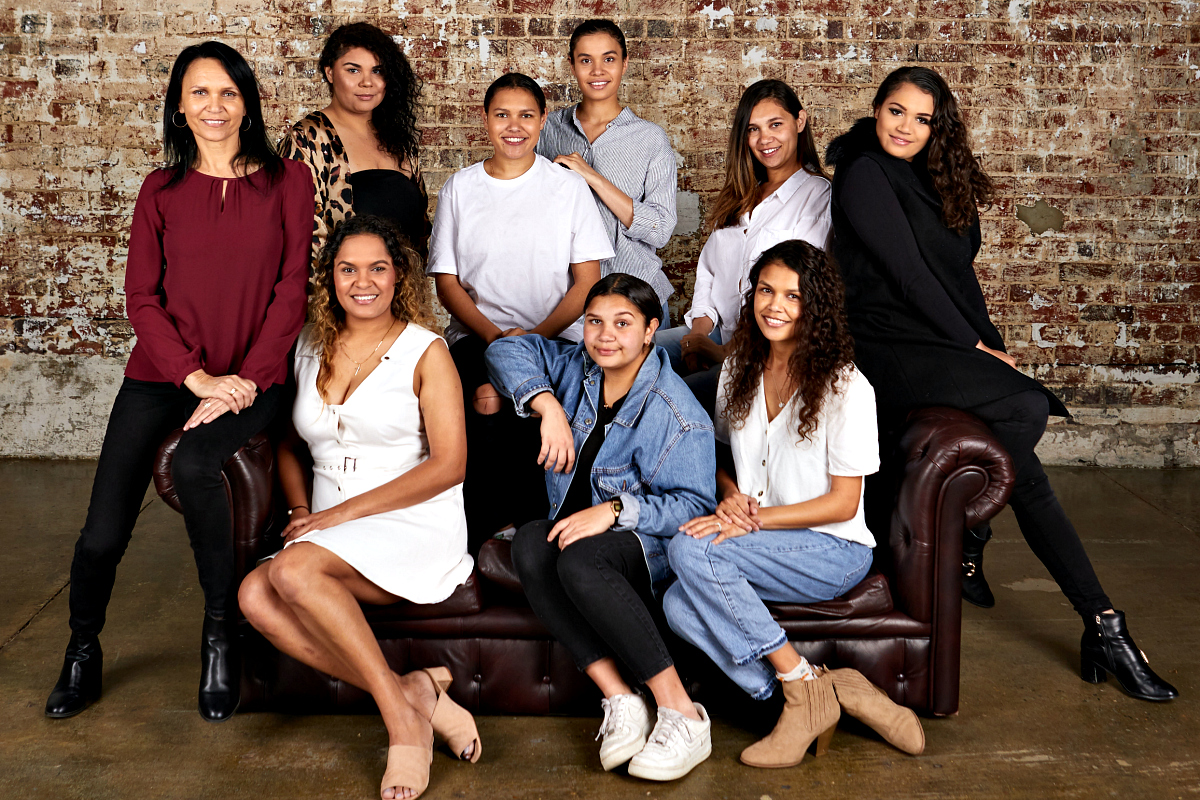 Daniella Borg never planned to have a large family.

Yet after the Noongar woman gave birth to her first child at 17, she and her partner, Kevin Rule, went on to have eight more. All girls.

"It sort of evolved naturally," she told Mamamia. "I was pretty lucky in the sense that my pregnancies weren't troublesome to the degree that would stop me having another baby. So I carried the babies well, and I think I just was a natural-born mother, if you like.

"I found that out as I went through my parenting experience."

Daniella and her girls, who are now aged between 16 and 33, are the subject of the popular NITV reality show, Family Rules, which charts their beautifully busy life in Western Australia.

It's a story of culture, of community, challenges and triumphs, and of single motherhood.

Daniella has been raising the girls on her own since 2004 when Kevin was killed in a one-punch attack. After receiving the news via a horrifying phone call, she found herself alone, with a newborn baby and eight other children under 17.﻿

"When you lose a partner, you're mourning, but you're also mourning for your children — and I had nine. I really struggled with that, in terms of making sure that I supported each and every one of them," she said.

"Each was going through grief in their own way because they were all different ages. One was crying that she wanted to go Heaven, and one was just shut down... The only way that I found that I could support them, was to do it together. So we'd often all sit in the lounge room and just talk. And that built our relationship as we went through; we always had each other."

Much of her strength came from her eldest daughters. They supported her, inspired her not to fall into the "deep pit" that opened up with Kevin's death. Putting them first helped her endure. 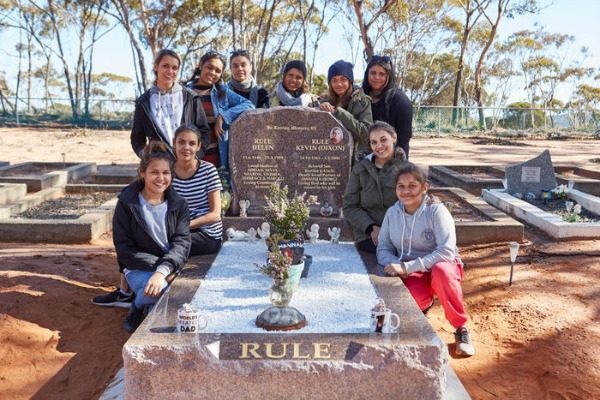 The Rule girls at their father's grave. Image: Supplied/SBS.

She also had to lean on them to keep the household running. But cooperation had always been a big part of their lives.

"I don't know if that's a good thing or a bad thing, but they grew up in a family where older siblings do have a responsibility," she said.

"We want them to be children and we want them to experience life and grow up to be teenagers. But at the end of the day, they have to look after their sisters. So, if was in the shower and one of them was crying for a bottle, then they'd get in there and put milk in the bottle and give it to the baby. It was natural for everybody to chip in."

"I distinctly remember I had to wash clothes every day. That's number one. I washed every day because if I didn't wash that pile up," she said.

"I would make the lunches the night before and stack the lunchboxes up...School uniforms were packed on the table in order. Usually the older ones got up first and had their showers and then the rest followed through — we only had one shower in those days, so they had to be quick.

"I remember doing a timetable for the showers, a roster for the dishes, all those sorts of things, to try to limit the chaos."

She's surprised they all got through it. In fact, they've thrived.

Daniella chat's more about her story with Mia Freedman on No Filter. (Post continues below.)

The girls are happy and successful, doing what they want in life, be it parenting their own children, modelling, tutoring, studying.

And, as well as working full-time as an Aboriginal Education Officer at a local school, Daniella is just months away from finishing a BA in Social Sciences (she rises at 4:30 am to fit it all in) and is contemplating post-graduate study.

Kevin is a part of it all. They talk about him often, celebrate his birthday, and acknowledge him when milestones are reached.

"When a few of my girls got married they had a little photo of him on their bouquet or they had some sort of symbol of him there," she said. "Of course, it becomes hard when you see all the grandchildren, all the grandsons, and you know that you know he would have just cherished all of them.

"Life never goes the way we planned. We just need to acknowledge that, have our moment to process it, get it together and keep moving forward."

These days, with only her two youngest still living at home, there's a nostalgia for what was. While she still spends her spare time with her girls and grandkids, she looks back fondly on the years they spent under the same roof.

"There are moments, like getting the kids ready for school and lining up their uniforms, that I think back about. I mean, who cares if your house is all spick and span... Just embrace those crazy moments because they're the memories we hold dear.

READ MORE: Daniella Borg: "I was at home with my newborn daughter when a phone call changed our lives forever."﻿

Family Rules season 3 airs week nights at 7:30 p.m. on NITV. You can catch up on previous episodes on SBS OnDemand.

pod clock a month ago