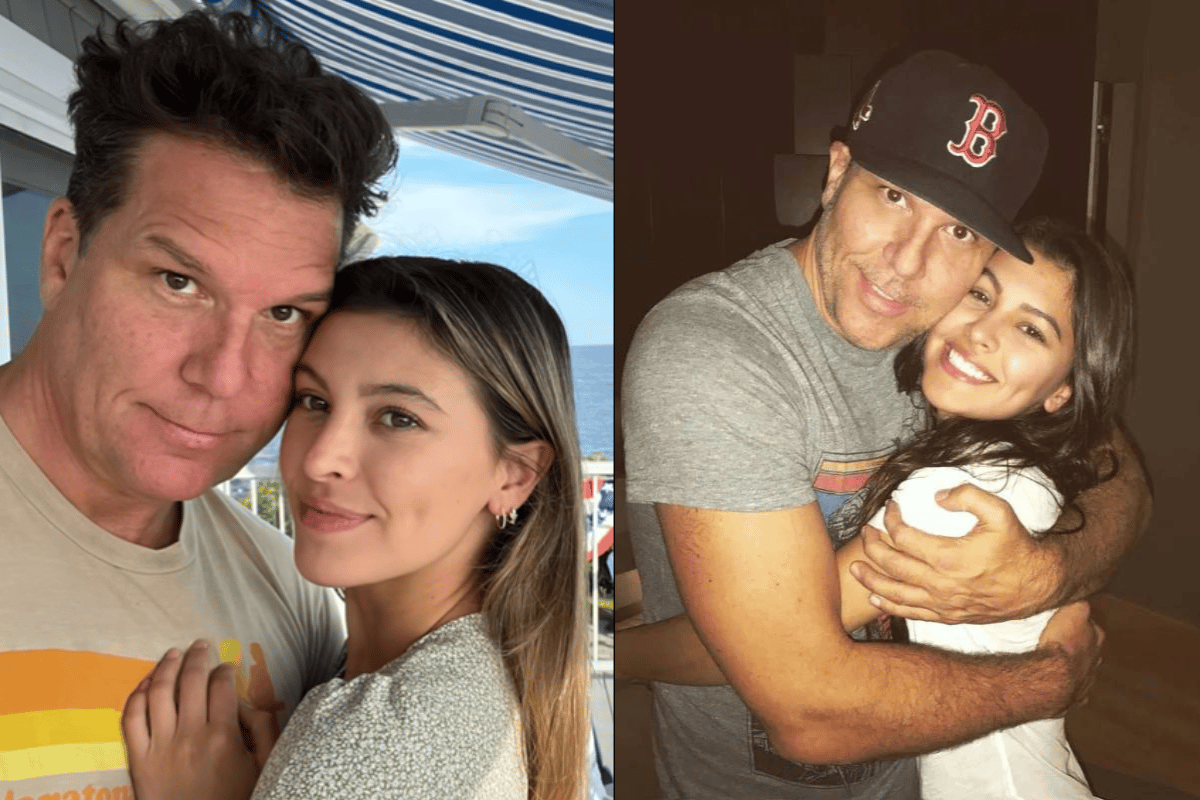 In April 2017, American comedian and actor Dane Cook introduced his new girlfriend to the world.

Her name was Kelsi Taylor – and she was freshly 18. For context, Cook was 45 at the time. And the 26-year age gap between the pair caused many to raise their eyebrows in Hollywood.

"My girl is one of my favourite people on the planet. I can't say enough good stuff about this incredible woman. I'm a lucky sap [sic] to have her by my side. #relationshipgoals," he wrote online.

For the last five years, the couple have been in a relationship, sharing plenty of pictures together on their socials, as well as doing Instagram Q&A videos about their life together and their age difference.

And this week, Cook and Taylor announced their engagement.

Here's everything we know about their relationship.

It has been widely reported that Cook met Taylor through her father, who was a friend of his. At the time, Taylor was 17.

In an Instagram Q&A in 2018, Cook said he properly met Taylor when she came to his house for a games night he was hosting.

"We were friends for a while and soon after fell in like with each and then upgraded to love," he said at the time.

It remains unclear how long the "for a while" friendship period lasted before their relationship commenced.

"When I met Kelsi I had zero idea I was actually meeting my best friend," he later said. "I've never felt so loved and I've never been able to give the amount of love that I can with her. This is a special relationship and she is a special human being and she makes me feel special too. ... I'm happier in my life and career than I've ever been before. Her support and love is the greatest." 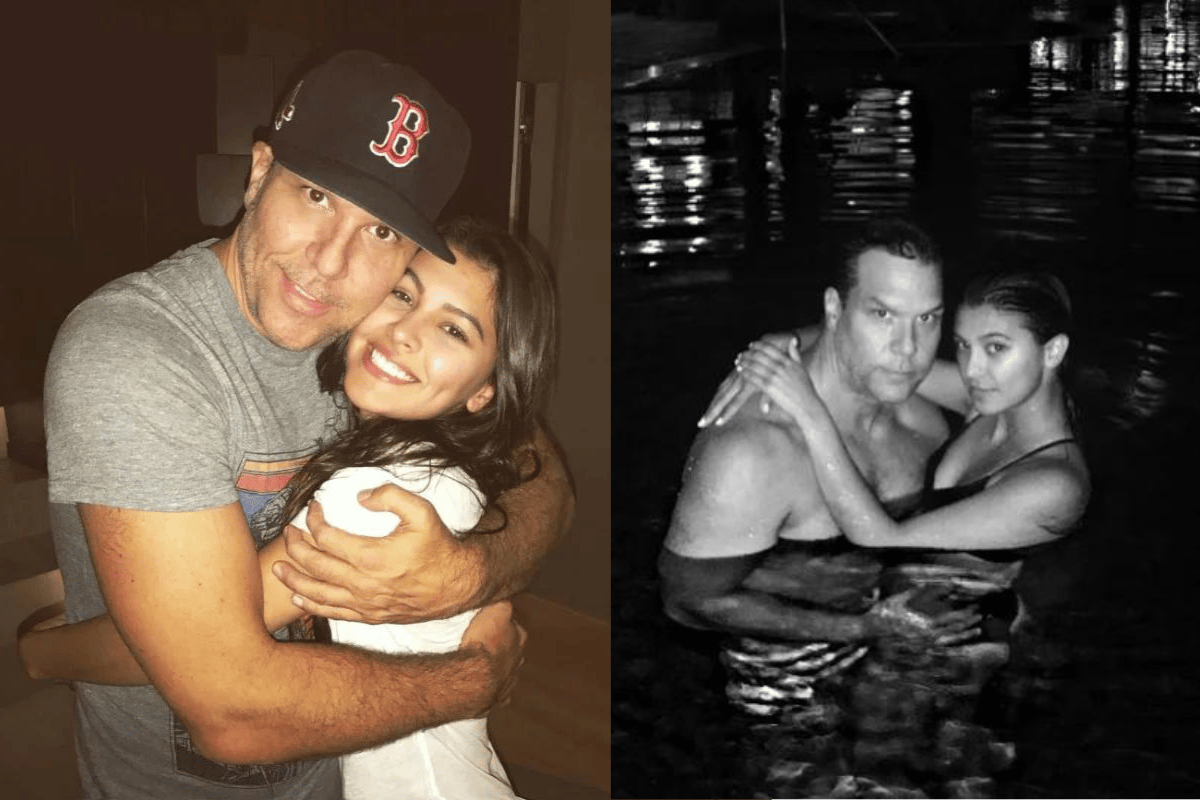 Image: Instagram @danecook. Opening up about the relationship, Cook said to the On the List with Brett Gursky podcast that he's never had a more stable relationship in his life.

"I'm one of the lucky people that's not trying to date in quarantine. Right? It’s like being in jail and having a conjugal visit. 'I hope this goes my way, I hope I don't get caught'," he joked in 2020. "I've been fortunate because I'm in a really healthy relationship with somebody, both physically healthy and the relationship itself."

What they've had to say about their age gap.

Taylor – a pilates instructor and nutritionist – hasn't said much on the relationship in interviews, rather taking to Instagram with loved-up anniversary captions and Q&A videos.

As for Cook, he has spoken openly about the age gap and the fact it hasn't been a problem for either him or Taylor, who he nicknames his "Baby, Baby" and "Little Bullet".

On a 2019 appearance on Jimmy Kimmel Live!, Cook joked: "People are like, 'You're robbing the cradle.' I was like, 'She hasn't slept in the cradle for like nine years. Relax'."

For advice that he would give to those in relationships with large age gaps, Dane said it was all okay, but to just "plan that your deaths will be somewhat far apart".

Dane Cook and Kelsi Taylor on their engagement news.

After five years of dating, Taylor, 23, and Cook, 50, announced their engagement. Cook said it was something he had been planning for quite a while, as he knew Taylor was "the one".

"I was so ready to ask her. I was completely zen about it. The evening of the proposal was incredibly beautiful, I was just quite simply very happy," he said to PEOPLE.

"I was asking my best friend, the woman who I've shared some of the greatest times of my life with, to marry me so we can start the next chapter our of lives together. I was also thinking of how absolutely stunning she looked."

He decided to propose in Maine, as that was a place they had visited in the early period of their relationship.

"When we started dating, we went there on our first trip together. It felt like the right place," he said.

As for Taylor, she told PEOPLE that she was in shock when he got down on one knee.

"The second he began to reach for his back pocket, my stomach flipped. I was also just really focused on what he was saying to me because I was trying desperately to etch the words into my brain. They were so beautiful, I really wanted to soak it in."

She said she was impressed with the fact he had organised the proposal all by himself, and designed the ring. They also FaceTimed afterwards with Taylor's mum to share the news.

As for what the future holds, Cook said that starting a family is a priority for them.

"We just want to continue to inspire each other, set a lot of goals, to build a family together, stay mindful and encouraging always, and to keep laughing through it all," he said.

"I'm about to spend the rest of my life with my favourite person and my best friend – what is there to not look forward to?"

As Taylor said: "Family has always been such an important part of my life and the idea of expanding it and starting our own family together with the man of my dreams just fills my heart."

Reply
Upvote
3 upvotes
Many red flags here - "she's my LITTLE bullet" "I call her my baby BABY" "She makes ME feel so loved and special." "I was thinking about how great she LOOKED".  Along with the age gap and probable grooming being a major problem, I'm also troubled by the reason behind his adoration. I didn't hear any talk about how smart she may be or how clever or interesting or funny she is. He's seemingly more enthralled with how young and small she is and how she makes him feel wonderful about himself. As soon as she hits middle age and doesn't look like she does now, he'll lose interest. She'll end up being either a discarded trophy wife or a widow by that point who wasted her youth on the wrong person.
Resources
Very Peri
Skin
News
General
Opinion
True Crime
Politics
Sport
Explainer
Entertainment
Celebrity
Reality TV
Movies
TV
Books
Rogue
Royal
Lifestyle
Beauty
Fashion
Weddings
Home
Wellness
Health
Fitness
Travel
Food
Family
Before The Bump
Pregnancy
Baby
Kids
Teens
School
Parent Opinion
Work & Money
Money
Finance
Career
Lady Startup