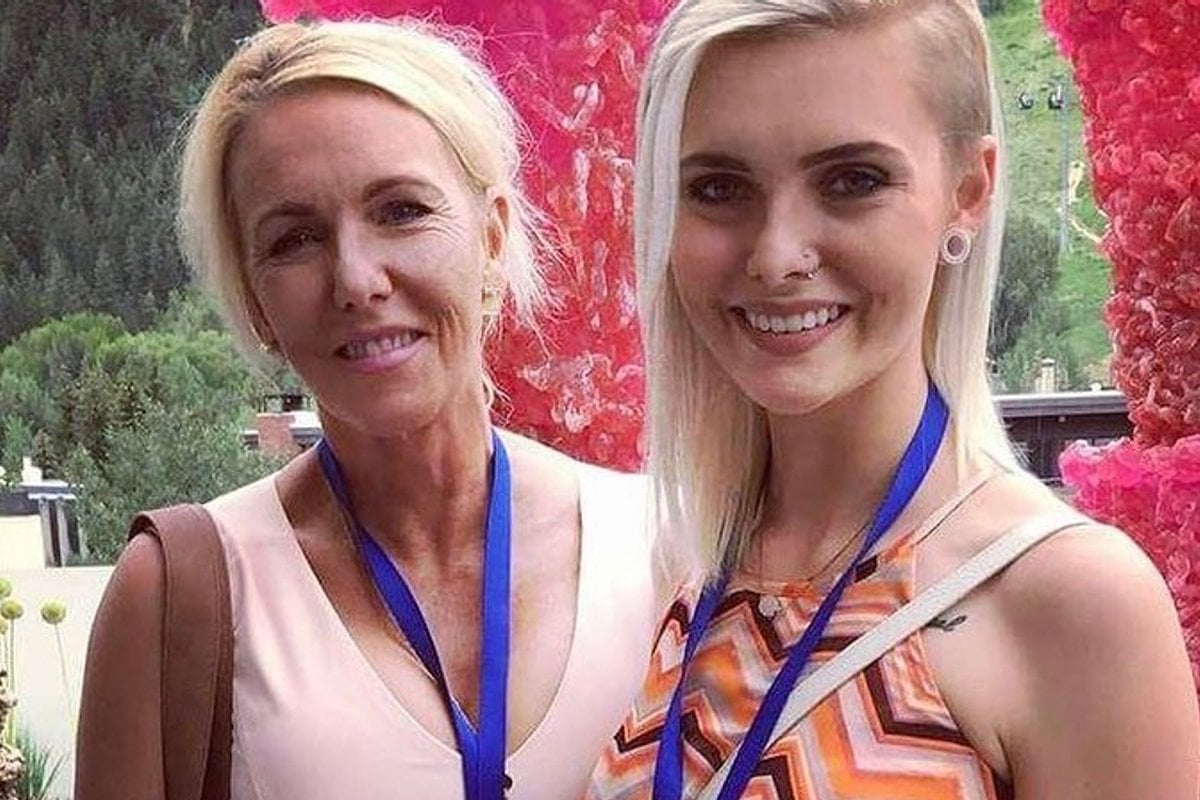 Content warning: The following deals with suicide and details of sexual assault that may be triggering.

Melinda Coleman, the mother of Netflix documentary star Daisy Coleman, has died just four months after the death of her daughter.

In August, she lost Daisy, a young woman who survived a sexual assault at the age of 14 and went on to become a fierce advocate for others who'd endured similar trauma.

"My daughter Catherine Daisy Coleman [died by suicide] tonight," Melinda posted to Facebook at the time.

"She was my best friend and amazing daughter... I wish I could have taken the pain from her! She never recovered from what those boys did to her and it's just not fair. My baby girl is gone."

Daisy, 23, was a hero to many. Her story of strength in the face of stunning injustice went around the world in 2016 via the Netflix documentary, Audrie and Daisy.

The film, which premiered at the 2016 Sundance Film Festival, explored the shame that is so often leveraged upon sexual assault survivors, the culture of disbelief and the barriers to obtaining a criminal conviction.

It charted Daisy's 2012 case in parallel with another that occurred the same year, thousands of kilometres away in California: that of Audrie Pott, a 15-year-old who was sexually assaulted by three of her classmates after falling unconscious at a house party. The assault was recorded on a mobile phone and nude photographs were circulated around her high school.

A week later, Audrie took her own life.

Her three attackers ultimately served between 30 and 45 days in juvenile hall.

The Netflix film became Audrie's voice, one that Daisy continued to amplify in the years that followed, despite her own trauma.

It was after midnight on January 8, 2012; the dead of winter in the midwestern US state of Missouri.

Daisy Coleman, 14, sneaked out of her Maryville family home to join a small gathering at a house nearby.

The boys present were friends with her older brother. They'd been at her home in the past and had been friendly to her — she trusted them.

Among the group was a popular high school senior named Matthew Barnett. He was 17, a football player and the grandson of a Missouri State Representative.

Daisy remembers being coerced into drinking cup after cup of alcohol that evening, but little else after that.

Shortly before 5am the next morning, Melinda Coleman and her son heard a noise outside her home. When they went to investigate, they found Daisy laying motionless in the snow-covered front porch. She was wearing only sweatpants and a t-shirt. Her bag and shoes had been dumped next to her. Her hair was frozen to the ground and glittering frost covered her bare skin.

She'd been left there by Barnett three hours earlier.

A medical exam at hospital later that morning discovered bruising and genital tears consistent with rape.

"It came down to my word versus his."

After police interviews, Matthew Barnett was charged with felony sexual assault but the charges were dropped just two months later. The Colemans alleged that was a product of the political connections of the boy's family.

Barnett maintained that he and Daisy had consensual sex.

Daisy said that after she and her family started raising questions about the dropped charges, she was verbally abused and harassed by peers, members of her community and complete strangers online.

"Ultimately, it came down to my word versus his, and when people sided with him, they attacked me nonstop on Facebook and Twitter because they thought I was lying," Daisy wrote in Seventeen.

"People I don't even know... were calling me a bitch, a whore, and a slut every single day. I've never been the sensitive type, but when you hear awful things about yourself everywhere you go, you can start to believe them. I started to wonder if what happened to me was my fault."

Even local authorities made their opinion clear. Nodaway County Sherriff Darren White told the Kansas City Star in 2013 that the Coleman family ought to "get over it".

Barnett ultimately pleaded guilty in January 2014 to the lessor misdemeanour charge of child endangerment for leaving Daisy out in the cold. He received two years probation, 100 hours of community service and was ordered to pay US$1800 restitution to Daisy's family.

Later speaking to the Audrie and Daisy filmmakers, Sherriff White added, "Without pointing fingers, it serves to benefit people's causes by making things up that really didn't happen and really doesn't exist. Don't underestimate the need for attention—especially young girls." 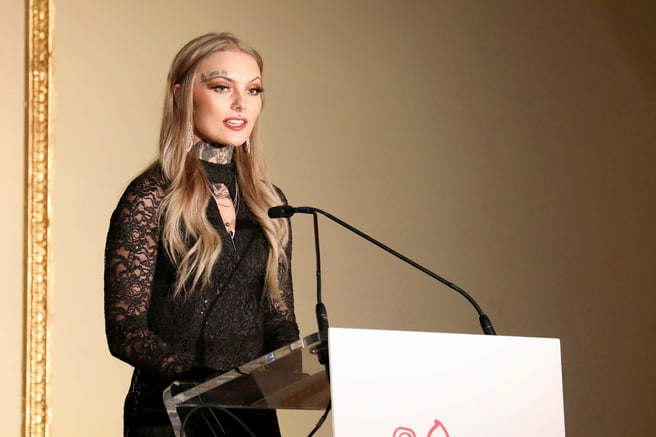 Daisy in October 2019, advocating at a charity event. Image: Getty.

After all she endured, Daisy went on to co-found an organisation called SafeBae (Before Anyone Else), a nonprofit peer-to-peer organisation that aims to prevent sexual assault among American high school students.

"I almost feel that this whole situation did strip me of being human and what I used to be," she told Democracy Now in 2016.

"But I believe that as it stripped me of everything that I used to be, I was able to start from a new building block and build onto someone else. And I think that really shaped who I am today."

After the news of her death, SafeBae released a statement expressing their shock and sadness and offering a message to the survivors on whose behalf she had fought for years.

"She would want young survivors to know they are heard, they matter, they are loved, and there are places for them to get the help they need," the organisation wrote.

"And she would want everyone else—peer allies, educators, parents, legislators, religious leaders—to come together to help stop sexual violence and help save teen lives."

SafeBae announced the news writing: "We are in shock and disbelief to share with our SafeBae family, that we lost Melinda Coleman."

It was yet another tragedy for the Coleman family, which began in 2009 when Melinda's husband Michael died in a car accident.

The family's home burned down with 'suspicious fire damage' in 2013 and in 2018, the youngest Coleman child, Tristan, died in a car accident. 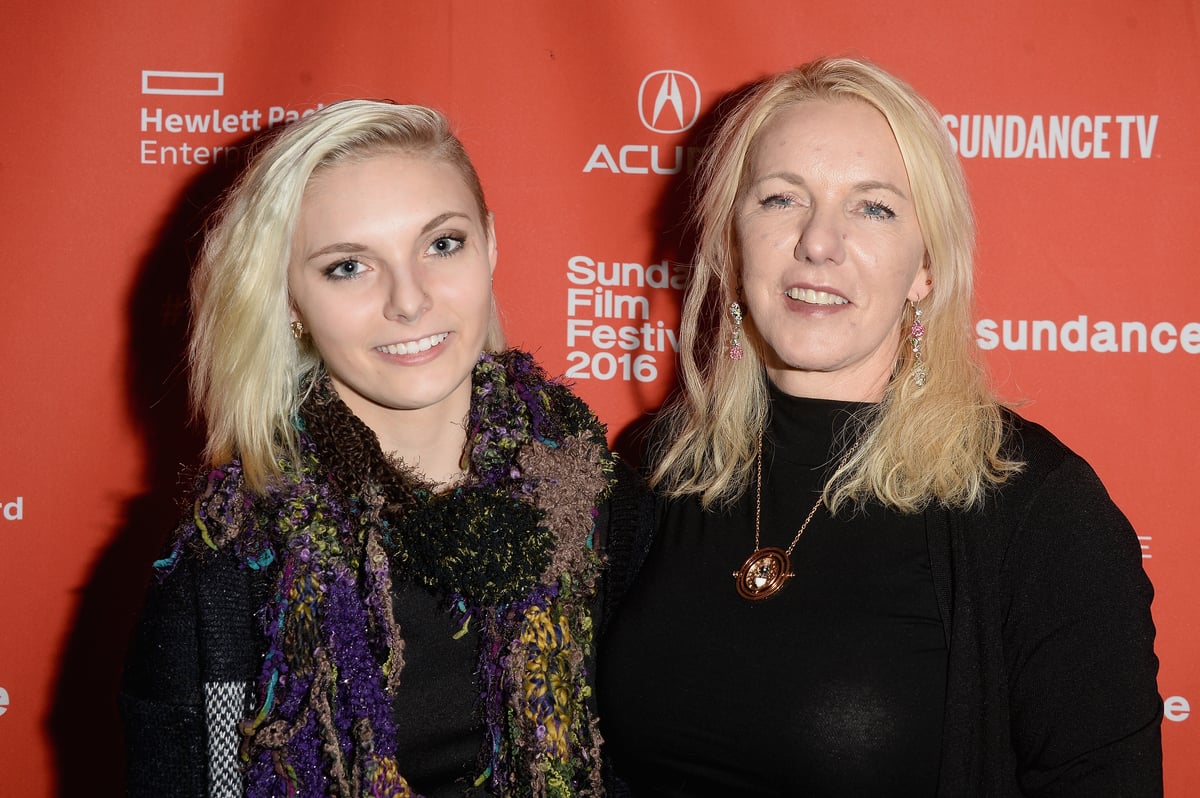 Daisy and Melinda Coleman at the Audrie & Daisy premiere during the 2016 Sundance Film Festival. Image: Getty.

"The bottomless grief of losing her husband, Tristan and Daisy was more than [Melinda] could face most days," SafeBae's statement said.

"Melinda was a gifted veterinarian, devoted mother and wife, and talented body builder. More than anything, she loved and believed in her children. It is no accident that she created some of the most gifted, passionate, and resilient children.

"Our hearts are with [Melinda's remaining sons] Logan and Charlie. There are no words for our sadness, only that if you are struggling with trauma or depression, you are not alone."

If this post brings up any issues for you, or if you just feel like you need to speak to someone, support is available 24 hours a day.

This article was originally published on August 6, 2020 and has been updated.

Reply
Upvote
2 upvotes
God, that poor family. I hope the two remaining sons have a lot of good supportive people around them right now, I can't imagine what they're going through.
gu3st 3 months ago

Reply
Upvote
4 upvotes
I just wonder why he wasn't charged for statutory rape, given Daisy was 14?
Heartbreaking. Small town America throws up some horrors.
cat 3 months ago