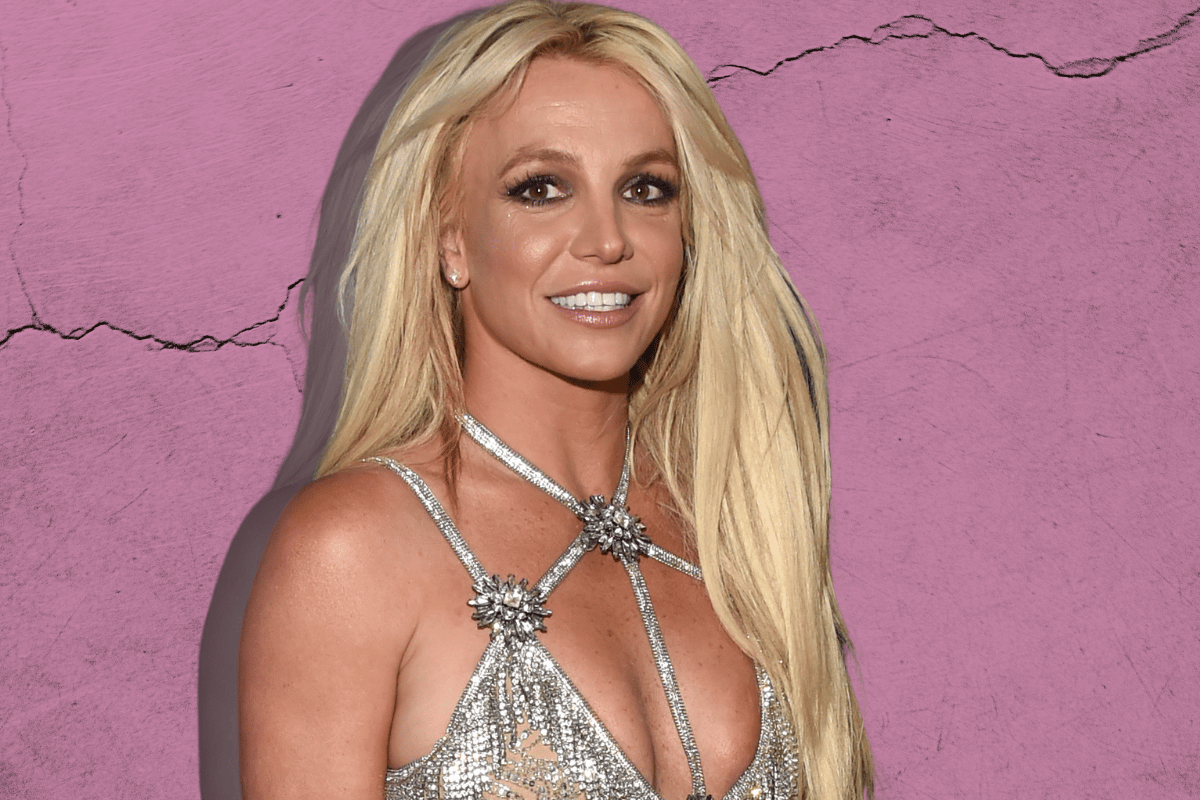 If you've been anywhere near the internet over the past few weeks, you would have heard people talking about the new Britney Spears documentary. And for good reason.

The tell-all documentary, Framing Britney Spears, delves into the singer's career and life in the spotlight, including her treatment by the media, her 13-year legal conservatorship, and the ever growing #FreeBritney movement.

Watch the trailer for Framing Britney Spears. Post continues below.

Video via The New York Times.

The documentary was released by The New York Times on February 5 and has already garnered responses from notable celebrities and got the whole world talking about Britney.

After initially appearing on a number of YouTube channels (and subsequently being taken down), the documentary will officially air in Australia on Tuesday, March 2.

Here's everything you need to know about Framing Britney Spears (and most improtantly, how to view it in Australia).

Who made Framing Britney Spears, and why?

Framing Britney Spears is part of The New York Times Presents series, which has previously covered topics like the coronavirus pandemic and the killing of Breonna Taylor.

The documentary aims to shine a light on the ongoing legal battle surrounding Britney's 13 year conservatorship, which started when her father Jamie Spears filed for a temporary conservatorship over her estate in 2008, alongside attorney Andrew Wallet.

Last year, her father took over as sole conservator when Wallet stepped aside, effectively giving him control of Spears' estate, plus financial and personal assets.

But the documentary was never originally about that.

"Originally we pitched it as a look back at media coverage of Britney," the director and producer Samantha Stark told Sky News.

"A lot of it when you look at it through a 2020 lens - it was 2020 [when the documentary was made] - it's so appalling, misogynistic, surprising that, you know, late-night hosts are making fun of a teenager's breasts. Would we do that today?"

"These court documents dropped where Britney indicated that she didn't want her father in charge of her money anymore. And that was a huge thing."

Listen to Mamamia's daily entertainment podcast, The Spill, where hosts Laura and Kee discuss the missing names in the Britney Spears case. Post continues after podcast.

What is Framing Britney Spears about?

The documentary tells the sobering story of the rise and fall of Britney Spears in the public eye. Not only does it cover the #FreeBritney movement and legal battle, but it also offers insight into the way the 39-year-old has been treated by misogynistic media throughout her life.

During the documentary, we see interviewers ask Britney about her "breasts" and whether she is a virgin. We also see Britney being made fun of by comedians following her 2007/2008 troubles. In once instance, we're shown a clip from a Family Feud episode where contestants were asked to name things "Britney Spears has lost". One of the top answers was "her mind".

The answers for the Family Feud survey “Things Britney Spears lost this year” in 2008 🥺 pic.twitter.com/Xl5FYr5YB6

We also get to see the story behind the most highly publicised moments of Spears' life, including the aftermath of her relationship with Justin Timberlake, as well as the infamous head-shaving incident and the photos of her smashing a car with an umbrella.

The documentary also calls on key people in Spears' life, including a lifelong family friend, the marketing executive who originally created the singer's image and a lawyer who's currently working on the conservatorship.

Where to watch Framing Britney Spears in Australia.

Framing Britney Spears will air on Channel Nine on Tuesday, March 2 at 9pm. It will also be available to view on 9Now.

Previously, it was available to watch on YouTube, but the videos have since been taken down.

What has happened since the documentary was released?

Since the documentary has been released, many celebrities have voiced their support for Spears and the #FreeBritney movement, including Sarah Jessica Parker and talk show host Andy Cohen.

🌞 Good morning!🌞 have a great day! And: #FreeBritney

Spears also shared a post to her 27.5 million followers on Instagram where she explained that she's "taking the time to learn and be a normal person".

"I’ll always love being on stage... but I am taking the time to learn and be a normal person... I love simply enjoying the basics of every day life!" she captioned a video of her performing 'Toxic' three years ago.

"Each person has their story and their take on other people’s stories !!!! We all have so many different bright beautiful lives!!!"

"Remember, no matter what we think we know about a person's life it is nothing compared to the actual person living behind the lens," she concluded the post.

This article was originally published on February 10 and has been since updated.

For more on this topic read: