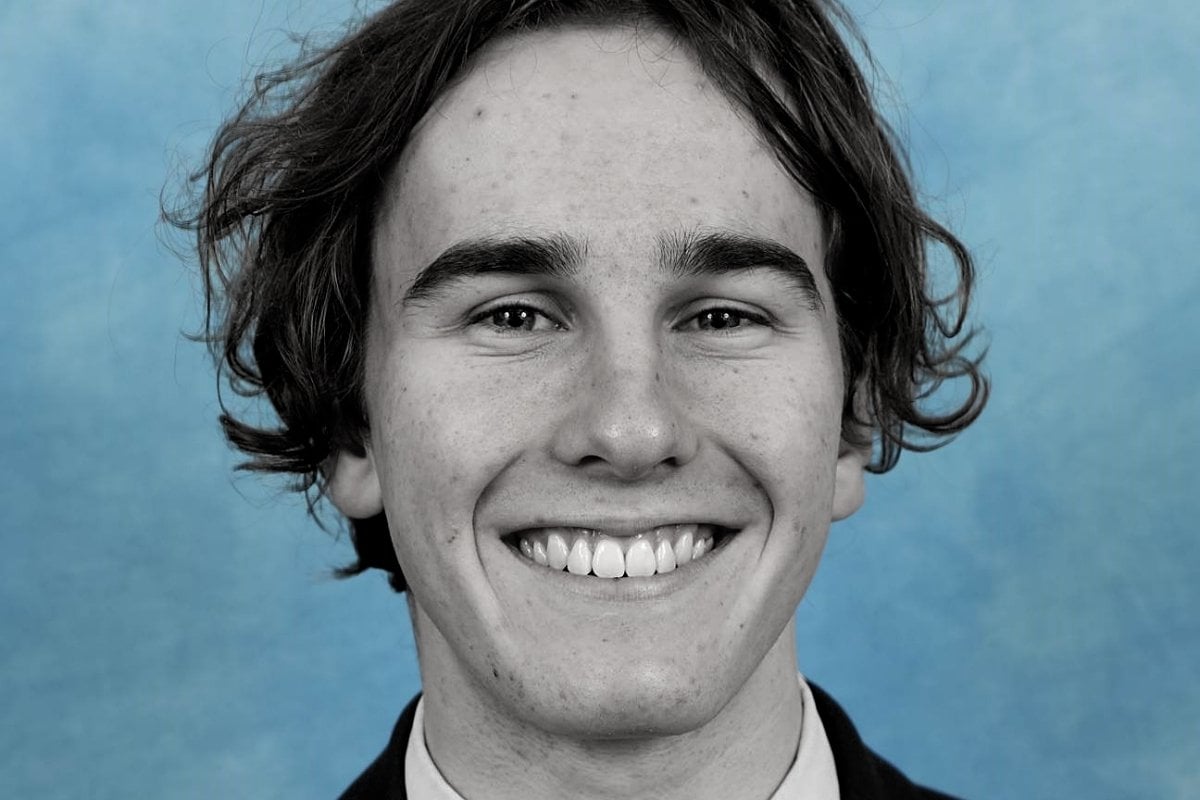 On Saturday night in Sydney, a mother and father lost their son. Children lost a dear friend. A school lost a "brilliant and talented young man" who was an accomplished swimmer and violinist, an outstanding student, and a role model to those in younger year groups.

Thomas Van Dijk, a Year 12 pupil at St Pius X College in the suburb of Chatswood, died after suffering a cardiac arrest while swimming with his family.

The news was announced publicly via a statement from the school's principal. But while the statement celebrated his life, thanks to a deeply misguided minority, a portion had to be devoted to combating lies about his death.

Dozens of social media users had mindlessly, insensitively parroted a rumour that Thomas had died after receiving a COVID-19 injection as part of the vaccination program for Year 12 students recently held at Sydney Olympic Park in western Sydney.

"So many teenage boys are being diagnosed with myocarditis after being jabbed, and tragically Tom has had his life taken away," one wrote.

''It's been confirmed, last night, by a friend of Tom's family, that he received the Pfizer vaccine," wrote another.

There was even talk about the family being forced to sign non-disclosure agreements and suppression orders preventing them from mentioning his vaccine status publicly.

Only, none of it was true.

"The College and Tom’s family wish to make it very clear that: Tom was not vaccinated," St Pius X College Principal John Couani wrote in a statement.

"He was not eligible for vaccination due to his age; St Pius X College is not located in one of the Sydney metropolitan LGAs of concern and there has not been any vaccination program offered to our Year 12 students by the NSW Government at this point; Tom had a negative COVID-19 test at the hospital; There were no mental health and wellbeing concerns," the school's principal wrote in a statement.

This boy's death had nothing to do with the coronavirus nor the vaccines created to minimise its harm.

This boy's death had been co-opted to suit an anti-vaccination agenda.

Over the past week, there have been a number of similar falsehoods circulating among online anti-vaccination communities.

Among the most potent is that two or three children died as a result of the Year 12 vaccination program at Olympic Park.

The initiative, which was staged at Qudos Bank Arena between August 9 to August 14, offered the jab to students who were completing Year 12 at a school located in one of 12 local government areas worst-affected by Sydney's Delta outbreak.

One widely shared anti-vaccination video uses unverified photographs of collapsed teenagers, provides false data about the number of vaccines administered, and asserts that "three of the children that were led into this sports arena, turned into a mass child inoculation or euthanasia centre, have succumbed to the jab".

Again, none of it is true.

Health authorities, who have been routinely reporting the rare adverse and fatal reactions to COVID-19 vaccines, have not recorded a single death among COVID-19 vaccine recipients aged 18 and under.

But as Dr Jovan Byford, Senior Lecturer in Psychology at The Open University, puts it, conspiracy theories don't seduce subscribers "through the power of argument, but through the intensity of the passions that they stir".

And few things stir emotions more intensely than the idea of children being harmed.

Listen: This interview about vaccinations nearly didn’t happen, and it’s really important that you know why. (Post continues below.)

Throw in other factors like social media algorithms, political views, and feelings of uncertainty or loss of control, and people can become consumed by that idea, regardless of whether it's factual.

Faced with that kind of fear, their capacity for reason crumbles, and rigid concepts like 'science', 'evidence' and 'expert' slowly become malleable.

Faced with that kind of fear, they usually reserve trust for those that share it. They don't believe the messaging of most established media, scientific institutions, doctors, governments, and more.

Faced with that kind of fear, they don't even believe the families of those who've died from vaccine-preventable diseases; grieving mothers and fathers who've had their children pass away in their arms.

Parents like Toni and David McCaffery, who were hounded after their four-week-old daughter, Dana, died of whooping cough in March 2009.

When the couple began speaking publicly about the importance of vaccination, strangers harassed them on social media, demanding proof of their little girl's cause of death. At least one rang the hospital that had treated her, hoping to access her medical records.

It was a similar situation for the Hughes family, who became a leading voice on vaccine awareness after their baby, Riley, died in March 2015.

Ever since, Catherine and Greg Hughes, founders of the Immunisation Foundation of Australia, have been targeted by social media users who've accused them not only of being "baby killers" for advocating for vaccinations during pregnancy but of accepting money from pharmaceutical companies to (now, steel yourself here) "promote the death of their baby".

It's hard to reconcile. The anti-vaxxers responsible for this kind of cruelty claim to be so invested in preventing harm, yet are clearly prepared to contribute to a family's suffering. They urge people to 'do their own research', to 'stop being sheep', yet so readily buy into rumour. They claim to act in the best interests of children, but are prepared to exploit their deaths for their own agenda.

I guess that's what fear can do to a person.

Reply
Upvote
An influencer who promoted the conspiracy theory that Thomas' death was due to the vaccine is continuing to spread misinformation about covid. There is a petition out that readers might be interested in signing. It's already gone viral. https://www.pedestrian.tv/online/petition-ban-anti-vaxxer-influencers-instagram/
M
maya 9 months ago